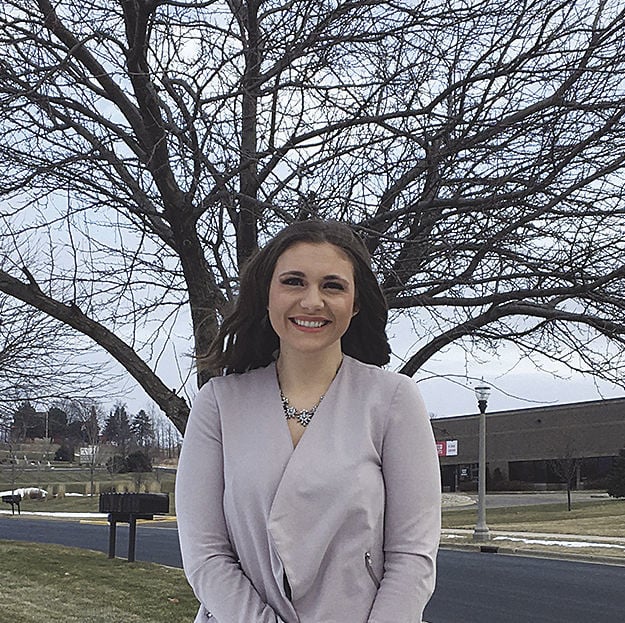 Sierra Gillespie became a weekend news anchor and reporter for NBC15 in April. She graduated from Waunakee High School in 2011. 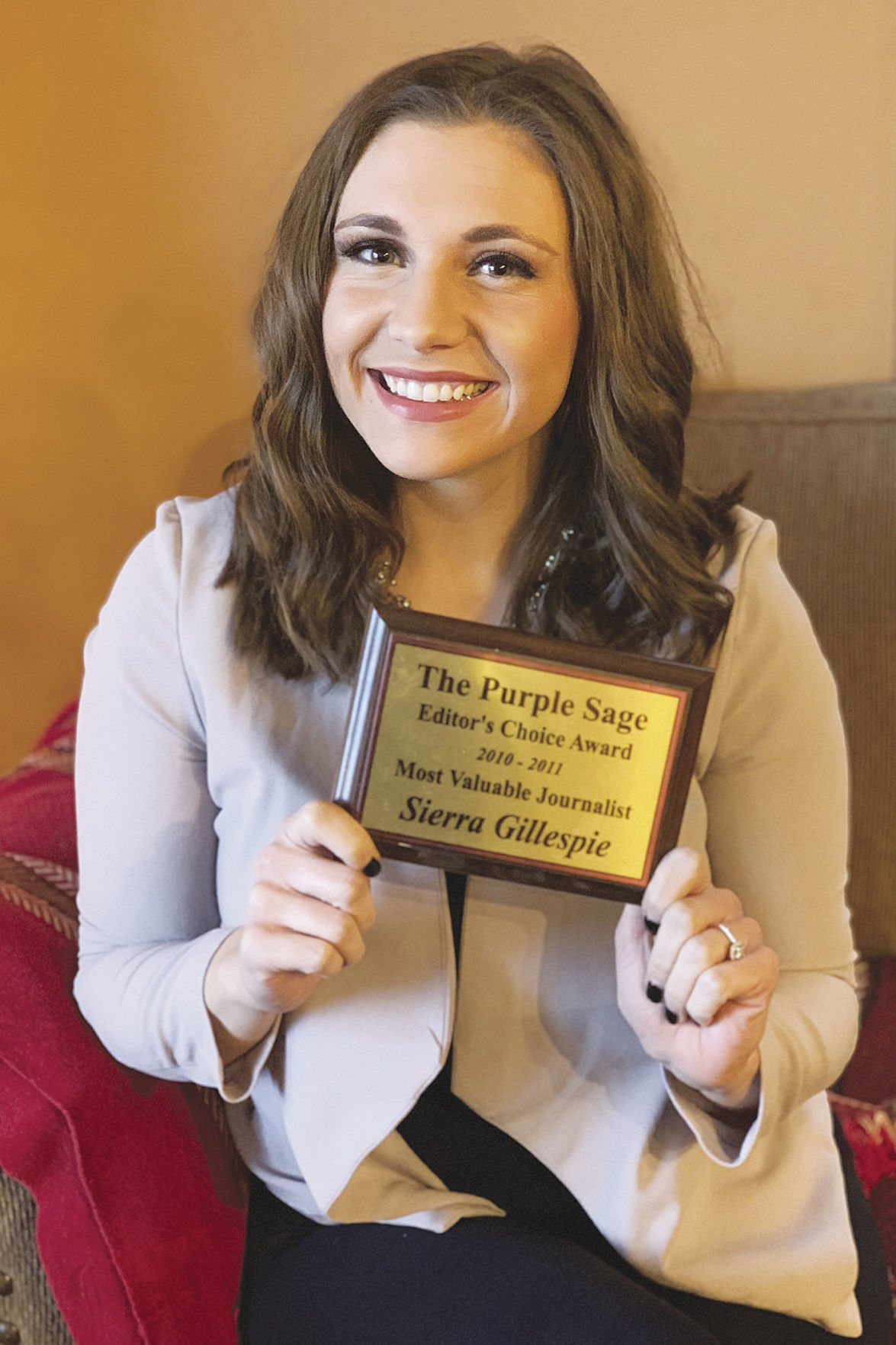 Gillespie shows off the Most Valuable Journalist award she earned for 2010-2011 at the Purple Sage, Waunakee High School’s student-run newspaper.

Sierra Gillespie became a weekend news anchor and reporter for NBC15 in April. She graduated from Waunakee High School in 2011.

Gillespie shows off the Most Valuable Journalist award she earned for 2010-2011 at the Purple Sage, Waunakee High School’s student-run newspaper.

Waunakee High School graduate Sierra Gillespie has been making headlines in Madison recently thanks to her new job. The 26-year-old became a weekend news anchor for NBC15 in April.

The up-and-coming journalist said she’s honored to be covering the Madison community.

“I really love the city,” Gillespie said. “It was a great place to grow up. And I didn’t realize, until I actually moved, how cool Madison is. I kind of took for granted where I was from, and how progressive and interesting of a place it is.”

Gillespie was born in Madison during the early ’90s.

Having grown up in the area, Gillespie said she remembers watching local news programs on WOLX and NBC15 from time to time as a young child.

“I remember watching ‘Wake Up Wisconsin,’” Gillespie said. “I didn’t really watch Channel 3, although I do remember watching Charlie Shortino. He’s like a local celebrity. He’s been on air my entire life. I’m 26, and he’s worked there for 26 years. So he’s like a legend.”

Gillespie got her own start in journalism writing for Waunakee High School’s student-run paper, the Purple Sage, where she served as entertainment editor and a contributor for other sections.

Her experience at the paper would lay the foundation for a career in journalism.

“Working at the Purple Sage really gave me discipline for being a good writer,” Gillespie said. “It helped me meet deadlines, which is something that is very valuable now. It’s funny, though, because we were only a monthly newspaper.”

Gillespie admitted she was initially overwhelmed by the amount of work it required.

“I remember being like, ‘I have to get three stories in each month!’” Gillespie said. “Now, that would be quite the luxury. But when you’re in high school, you have so much other stuff to do.”

There, the rookie reporter came to understand the importance of news deadlines.

“That was very valuable,” Gillespie said, “learning the discipline of a deadline and editing. And that’s really where I was introduced to the newsroom culture, because the people who gravitate toward news are different…They’re invested in what’s going on around them and pay attention.”

Following graduation, Gillespie decided to pursue a degree in journalism and telecommunication at Ball State University – a college known for its robust communications program.

“That’s why I chose Ball State,” Gillespie said, “because I knew they had a good journalism program – especially for on-camera – which is what I wanted… I thought I’d just sit in front of a camera and talk, and everything would be great.”

Gillespie would soon learn the reality of the broadcasting industry.

After graduating from the university in 2015, Gillespie took a job as a news producer for WBAY in Green Bay, writing content for two of the station’s hour-long news broadcasts.

“I started on the weekend morning show,” Gillespie said. “That meant 12-hour shifts overnight, weekends, right out of college. It was very rough. But I just kept working as a producer, kind of behind the camera, until I could work my way in front of it.”

In 2017, her hard work began to pay off as she became a full-time reporter for the station.

Gillespie continued working behind the scenes until a part-time anchor position opened up shortly thereafter. She applied, and was eventually hired for the job.

Gillespie said it was like a dream come true.

“An anchor is like the star of the show,” Gillespie said. “You’re the one who reads all the stories. We would have a reporter who would focus on getting all the nitty-gritty details, and they’d edit the video. And then, basically, I just sat there and read it.”

When she noticed that an anchor position had become available at a Madison station in 2019, Gillespie jumped at the opportunity.

“It was kind of hard for me to leave Green Bay,” Gillespie said, “because I literally did every job in the building except for meteorologist. I did everything from digital to web, behind the scenes. I would shoot live shots for other people, and do my own live shots. And I would write.”

The Waunakee native said she wanted to anchor in her home community, though.

“Madison is more of a starter market,” Gillespie said. “But I moved back here because I wanted to be an anchor. I just wanted anchoring experience. And also, I’m planning to get married in June of this year, in Sun Prairie… So we thought that we might as well stay here.”