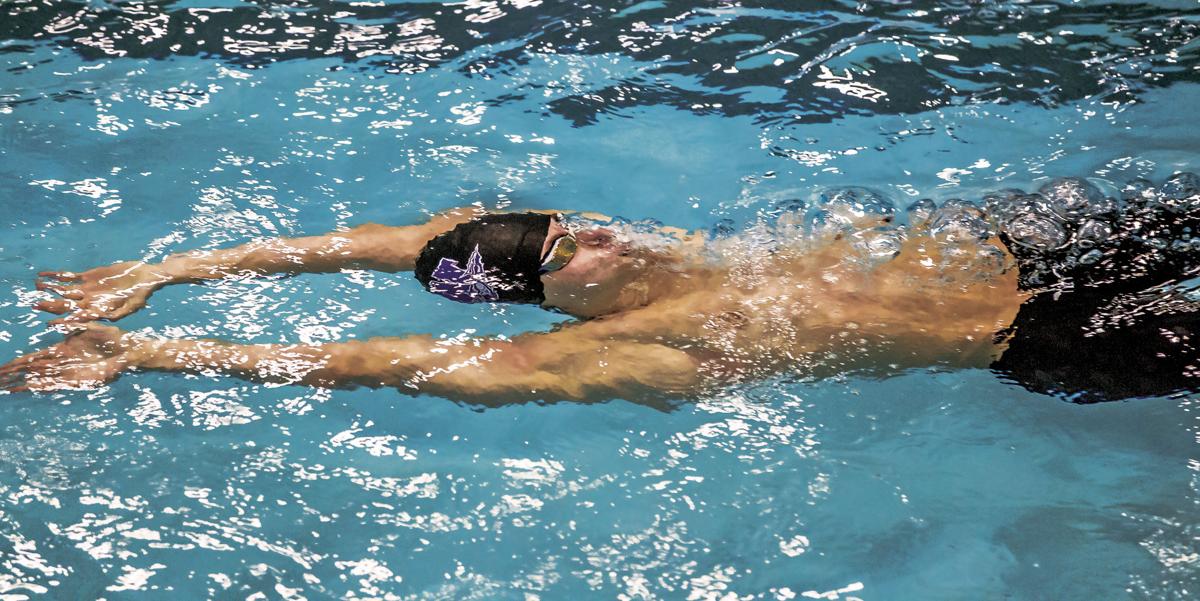 Zach Vinson glides beneath the surface of the water during the final leg of his 100 backstroke race. Vinson placed 12th in the race with a time of 53.04. 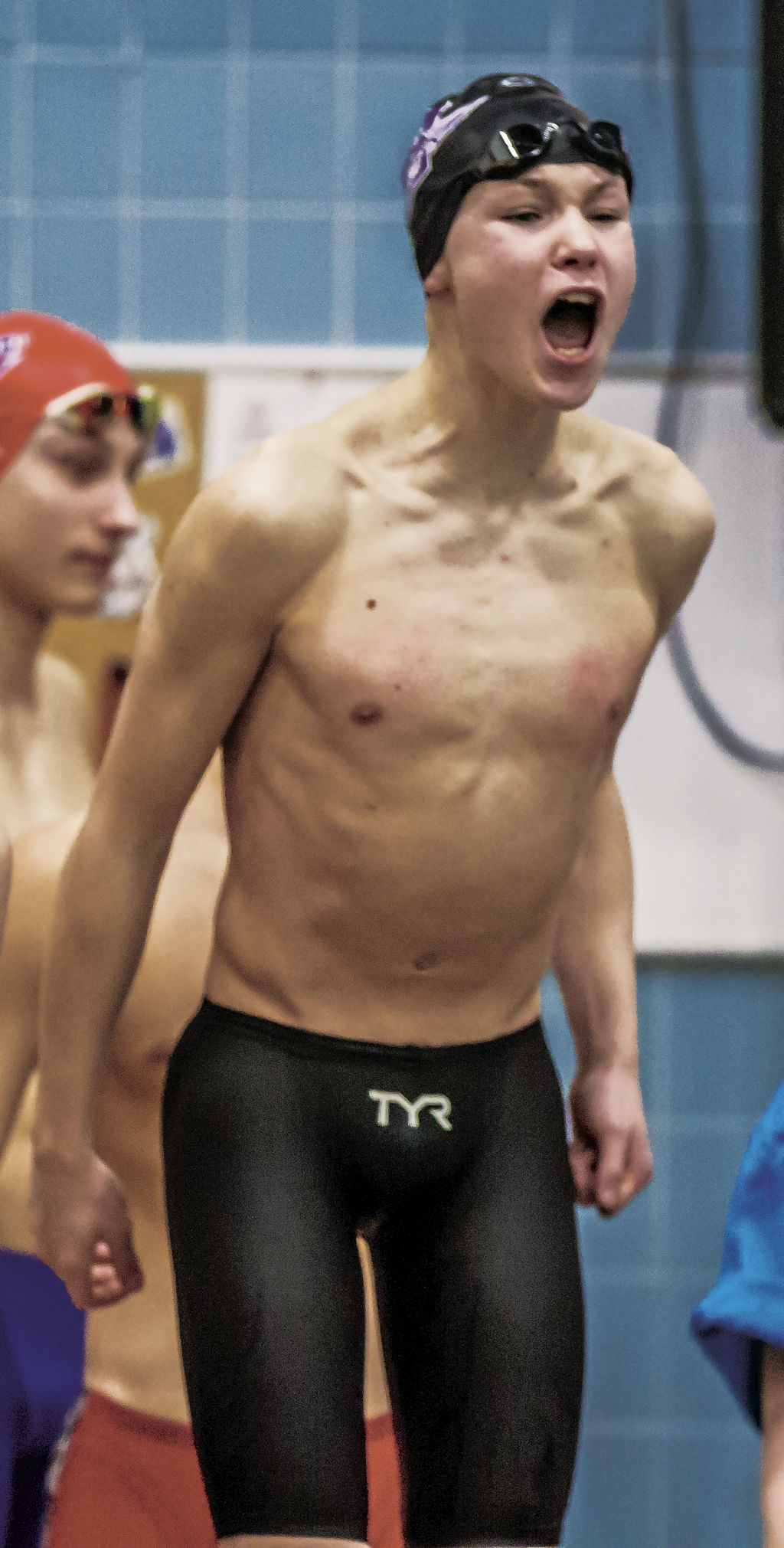 Paul Busse erupts as he encourages his teammates in the 400 freestyle relay.

Zach Vinson glides beneath the surface of the water during the final leg of his 100 backstroke race. Vinson placed 12th in the race with a time of 53.04.

Paul Busse erupts as he encourages his teammates in the 400 freestyle relay.

“It was a madhouse,” Waunakee’s Nolan Wallace said of his first experience at the WIAA State Swim Meet. “It was so packed, and some of the races were so intense, the fans get so loud, that it’s kind of hard not to get hyped up.”

Wallace and three of his teammates – Paul Busse, Luke Kobza and Zach Vinson – completed the season for the Waunakee boys’ swim team, competing at the UW-Madison Natatorium on Saturday evening.

With five events split up between the four swimmers, the Warriors came ready to put fast times on the board from the start.

In the opening heat of the 200 medley relay, Waunakee’s quartet hit goal number one by breaking the 1:40 barrier.

“We weren’t coming here to be state champions or anything,” said Busse. “But we had goals and we all were pretty close to meeting – if not meeting – those goals.”

Next up were a trio of individual races: the 500 freestyle from Kobza sandwiched by the 100 butterfly and 100 backstroke from Vinson.

In between, Kobza bested his sectional mark in the 500 freestyle, cutting over a second with his time of 4:50.02.

“We all dropped times,” said Kobza. “Just missed the records, but we’ve got next year.”

Waunakee’s final race came in the 400 freestyle relay, where Kobza, Busse, Wallace and Vinson combined to shave nearly two and a half seconds off last week’s time to finish 19th in 3:18.37.

“I think we crushed it,” said Vinson: the elder statesmen of the group, having competed in six different events over his three trips to state.

“It was epic,” added Busse. “The environment is pretty sweet; it’s easy to swim fast.”

The outlook appears bright for the Warriors; all four of their representatives to the state meet will return in 2020-21, giving the team an abundance of leadership heading into a new season.