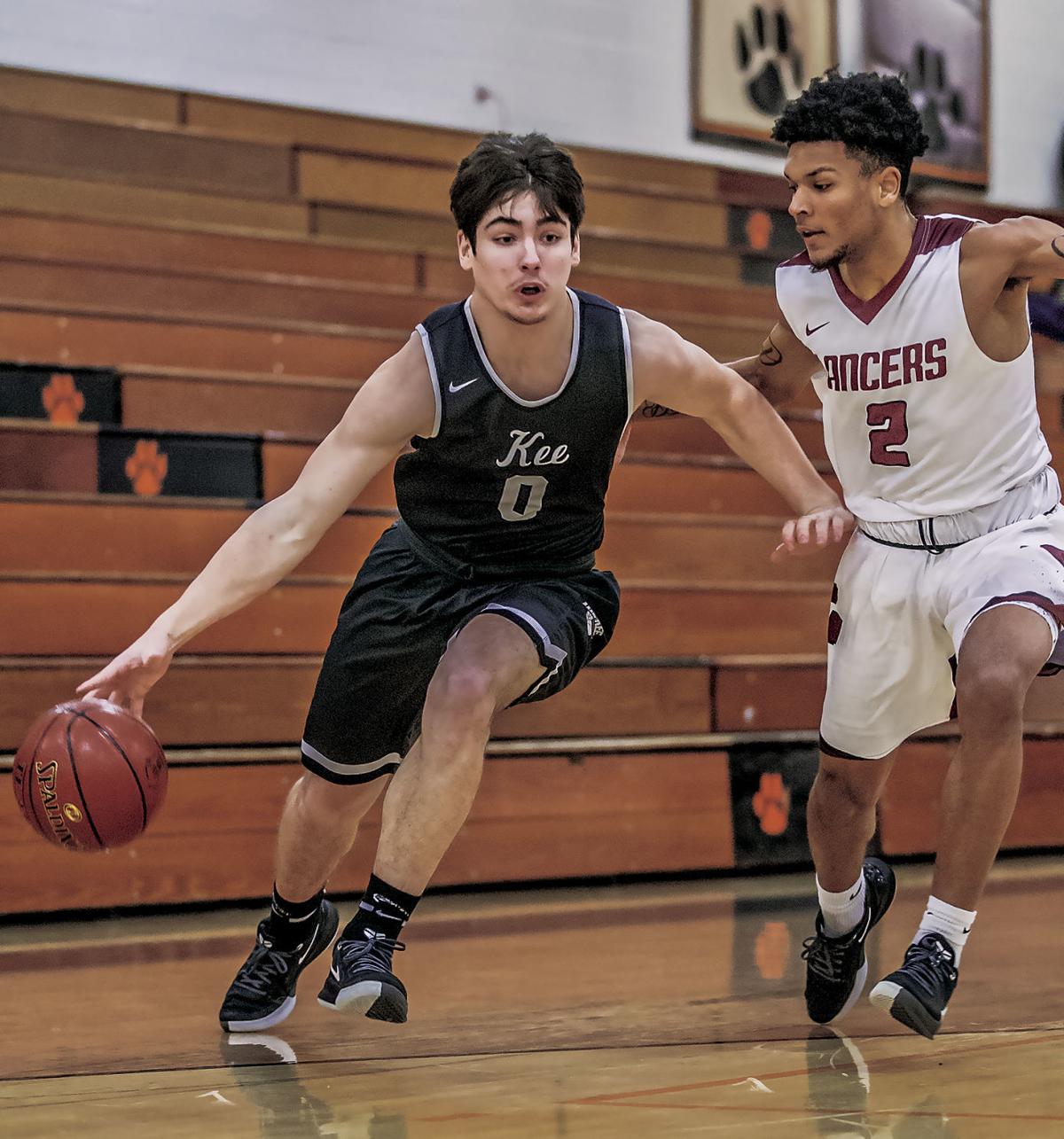 Caden Nelson drives to the rim during Waunakee’s postseason game against La Follette. Nelson led all players with 22 points in the 83-67 Warrior loss. 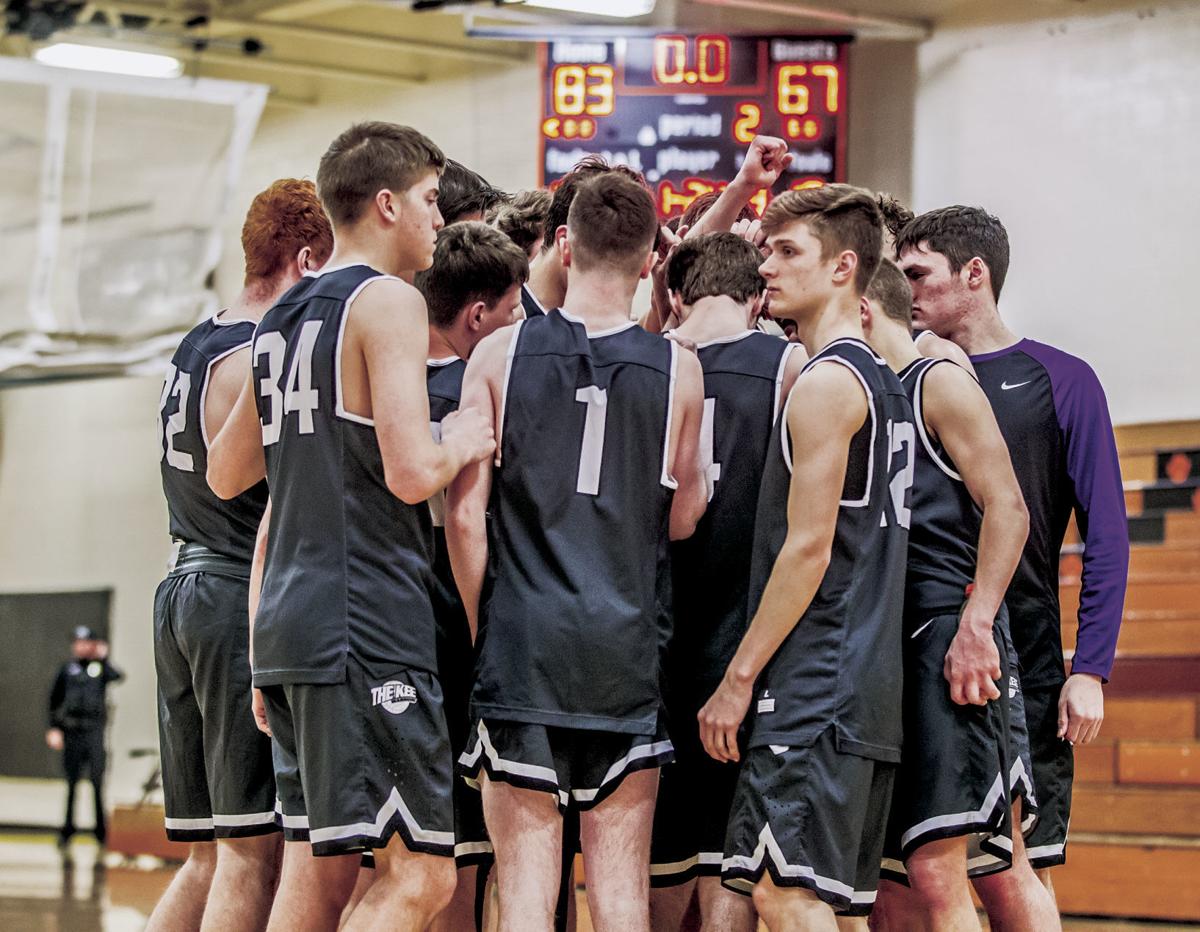 The Waunakee boys’ basketball team gathers for one final huddle following their loss to Madison La Follette on Thursday.

Caden Nelson drives to the rim during Waunakee’s postseason game against La Follette. Nelson led all players with 22 points in the 83-67 Warrior loss.

The Waunakee boys’ basketball team gathers for one final huddle following their loss to Madison La Follette on Thursday.

When sectionals roll around, the Waunakee boys’ basketball team usually knows what sort of atmosphere to expect. They expect a raucous student section, a gym that’s packed to the brim, a crowd that might be standing-room only.

When the Warriors made the trip to Verona to play in their WIAA Sectional Semifinal against Madison La Follette, they were greeted with an unfamiliar atmosphere. Not one fan awaited the team at Verona High School’s gymnasium, with concerns over the coronavirus forcing the WIAA to play the most important games of the season in front of empty arenas.

Even with fan support in the stands lacking, both teams came ready to play, and the game had all the makings of a drag-down defensive fight early on. The Warriors scored only one basket in the game’s first four and a half minutes, but were able to play effectively on the other end of the court, limiting the Lancers’ lead to just five points at the 13:45 mark.

A Jaxson Zibell three-pointer sparked the Warriors’ offense from there, cutting La Follette’s lead to 8-6, finally putting Waunakee into rhythm.

“Once the game got going, you’re just in the middle of it,” said MacKenzie of the team’s response to playing in front of an empty arena. “It doesn’t seem that different.”

The teams continued to battle early in the first half, with an Aidan Driscoll three making it a 15-12 game in favor of the Lancers with 9:47 to go until halftime.

At that point, Waunakee’s offense went cold. Against the top-seeded – and top-ranked – Lancers, a five-minute cold stretch is a game-ender for most teams.

La Follette turned their 15-12 lead into a 34-12 advantage over the course of the next five minutes, putting the Warrior season in danger. Waunakee finally manufactured some points in the final four minutes of the half – with six coming from Caden Nelson – to prevent La Follette from extending their lead before heading into the locker room. At the half, the Warriors trailed 45-22.

“It’s hard to come back from that,” added MacKenzie. “[La Follette] is relentless; they don’t stop. They smell blood in the water and they go after you.”

With their season hanging by a thread, Waunakee opened the second half by proving they wouldn’t go away quietly. Nelson, Andrew Keller and Jack Dotzler combined to score nine unanswered points in the first two minutes, cutting the Lancer lead to 45-31.

“Our guys made a good run in the second half,” MacKenzie said of his team’s response after halftime. “A lot of teams could have just quit… It was a good run.”

The Warriors continued to battle, however, getting to the free-throw line on offense and making opportunistic plays – drawing charges, forcing steals and making timely blocks – on defense to record a 13-4 run over four minutes, clawing to within 10 points: 72-62 after a pair of free throws from Nelson.

Waunakee’s comeback came to an unfortunate end at that point; the Warriors were never able to draw within single digits, and La Follette pushed their lead back to 19 in the game’s waning seconds.

Warrior senior Oleg Novinski capped Waunakee’s season with a banked-in three at the final buzzer, giving the game its final score of 83-67.

Nelson led all scorers with 22 points on the night, followed by Keller with 15 and Zibell with 12. Dotzler added six points, and Driscoll, Caden Hough and Novinski each scored three. Jake May tallied two points, and Casey Fischer rounded out the scoring with one point.

Just hours after the game’s final whistle, the WIAA announced the cancellation of all remaining tournament games. Waunakee’s final record on the season stands at 19-6.