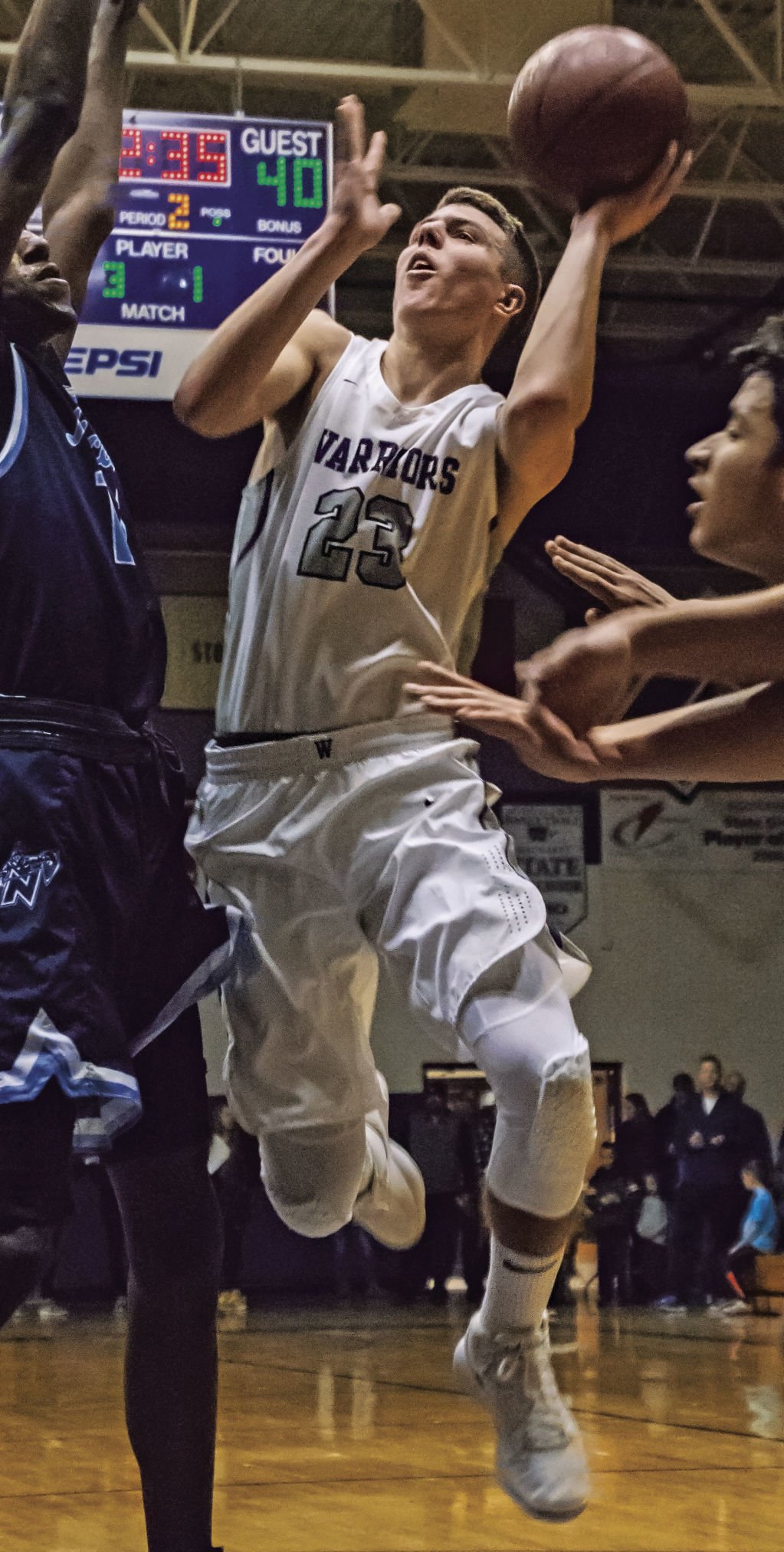 Mitch Listau graduated from Waunakee High School in 2018 as the leading scorer in school history for the boys’ basketball program. 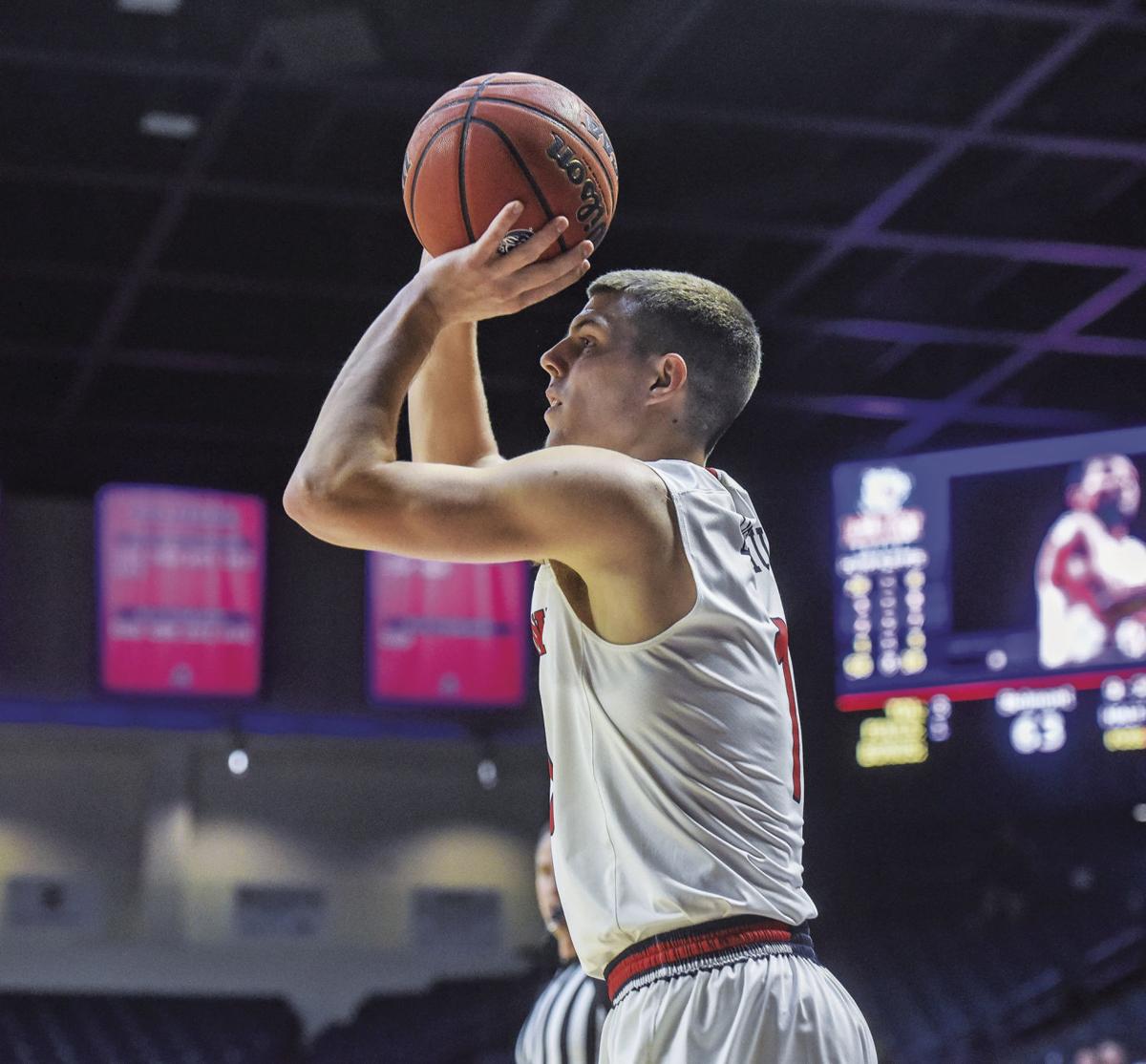 Mitch Listau has been a three-point specialist for the Belmont Bruins in 2019-20. As a redshirt freshman, Listau hit 36 percent of his shots from beyond the arc as the Bruins qualified for the NCAA Tournament, defeating Murray State in the Ohio Valley Conference Tournament Championship. 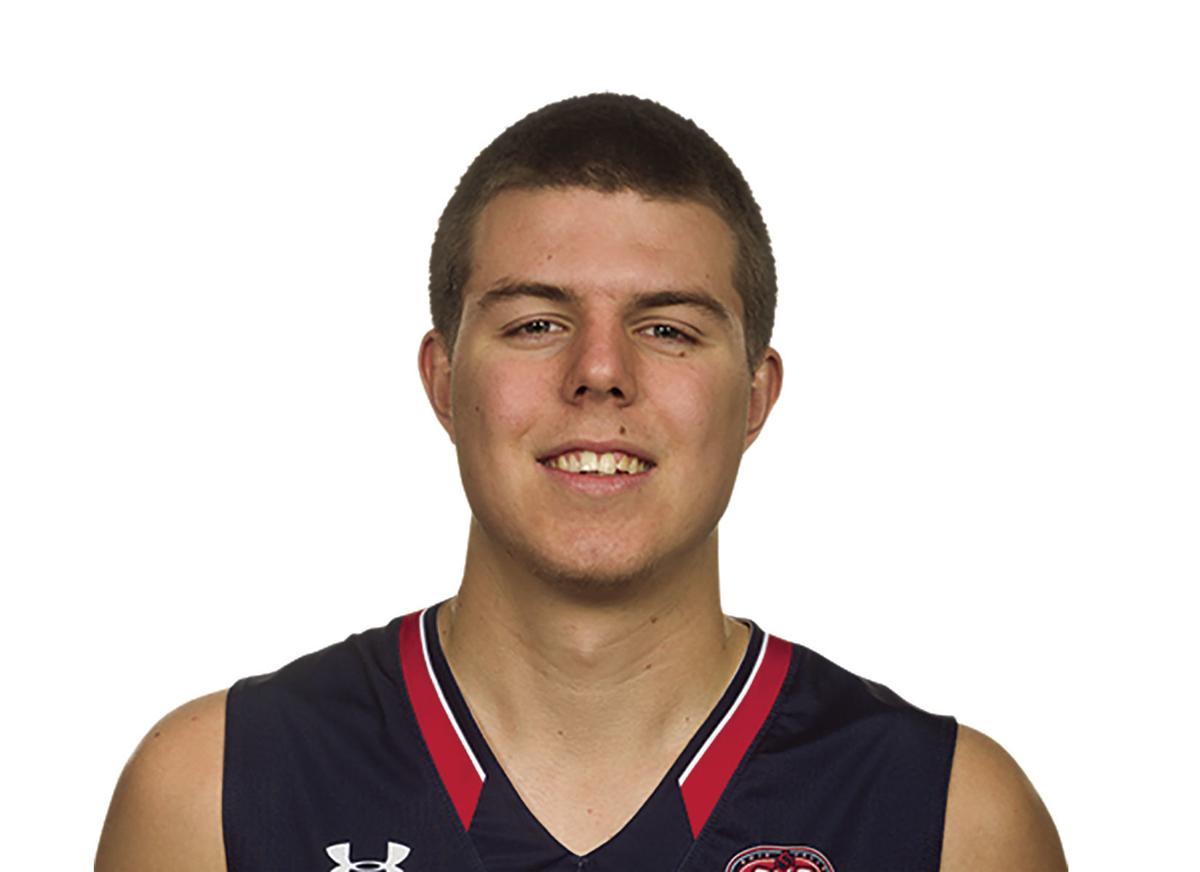 Mitch Listau graduated from Waunakee High School in 2018 as the leading scorer in school history for the boys’ basketball program.

Mitch Listau has been a three-point specialist for the Belmont Bruins in 2019-20. As a redshirt freshman, Listau hit 36 percent of his shots from beyond the arc as the Bruins qualified for the NCAA Tournament, defeating Murray State in the Ohio Valley Conference Tournament Championship.

Mitch Listau was hoping for an action-packed March Madness schedule in 2020.

A year ago, Listau – a 2018 Waunakee High School graduate – was on the sidelines for a pair of NCAA Tournament games in his redshirt season for the Belmont Men’s Basketball team.

This year, now as a role player for the Bruins, Listau was set to make his NCAA Tournament debut. His team was hoping to be this year’s Cinderella; Belmont was riding a 12-game win streak, including a thrilling last-second victory over Murray State to win the Ohio Valley Conference Tournament.

“We got hot at the right time of the year…” Listau said. “We really started to click offensively and defensively; that’s one thing maybe we didn’t hear as much from everyone, but defensively we were really strong.”

After spending his redshirt year developing, Listau finally made his way onto the hardwood for Belmont in his redshirt-freshman 2019-20 season.

“It was amazing,” said Listau of earning his first playing time at a Division 1 basketball program. “Obviously, redshirting was a change for me; it was weird practicing every day but not being able to play… It was great this year to be able to play again and at the highest level.”

Listau found his role as a three-point specialist for Belmont in 2019-20, making 36 percent of his shots from beyond the arc this season. Under new head coach Casey Alexander – taking over for the program after a 33-year reign by former coach Rick Byrd – the Bruins were poised to make some noise in the upcoming NCAA Tournament.

“Belmont has good enough credentials (a top-100 NET score, 11-5 road record) to be a No. 13 or No. 12 seed in the NCAAs — positioning itself to be a Cinderella bracket-buster,” USA Today’s College Basketball Reporter Scott Gleeson said of the Bruins’ chances following the team’s OVC Tournament Championship. “Mid-majors that typically play shocker in the tourney had to win their conference tourney just to hear their name called on Selection Sunday – just as Belmont did.”

“It was amazing,” said Listau about the feeling after the final shot went in and Belmont earned an automatic tournament bid. “It was actually a set play we had been practicing all year. It was something that we had, but we never really used it; that was the first time we had run the play all year. It worked perfectly; it was a great play by Coach Alexander.”

Listau and his teammates’ elation soon turned into worry as the coronavirus outbreak gripped the nation in the following days. The first sports domino fell on Wednesday, March 11, when the Utah Jazz’s Rudy Gobert tested positive for the virus, prompting a swift suspension of the NBA season. Cancellation of college basketball’s conference tournaments quickly followed, ultimately concluding with the NCAA calling off the remainder of the season on March 12.

“After practice, we heard some things: the ACC Tournament got canceled…” Listau said of how the team learned the news. “We just wanted to keep practicing and assume everything was going to go on, but we heard the news that it was all over. It was heartbreaking… Our confidence was at an all-time high. We were feeling good about how we were playing, things started to really flow. It’s tough because you’re playing your best basketball and then it’s just over; it’s hard to swallow.”

Listau noted in particular how hard the decision is for his older teammates, one of whom was set to experience the tournament for the first time.

“Our grad transfer [Tyler Scanlon] had come in and never made it to the tournament; this would have been his first time ever,” Listau added. “I feel terrible for the guys that aren’t able to play in it, but I think they – long-term – made the right decision with this crazy stuff going on right now. But it’s really disappointing that the seniors had to go out that way.”

Now in the midst of a different sort of March Madness, Listau has returned home after schools around the country were forced to cancel classes. Even in today’s age of social distancing, however, he’s still managing to keep busy with online classes and keeping in basketball shape. Still, it’s tough for him not to look back at where he was a year ago, wondering what could have been.

“It’s kind of weird being home this early,” said Listau. “It was a year ago today actually [March 19] that we were in Dayton for our First Four game last year, so we would have been playing already… It just ended so quick.”

With all but three players returning next year, the Bruins look to again be strong next year and hope the momentum they built in the past couple months will carry over to the 2020-21 season.

“This is two years in a row now that we’ve made it to the tournament; this is building our confidence,” said Listau. “We belong here; we’re good enough… Our goal is always to win conference, which we’ve been successful at. But now, it’s making it, winning the conference tournament and making it to the NCAA Tournament. I definitely think we’re more confident and feel like we belong.”

So when the world finally gets back to normal and the 2021 NCAA Tournament rolls around, don’t be afraid to pick the Belmont Bruins to go far in your bracket. They may have to wait until next year shock the rest of the college basketball world, but you and I have been given our fair warning.