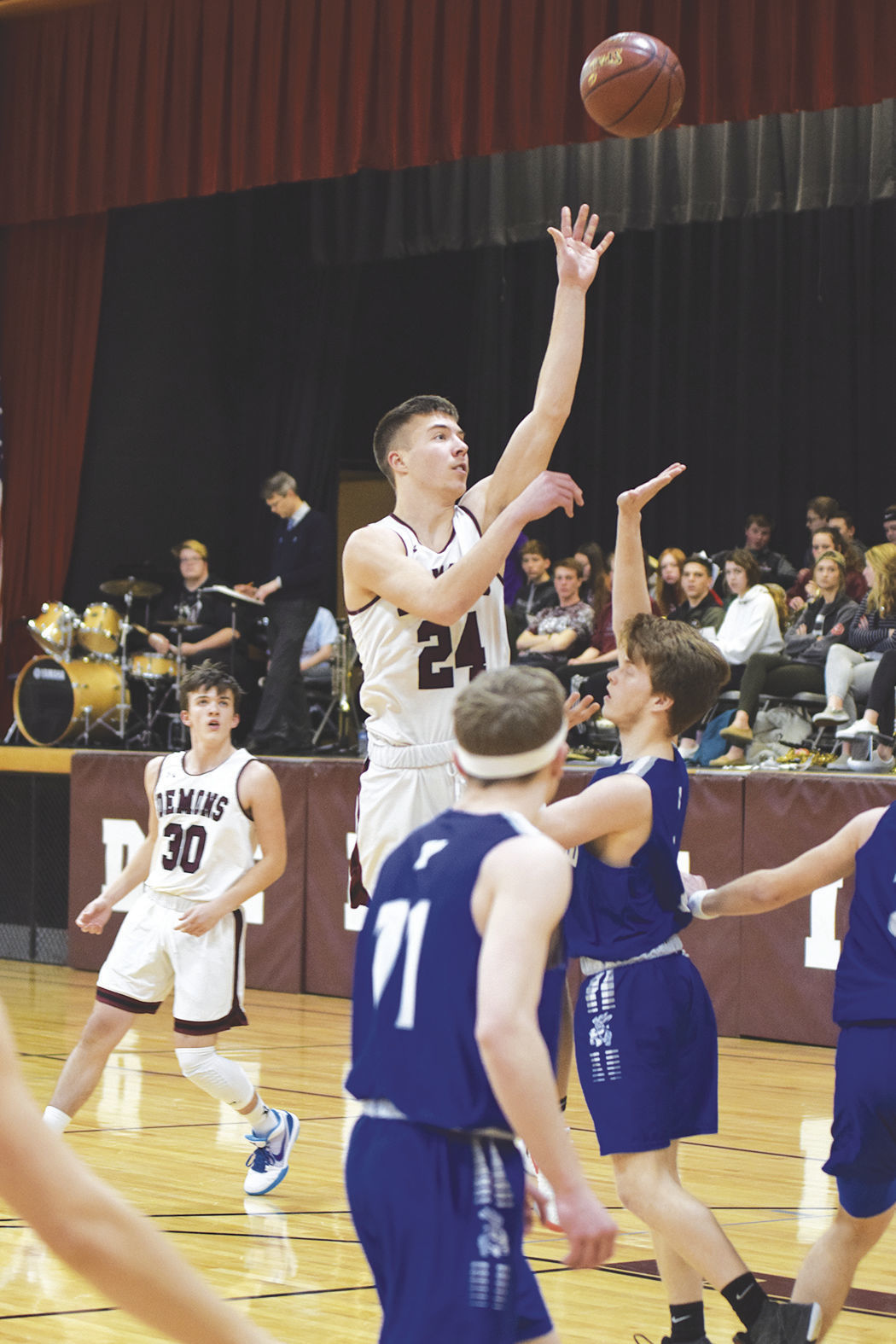 Tyler Haak earned all-conference honors twice in basketball while being named Trailways South Conference Player of the Year in 2019-20. 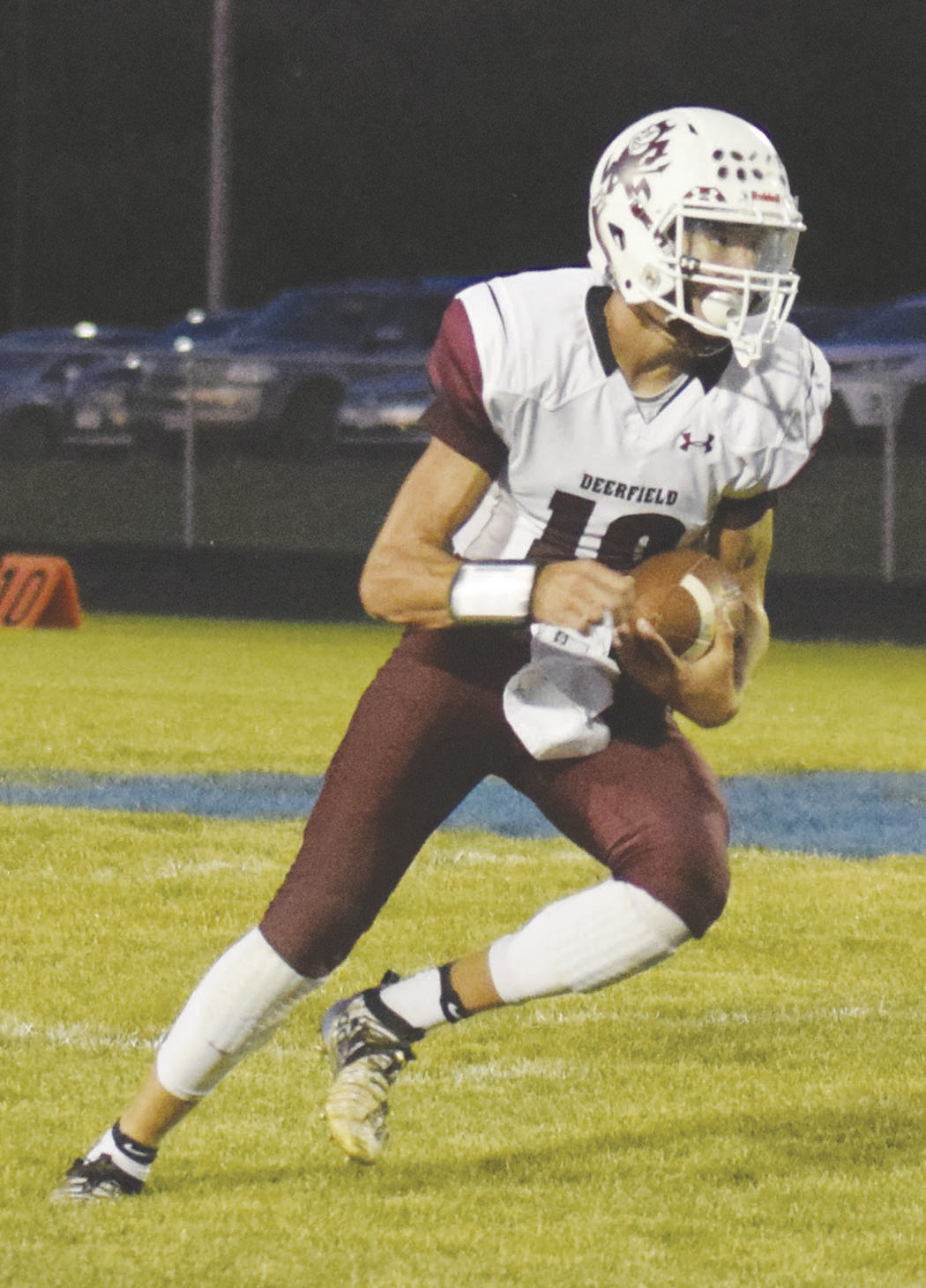 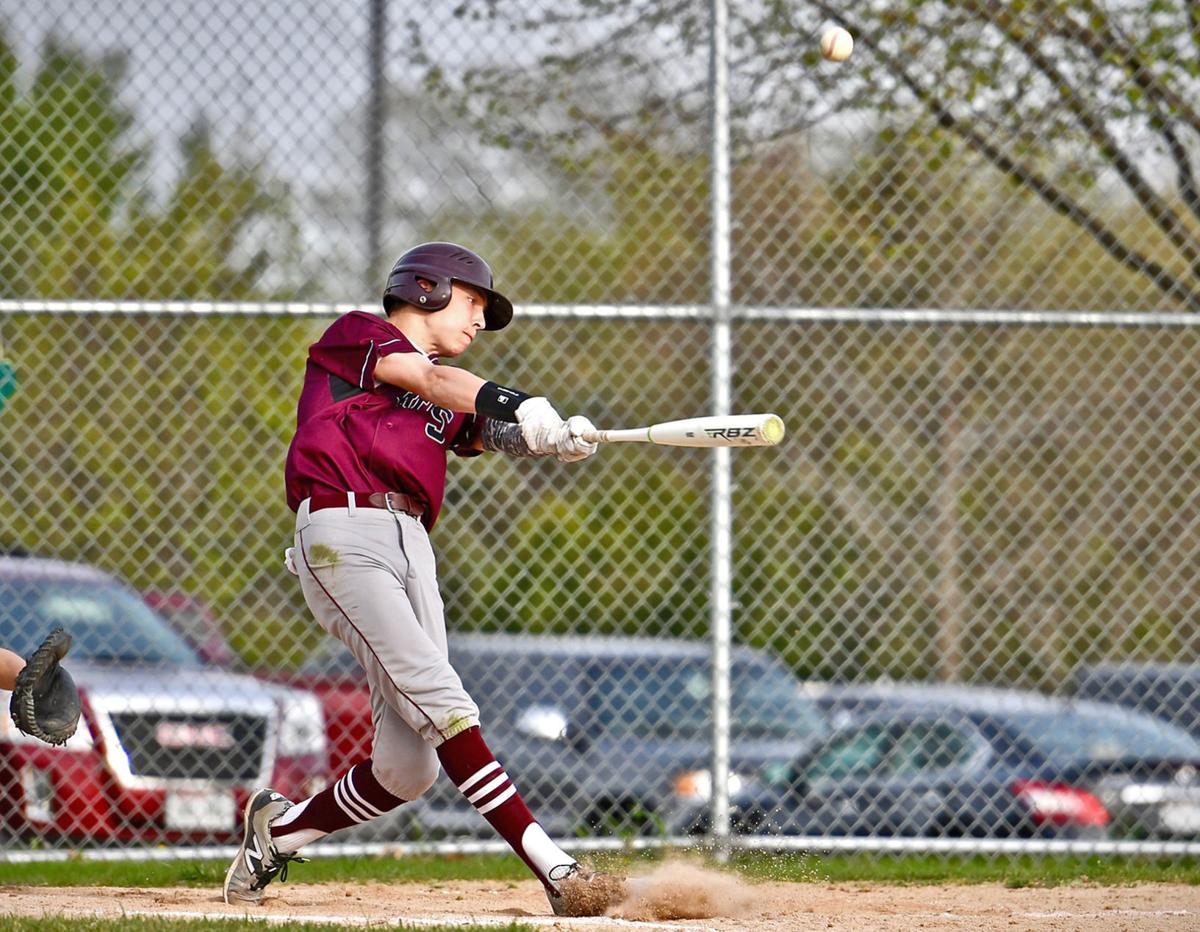 Tyler Haak was on his way to being named a four-time all-conference player in baseball when COVID-19 interrupted his senior season.

Tyler Haak earned all-conference honors twice in basketball while being named Trailways South Conference Player of the Year in 2019-20.

Tyler Haak was on his way to being named a four-time all-conference player in baseball when COVID-19 interrupted his senior season.

Athletics runs through the very bloodstream of Tyler Haak, so it’s no wonder he had an outstanding four-year high school career on the football field, basketball court and baseball diamond.

“Because my parents played softball it seemed like every weekend, I think I grew up at a ballpark,” said Haak, a member of the Deerfield High School Class of 2020. “I started throwing a ball around when I was super young.”

But COVID-19 wiped that idea out.

“It was definitely unexpected,” he said of the coronavirus pandemic that stopped his and every other spring athletes’ season in its tracks. “I was really looking forward to both sports.”

Already an accomplished baseball player earning Trailways South all-conference honors each of his three high school seasons, Haak was going to compete in track for the first time since middle school. He would have tried long jump, triple jump and maybe been in some relays.

“I was going to try (track) my senior year and see what happened, (but) I only got one week of track practice and that was pretty much it,” Haak said.

In baseball, Haak was named honorable mention both as a freshman and sophomore, and last season earned second-team laurels as an infielder.

Above all others, basketball is Haak’s sport of choice. As a sophomore he averaged 8.4 ppg and played in all 28 games, helping Deerfield qualify for the 2018 WIAA State Tournament for the first time in school history. He followed that up earning second-team All-Trailways South Conference honors his junior year.

But this past season he took his game to another level. A 6-foot-2 guard/forward, Haak averaged 18.2 ppg while leading the Demons in 3-pointers made (22) and 3-point attempts (75). He also grabbed 173 rebounds, had 25 assists, 18 steals and blocked 10 shots en route to being named Trailways South Player of the Year.

“Growing up baseball was my favorite sport, but once I got to high school basketball became my favorite,” Haak said.

To say Tyler Haak has good genes would be a grave understatement; both his parents are former Deerfield stars who went on to compete at the collegiate level.

Jim Haak, a 1991 DHS graduate, played football and was a member of the track and field team at UW-La Crosse. His mother, the former Jesica Haberkorn and a 1993 Deerfield graduate, played Division 1 basketball at Kent State University.

“They always told me whatever I wanted to do I could do. They didn’t make me play one sport or the other, they just told me to put my all into it,” said Haak.

Sept. 8, 2017 will be a day Haak will never forget. And how can you after setting a state record.

In a Week 4 matchup with Randolph Haak completed 17-of-25 passes for a career-best 462 yards, but the number that jumped off the paper: 8 touchdowns.

“I knew that I had a lot of (touchdowns) but I didn’t really know the exact number, it was pretty hard to keep track because we were scoring so fast,” he recalled.

“It was just crazy and we all were super excited because it was our first win of the year,” added Haak of the 60-42 victory.

Haak earned all-conference honors in football four times over the final three years of his high school career. He was a second-team All-TSC quarterback as a sophomore, was named honorable mention quarterback as a junior, and this past fall earned first-team honors at wide receiver and second-team recognition as a defensive back.

As mentioned, Haak was part of school history when during his sophomore season he and the Demons qualified for the WIAA State Boys Basketball Tournament.

Although Deerfield lost in the Division 5 semifinals, 56-46 to Chippewa Falls McDonnell Central, it’s a season and an experience he’ll never forget.

“We had a really good team that year and you could feel something special was going to happen and I felt super honored to be on that team; we just had the whole community behind us,” Haak. “It hadn’t happened before, but hopefully it happens again and again down the road,” Haak said.

Like both of his parents Tyler Haak plans on playing college athletes. Where that will be, and what sport that will be, he has yet to determine.

“It’s either going to be basketball or football, I have to make that decision pretty soon,” he said.

Haak was selected to play in the 2020 Wisconsin Basketball Coaches Association All-Star Game as part of the Division 4 team.

The WBCA All-Star Games were supposed to be played in mid-June, but because of COVID-19 have been moved to Aug. 5-6 at Just-A-Game Fieldhouse in Wisconsin Dells.

“I felt like all the time and work that I put in was worth something,” Haak said. “People noticed that and noticed I had a good year.”

Informing Haak he first was nominated and then chosen was his head coach Dave Borgrud, someone Haak has been associated with for nearly his entire life.

“He started with our program way back in fourth grade as our team manager,” said Borgrud. “He was our manager for five years and in that time he got used to what offense I ran, so he was ready to step right in and played varsity as a freshman.”

Borgrud announced his retirement midway through the 2019-20 season.

“I’ve known Dave for a long time and my family has known him for a long time, it was just special for me: it was his last year and my last year, so we basically went out together,” said Haak.

“He’s not very vocal, but with his hard work he set an example,” added Borgrud.

“I felt like all the time and work that I put in was worth something. People noticed that and noticed I had a good year.”

On being named a WBCA All-Star