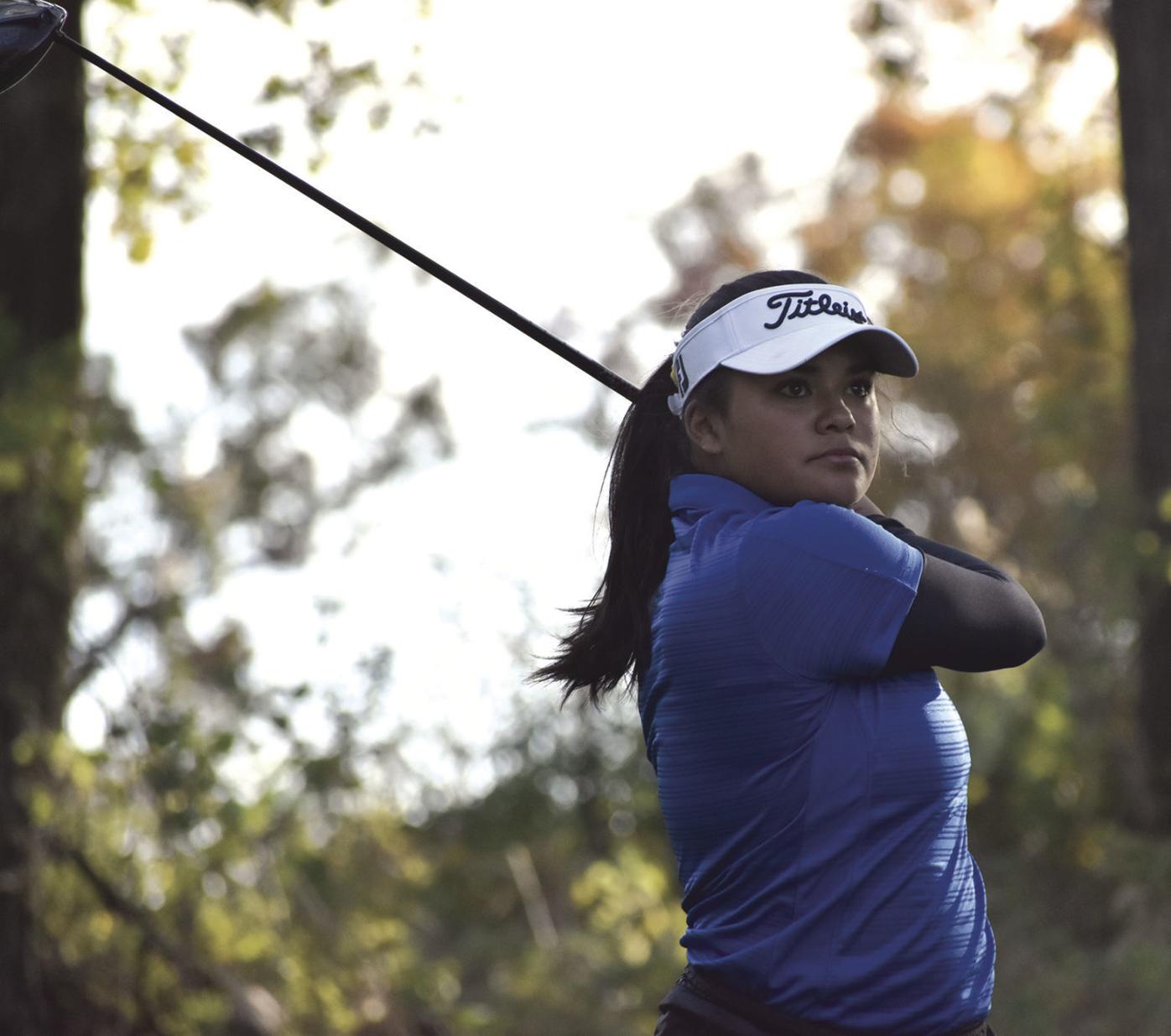 Senior Mary Hommen was the first golfer in Cambridge school history to golf at the WIAA state tournament. 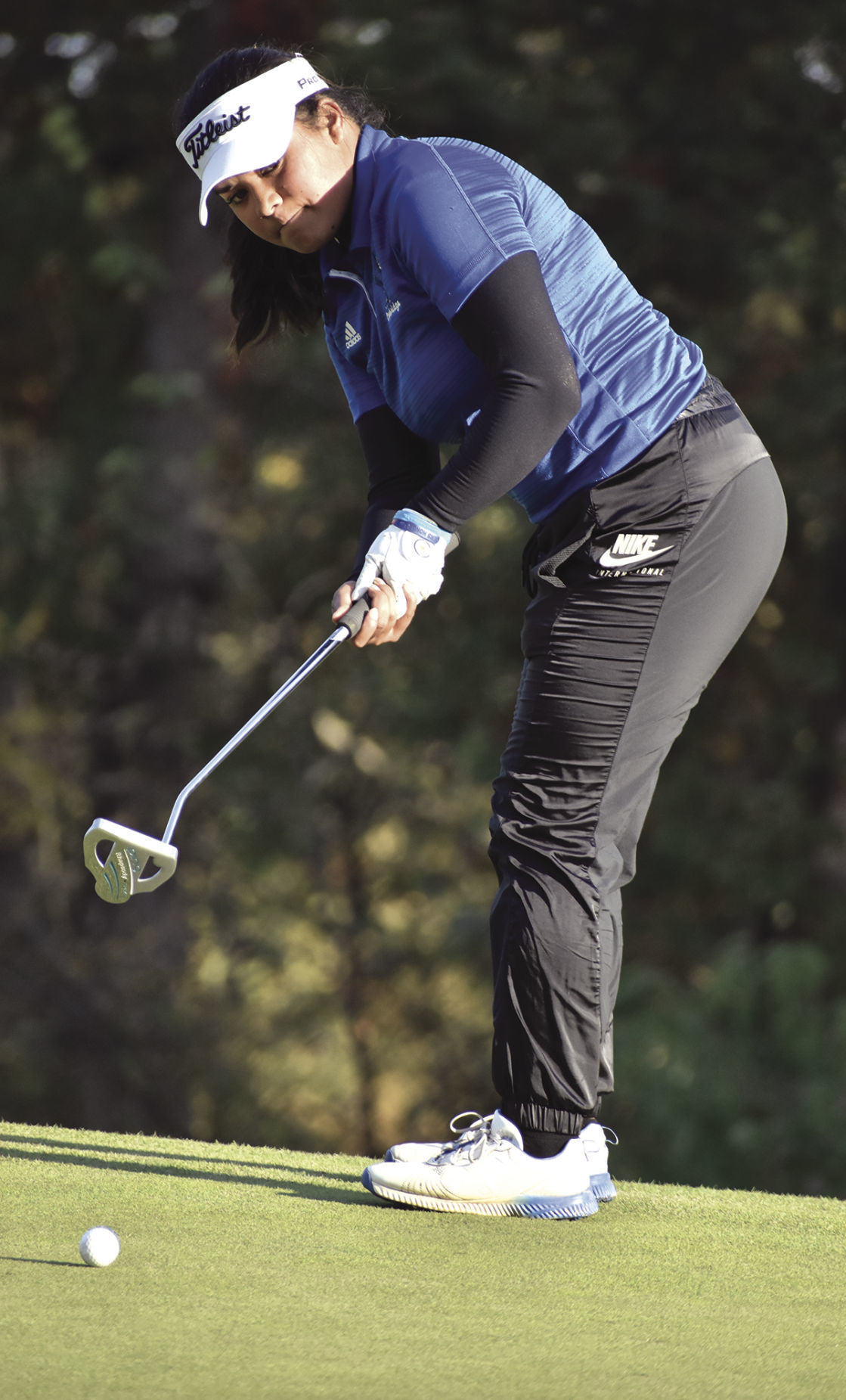 Senior Mary Hommen putts down hill on the 15th hole at University Ridge Golf Course in Verona on Monday during the WIAA Division 2 state golf tournament. 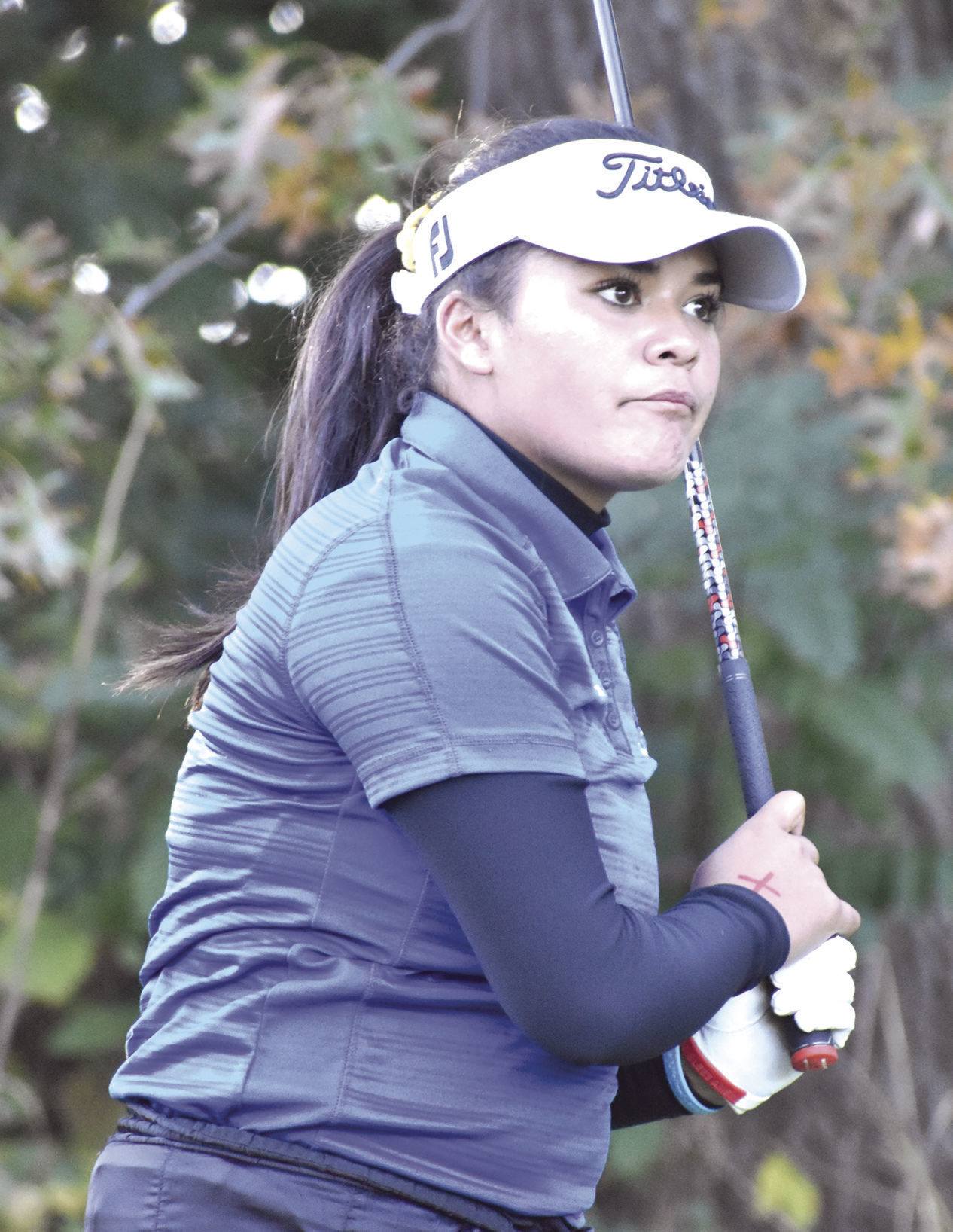 Senior Mary Hommen was the first golfer in Cambridge school history to golf at the WIAA state tournament.

Senior Mary Hommen putts down hill on the 15th hole at University Ridge Golf Course in Verona on Monday during the WIAA Division 2 state golf tournament.

VERONA — It was the first time a Cambridge golfer played at a WIAA state golf meet.

And Mary Hommen made an impression on the Wisconsin golf world.

Hommen grabbed her pitching wedge and took the tee box on the par-3 8th hole still gripping the disappointment of a triple bogey on the 6th hole. When it was her turn, Hommen spun a shot that landed past the pin and rolled back toward her down into the hole for an ace.

The senior finished the day firing 103 strokes and in 23rd place on the first of two days at the WIAA Division 2 state golf tournament played on University Ridge Golf Course in Verona. And the senior was the calmest of the Cambridge contingency on hand to see the first hole in one in her career.

“Everyone was running around with their hands in the air,” Cambridge coach Rob Pero said. “I grabbed her and gave her a hug and she just mean mugged me: She was like, ‘Yeah, I needed that after that (triple bogey) two holes ago.”

Pero said it took about three minutes for Hommen eventually to realize the magnitude of her achievement as people were telling her to save the ball and appreciate the accomplishment.

“I was just shocked. That’s never happened before,” Hommen said. “I didn’t know what to think. I kind of was just amazed and a lot of stuff was going through my mind and everyone going crazy. ...

“It was exciting to see how excited my mom got. She was the most excited one there. She was probably the loudest one there cheering for me. She’s the biggest role model for me.”

Madison Edgewood golfer Grace Welch shot a 76 to lead all WIAA Division 2 golfers. The Crusaders had a four-placyer total of 346 strokes to lead the eight-team field. Prescott is in second place with 376 strokes.

“It was a roller-coaster day,” Pero said. “There were times where she hit some really good golf shots, but was unable to score off of them. ...

“It was fantastic. It was a nice fall day. The greens were fast and true. It was a beautiful fall day. It was a great experience for Mary and the program.”

On Day 2, Hommen will attack pins with better putting to reduce the amount of strokes on her card and finish her career strong.

“I was breaking my wrists and the greens were really fast today,” Hommen said. “If I tapped the ball, it could go five feet wide of the hole. So (Tuesday), I just need to putt better and not break my wrists.