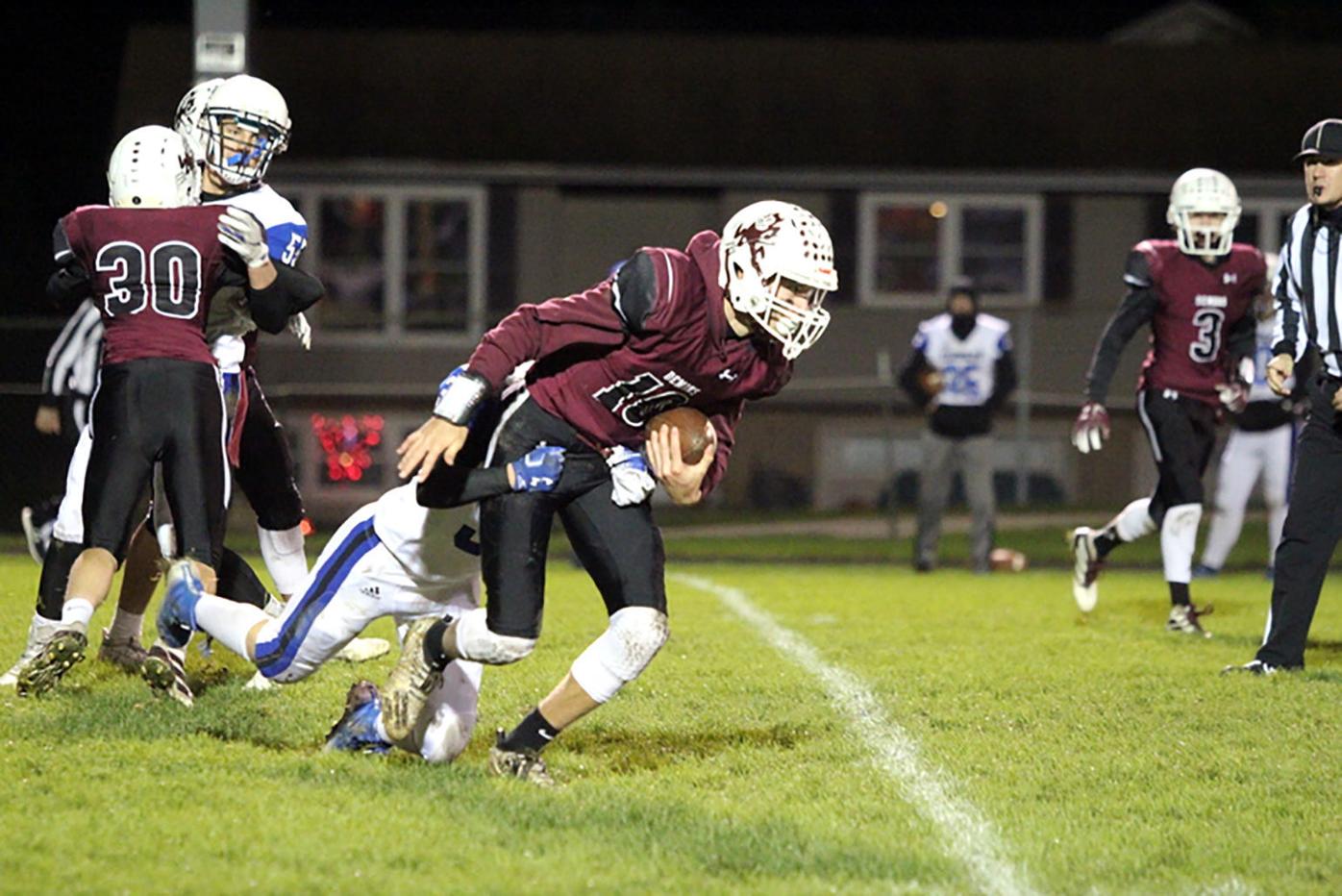 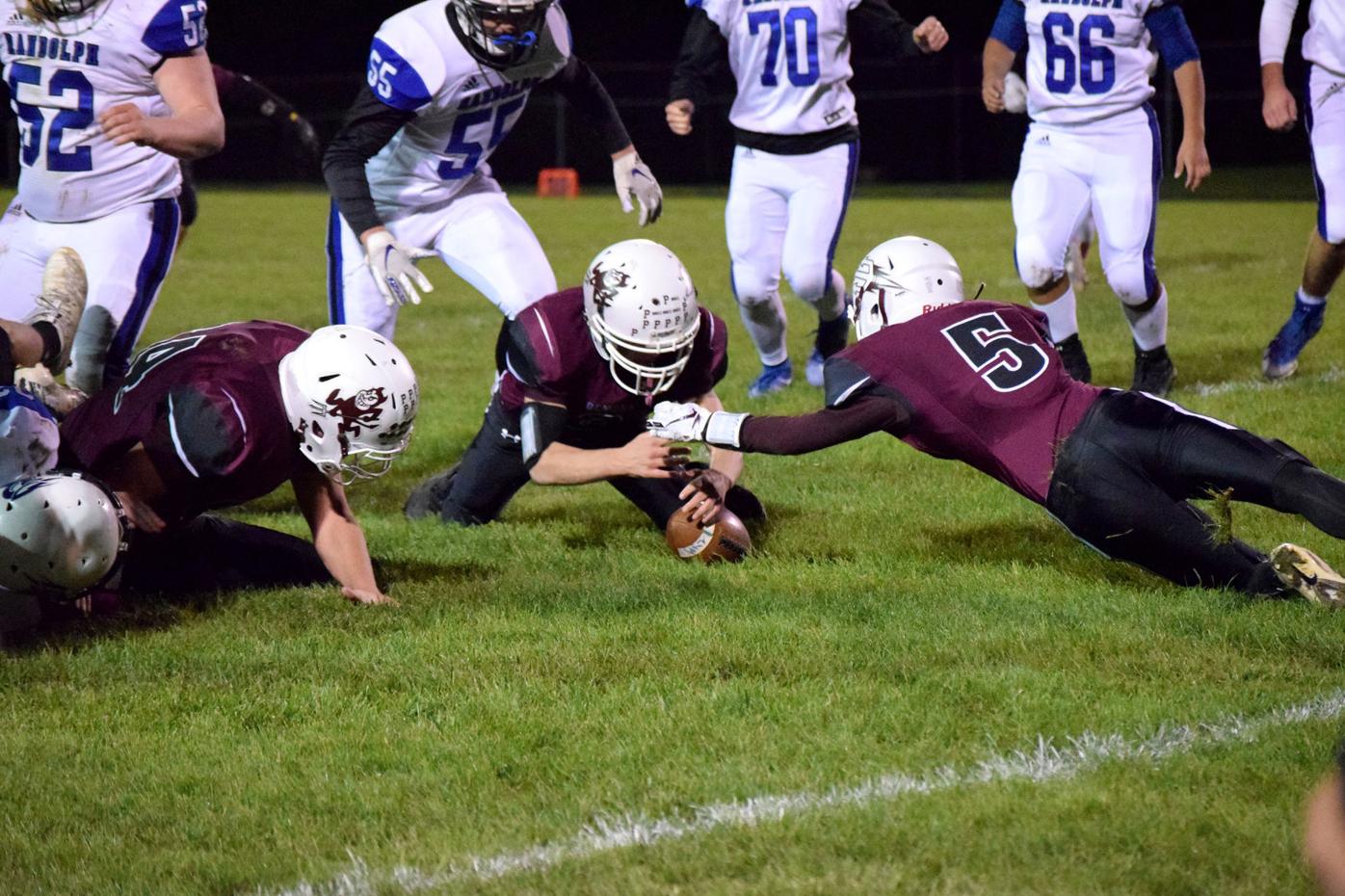 For the first time all season the Deerfield football held a lead at halftime. But visiting Randolph scored 16 second-half points to pull out a thrilling 16-12 Trailways Small Conference decision at John Polzin Field Friday night.

Deerfield (1-7 overall, 0-4 TSC) struck first. With 10 minutes, 50 seconds remaining in the first half Tyler Haak connected with Reily Bonjour for a 51-yard touchdown and a 6-0 Demons lead.

The score would remain that way the rest of the first half as for the first time all season the Demons went into halftime holding a lead. (Deerfield and Menominee Indian were tied at the half).

Randolph (6-2, 2-2) tied the score on Brayden Haffele’s 4-yard quarterback keeper, and Seth Schmucki’s point-after kick gave the Rockets a 7-6 advantage at the 8:29 mark of the third quarter.

Schmucki’s 27-yard field goal early in the fourth quarter added three more points onto the lead, before Haffele again called his own number and burst into the end zone from 18 yards out for a 16-6 Rockets lead with 3:11 remaining.

Deerfield pulled within four points on Fisher’s 31-yard run with 2:09 left to play. But that would be as close as the Demons would come.

Haak and freshman Cal Fisher combined to throw for 120 yards.But the difference in the game came on the ground as the Rockets rushed for 271 yards on 53 attempts, while holding the Demons to 57 on 21 carries.