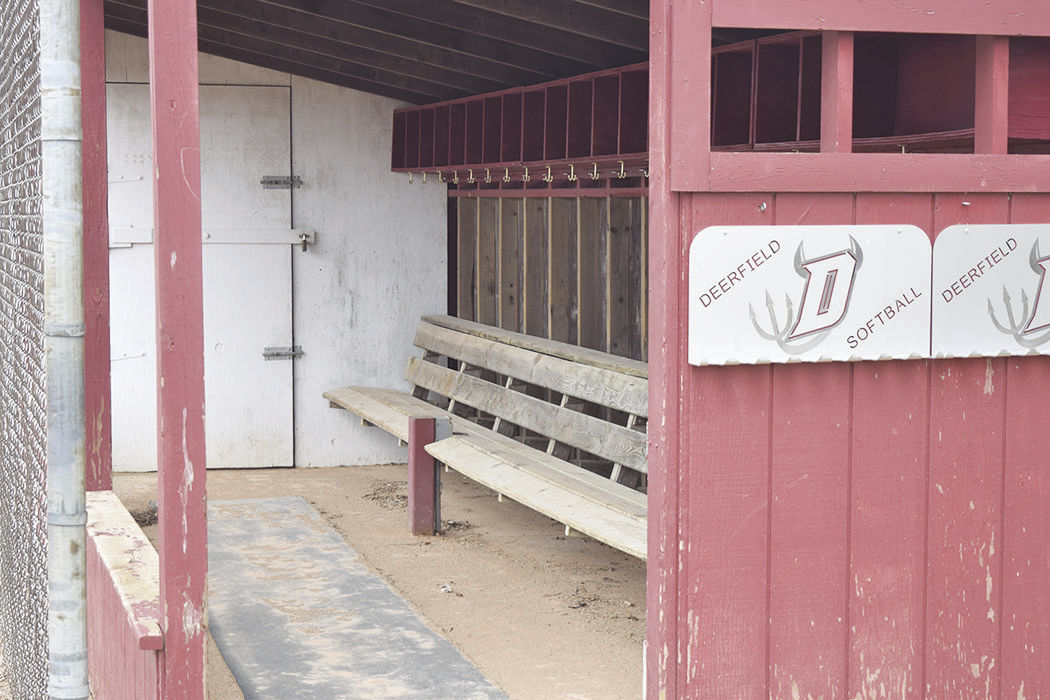 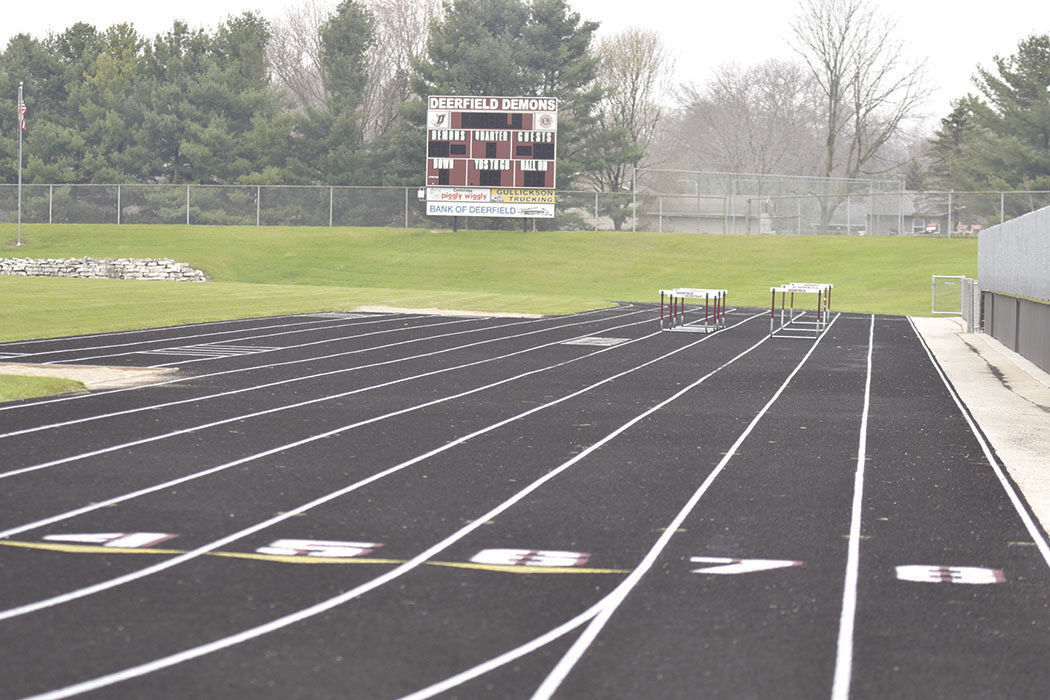 The track at Deerfield’s John Polzin Field sits empty following the WIAA’s April 21 decision to cancel spring sports for the entire 2020 season due to the COVID-19 pandemic. 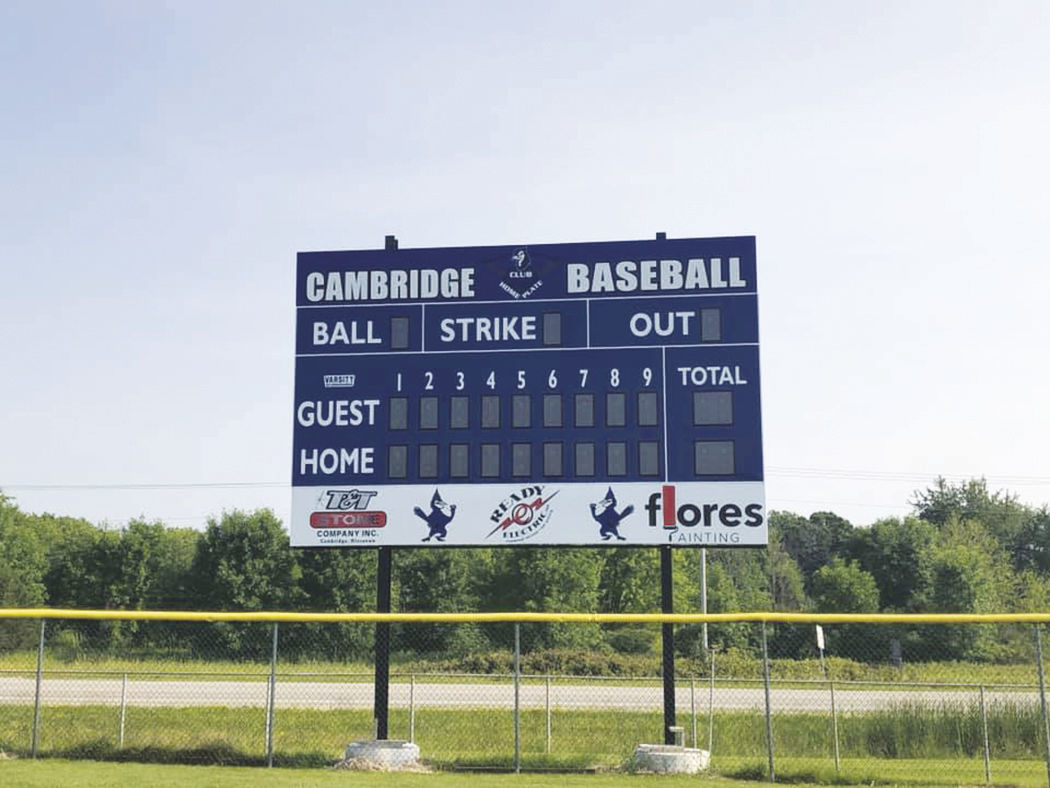 The scoreboard at Cambridge’s baseball field along U.S. Highway 18 will not be turned on this spring.

The track at Deerfield’s John Polzin Field sits empty following the WIAA’s April 21 decision to cancel spring sports for the entire 2020 season due to the COVID-19 pandemic.

The scoreboard at Cambridge’s baseball field along U.S. Highway 18 will not be turned on this spring.

It was a foregone conclusion but the sting still was felt throughout not only the state of Wisconsin, but in Cambridge and Deerfield as well.

The cancellation of spring competitions and State Tournaments is in support of Gov. Tony Evers’ ongoing efforts to prevent, suppress and control the spread of the COVID-19 disease. On April 16, the state’s “Safer at Home” order was extended until May 26, with all public and private K-12 schools closed for the remainder of the 2019-20 school year (June 30), which also prohibits all school extracurricular and athletic activities.

“I was always holding out hope that we could do just the WIAA tournament series,” said Cambridge boys golf head coach Travis Galston. “I was a little disappointed, but I do understand why it happened.”

“One thing I wish they would have done was let the coaches tell the kids the final decision instead of it being all over Twitter,” he said. “I was very disappointed in that and it’s kind of ridiculous that it happened that way; my kids were more confused with the Twitter banter than what a coach could have said about it.”

The Blue Jays were looking to have a very strong season coming off a Capitol Conference championship and a WIAA regional title in 2018.

“We had three of our five golfers returning (seniors Drew Jeffery and Dane Jensen, and junior Stone Farruggio). We were looking to repeat as conference champions and hopefully make our way to the state tournament. We will never find out what this group could’ve done. That’s the disappointing part with the amount of work they put in over the summer and this winter to not have the heartbreak of last year’s sectionals happen again.”

Deerfield baseball coach Scott Gloede knew the writing was on the wall.

“As much as I hate the decision, it probably was the right one,” he said. “I have not talked to my players yet, (but) after talking with a few of them a couple weeks ago, I know they were still hopeful that some of the season could be salvageable.”

The Demons were coming off one of the best seasons in program history, finishing second in the Trailways South Conference, winning the WIAA regional title and going 20-5 overall.

“My expectations were very high for 2020. I really thought this year we had a great balance of pitching and hitting, also a freshman class that had a great opportunity to contribute right away this year,” Gloede said.

{p dir=”ltr”}“I’m disappointed, but understood the decision. There are bigger things going on everyone’s lives that are more important,” he said. “I have reached out to the team several times and have some conversations one on one with a couple seniors. They understand the gravity of the situation.

Cambridge boys track and field has been nothing short of dominating the last few years, winning the WIAA Division 3 state title in 2018 and would have been gunning for its fourth straight Capitol Conference title this spring.

{p dir=”ltr”}“We aren’t as strong as the three previous years as we have lost a lot to graduation the past couple years, but I believe we had several that could have qualified for state. We have a strong junior class with some young kids ready to step up. The girls would have competed for the conference title and think there could be a couple vying for a spot to state,” Currie said.

“Not a surprise since the way things were going this seemed inevitable,” Polzin said. “And also being the athletic director, I had been following things pretty closely just for the sake of all the sports. The main feeling is probably the same as a lot of people where you feel really bad for the seniors. Reactions have been mixed from the kids. Again, I think the seniors will take it the hardest.

“Some kids are still training hard, but the general feeling I started to get was that kids that were training hard in late March were starting to ease off when they started to see there wasn’t going to be a season,” Polzin said.

Polzin said there is a silver lining.

“As far as state-caliber kids, a lot of them are underclassmen. So, they will get another shot,” said Polzin. “But we did have a few seniors who were hoping to end the season in La Crosse and now they won’t get that chance.”

“Obviously I’m very upset about this decision, however, the health of my team and their families come first,” Deerfield/Cambridge girls soccer coach Betty Rodriguez said. “I definitely believe this year was going to be a growing season for us since we lost seven seniors last year. As I saw during open gym the girls improved just by spending time and playing the sport. I also noticed a lot of young talent which would of made this year such a great year for learning and growing as a whole.”

While making the decision to end spring sports, WIAA Executive Director Dave Anderson sympathized with the athletes and coaches.

“We want to extend our sincere empathy and regrets to all the student-athletes and coaches that have worked hard in anticipation of participating in sports this spring, particularly the seniors,” Anderson said. “The Board of Control and Executive Staff have been resolute in their hopes to preserve some chance to play one more time, and it is our hope that by providing the extended unrestricted days, we can provide some opportunities and closure for spring sport student-athletes.”

The WIAA board passed an additional measure to allow for up to 30 contact days in the summer for spring coaches and their teams if class of 2020 seniors are present. A goal of that is to allow teams to find local competition should local governance provide gatherings large enough for competition.

The cancellation of all extracurricular activities prohibits all school or coach involvement with training, practices, scrimmages and contests until, at the earliest July 1, unless restrictions are removed prior to that time. Therefore, coaches may not bring students together or encourage students to assemble for extracurricular purposes, which includes competitions, practices and all instructional and training until the restrictions on assembling in groups are removed.