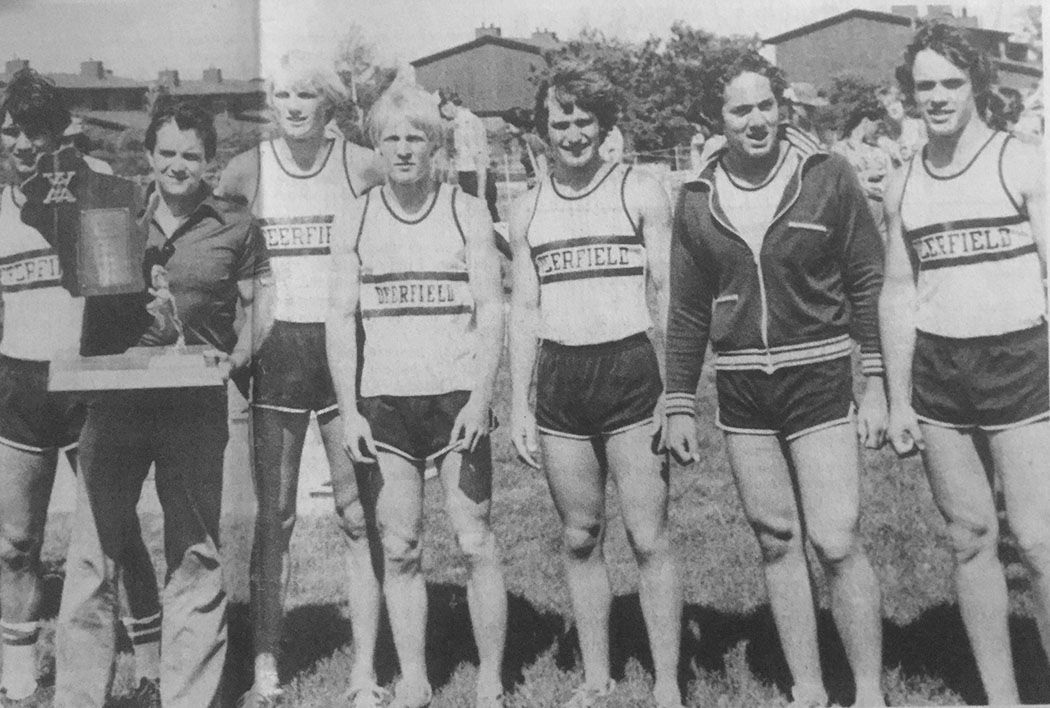 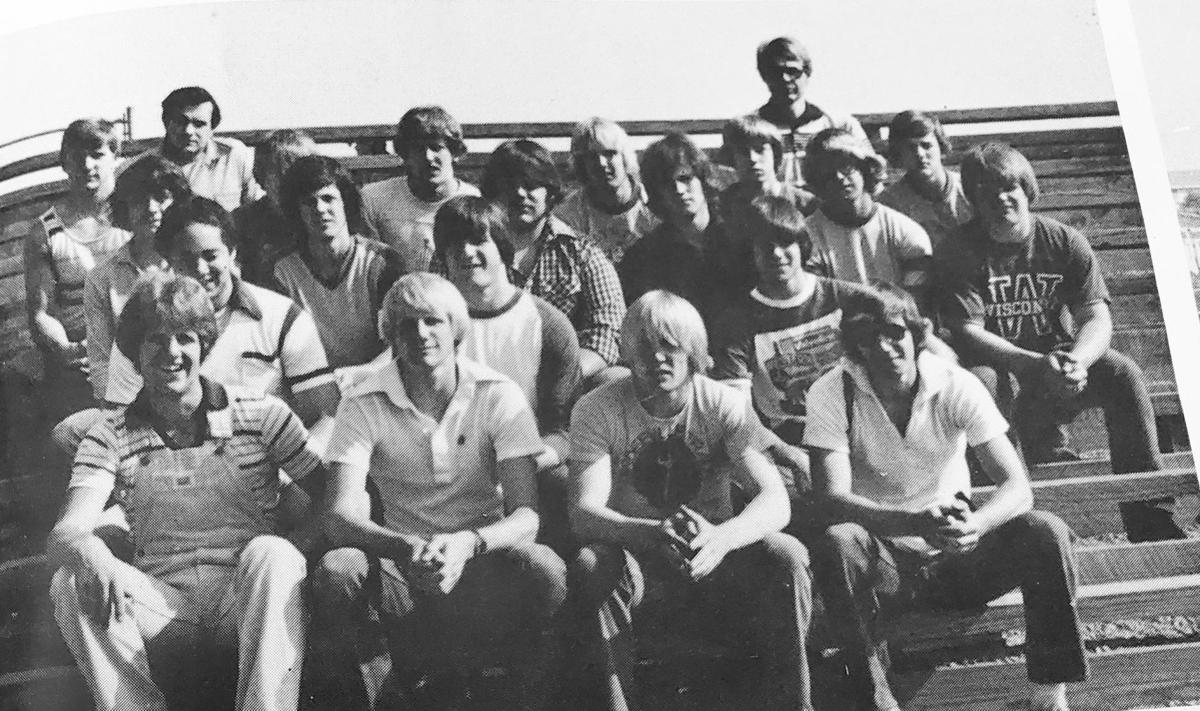 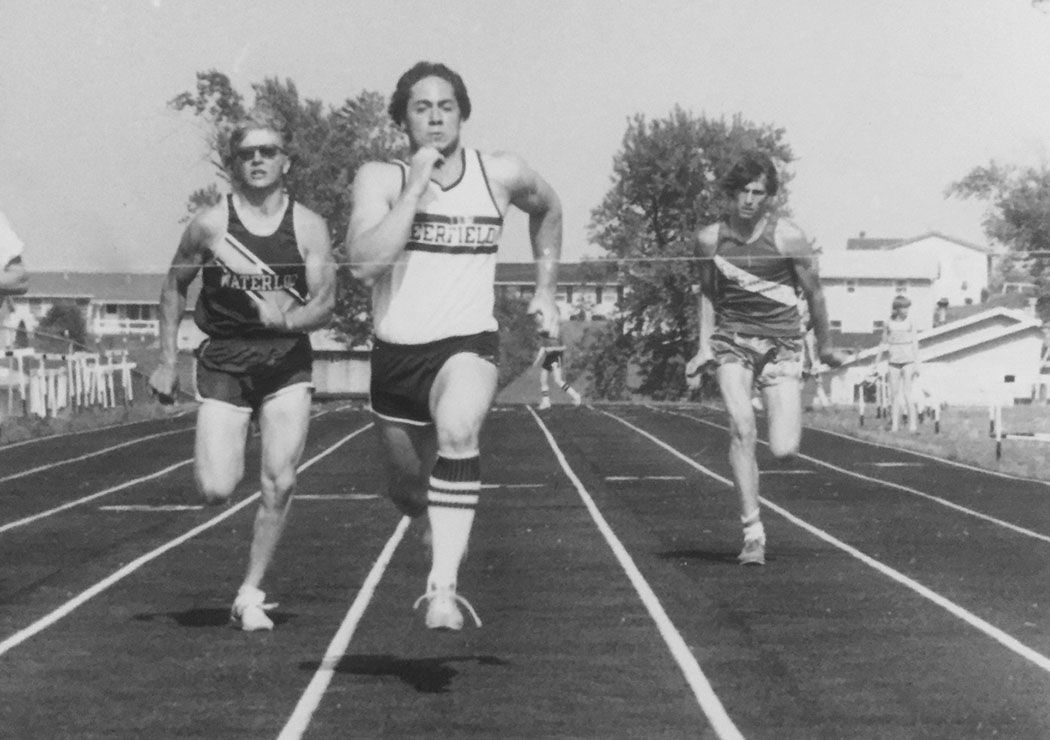 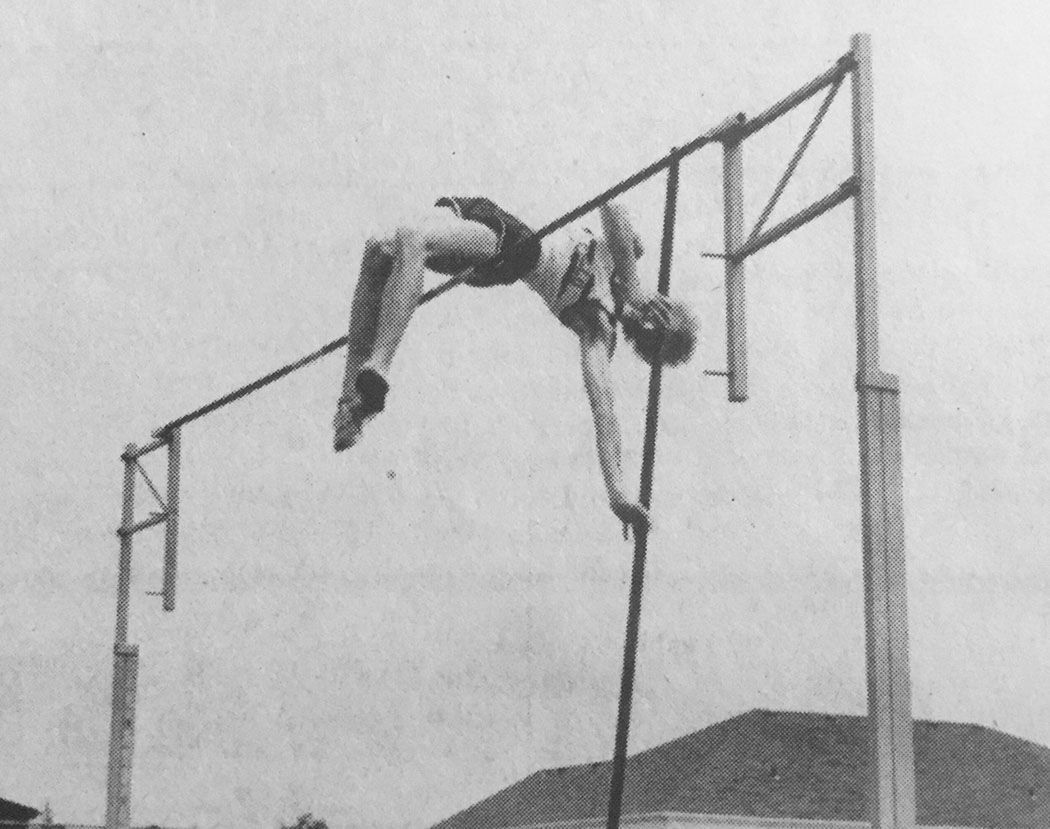 Kerry Kravik was responsible for 13 points earning a runner-up finish in the pole vault while placing third in the 400 meters at the 1980 WIAA State Meet. 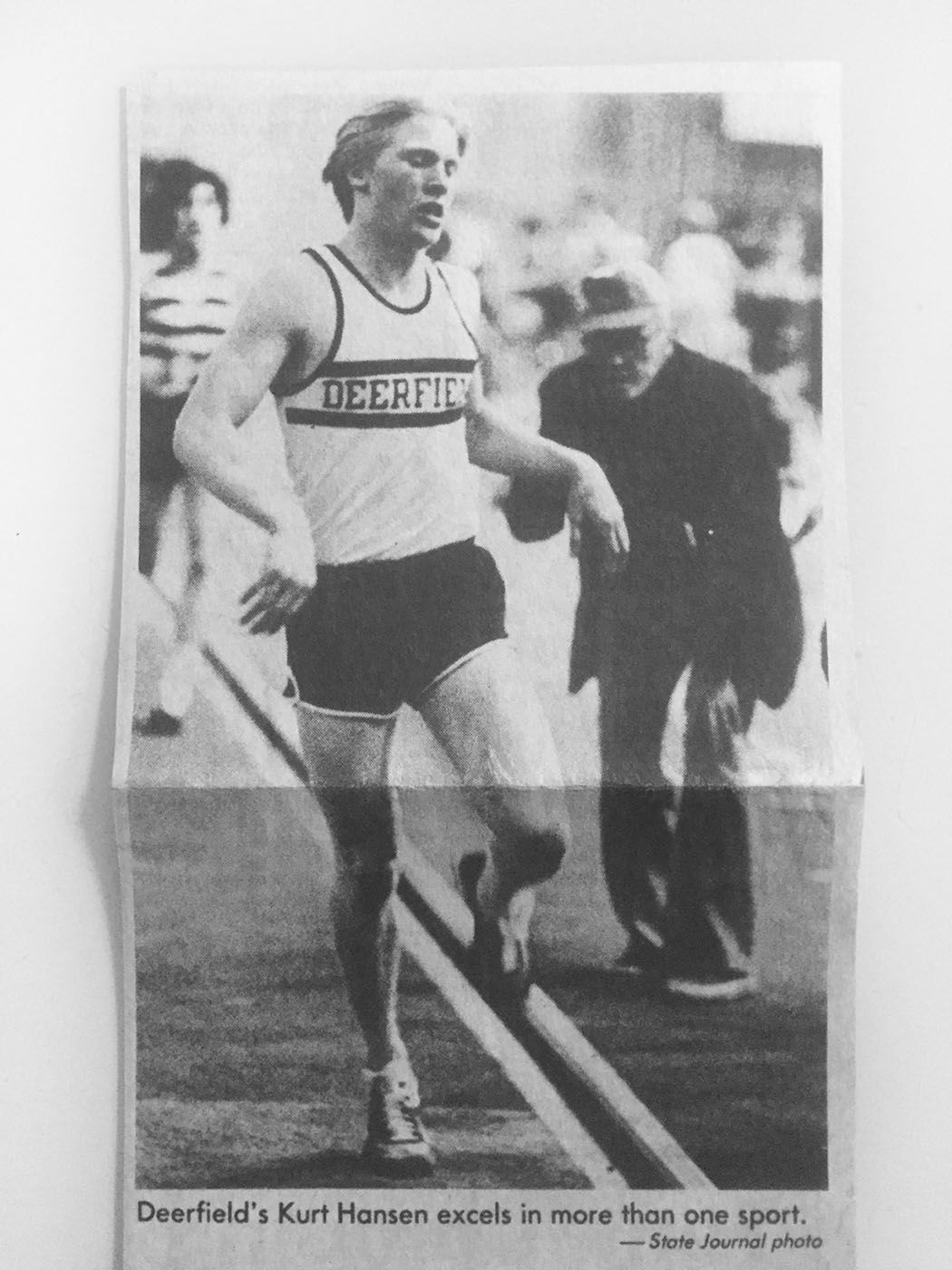 The 1,600 and 3,200 meters were the third and fourth state championships of the 1979-80 school year for Kurt Hansen, who also won the Class C cross country and 138-pound wrestling titles his senior year. 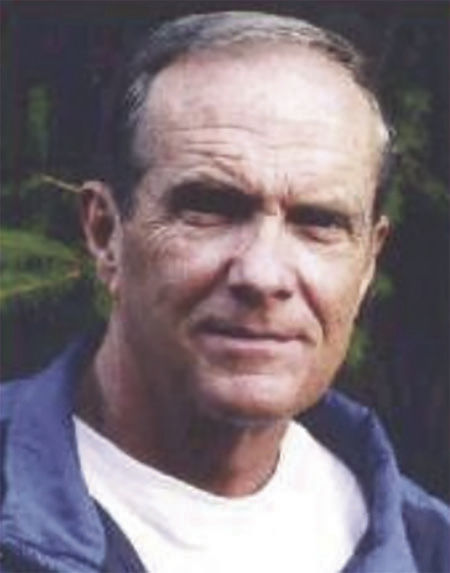 Kerry Kravik was responsible for 13 points earning a runner-up finish in the pole vault while placing third in the 400 meters at the 1980 WIAA State Meet.

The 1,600 and 3,200 meters were the third and fourth state championships of the 1979-80 school year for Kurt Hansen, who also won the Class C cross country and 138-pound wrestling titles his senior year.

For nearly two decades the Deerfield boys track and field program was revered around the state of Wisconsin, but it was the 1980 team that put the program on the map.

It’s been 40 years since Deerfield captured the first of three WIAA State Boys Track and Field championships, but to some the memories are still fresh in their minds.

“I was telling one of my clients just the other day that sometimes I have to remind myself how old I am,” said Doug Lowell, one of the stars of that 1980 team. “But I think about it often.”

All three of those Class C state championship teams — in 1980, 1981 and 1996 — were guided by arguably one of the greatest track and field coaches in Wisconsin high school history, hall of famer Dale Downie.

“I’m still in touch with a lot of those athletes, it’s like it happened yesterday,” said Downie, who in 25 years as head coach led the Demons to 17 Eastern Suburban Conference championships, 14 WIAA regional titles, six WIAA sectional crowns and the aforementioned three state championships.

The pieces were in place heading into that 1980 season, as several key members from the 1979 Eastern Suburban Conference title team returned.

On its way to capturing the title Deerfield set a then-Class C state record scoring 59 points. Altoona was a distant second with 25.

Remarkably, just three athletes accounted for all of those points. Lowell racked up 26 points after winning the shot put while finishing second in both the discus and 100-meter dash; Kurt Hansen won both the 1,600 and 3,200-meter distance titles resulting in 20 points; and pole vaulter/400m runner Kerry Kravik earned the final 13 points.

Lowell was a unique athlete, excelling on the track and in the field events. But it was the diversity of those events he competed in that stood out: he was a sprinter and a weight thrower.

“It was a neat thing that got a lot of attention,” recalled Lowell. “You didn’t see too many shot and discus throwers doing sprints. I think it’s still rare now.”

“He was a really good athlete, and not just in track; he played football for a while and really could have played anything,” Downie said of Lowell.

But he explained a situation that may have cost him another state title in 1980.

“I was in second place (in the discus) when they called the 100-meter finals, so I told the judges that I had to go compete in the 100 and then I’d be back to do my final throw. Something happened on the track, so there was a delay. I ran the 100 and got second, but when I went back to the discus (the judge) said I had been gone more than 10 minutes so he wouldn’t let me take my last throw,” said Lowell. “Oftentimes in my career I won on my last throw, so that was disappointing.

“Still, it was fun to do both (sprints and throws),” he added.

“That was very rare,” said Downie of Lowell’s versatility.

Lowell earned a scholarship to the University of Texas earning All-American honors in 1986 in the discus. In his four years he scored 42 points in conference championship meets.

Today he is a personal trainer and owns his own studio in Morristown, Tennessee.

Hansen completed the rare trifecta of winning state championships in every season. He won the Class C boys cross country title in the fall of 1979, won the 138-pound championship in wrestling in the winter of 1980, and capped off a remarkable senior year with titles in the 1,600 and 3,200 that spring at Mansfield Stadium in Madison.

“He was a tough customer,” Downie said of Hansen.

“You could always count on (Hansen), he was mentally tough, and Kerry Kravik was a very good athlete,” Lowell said of his ‘80 teammates.

Like Lowell, Kravik competed in both track and field events.

“The one thing that jumps out when thinking of that team is just the sheer dominance,” said Kravik. “There was so much talent and in all kinds of different events. It didn’t matter if it was a dual meet or an invitational on Saturdays, we just dominated anything we went to.”

Kravik finished second in the pole vault at the state meet and was third in the quarter mile.

At times it doesn’t feel like it was 40 years ago that he and his teammates won the first-ever WIAA team state championship in Deerfield High School history, but at times it does.

“I tell my wife, ‘The older I get the better I was,’” jokingly said Kravik.

Kravik began pole vaulting about the same time his older brother Kevin won the 1978 Class C state title. And it’s been a family trait as his nephew, Kellen, claimed back-to-back Division 3 state titles at Bangor in 2015 and 2016.

“He was a big contributor in the pole vault, he ran the 400 and was the anchor on the 4x400 relay team,” recalled Downie of Kravik.

Kravik lives just outside of Cross Plains with his wife. They have two adult daughters.

Kravik competed in a third event at state that year, the 4x400 relay; Kravik, Todd Grams, Eric Anderson and Todd Schwoerer finished eighth, but Kravik believes that if John Brandon had been healthy they would have medaled, if not won.

What was even more significant was the fact the Demons were without one of their best athletes, Brandon. The team’s top hurdler, Brandon suffered a severe knee injury during the football season inthe fall that ended his senior year.

“His junior year when he false-started he was running a full second under the state record; he was our top hurdler and he would have anchored our 4x400 (relay),” said Downie. “He was so fast, it’s unfortunate he got hurt.”

Downie used to keep track of how many points other conferences in the state scored and the Eastern Suburban Conference was among, if not the, best.

“The Eastern Suburban scored more points at state than any other conference. Cambridge was always tough and Marshall toward the end of the 90s had some really good teams,” said Downie.

Under Downie, Deerfield had an ESC dual meet record of 222-16 and during 14-year stretch the Demons won 13 conference titles.

“There was a 10-year stretch where we didn’t lose a single Eastern Suburban dual meet,” Downie added.

Downie taught ninth-grade science and physical education 6-12 before retiring in 1999. He coached track until 2003, and coached “some kind of football” —whether it was flag football or high school football — all the time I was there.

Downie’s career was celebrated in 2005 when he was inducted into the Wisconsin Track Coaches Association Hall of Fame.

“It was pretty important. I always liked going to that banquet and respected the coaches that had gotten in there, so it was an honor for me to get in,” Downie said.

“Besides him being an intelligent man, he was a 110% focused track coach,” Lowell said of Downie. “I’ve seen other teams’ coaches that just go through the motions, but not him, he was always focused on our program.”

Said Kravik: “He wasn’t a yeller or a type like that, he just gave you your workout and expected you to do it and expected you to succeed in doing it. I recall one of the workouts where he had to run 53 seconds as far and as fast as you could run; I was a quarter-miler and was a 51-second runner, so I was going past the mark. It was fun to see if you could beat the previous mark you had.”

Downie still lives in Monona in the same house he has for 52 years.

“I’m still in touch with a lot of those athletes, it’s like it happened yesterday."

Sorry, there are no recent results for popular articles.

Sorry, there are no recent results for popular images.

Sorry, there are no recent results for popular videos.