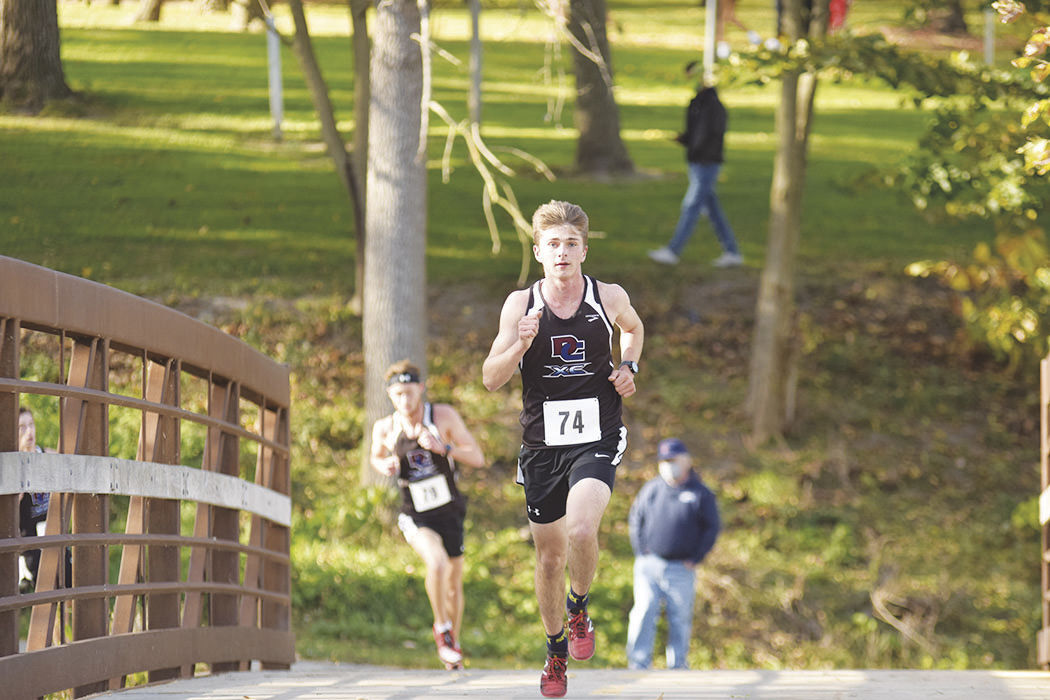 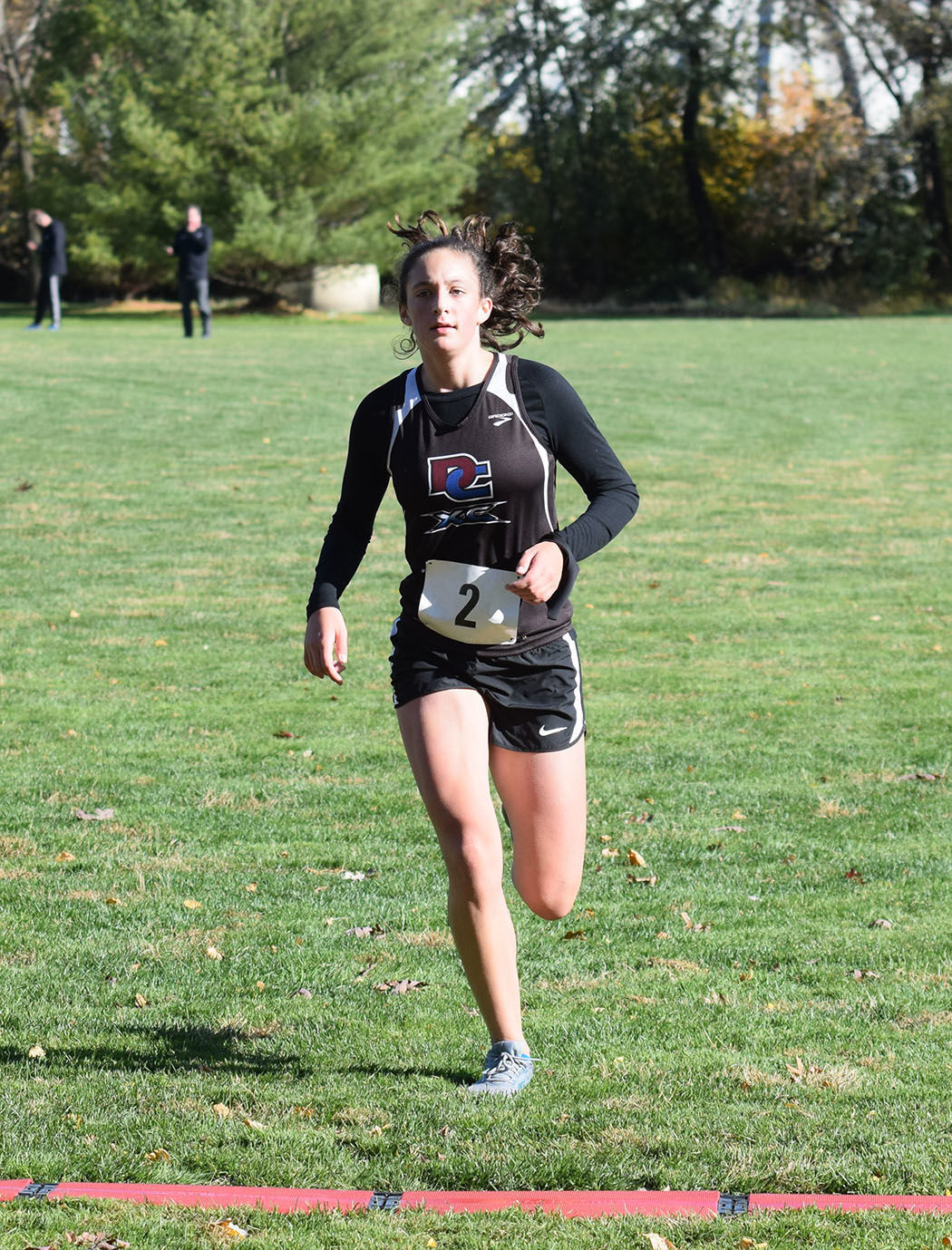 “With the subsectional coming up Tuesday, we didn’t want any of our kids that have a shot at doing well at subsectionals racing all-out,” Polzin said. “We instructed them to run the first mile kind of easy and to run together, and then they were free to run the way they wanted after that.”

It was the first time any of the United runners experienced the course.

“We ran there seven years ago, but it was the first time under that setup,” said Polzin. “When you pull into that park it amazes you that they can fit a 5K course into it; difficult, yes, but it’s challenging. We’re not opposed to stuff like that, but it’s not a course you’re going to run lightning fast because you’re turning a lot.”

That didn’t seem to be a problem for D/C’s Zach Huffman. The senior standout set a new course record, crushing the previous mark of 18 minutes, 33.97 seconds with a 17:56.97 clocking. The previous record holder who set the mark two weeks earlier, Poynette’s Tucker Johnson, finished just behind Huffman in 17:58.56.

The CC race had staggered starts as Huffman and Deerfield/Cambridge, along with Marshall and Waterloo, ran the race first. They then had to wait for the final results after Johnson and Poynette, along with Lake Mills, Lakeside Lutheran and Watertown Luther Prep, completed their run a half hour later.

When the results were tabulated, Huffman’s margin of victory was less than 2 minutes.

“We had no idea it was going to be that close,” said Polzin.

Deerfield/Cambridge wound up winning the team title with a score of 32, while Poynette (54) was second and Watertown Luther Prep (82) finished third among the seven teams that competed.

“It’s always fun to win, but that wasn’t the objective. We just wanted to get a decent workout for the kids,” said Polzin.

Also setting a course record was Poynette senior Katelyn Chadwick. Chadwick broke her own record (set Oct. 1) by over 27 seconds with a winning time of 19:18.89.

Deerfield/Cambridge ran in Tuesday’s Division 2 East Troy Subsectional and qualifiers from there moved on to the sectional at Huffman Course in Cambridge Saturday.