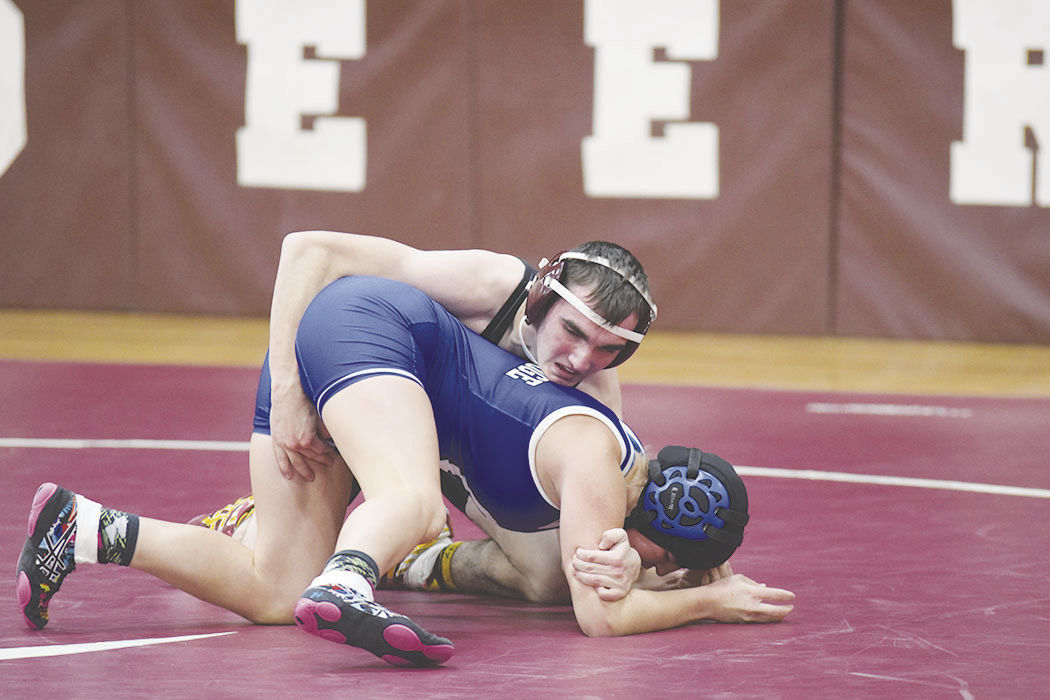 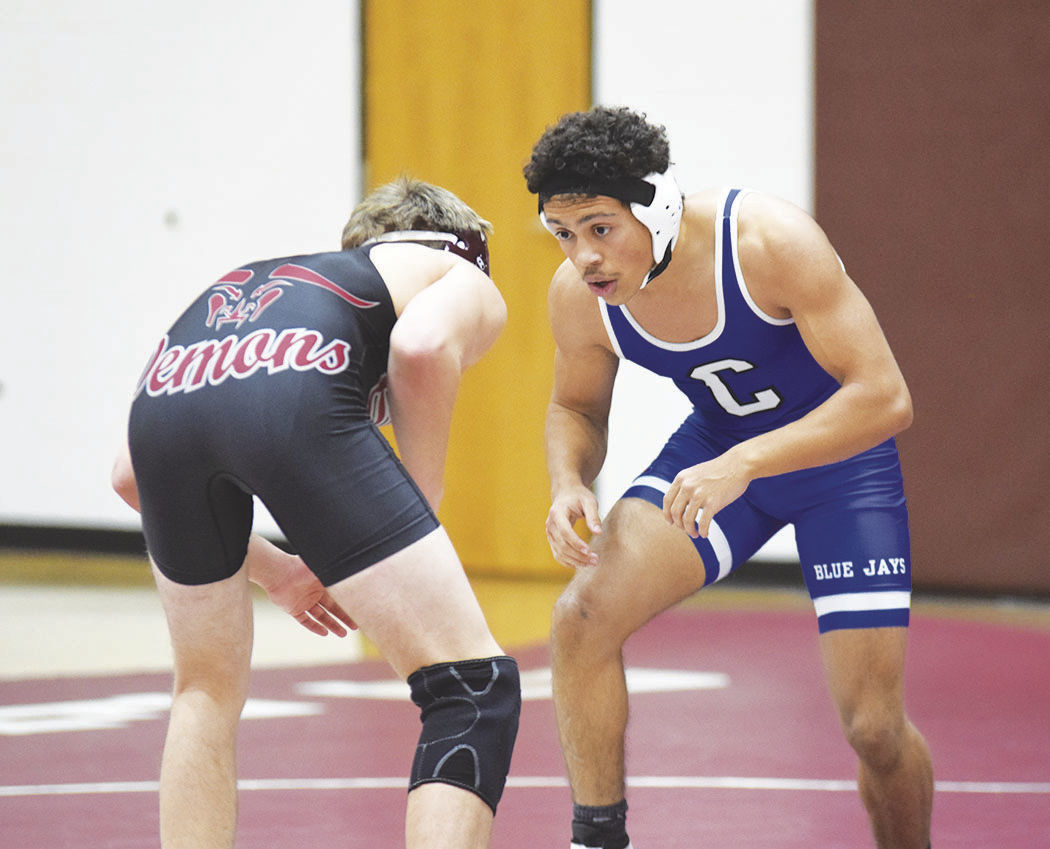 “I was hoping for five to get through but we had six in the finals, so I was wishing for six,” said Deerfield head coach Paul Haag. “We continue to wrestle well; we wrestled well at conference and we wrestled well now at regionals, we’ll see if we can carry it through to sectionals.”

Nicholas McDonough (28-15) pinned Orfordville Parkview’s Camron Duncan in 3 minutes, 45 seconds in the semifinals. The junior then faced top seed Troy Dolphin of Kenosha Christian Lake, the No. 3 ranked wrestler in D3, and was pinned in 1:54.

“(Duncan) has won two-thirds of his matches and it was a fairly close match until Nick caught him from his feet and put him on his back before putting him away. Dolphin was a tough match-up because he had only lost one match all year and that was because he hit his head and the trainer wouldn’t let him continue,” said Haag.

McDonough advanced by RULE after beating Duncan earlier in the day.

Jack McDonough (29-13) pinned Parkview’s Lucas Vonderhaar in 1:49 before battling Christian Life’s Javis Pinter, the No. 2 ranked wrestler at 126, to a bitter third-period pin in 4:20.

“I was impressed, Jack wrestled well with Pinter,” said Haag. “He wasn’t really being dominated, Pinter just got him in a college-level ankle hold; Jack didn’t back down.”

Wilfong (22-9) pinned Parkview’s Matthew Mendez in under a minute (48 seconds) in the quarterfinals, but then suffered a pin in 41 seconds to fifth-ranked Harley Rivera of Kenosha Christian Life in the title match.

“He’s had trouble keeping his elbows high and Rivera put him in a cow-pincher and put him away — you cannot wrestle a kid like that loose and sloppy or he’s going to put you away,” said Haag. “I was still happy with the way he wrestled because Nick has been off for about a month with an injury; from not thinking he would be back to advancing to sectionals is a credit to his toughness.”

Wilfong advanced by RULE after beating Mendez earlier in the day.

Bach (30-12) became the fourth Deerfield wrestler to advance to sectionals by pinning Ryan Paupore of Kenosha St. Joseph’s in :23. The senior was pinned by Christian Life’s Sam Wilson in the first-place match, but advanced by RULE after having beaten Paupore earlier.

“I thought Ray would’ve been a little more competitive in that (finals) match — higher expectations create a higher level of performance anxiety — he’s a gamer and I know he’ll get it solved,” said Haag. “Thirty wins, it’s a great season so far for Ray.”

Jackson (16-25) was the fifth and final Demon to advance to the sectional round. Jackson had an exciting match beating Nathan Bergman of Christian Life 7-5 in overtime in the semifinals. The senior lost by technical fall (16-1) in the championship match to Palmyra-Eagle’s Austin Pogreba.

“Sid’s a kid that hasn’t had a lot of success, so for him as a senior to qualify for sectionals and get to go up there and suit up one more time is great. We’ll see how it goes, I’m so happy for him,” Haag said of Jackson. “To advance to that level after his early-season struggles is a testament to his hard work.”

Jackson advanced by RULE after beating Bergman earlier in the day.

Senior Brenden Peterson also reached the finals, but was pinned in :50 by top-seeded Kade Pinter of Kenosha Christian Life.

Caleb Kendall and Jacob Moody will represent Cambridge in the Dodgeland Sectional.

Kendall (8-6) finished second at 120 pounds. Kendall pinned Ian Suer of Parkview in 2:43 in the semifinals but was pinned in the finals by Nathan Calabrese of Kenosha Christian Life in 3:47.

Kendall advanced as he defeated Suer earlier in the day.

Moody (15-10) pinned Christian Life’s Logan Houston in 2:21 in the semifinals but had to retire in the championship match after suffering an injury 13 seconds into the second period.

Moody advaned after beating Houston earlier in the regional.

Deerfield and Cambridge qualifiers will compete in the Division 3 Dodgeland Sectional Saturday. The first, second and and third-place finishers in each weight class advance to state.