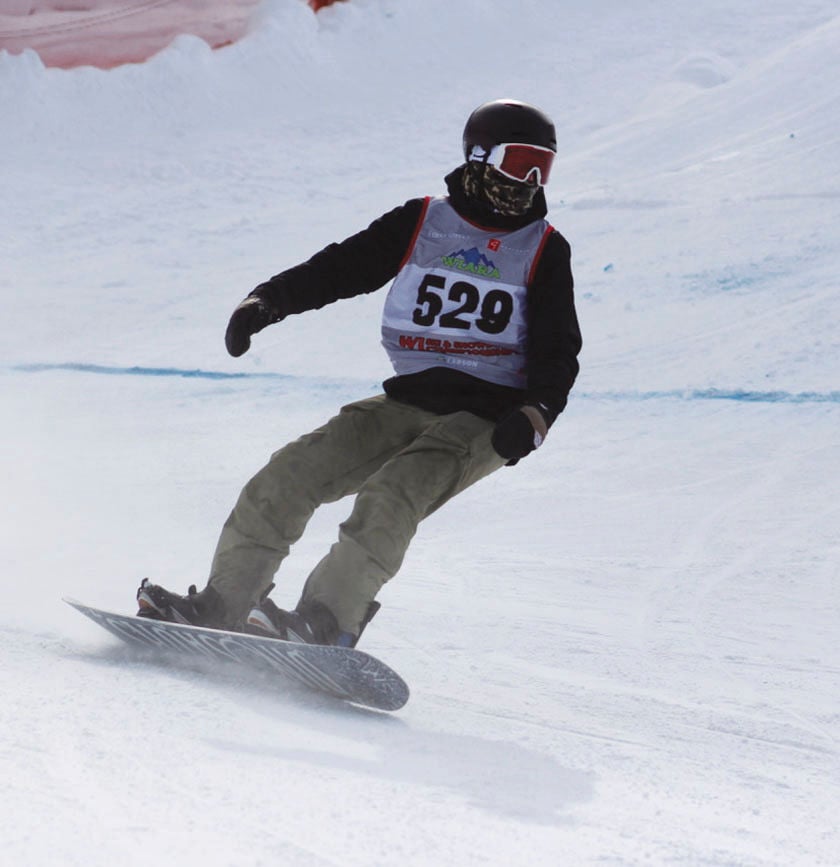 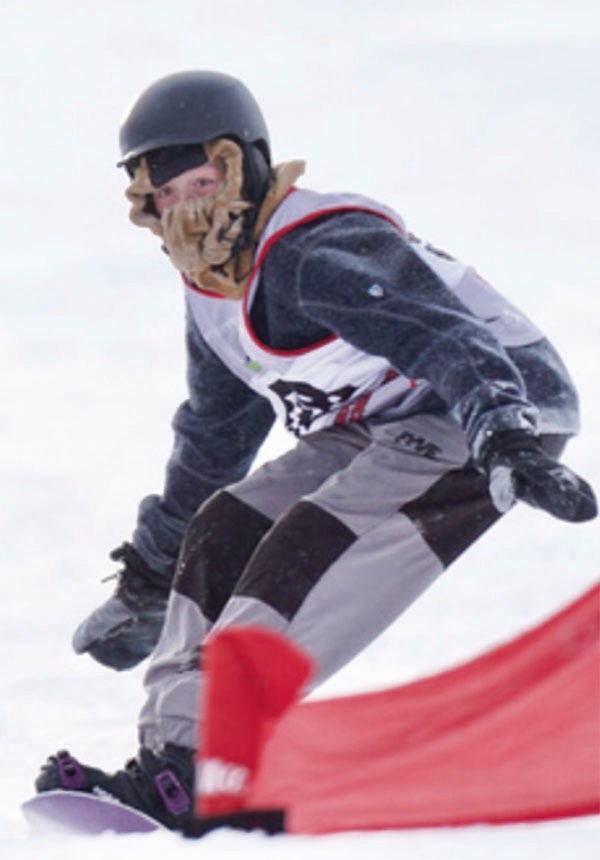 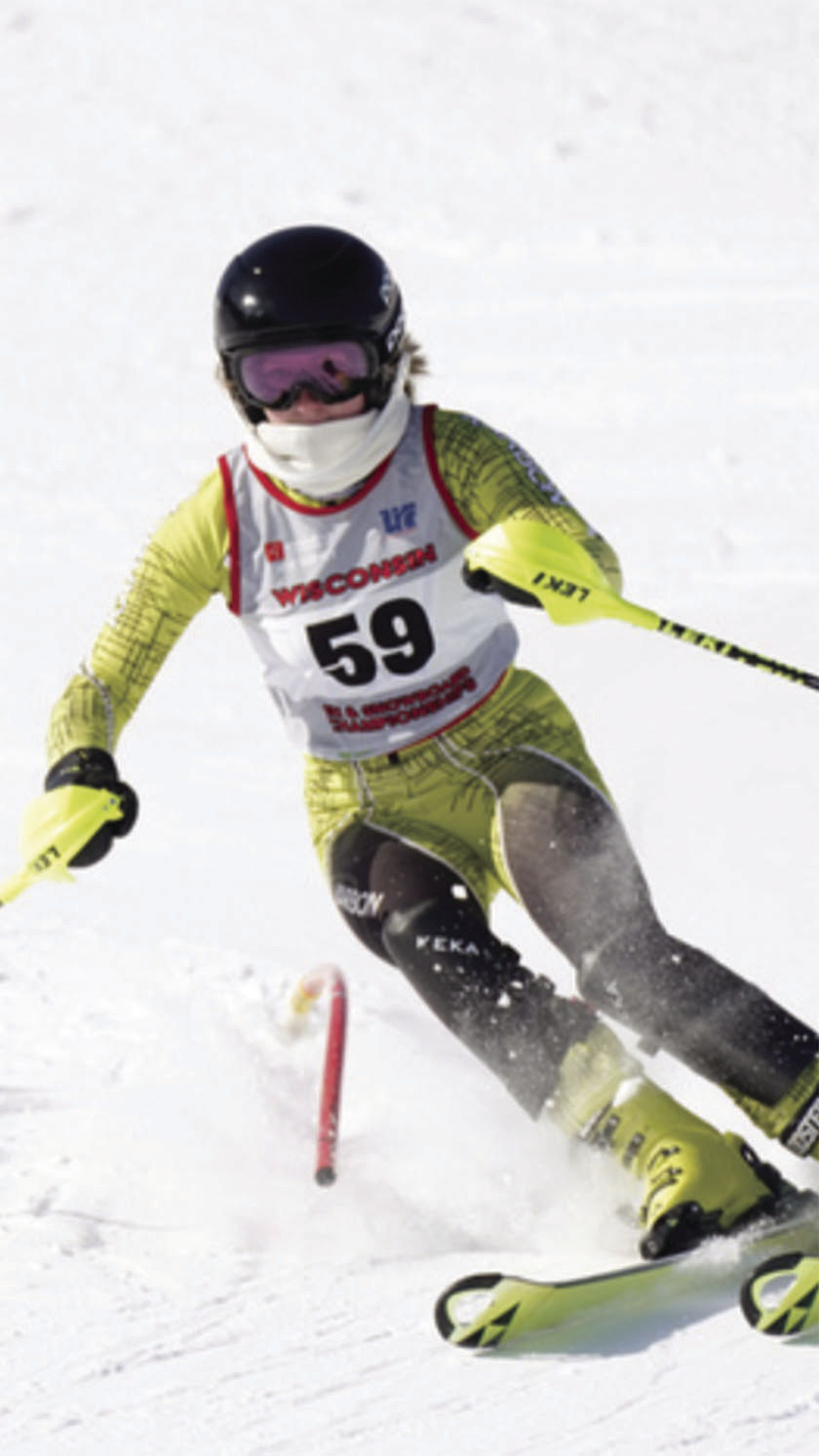 The bitter cold did not slow down the Deerfield ski and snowboard team as they raced in the 2021 Wisconsin High School Alpine Ski & Snowboard Championships held Feb. 13-15, held at Mt. La Crosse.

Junior T.J. Furseth and freshman Milo Graffin qualified as snowboard individuals, while junior Bella Graffin raced as part of Madison Area Co-op for the third year in a row.

Snowboarding made its Olympic debut in 1998, and 23 years later these local athletes continue to combine their skills of surfing, skateboarding, and skiing developing their inside edge, leading to the ultimate thrill ride on Wisconsin finest, steepest banks of packed snow.

The magnificent hills of Mt. La Crosse did not disappoint on the first day of competition as Furseth, the perennial favorite, made his third straight appearance at State and was in the second seed throughout the day, starting off with Snowboard Boardercross.

The chill air led to an icy course and fast turns. Furseth put down a 39.30-second finish, with the winning time coming in at :32.97 by West Bend, and with Milo Graffin finishing in at :42.48.

The second race of the day was Snowboard GS and it was all about edge set when racing and rhythm. The winning time came in at :35.02 by Ashland and muscle memory was in full swing for Furseth with a :46.22 and Graffin at :47.77.

The final race of the day was boys Boarder Slalom that brought in a winning time of :24.20 by Waunakee. Furseth skirted in at :31.97, while Graffin, who often will go full send mode, suffered three falls but was able to pop back up to finish the race and not have a “did not finish,” to a time of :53.85 to end the day.

More exciting than racing came off the racecourse. The boys took full advantage of tackling the terrain at Mt. La Crosse, shredding between the trees and launching off the rock sided bluffs due to the incredible snow pack this year.

Next up on a bitterly frigid day, starting off with a temperature of 15 degrees below zero on Feb. 15, Graffin kicked off on top of Thunderation start in Slalom and attached out of the gate with a time of :48.38 seconds and the winning time was brought in at :40.71 by Catholic Memorial.

Madison Area Co-op Ladies Ski Team was entering in as an outside contender defending its title coming off a championship win in 2020. Graffin did not disappoint, in full charge mode picking up fourth seed and shooting her team from ninth place to fourth place, after giant slalom landing them on the podium. The cow bells were in full swing ringing loud as she raced across the finish.

Madison area co-op held tight to their podium for the third and final race of the day with Super-G. Graffin brought in a time of :43.52 with winning time being :38.11. Madison Area Co-op landed in fourth place out of 19 teams. Alpine skiing is centered around six disciplines and State offered 3 of the 6 with Slalom, GS, and Super-G. Graffin stated she was too wide on her turns coming in on Super-G, which was the first time this season that she raced that event.

High School Nationals have been canceled this year in Vermont along with Nationals for USASA held in Colorado as COVID-19 continues. However, Wisconsin still named podium finishers to the Wisconsin State Team for 2021 even though they will not compete this year in a National competition.

Even with a late start to the ski and snowboard season, the snow packed on in January and the athletes were blessed to play outside. These athletes had only three weeks to their noticeably short season due to not being able to race in Dane County. It moved quickly but being an outdoor sport their commitment to mandatory face coverings and physical distancing on chairlifts was completely attainable to adhere to COVID-19 standards and they are enjoying every inch of snow and cold 2021 is bringing them.