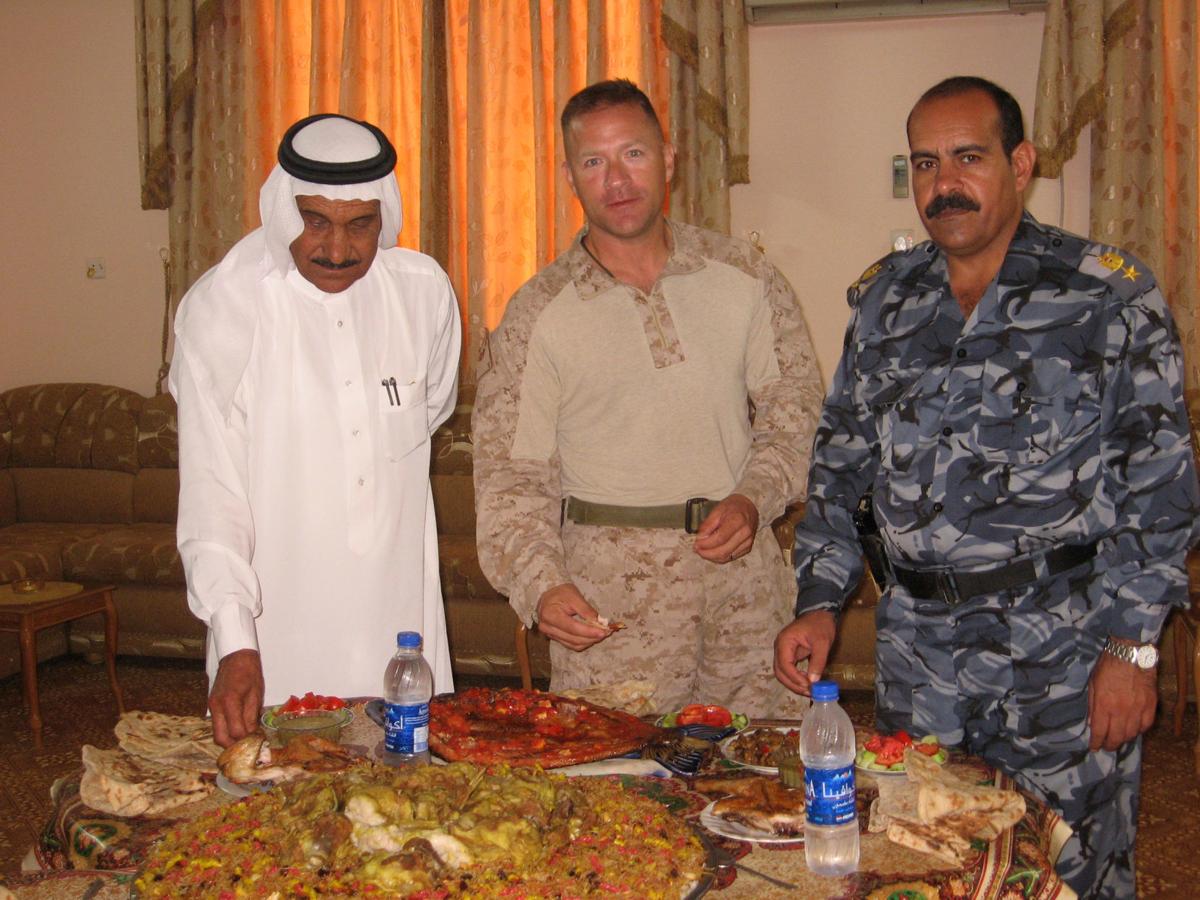 Scott Fosdal (center) eats with an Iraqi sheik and local police during his time in the Marine Corps. 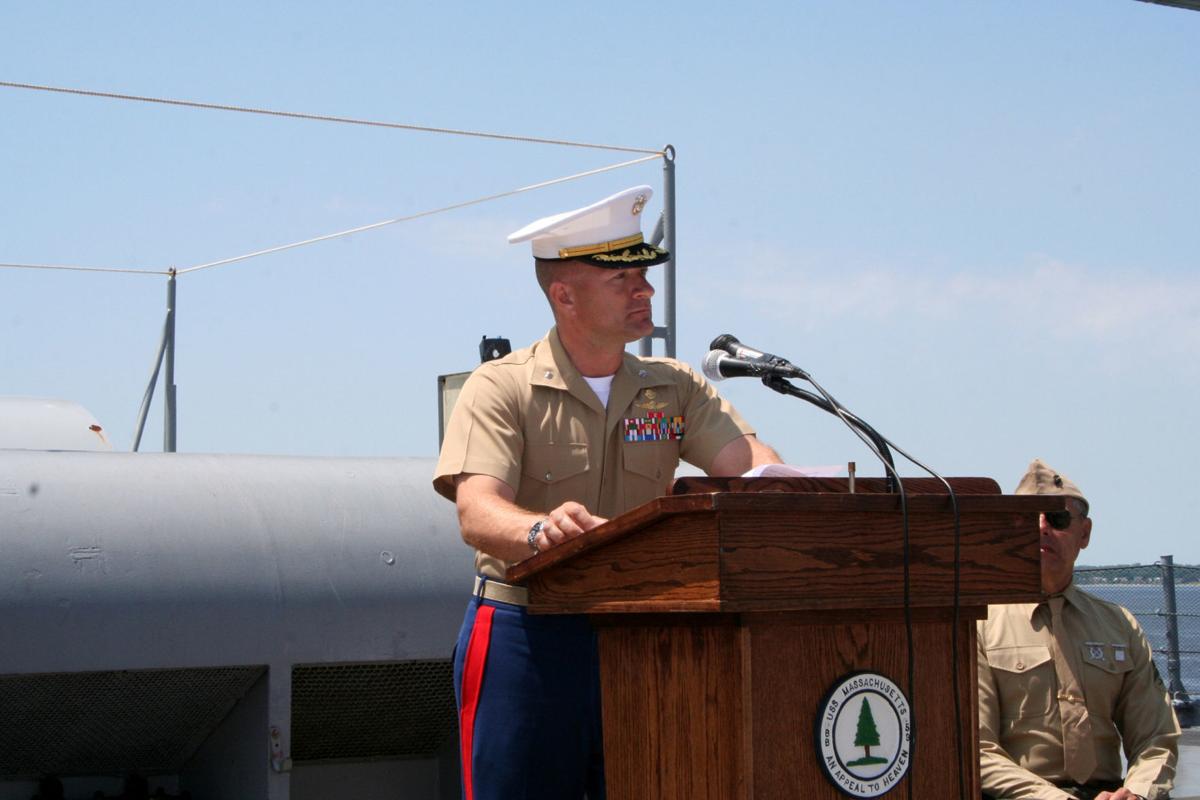 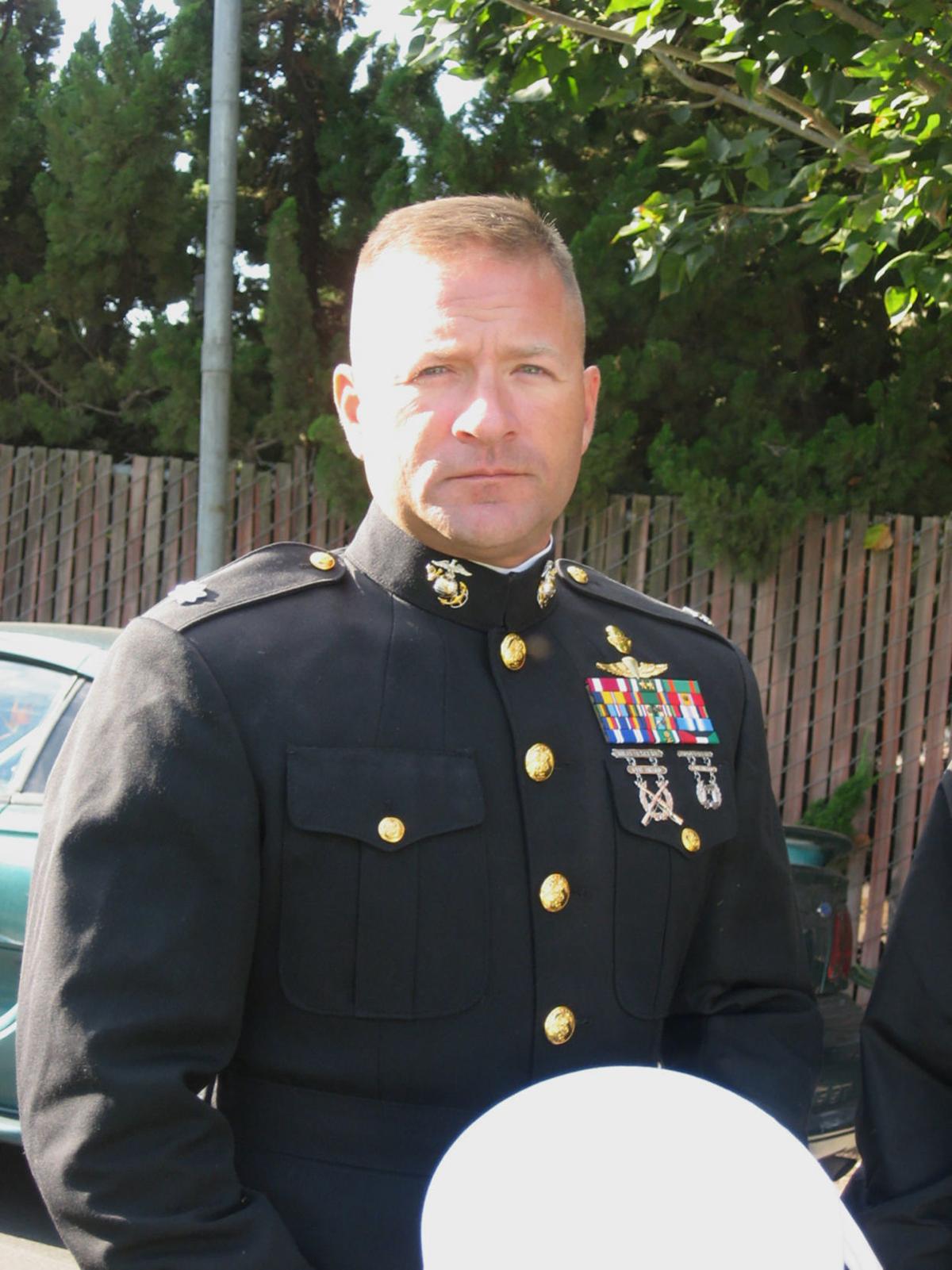 Colonel Scott Fosdal attends a funeral for a Marine killed in Afghanistan, during his time in the Marine Corps.

Scott Fosdal (center) eats with an Iraqi sheik and local police during his time in the Marine Corps.

Colonel Scott Fosdal attends a funeral for a Marine killed in Afghanistan, during his time in the Marine Corps.

For U.S. Marine Corps Colonel Scott Fosdal, “good fortune and a little bit of preparation,” are the two factors in success.

“No one can really accomplish much on their own,” Fosdal said. “I’m certainly the product of my family, my community and in this case the school, the teachers.”

“Anyone who thinks that they’ve done 30 years in the Marine Corps...purely as a result of their abilities is delusional. There’s so much fortune, outside influences. Did you get good advice? Did people take care of you?”

After Fosdal graduated from Cambridge High School, he earned a political science degree from Texas A&M University. He was commissioned as a second lieutenant in the Marine Corps in 1988 and went on to serve in many roles in his military career, including as an officer instructor, commander of Camp Schwab, operations officer, commanding officer and advisor to foreign armies.

Fosdal served around the globe including in Montana, Virginia, California, the Arabian Gulf, Japan, Afghanistan and Iraq.

He said his most meaningful career experiences came when he got to educate up-and-coming Marines and build tight-knit teams as their leader. Those were roles devoted to nurturing and shaping, he said.

“(You) bring people in, give them a unifying purpose, experience some uncomfortable times,” Fosdal said. “You complete the task you’ve been given and that’s satisfying.”

He said he received similar support growing up in Cambridge.

He credited his introduction to the military to a high school counselor, who pulled him from class to meet military recruiters, encouraged him to apply for the U.S. Naval Academy and helped him earn an ROTC scholarship.

Fosdal said he was also shaped by CHS teachers. His math teacher taught him to practice new skills every day, his English teacher took time to discuss books he was reading for fun and CHS principal Gene Wilson got him in line from a young age, Fosdal said. Years later, Fosdal received letters from former teachers and Wilson while deployed during Desert Storm.

It was a “school environment that allowed me to develop enough velocity to get going, get out there, and do what I’ve been doing for the past 30-some odd years,” he said. The school is “nurturing people, developing people and then setting them loose.”

Fosdal said the award is also for his father. Gerald Fosdal founded Fosdal Home Bakery in Stoughton in 1939. It’s still in operation today.

“Talk about a good example,” Fosdal said. He said his father worked14 hours a day, six days a week at the bakery.

Fosdal will speak more about his career and his Cambridge connection at the Sept. 29 Blue Jay Hall of Honor banquet and the Athletic Hall of Fame induction at the Lake Ripley Country Club. There will be a 1 p.m. open house at the high school, 403 Blue Jay Way, followed by a 2 p.m. social hour at the Country Club and a 3 p.m. dinner and ceremony.

When people thank Fosdal for his service, his response is usually “well I really enjoyed it.”

“Thank you for paying your taxes, otherwise it wouldn’t have been possible,” he said.