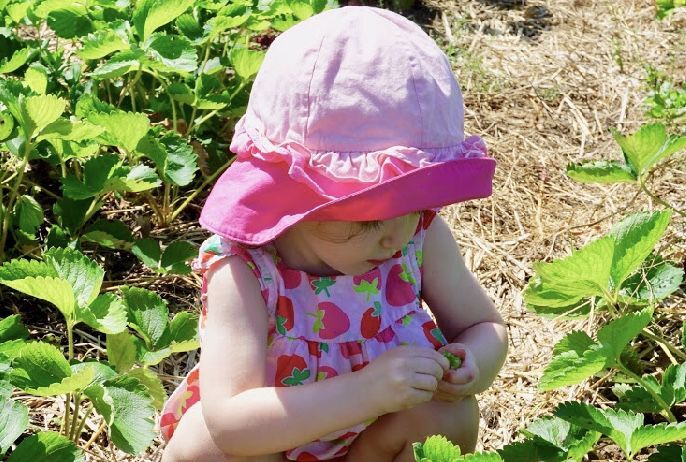 Strawberry picking is fun for young and old alike. A young berry picker is seen at Gracie’s Berries in Cambridge during a previous berry picking season. 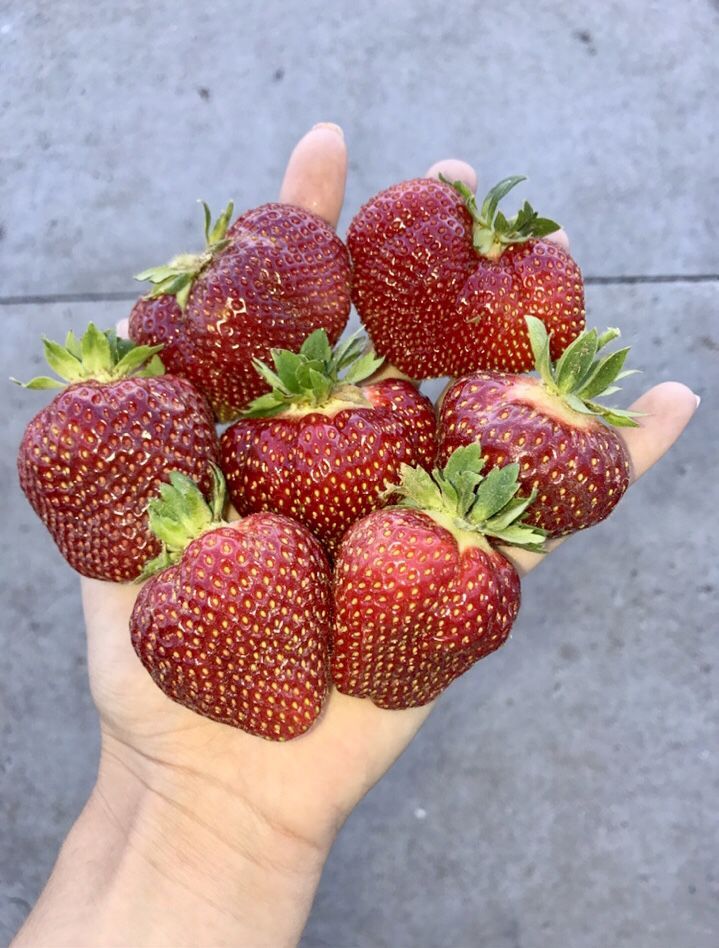 To find berry growers around the state, visit the Wisconsin Berry Growers Association at wiberries.org. 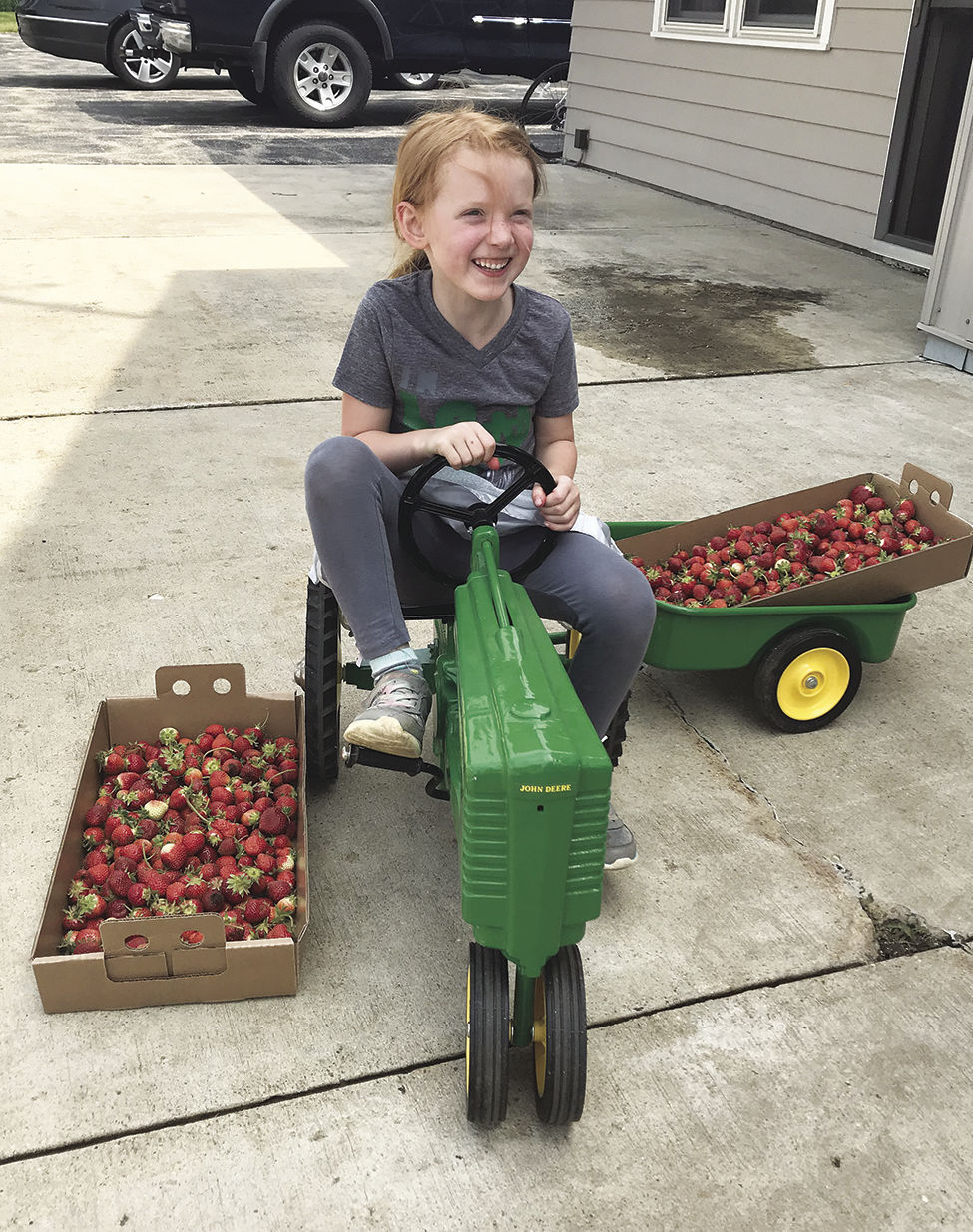 Berry picking is fun for young and old at Gracie’s Berries.

Strawberry picking is fun for young and old alike. A young berry picker is seen at Gracie’s Berries in Cambridge during a previous berry picking season.

To find berry growers around the state, visit the Wisconsin Berry Growers Association at wiberries.org.

Berry picking is fun for young and old at Gracie’s Berries.

Craig Carpenter, owner of Gracie’s Berries near Cambridge and president of the Wisconsin Berry Growers Association, says families come out to his farm each year, some picking many pounds of berries.

“Some will pick 100 pounds of strawberries and they take them home and freeze them and make jams and jellies,” he said.

Carpenter started Gracie’s Berries 11 years ago for his daughters to learn work ethic and business skills. It’s on about two-and-a-half acres near his manufacturing company. They grow six different varieties.

Carpenter says his favorite part of the season is that first berry.

“The king berry comes from the first flower on the plant of the season,” Carpenter said. “As the season progresses the flowers get smaller. Everybody wants those king berries, that’s the one you take the first bite of.

The Wisconsin Berry Growers Association is a non-profit organization dedicated to the production and promotion of Wisconsin strawberries, raspberries and blueberries.

Membership is made up of large commercial growers and backyard hobbyists. Last year, the association received a $13,000 grant from the Department of Agriculture Trade and Consumer Protection to put together a website with the Wisconsin Vegetable Growers last year. The website includes great tools, from a directory of farms to tips.

Carpenter is an engineer and says his background helps him look at farming in a different way.

“I think the rest of the board appreciates that and I’ve learned so much from the group,” he said.

Carpenter uses integrated pest management on his berries, which means he doesn’t spray any pesticide on his plants after they start blossoming.

“I probably eat the most berries and I don’t want to ingest that stuff either,” he said.

Another farm that families might want to venture to is Carandale Fruit Farm. Dale and Cindy Secher and their son Cory operate the longest established pick-your-own fruit farm in Dane County, open since 1969.

In Dodge County, Kirschbaum’s Strawberry Acres is another place to pick strawberries. Its strawberries are generally available to be picked all season. This year, June 15 is its projected start date, according to owner Stan Kirshbaum. Before heading out to pick, call their berry hotline at 920-887-7530 to check conditions.

Jelli’s Market in Helenville has been offering berry picking since 2001. Its owners founded their small berry farm with the intent to make some extra money to send their three daughters to college.

“When we planted our first 25,000 strawberry plants in 2001, none of us imagined that Jelli’s Market would blossom into what we have today,” the market says on its website. “Our first few years growing four acres of strawberries worked out pretty well, so we expanded to about 10 acres and thanks to the encouragement of our customers, we also planted two acres of raspberries.”

Jelli’s Market now grows 12 acres of strawberries, two acres of raspberries and blueberries, one acre of asparagus and about 20 acres of sweet corn.

The operation has been a family affair from the beginning. Steve and Jody Knoebel own and operate the business, and their daughters Jessica, Lindsay and Libby have strong ties to the operation.

Carpenter said in addition to that first berry of the season, he also loves berries crushed over vanilla ice cream or strawberry shortcake.

“Strawberries are just plain healthy for you especially without all the insecticides on them.”

Carpenter urged people not to be afraid to pick berries during the COVID-19 pandemic, despite some social distancing likely being required.

“I don’t want people to use the virus as an excuse to not pick berries. We can pre-pick berries for people who don’t feel comfortable picking,” he said.