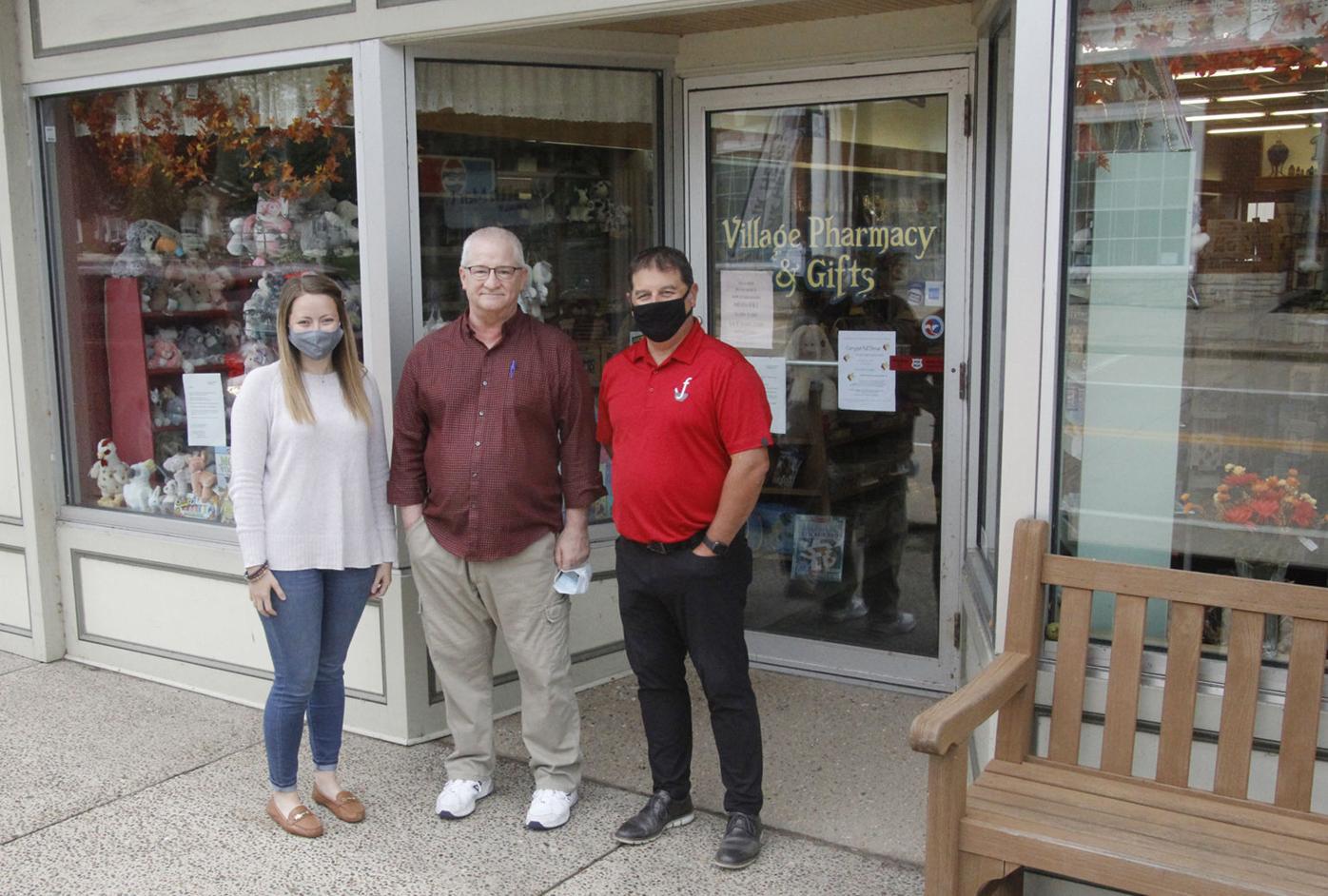 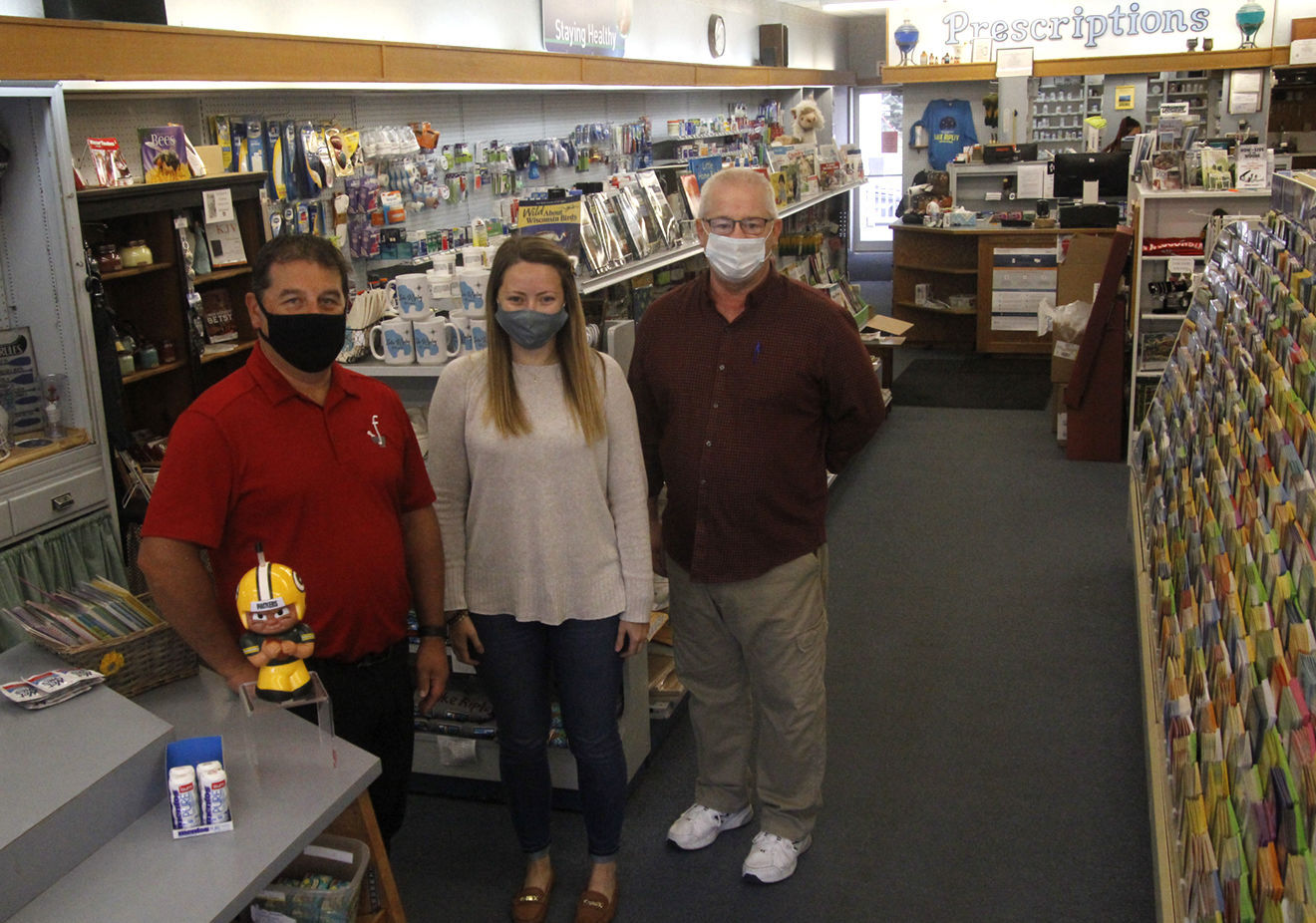 Correction: The print version of this article, and an earlier online version, should have said the new hours in Cambridge are 9 a.m. to 6 p.m. Monday through Friday and 9 a.m. to 2 p.m. Saturday. The correction has been made below. We regret the error.

The Cottage Grove owners of a string of small, local pharmacies have bought a historic pharmacy on Main Street in Cambridge.

Matt and Kristin Mabie started Forward Pharmacy in December 2017 with locations in Deerfield, McFarland and Cottage Grove. They added a location in Columbus in May 2019.

Bluhm, the owner since 1996, said it’s his understanding the Cambridge building has been a pharmacy since it was constructed in the 1890s. It has had a succession of owners and various names. Bluhm said he bought it from Lane and Judy Taylor, who had operated it for eight years.

Mabie said he expects the Cambridge store to be renamed Forward Pharmacy by early 2021.

He also said he expects to “refresh” the store with new fixtures and new displays and some changes to what is stocked.

He said the changes will include additional focus on over-the-counter medications, “so you don’t have to go to Fort or Madison to get that.”

“We’re going to make an extra effort to have everything and anything you might need,” Mabie said.

Village Pharmacy & Gifts has kept its doors locked since the spring, restricting in-person shopping due to the COVID-19 pandemic. Bluhm said he has continued to offer curbside and delivery service.

Matt Mabie said he plans to reopen the doors the week of Sept. 21. The hours will be 9 a.m. to 6 p.m. Monday through Friday and 9 a.m. to 2 p.m. Saturday. Curbside and delivery service will continue.

Bluhm said he’s worked in his tenure to retain the quality, atmosphere and relationships that have been hallmarks of the downtown Cambridge pharmacy for generations.

Ensuring local residents have access to needed medicine without having to drive to another community “was my priority,” he said. “I have always been happy to fill that need.”

In recent years, Bluhm said the work “has gotten a lot more high-tech, and competition a little more severe, but the rewards are still good.”

Bluhm said in deciding to sell to the Mabies, he saw “a small company and good people.”

Mabie said it was clear in the sale negotiations that Bluhm was hoping to “find somebody who was going to keep the store open, not just buy it and close it,” which he said he was “sure” a large regional or national chain would have done.

Mabie grew up in Cottage Grove and still lives there with his wife and children. He said being connected to the local community is important.

He said that intentional local focus influenced the decision to hire MacKenzie Eliszewski, a 2011 Deerfield High School graduate, as a pharmacist in Cambridge. She’ll be assisted by other pharmacists who float between the Forward Pharmacy locations, and a new recently hired Cambridge pharmacy tech.

Eliszewski said she’s trained with Bluhm for about six weeks now, and expects to mostly continue “the same as he was doing it…same place, same everything.”

She said in recent weeks, “I’ve been doing a lot of card shopping and bringing them out to people,” curbside, for approval before a purchase is finalized.

She said it’s been fun getting to know the Cambridge community.

Bluhm said he has a good feeling about where the Mabies will take the Cambridge pharmacy.

“From what I’ve seen so far they’re going to do fine,” Bluhm said.