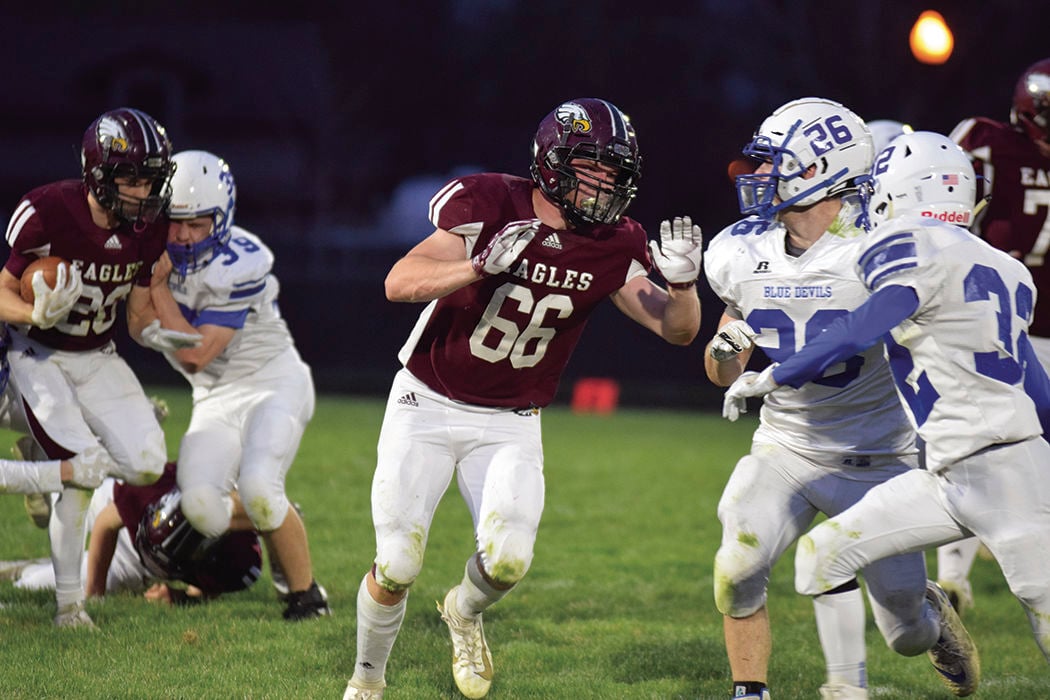 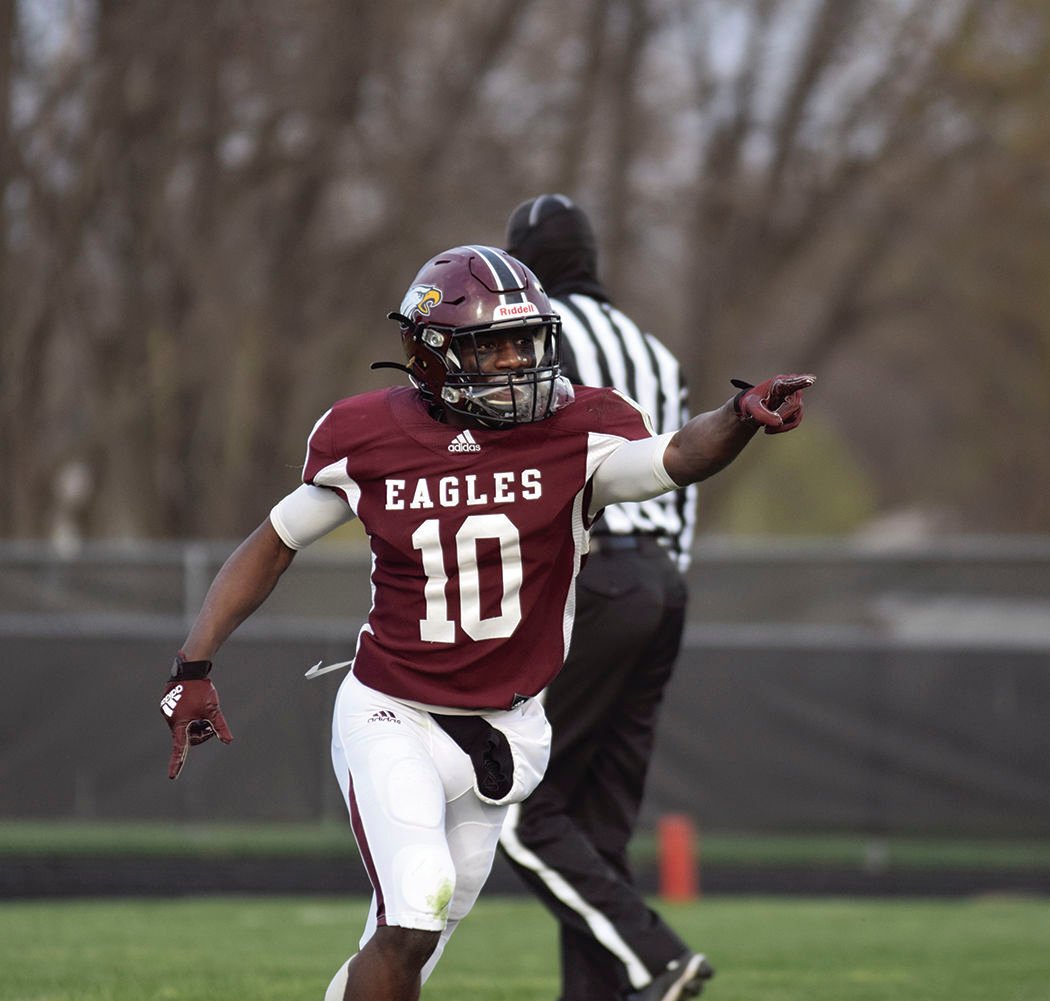 Junior running back Nate McKenzie celebrates his 40-yard touchdown run in the first quarter of Jefferson's 49-20 win over Evansville Friday. McKenzie rushed for 128 yards helping the Eagles amass 308 total rushing yards while finishing the alternate fall season with a 4-1 record.

Junior running back Nate McKenzie celebrates his 40-yard touchdown run in the first quarter of Jefferson's 49-20 win over Evansville Friday. McKenzie rushed for 128 yards helping the Eagles amass 308 total rushing yards while finishing the alternate fall season with a 4-1 record.

JEFFERSON — Jefferson struck quick and never let its foot off the gas pedal in a 49-20 throttling of Evansville in a showdown of Rock Valley-Big Conference frontrunners Friday night.

The Eagles scored on their first three possessions of the first quarter and went on to amass 308 yards rushing to finish the alternate fall season with a 4-1 record.

“It was a huge opportunity just to get this extra season with the seniors,” said junior linebacker Brady Lehman, who finished with a team-leading nine tackles while opening up gaping holes from his offensive line position. “I couldn’t ask for anything more.”

Not only did the Eagles cap off the alternate season with a victory, they avenged a 40-8 loss to the reigning RVC co-champions.

“Whether we went 4-1 or 1-4, I was excited for the five seniors who said ‘I want to play football’ and was excited they had that opportunity,” Eagles head coach Steve Gee said. “They all were huge contributors and did a great job.”

Jefferson didn’t waste time scoring on drives of three and two plays. Nate McKenzie’s 47-yard run set up the game’s first score, a 10-yard Jesse Heller run. After the Blue Devils (3-2) answered with an eight-play drive capped off by Mason Young’s 23-yard scamper, the Eagles needed just two plays to reach the end zone as McKenzie ripped off a 40-yard scoring jaunt to give the hosts a 14-6 advantage.

“That turned the tide of the game,” said Lehman of the fast start.

Jefferson’s lead grew to 28-6 when junior Patrick Rogers scored on a 1-yard run on the first play of the second quarter, but Evansville cut that advantage to 28-12 as quarterback Tyr Seveson scored on a 1-yard keeper midway through the quarter.

Junior speedster Brady Gotto then dashed any hopes of a Blue Devils comeback when he ripped off a 60-yard run with 6:21 remaining in the half.

“Unfortunately it’s the end of the season while I think we’re just getting into mid-season form. Week 5 in a normal season is the point where you start talking about the subtle parts of the game and this week in practice I started seeing that,” said Gee.

The Eagles entered the game without an interception on the season, but picked off four Severson passes Friday. McKenzie had two interceptions while Josh Gehl and Ethan Dieckman each had one.

“From my perspective as a coach it’s a preview of this really big junior class to introduce them to what varsity football really is; now these guys have had some success. I believe they’ll be pretty motivated to have a great spring, work hard in the weight room and come back and see what we can do in a full season,” said Gee.

“We just have a great team and I’m ready to come back in August,” said Lehman.