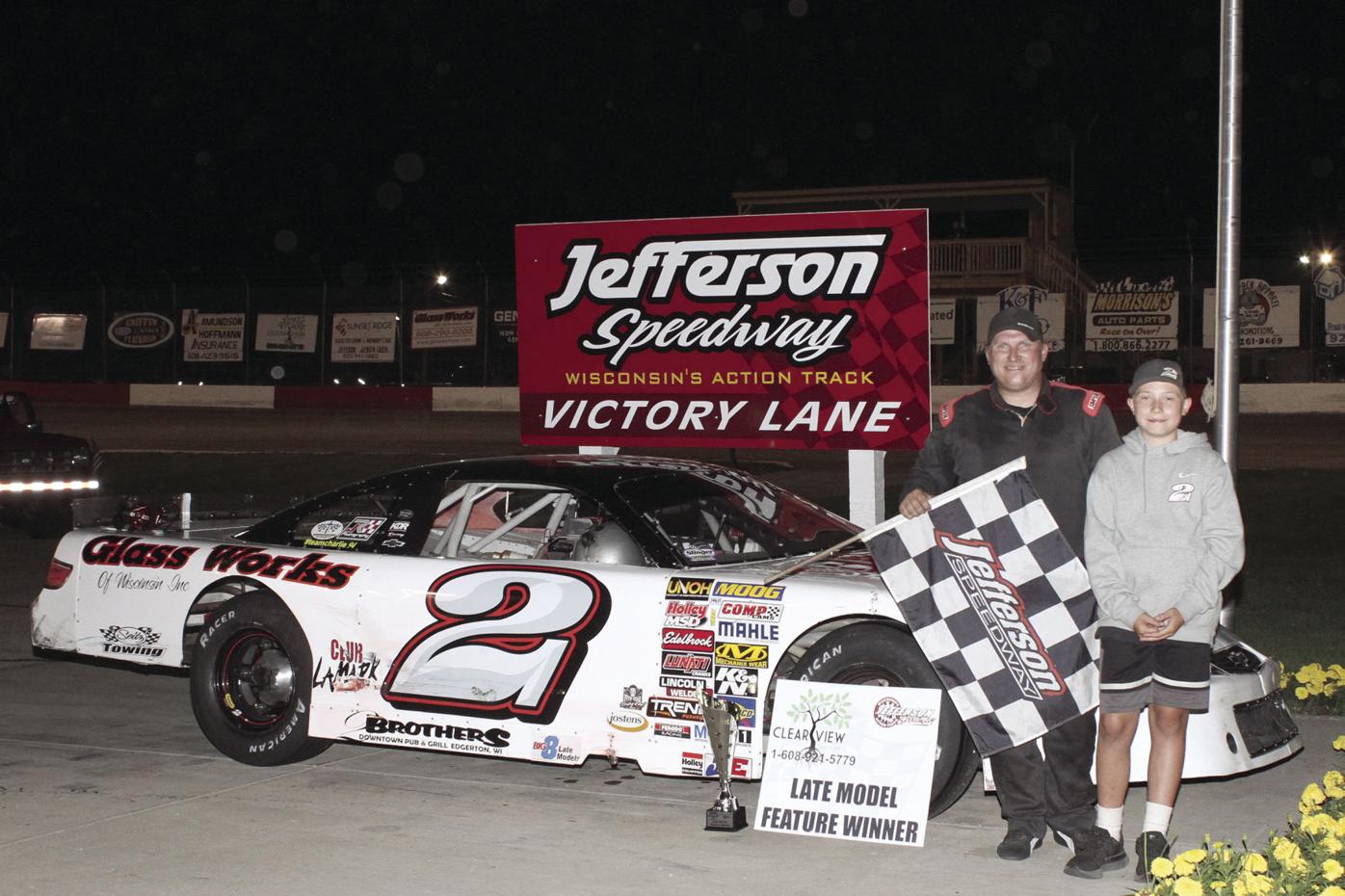 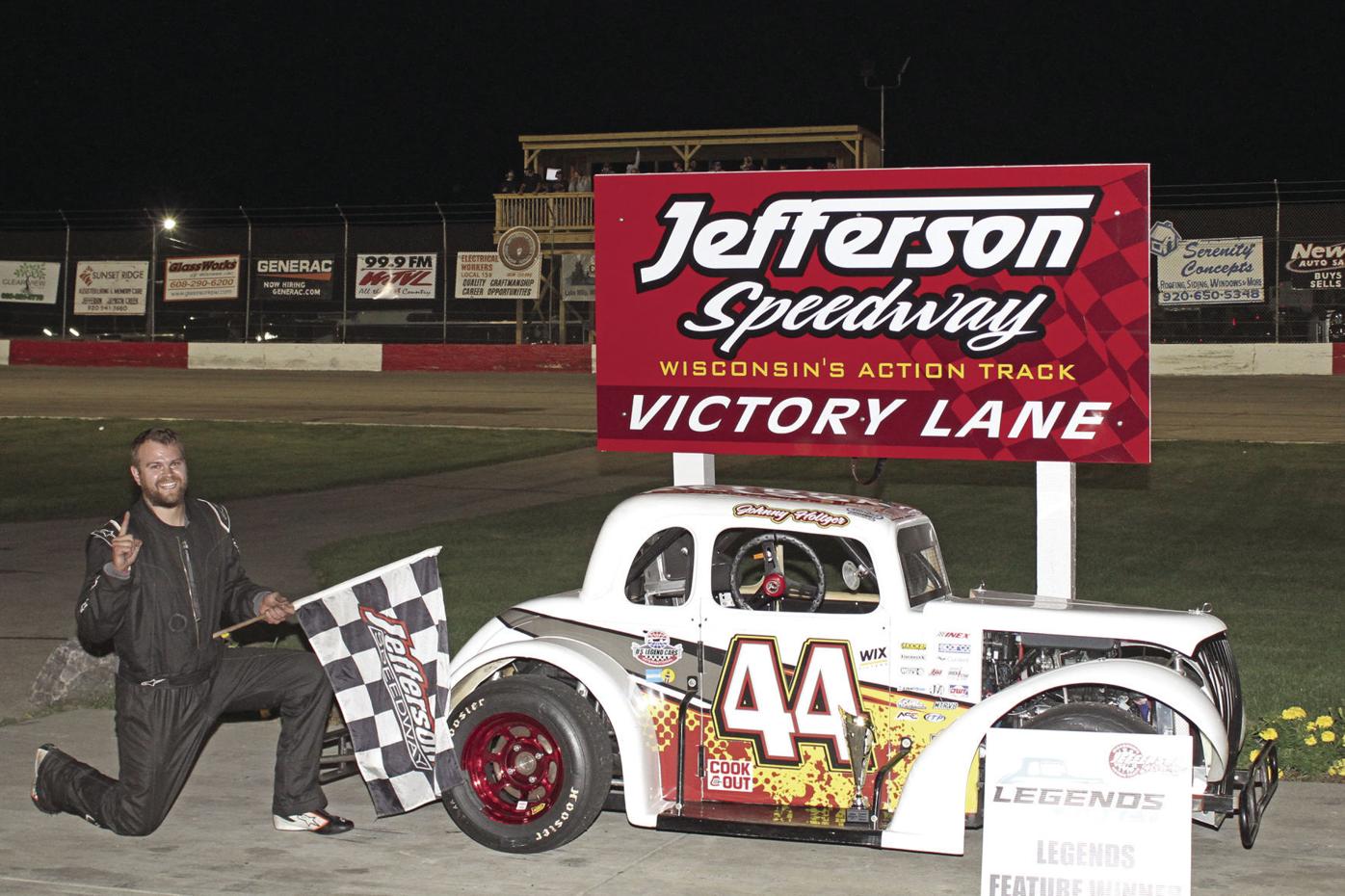 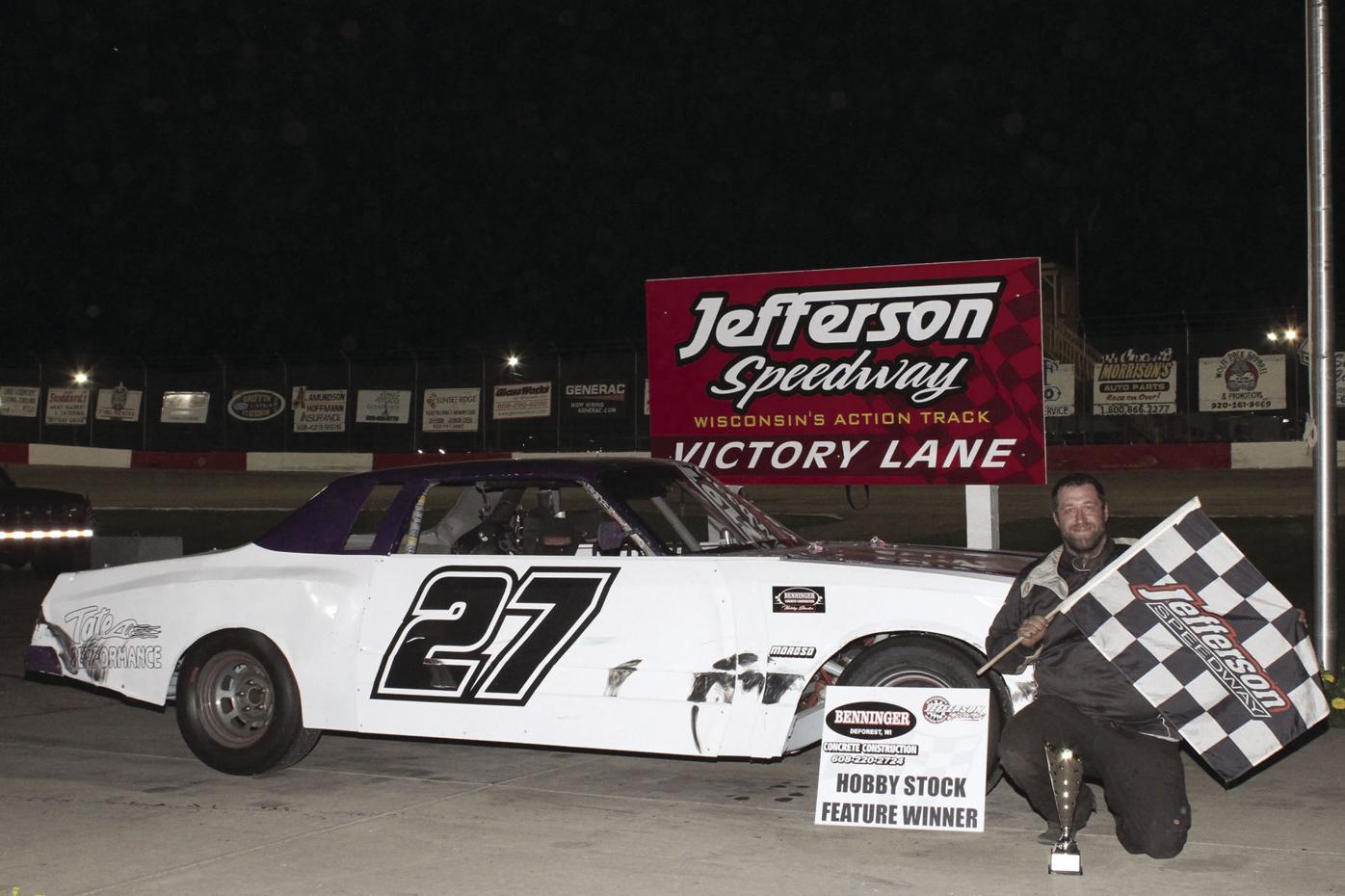 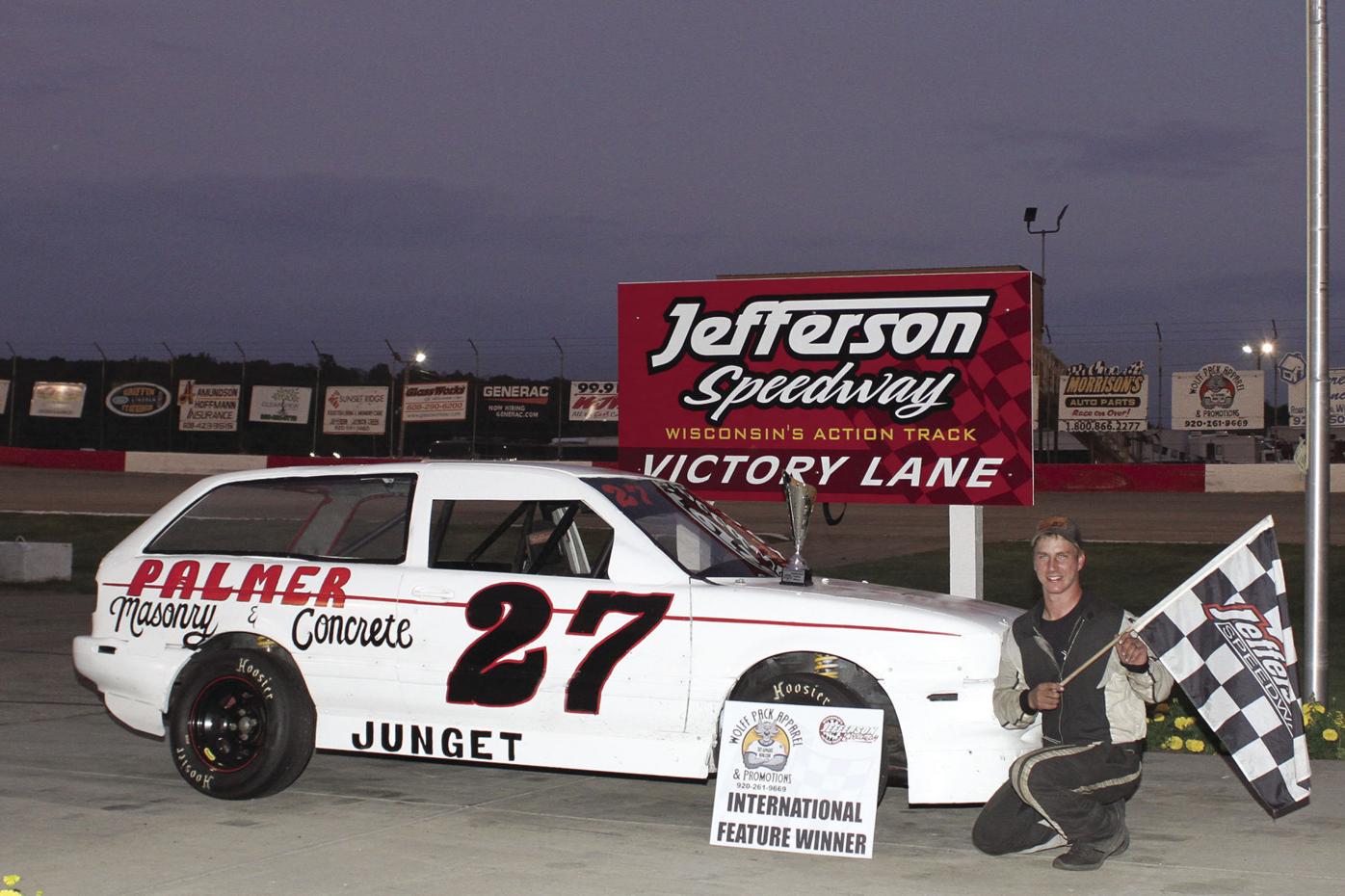 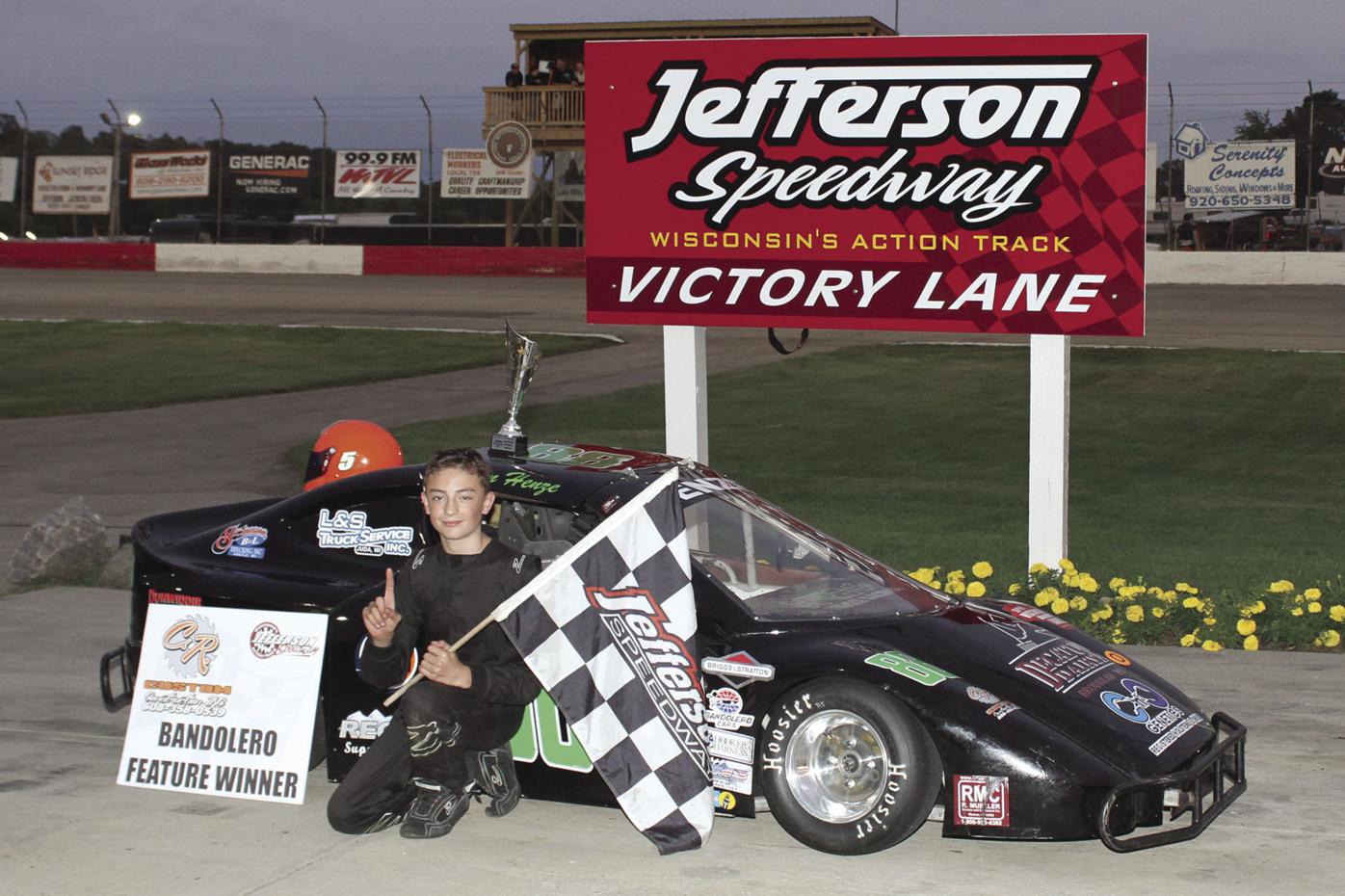 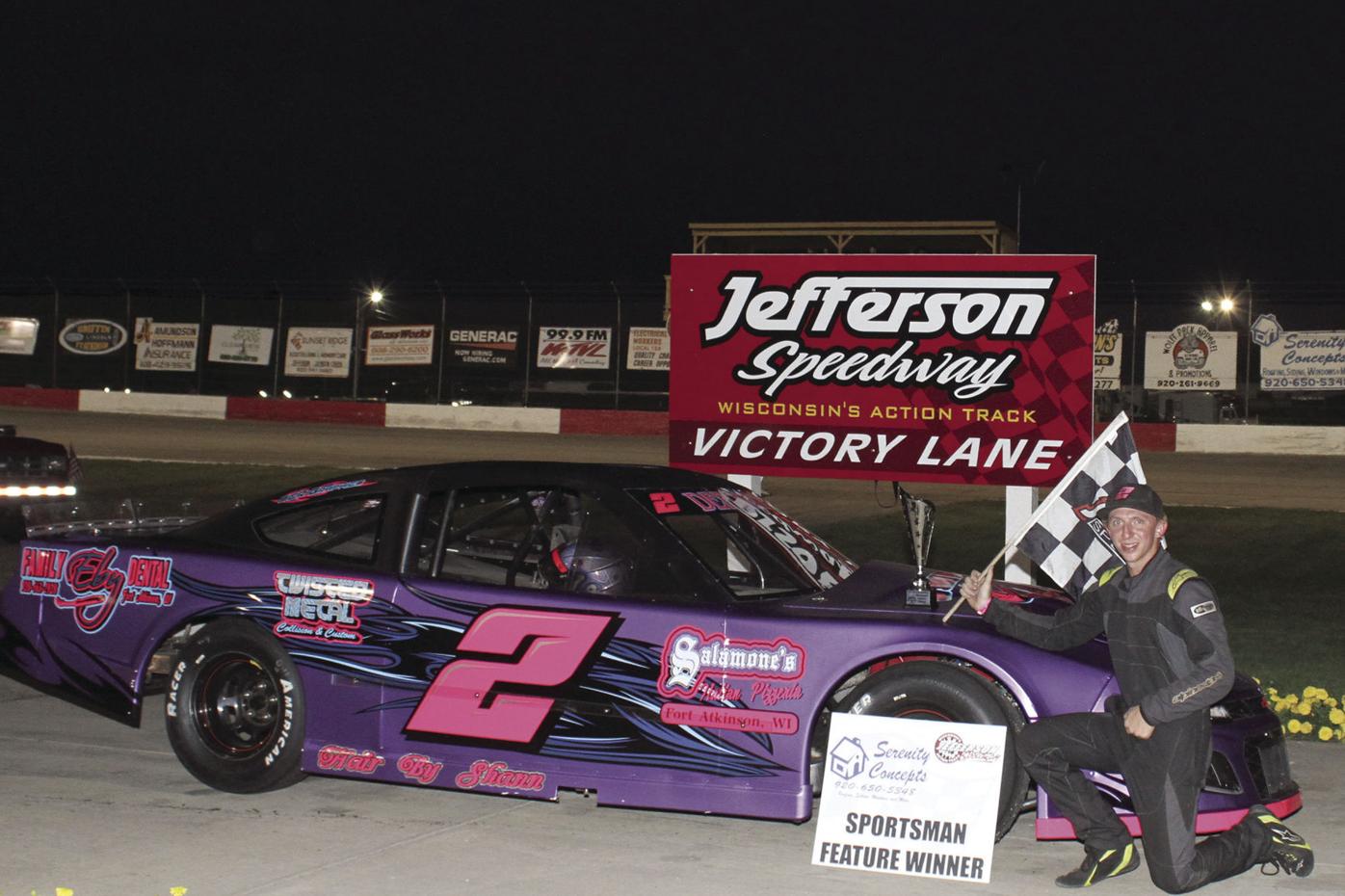 Bruce Lee and Paul Kisow paced the field of 19 late models to green as they battled for the first lead lap. Kisow would edge ahead and lead, but after completing the first lap, Mike Taylor would bring out the first caution of the race, spinning on his own in the middle of turns three and four. The race would restart with Kisow on the pole and Lee on the outside. It was Kisow again who would jump out and take the lead.

Kisow would lead over half the race until Nottestad took it on lap thirty three. Kolton Guralski would challenge Kisow for the lead on laps fifteen and sixteen. They would go into turns one and two on lap sixteen side by side. On lap seventeen, Guralski would lead his only lap. On lap eighteen Kisow would take back the lead. While this battle was going on, Nottestad made his way from tenth to fifth by lap eight. Nottestad would stay in fifth for a few more laps and on lap thirteen would be scored fourth.

On lap twenty-two Nottestad would pass Lee for third. Nottestad would now look to pass Guralski to take second six laps later. Five more laps and Nottestad took the lead from Kisow. Jason Erickson, our fast qualifier of the night, tried with all his might to get to the front. He passed Kisow on lap forty one to get to second where he would push closer to Nottestad. But Nottestad would finish first with Erickson in second, Kisow third, Guralski fourth, and Michael Gruenberg would round out the top five.

Tyler Deporter of Fort Atkinson won his first feature of the season in the 30 lap Serenity Concepts sportsman feature. Starting P11, he had his work cut out for him. Cris Harmon and Adam Schook led the field to the green flag start. Harmon would battle side by side for five laps with Schook. Schook would take the lead from Harmon on lap six. Schook would lead the next eight laps.

On lap thirteen the only caution would come out for Brandon Delacy breaking (his wheel and tire would roll past him). They would re-line up with Schook on the pole and Collin Tomlinson on the outside. It was Schook who would lead for one additional lap and then Tomlinson would overtake him to lead for the next seven laps.

Josh Madell was right in the mix and decided it was his turn to challenge for the lead. He would take the lead from Tomlinson on lap sixteen. All while this was happening, T. Deporter would be knocking off position by position. On lap fifteen he would make it to fourth. In front of him was Tomlinson, Madell and Schook.

Point leader James Junget captured the 20 lap Wolff Pack Apparel International feature event. Tommy Bleeker and Tyler Edmundson paced the field. Edmundson would lead the first lap, on lap 2 he would get loose coming out of two giving Bleeker the opportunity to take the lead. Bleeker would lead for the following two laps.

Jim Ronspiez was fast on their bumpers and there to take the lead from Bleeker. Meanwhile, Junget starting in the tenth position would work his way closer to the leaders. By lap four he was in fourth.

Timothy Higgins would lead on lap seven and Junget would take the lead on lap eight where he would remain the rest of the race until lap twelve Junget had a five car lead. Behind him Weston Strese starting in the twelfth position as the fast qualifier would work his way up to third with his brother Carson Strese behind him. Top five finishers were Junget, T. Higgins, W. Strese, C. Strese and Neil Higgins.

Aaron Moyer captured the 25 lap Legends Direct Legends feature event. Ben Massman and Chad Olds paced the field. It would be Massman to take the lead for the first eight laps.

The one and only caution would come out on lap eight for Matt Allen spinning on his own. This would involve a few cars with a decent amount of damage, Kacey Korsmo, Kenny Storkson and Robbie Morrison. Each would leave the track, only Morrison would return on lap eleven a few laps down. Olds and Massman would restart the race but with Olds on the pole and Massman on the outside. Olds would take the lead for four laps. Moyer would catch up to him on lap ten and overtake him on lap thirteen.

Behind them Austin Jahr would follow Moyer and challenge him and take the lead on lap fourteen for five laps. Adam Powers would follow to get to third on lap thirteen and end up chasing Moyer for first as he finished second. After Moyer, it was Powers, Jahr, Alfred Matthews and Tim Brockhouse.

Rucks would pass Bodendorfer on lap four chasing Breunig. Rucks would keep on her bumper lap after lap for eight laps. His patience would run out and he would get into Breunig bringing out the first caution. This put Nick Bruley and Bodendorfer on the front row to take the field to green again. Bruley would take the lead and remain there for six laps. The second caution would come out for an incident between Jason Dunn and Shane Radtke Jr.

However, Jevin Guralski would collide head on with Dunn causing both to leave the track with assistance from Seitz Towing. Bruley would restart on the front row again, only this time it was with Tate Jr. Bruley would get a jump, but Tate Jr. would cross the start finish line for the lead on lap eighteen.

On the second restart, behind Bruley and Tate Jr. would be Scott Riedner and Brandon Riedner. B Reidner would fight on lap twenty side by side with Bruley for second. B. Riedner would claim second and remain there for the rest of the race.

Following Tate Jr. and B. Riedner were Bruley, Chester Williams and Jon Benninger to round out the top five.

Cohen Henze won his second feature of the season in the CR Custom Construction 15 lap feature event. Paegan Ellingson and Kaeden Wangsness took the field to green. Ellingson took the lead on laps one and two.

Filling in for his brother Cooper, Tucker Bodendorfer was quick to take the lead from Ellingson on lap three. He had Avery Linnerud following behind him, but Linnerud would lose it and continue the race fighting to get a good position. Easton Riedner was fast, he took the lead from Bodendorfer on lap six. He would lead for three laps.

On lap seven the only caution of the race, would come out for Emily Billings spinning on her own. The field would reline up with Riedner and Henze at the front. Riedner would lead lap eight (his third lap lead). Henze would take over on lap nine. Alex Hartwig would try to overtake Henze but finished in second. Riedner in third, followed by Lincoln Cain and Axel Oldenhoff. Hartwig would be disqualified after tech giving Riedner second, Cain third, Oldenhoff fourth and Bodendorfer fifth.

Next Saturday, July 17, the TUNDRA Super Late Models will be at the track with special twin 25 lap features for Hobby Stocks and a Bandit spectacular. Time trials at 5 p.m. and racing at 7 p.m. Jefferson Speedway is located halfway between Jefferson and Cambridge on Highway 18. Visit jeffersonspeedway.com for more information.