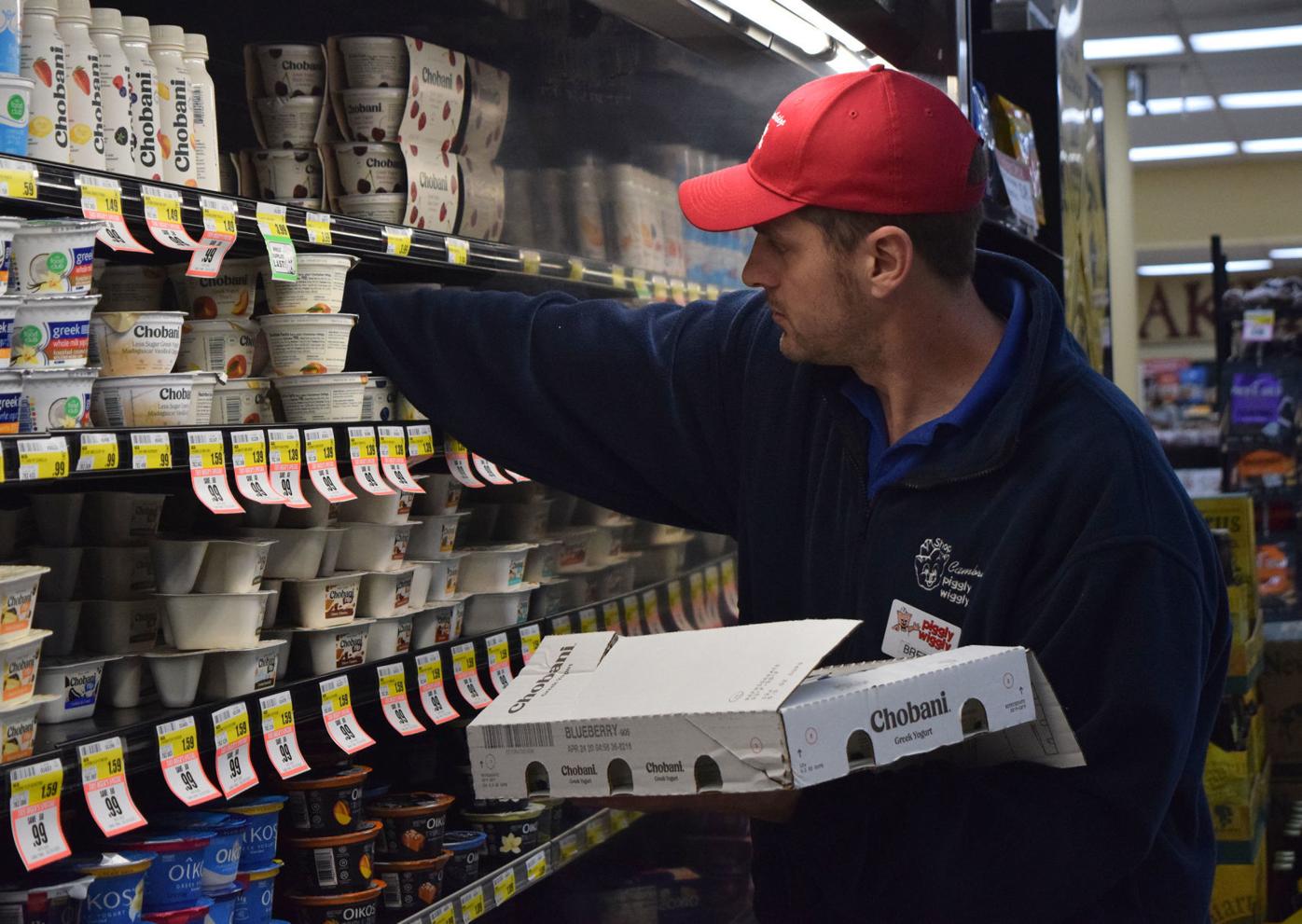 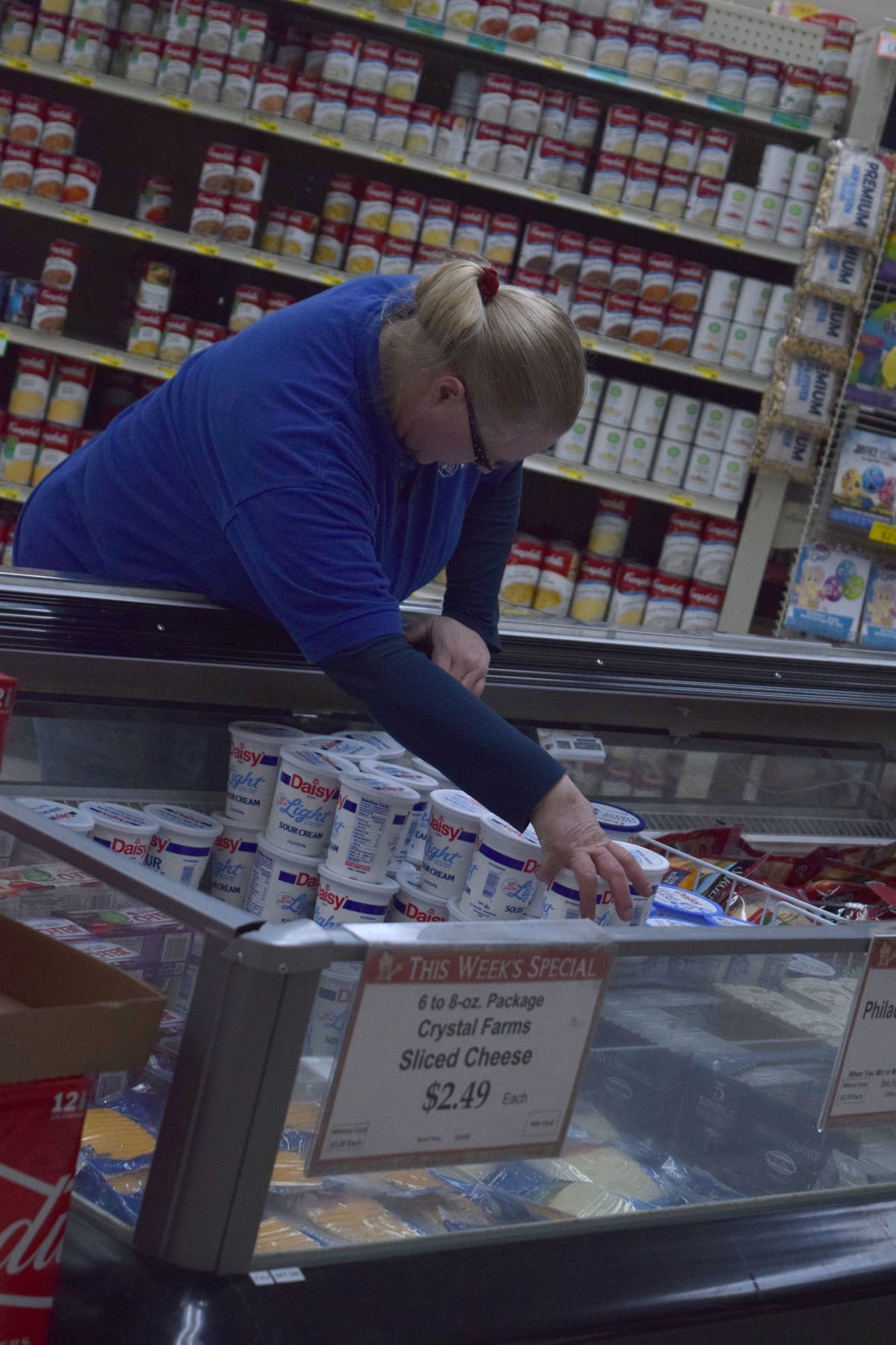 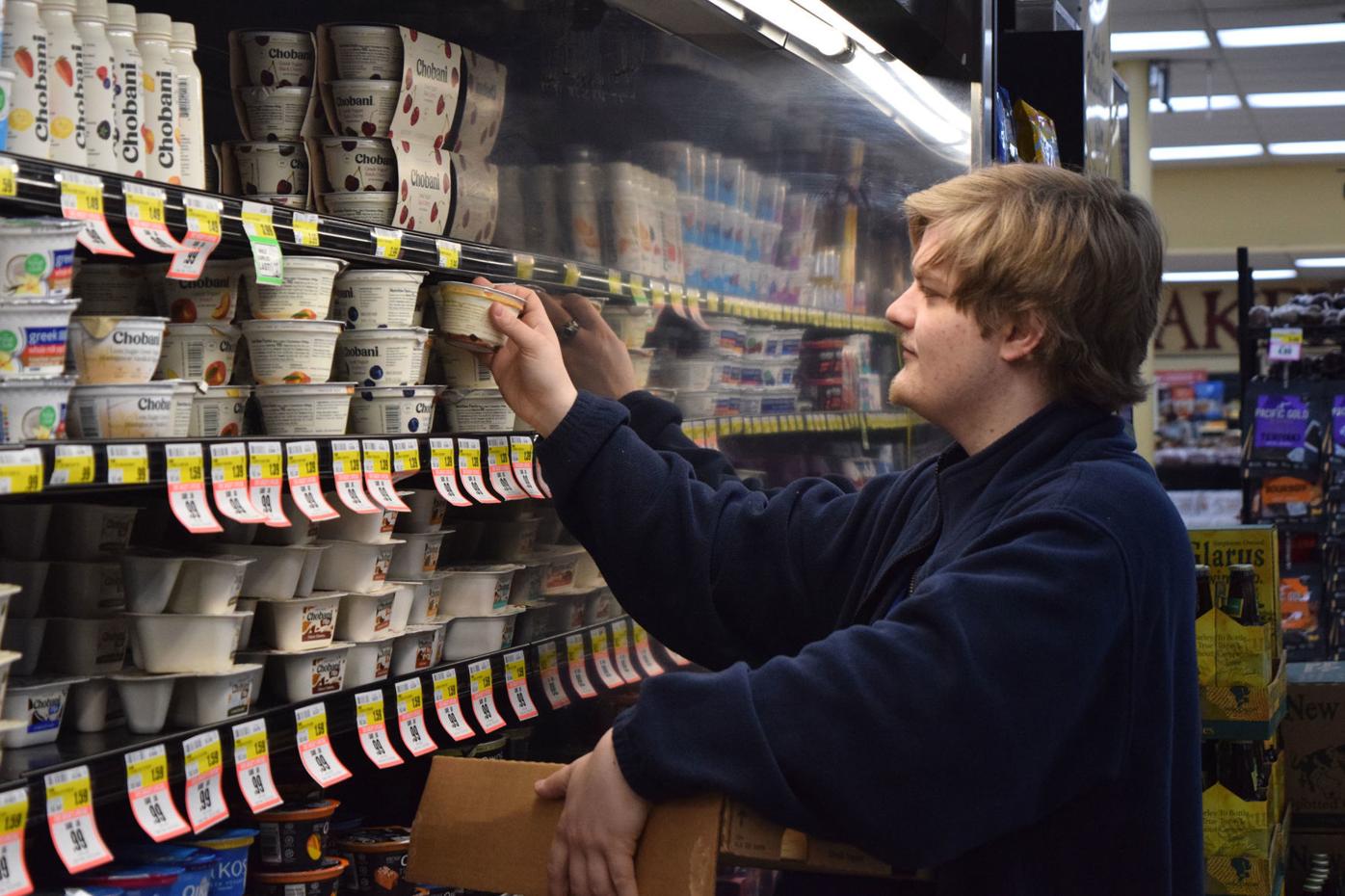 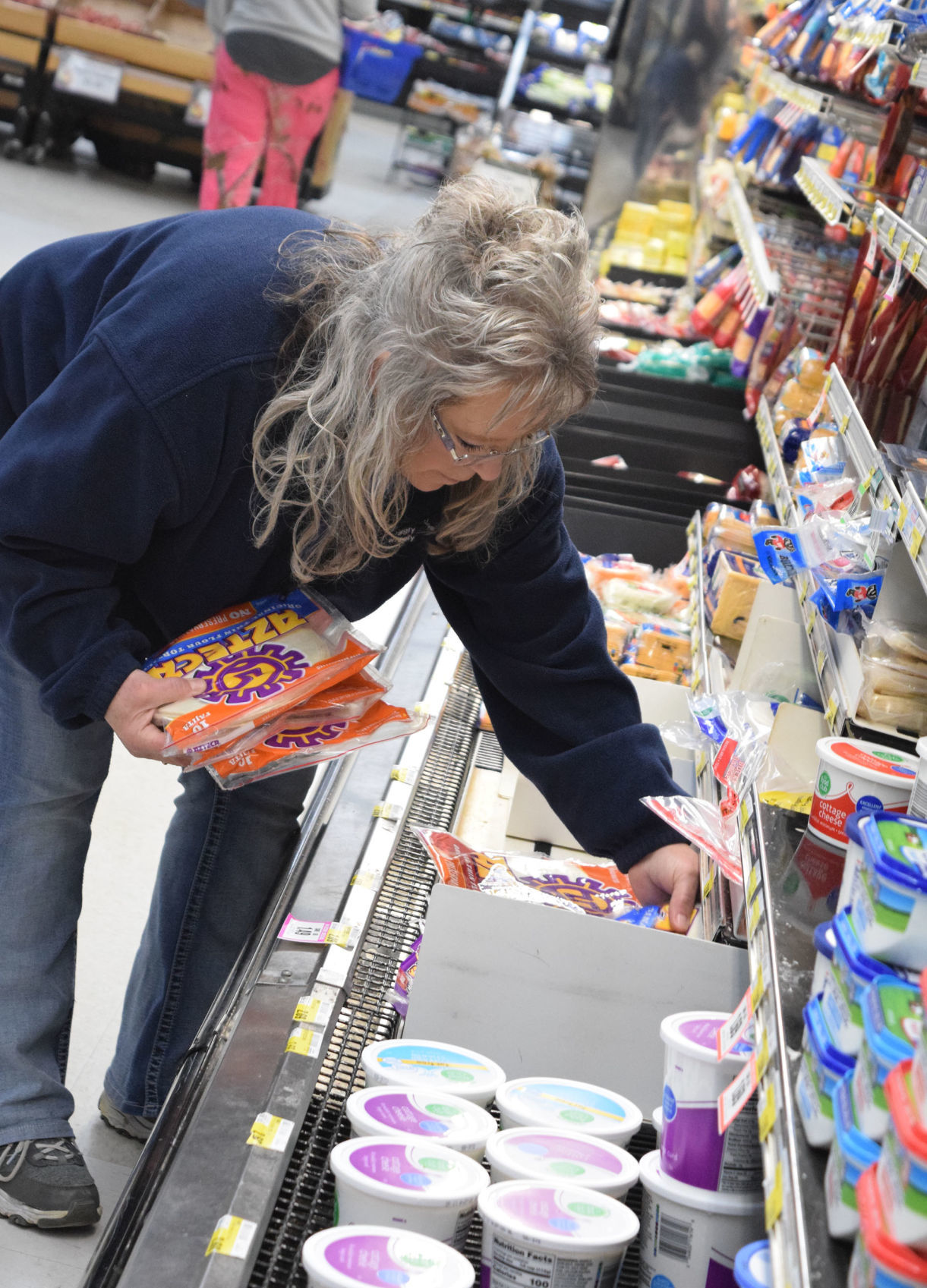 Correction: An earlier online version and the print version of this article incorrectly said that the Cambridge Piggly Wiggly is now only accepting credit and debit cards due to virus concerns. In fact, it is still accepting cash, just encouraging the use of cards. We regret the mistake. The online version of the article below has been corrected.

The Cambridge Piggly Wiggly has been busy.

“Definitely hectic,” said Mike Day, the owner of the local grocery store on the corner of Jefferson Street and U.S. Highway 12-18.

Since concerns over COVID-19 heightened last week, leading to school and business closures, the store has been packed.

“The first wave that hit was kind of a panic wave,” Day said.

“This will probably be our new normal for a month or six weeks,” Day said.

He predicted it will last until the bars and restaurants re-open for dine-in service.

“People are relying on grocery stores instead of restaurants and bars to get fed,” he said.

Among the biggest issue for Cambridge Piggly Wiggly staff, Day said, is that it’s requiring a lot more time and more effort than usual to keep shelves stocked.

Product is available in the supply chain but stores, warehouses and trucking companies can’t keep up with shoppers’ demand, he said.

“Loads are triple what they normally are, but so (are loads to) every other store,” Day continued.

The Piggly Wiggly receives deliveries three times a week from warehouses in Milwaukee and Sheboygan, Day said. Multiple trucks have been delayed this week, because truck drivers are facing restrictions over the number of hours they can drive, for safety reasons, he also noted.

Day predicted all that will “settle” within a week or two.

“The supply chain will catch up,” he said.

He said the Cambridge store has seen some shortages, mainly on milk and toilet paper. But he said the shelves aren’t bare.

“We’re lucky that an awful lot of product is left on our shelves, where Madison is sold out,” he said.

“Too many hoarders are hoarding their stuff and they don’t need to,” Day said. “Buy what you need. Let the supply chain catch up.”

He set a one-gallon limit per customer on milk at the Cambridge store but expects to lift that soon as milk producers catch up to the demand.

Last week, Day drove to the Sheboygan warehouse himself, with a truck and trailer, to restock on toilet paper. Going forward, however, he plans on prioritizing other products over toilet paper, saying he prefers to put food on the shelves.

On one truck, “I can fit 20 cases of mushrooms in the same space as one case of toilet paper,” Day said.

Day said staffing has been an issue industry-wide. The Cambridge Piggly Wiggly is staffed for what is normally its slowest time of the year, he said. Now, employees are picking up extra shifts and warehouse workers are working overtime. This week, five customers even volunteered to help stock shelves.

“We are so lucky and thankful to be in a community where our customers are looking out for us and this small community,” Day said.

“As (the coronavirus pandemic) drags on, I want to remain normal, remain calm and let it work itself through,” Day said.

The store has changed a couple of things in its operation, however. It is asking customers not to hand rewards cards to employees, but rather, to just give a phone number.

The Cambridge store is also not allowing reusable bags and is encouraging the use of credit or debit cards, because of contaminant concerns. It is still also accepting cash. And it’s spraying down shopping carts after every use.

Day said he hopes to keep the coronavirus “out of our store, protect our employees and the rest of the community.”

Many grocery stores nationwide are turning to online ordering, curb-side pick-up and delivery.

The Lake Mills Market on Tyranena Park Road in Lake Mills has seen a massive increase in online ordering for pick-up, said owner Mitch Eveland. Many residents in surrounding communities, like Cambridge and Deerfield are now using the service.

“In the last ten days, we’re doing probably ten to twelve times, or more, than our normal orders,” Eveland said.

Day said the Cambridge Piggly Wiggly ran its own delivery service until about six weeks ago, when it switched to Instacart. Before COVID-19 concerns spiked, the store was only receiving about five orders a week for delivery, he said.

Day characterized Instacart’s involvement as “seamless” for his store. Its employees independently shop and deliver items to customers, using Piggly Wiggly prices for reference but adding mark-ups and delivery fees. The Cambridge store has no way of knowing which of its shoppers are from Instacart, versus simply local residents shopping for their own families.

Day said he doesn’t know how many Instacart orders were placed through the Piggly Wiggly this week. Instacart did not reply to the Cambridge News and Deerfield Independent’s request for comment.