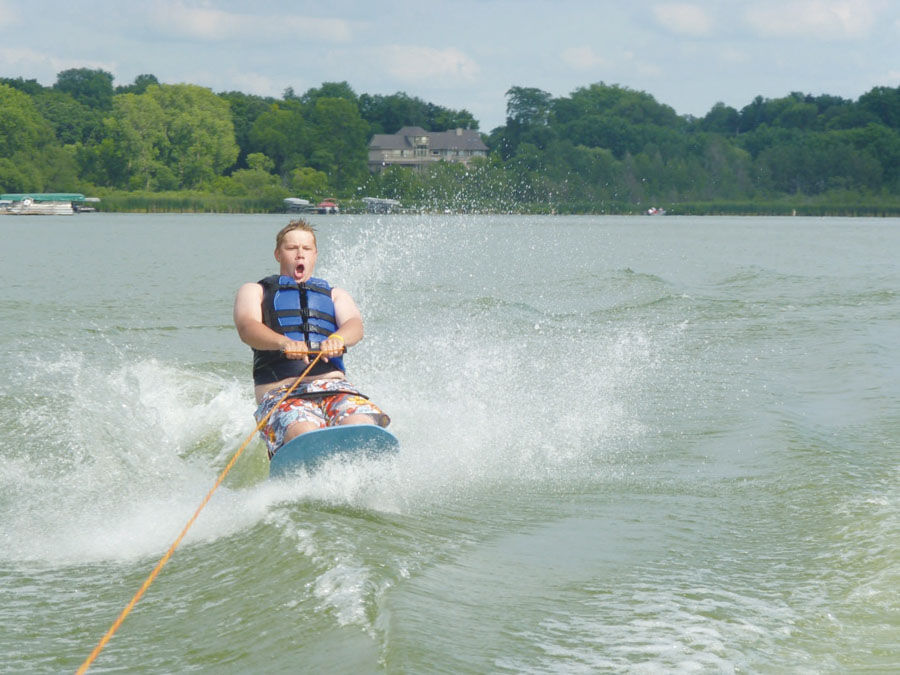 A photo of someone knee boarding on Lake Ripley by Carrie Kester. 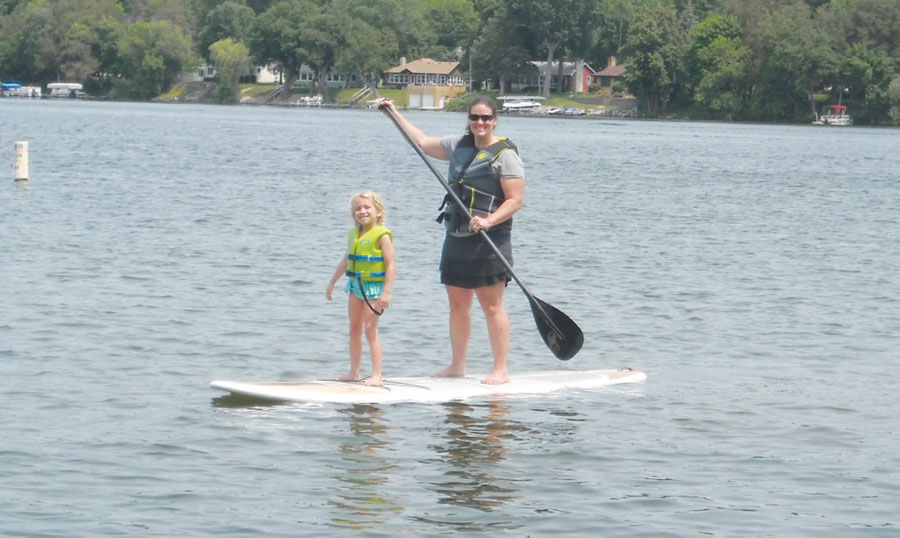 Natasha and Mariner enjoy the lake on their paddle board. 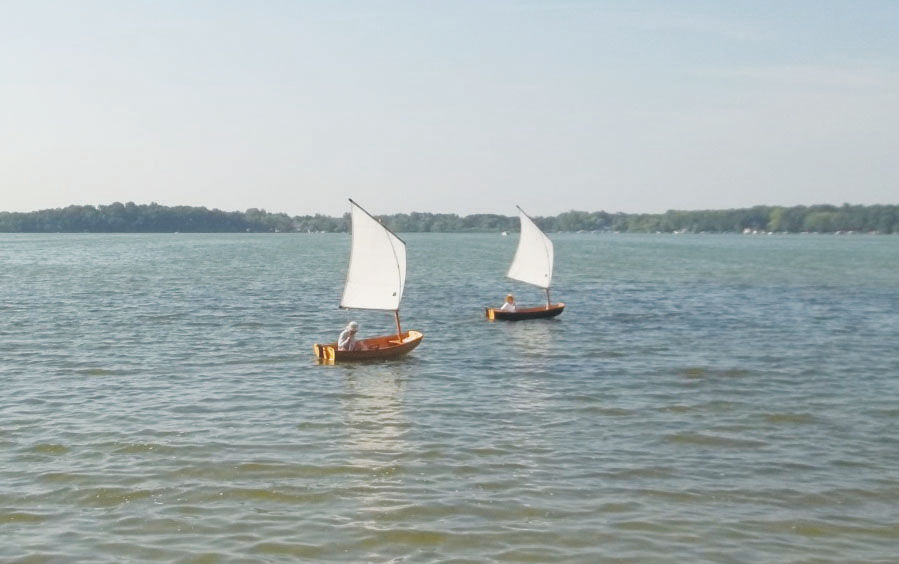 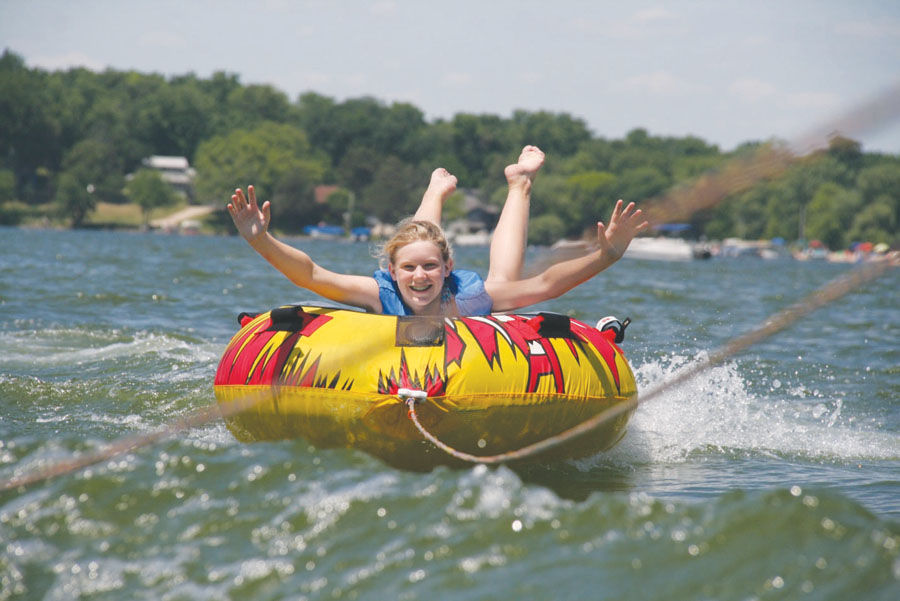 One favorite activity on Lake Ripley is riding a tube behind a boat. This rider was caught by Kathryn Heinlein.

A photo of someone knee boarding on Lake Ripley by Carrie Kester.

Natasha and Mariner enjoy the lake on their paddle board.

One favorite activity on Lake Ripley is riding a tube behind a boat. This rider was caught by Kathryn Heinlein.

Lake Ripley has changed over time, not just in an ecological standpoint, but also from the way people use the lake. Pottawatomie and Winnebago Native Americans would hunt and fish around its shores.

The mid-19th century saw European settlement to the area. In 1881, a railroad line from Milwaukee to Madison helped to further emphasize Lake Ripley for its recreational importance.

A short while later, an additional line from London to the Village of Cambridge allowed for greater access and increased tourism of the area.

Lake Ripley became a small but popular summer resort area during the early part of the 20th century around the time when Ole Evinrude, founder of Evinrude Outboard Motors, tested some of his first engine prototypes on the lake.

As time went on, the area continued to see change with less focus on tourism and more emphasis in family cottages. Even now, cottages continue to be modified from seasonal to year -round residences.

With increases in the amount of people with access to the lake, the different ways in which people utilized this valuable resource developed and grew.

A lake carrying capacity study estimated that capacity was regularly exceeded during summer weekend and other peak use times.

The most recent survey conducted on July 29 showed an increase in non-motorized vehicles where other types of recreational vehicles seem to remain somewhat steady.

The chart below depicts yearly variation, but also the increase trend in non-motorized vehicles since 2011.

While this data may reflect a change in trends, it does not tell the entire story.

Financial constraints, limited time, changing demographics could all contribute to a change in recreational watercraft found on the lake.

For whatever mode of recreation the lake is used for, the Lake Ripley Management District hopes for an enjoyable experience for all.

Respect your fellow lake user and enjoy your time in and around beautiful Lake Ripley.