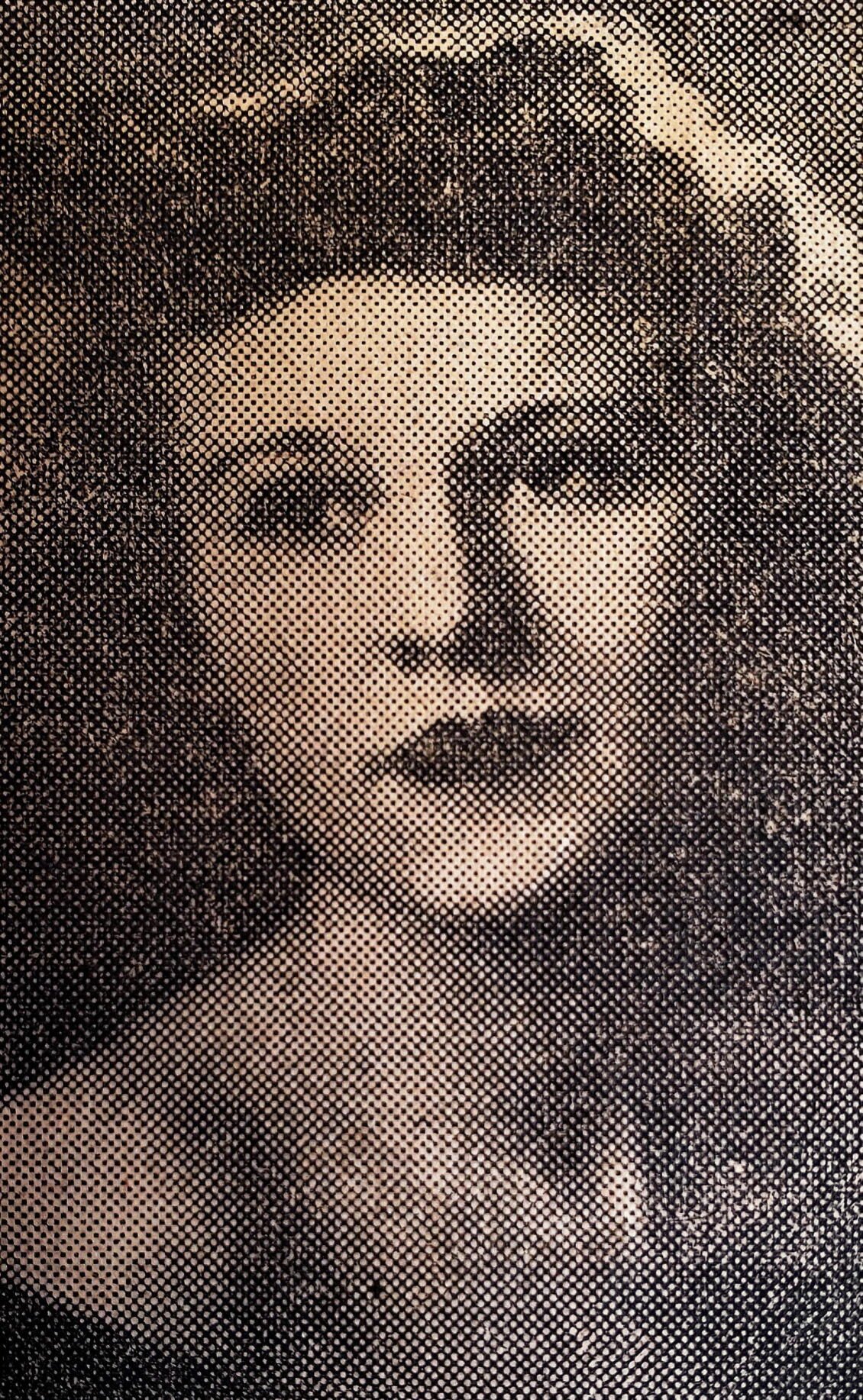 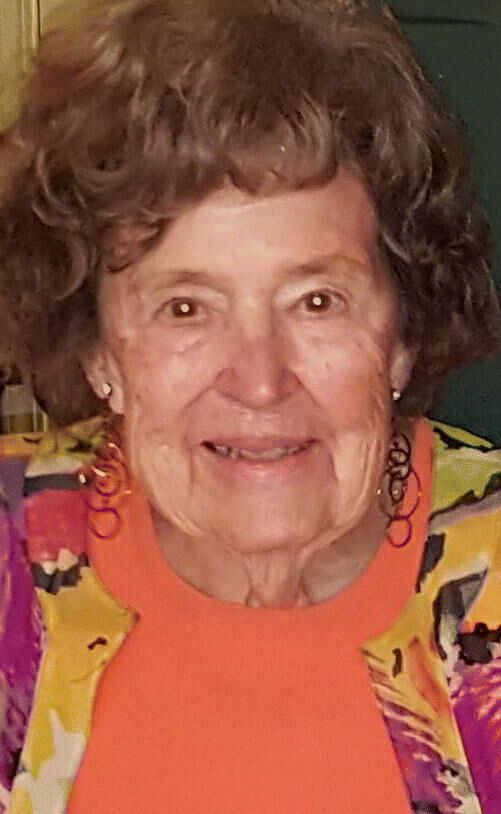 Cambridge, WI - Juanita Rose Robbins Ehrke, 96, passed away peacefully on March 16, 2021 in Cambridge, Wisconsin. She was blessed with good health for most of her 96 years and lived life to the fullest, always curious about people and places near and far. Juanita gave her children many gifts throughout her life, including the love of music and the arts, the value of an education, appreciation for all that is beautiful in nature, the value of long-lasting friendships, the joy of laughter, the need to help others and the ability to feel the magic of the holidays. Juanita's love for her family and determination to see her family once again allowed her entire family to spend many hours with her during her last weeks, reminiscing, singing her favorite songs and hymns and showering her with love.

Juanita Rose Robbins was born on the Jefferson County farm of her parents, Linda Porter Robbins and Alfred Robbins, near Waterloo, Wisconsin, on November 25, 1924. Juanita had three younger siblings: Alfred Robbins, Jr., Doris Wilke and Ferne Anderson. Juanita's older brother, Lester, died in infancy. In the early 1930s, her family moved to Highwood, Illinois, but returned to the family farm during the Depression. Transportation to high schools was not provided during Juanita's high school years, so Juanita took a position as housekeeper for several families in Lake Mills in return for room and board while she attended high school. She graduated from Lake Mills High School in 1942. Recently, Juanita recalled how her chemistry teacher referred to her as his "star" pupil. Juanita was an honor student as well.

Given Juanita's affinity for the sciences, she enrolled in nursing school at the Mount Sinai School of Nursing in Milwaukee after she graduated from high school. Once situated in Milwaukee, Juanita changed course and enrolled in the Milwaukee Business Institute to pursue a business career. She paid for her education by working at the candy counter at Gimbels department store in Milwaukee. She earned an associate's degree from the Milwaukee Business Institute and returned to her parents' farm after graduation. She then took a position with Melster Candies in Cambridge. At the age of 16, Juanita attended a celebration at The Music Box in Johnson Creek. There she was asked to dance by Frederick ("Bud") Ehrke. Juanita and Bud lost touch with one another while Juanita pursued her post-high school degree and Bud was drafted by the Marine Corp and ultimately fought in the Battle of Okinawa. Bud was injured in May of 1945. During Bud's convalescence, Juanita and Bud re-connected and were married on November 2, 1946, at Rockdale Lutheran Church.

Juanita and Bud raised four children: Alan, Patricia, Christine and Tracy. The family lived for many years on the family farm on County A in rural Fort Atkinson. In 1971, Juanita, Bud and Tracy moved to Deerfield where they made their home for over 45 years. Juanita was very involved alongside her school-age children with organizations such as Campfire Girls, Girl Scouts, 4-H, PTA and Sunday School. Juanita supported her four children as she cheered on teams and cheerleading squads from the stands at football and basketball games and from the audience at concerts, plays and musicals.

Juanita had many interests. She studied Spanish as an adult and had taught herself to play piano using chording and to play guitar. She enjoyed classical music and all types of musicals, attending many performances in both the Madison and Chicago areas. Juanita was an accomplished bridge player and played often in the Deerfield community. Juanita was very involved with Lutheran and Methodist churches for decades and was famous for her fresh strawberry pie, which was a staple at the annual Deerfield Days church bake sale. She was a baker extraordinaire and an excellent cook and never hesitated to donate her creations when called upon. She was politically active and worked at the Deerfield polling place for many years.

For 16 years, Juanita was the assistant to several professors at the University of Wisconsin-Madison. She was assistant to the chairs of the Educational Administration Department and ultimately became the assistant to the Vice Chancellor of the Cooperative Extension Services at the University of Wisconsin-Madison. Throughout her life, Juanita was eager to take advantage of travel opportunities. Depending on where her children happened to be at any given time, Juanita jetted off to destinations in North America, the Pacific, the Caribbean and Europe. In 1959, Juanita and Bud were eager to take their children to the recently-opened Walt Disney Land in Anaheim. Juanita enjoyed many subsequent trips to Walt Disney Land and Walt Disney World in Orlando with her family over the years. She often visited her children and grandchildren in California, Utah, Illinois and Wisconsin and attended many of her grandchildren's dance performances, soccer and volleyball games, birthday parties and graduation ceremonies. She delighted in making new acquaintances and celebrating all special occasions. Juanita was known by many for her sense of fashion and brightly-colored outfits along with her desire to engage in heart-to-heart conversations.

Juanita was preceded in death by her husband, Frederick, and her son, Alan. She is survived by three daughters: Patricia (Terrence) Cook of Cambridge, WI, Christine (Michael) Snouffer of Long Grove, IL, and Tracy (Daniel) Hines of Madison, WI; a daughter-in-law: Janet Ehrke of San Jose, CA; eight grandchildren: Amanda (Daniel) Armendariz, Austin (Stephanie) Cook, Katrina (Patrick) Deutsch, Karen Ehrke, Matthew Snouffer, Karissa Snouffer, Kirsten Hines and Aurora Hines; four great-grandchildren: Kate, Owen and Genevieve Armendariz and Baby Girl Cook due in May; sisters-in-law Irene Schuett and Jean (Richard) Kerr; brothers-in-law Bill (Jean) Ehrke, Jerome (Carol) Ehrke and Carroll (Bonnie) Ehrke; and many nieces and nephews. Juanita's family is grateful for the loving care provided by the staff at Home Again in Cambridge. A private service for the immediate family will be held on April 9th at the North Oakland Cemetery. A celebration of life will be held this summer. Memorials may be made to Olbrich Botanical Gardens in Juanita Rose Ehrke's memory. Juanita enjoyed visiting the gardens often. Please specify that the donation is in the memory of Juanita Rose Ehrke. Olbrich Botanical Gardens, attn: Memorials, 3330 Atwood Avenue, Madison, WI 53704, or at www.olbrich.org/donate/remembrances.cfm. Please share your memories of Juanita by posting on her Tribute Wall at: www.CressFuneralService.com. Cress Funeral Service of Deerfield is assisting the family. (608) 764-5369.

To plant a tree in memory of Juantia Ehrke as a living tribute, please visit Tribute Store.
Load comments