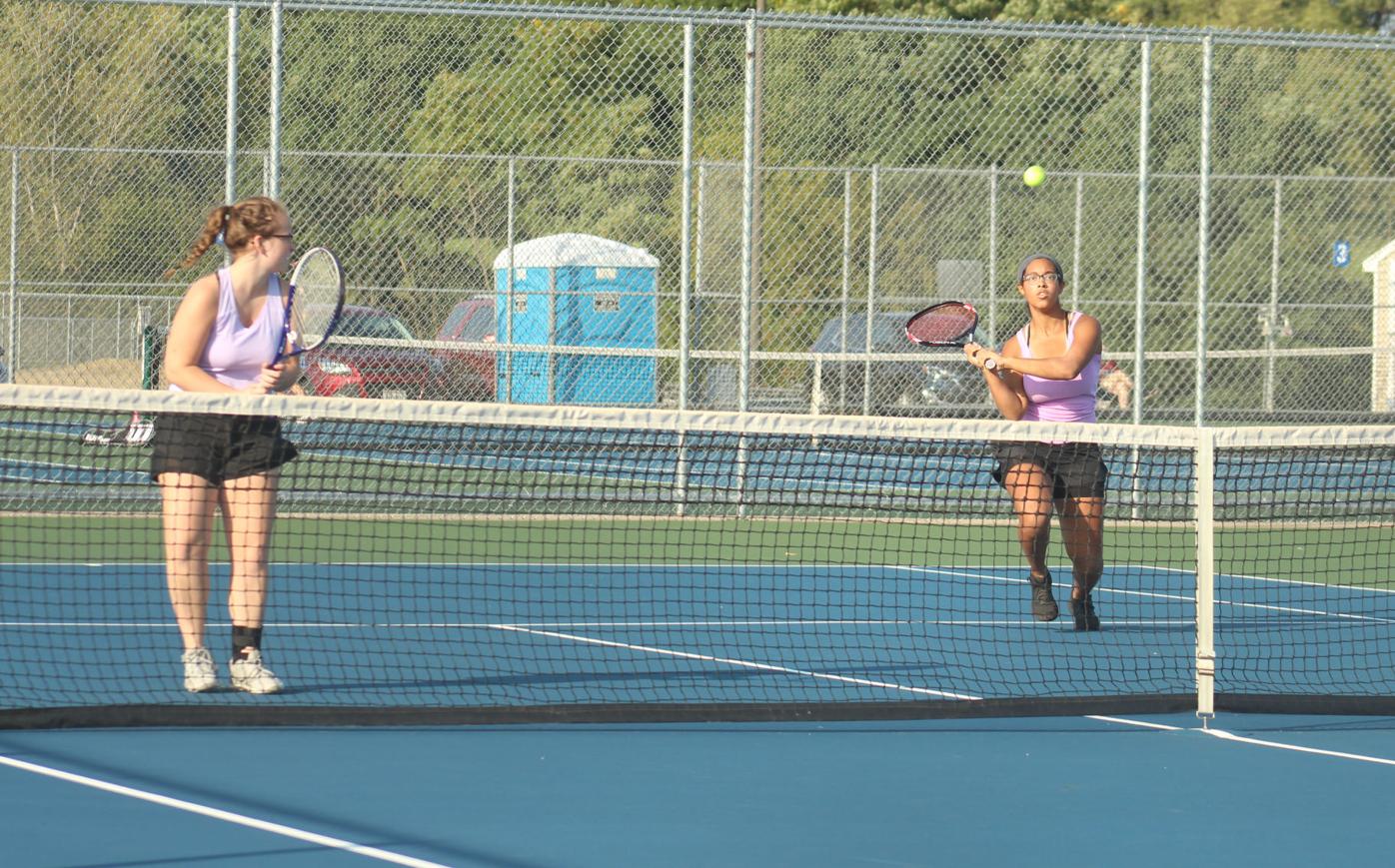 {span}Annie Manzi and Lex Finley competed at No. 1 doubles for the first time this season last week.{/span} 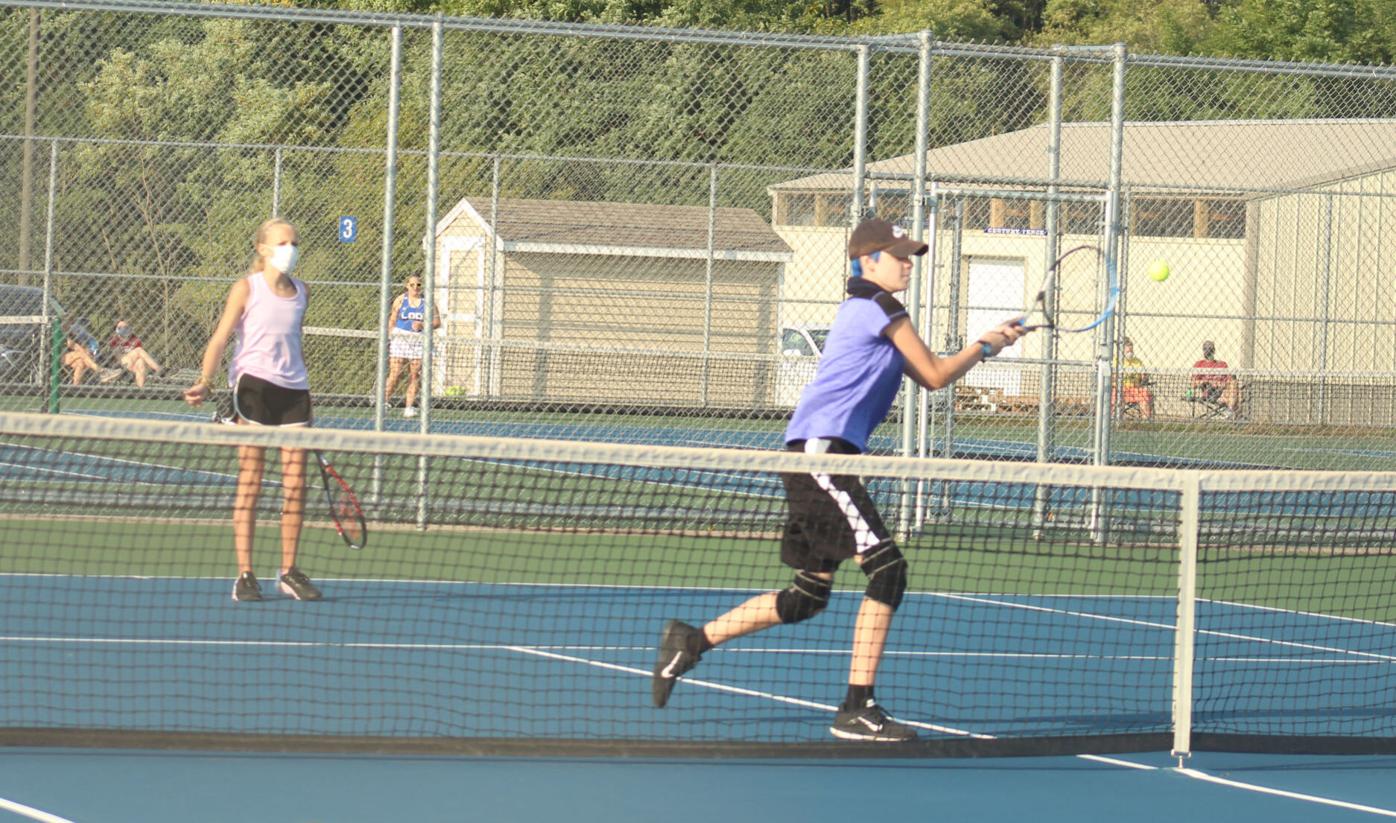 DeForest’s Emily Shields and Evi Weinstock work for a point against Lodi.

{span}Annie Manzi and Lex Finley competed at No. 1 doubles for the first time this season last week.{/span}

DeForest’s Emily Shields and Evi Weinstock work for a point against Lodi.

The DeForest girls tennis is nearing the end of its 2020 regular-season schedule. The Norskies hit the road for a pair of duals last week and came away with a split.

On Sept. 22, the Lady Norskies garnered their third win of the fall season. They edged host Sauk Prairie 4-3.

DeForest had another close battle against host Lodi on Sept. 25, but the Blue Devils came out on top 4-3.

The split pushed the Norskies to 3-4-1 overall.

DeForest will close out the regular season on Oct. 1. The Norskies will host Portage at 4:15 p.m.

The Lady Norskies will now get ready for the WIAA postseason. They will take part in the Lake Geneva Badger Subsectional at 9:30 a.m. on Oct. 5.

Oconomowoc will host the sectional at 9 a.m. on Oct. 7.

For the first time this season, the Lady Norskies played doubles matches. During the first six matches, only singles matches were played.

The Norskies lost all three doubles matches, but earned the team win after sweeping singles play.

Samantha Fuchs earned another shout out at No. 1 singles for DeForest. She blanked Taylor Haas 6-0, 6-0.

Lauren Armstrong got the win for DeForest at No. 2 singles. She netted a 6-4, 6-3 victory over Anna Ballweg.

Ashley Hegarty garnered the win at No. 3 singles. She took care of the Eagles’ Olivia Joyce 6-3, 6-3.

The Lady Norskies needed a thrilling win by No. 4 Kaiya Hegarty to secure the team victory. She outlasted Devin O’Connor 6-3, 4-6, 6-4.

At No. 1 doubles, the Eagles’ Camdyn Kastelitz and Hannah Helt knocked off Annie Manzi and Lex Finley.

The Lady Norskies also struggled in double play against Lodi. The Blue Devils won all three doubles matches and secured one in singles action to knock off the Norskies.

Fuchs netted another 6-0, 6-0 shutout at No. 1 singles against Dorothy Deans.

Armstrong looked just as strong in a 6-1, 6-0 triumph over the Blue Devils’ Rachel Winters.

Lodi’s only win in singles play came from No. 3 Taylor Paar. She won both sets against Ashley Hegarty by a 6-2 score.

DeForest remained in the hunt for the team win after No. 4 Kaiya Hegarty defeated Caroline Karls 6-2, 6-2.

The Blue Devils also garnered a win at No. 2 doubles, as Lexy Karls and Mira Potter knocked off Shields and Weinstock 7-5, 6-2.

In the closest battle of the night, Lodi’s No. 3 duo of Michelle McMahon and Rylee Schneider edged Galbraith and Hahn 6-1, 4-6, 6-4.