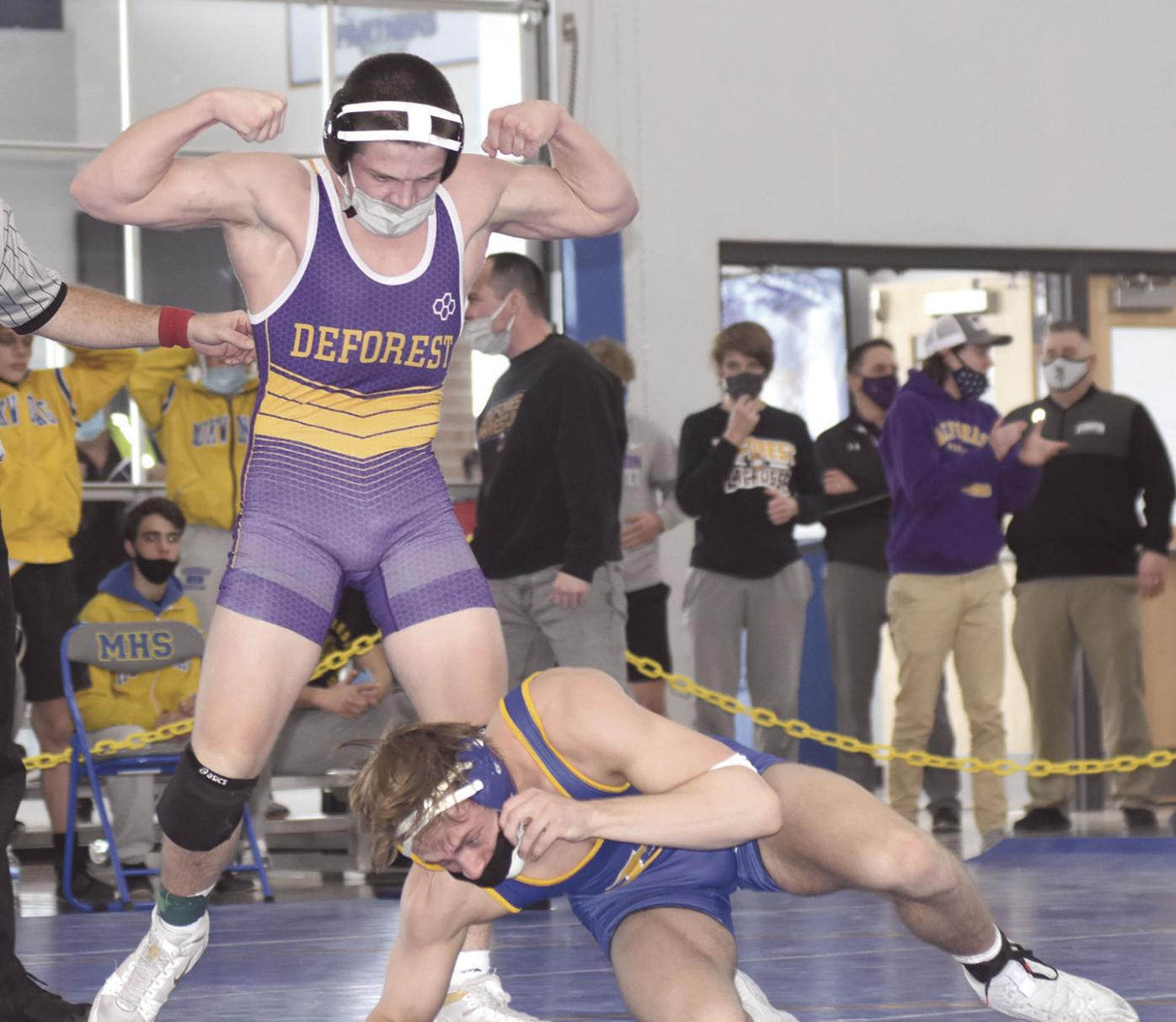 Norski junior Brody Hemauer celebrates a thrilling pin during the semifinal round at sectionals. Hemauer placed second at the sectional to earn his third trip to state. 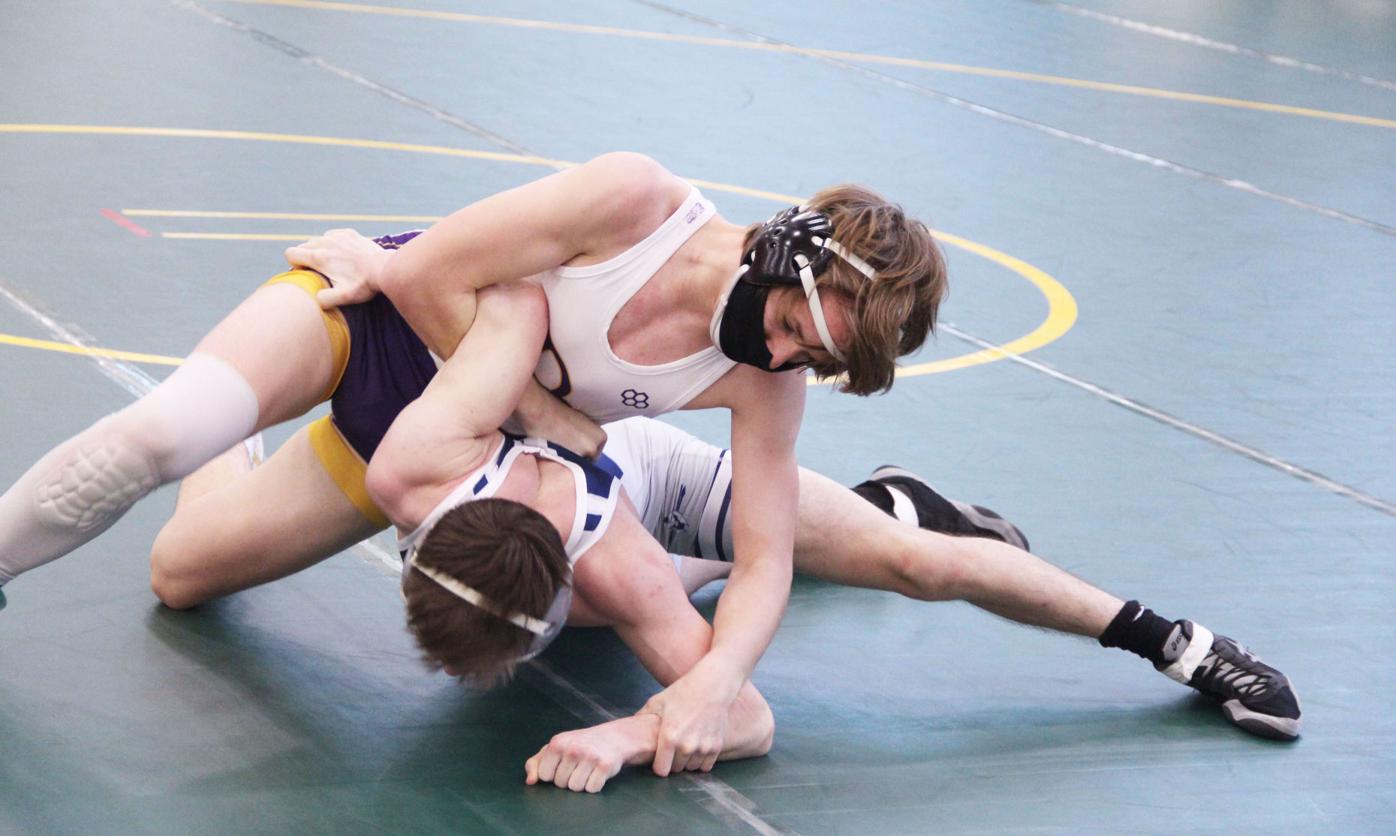 Sophomore Luke Barske was one of two Norskies to advance to sectionals this winter. 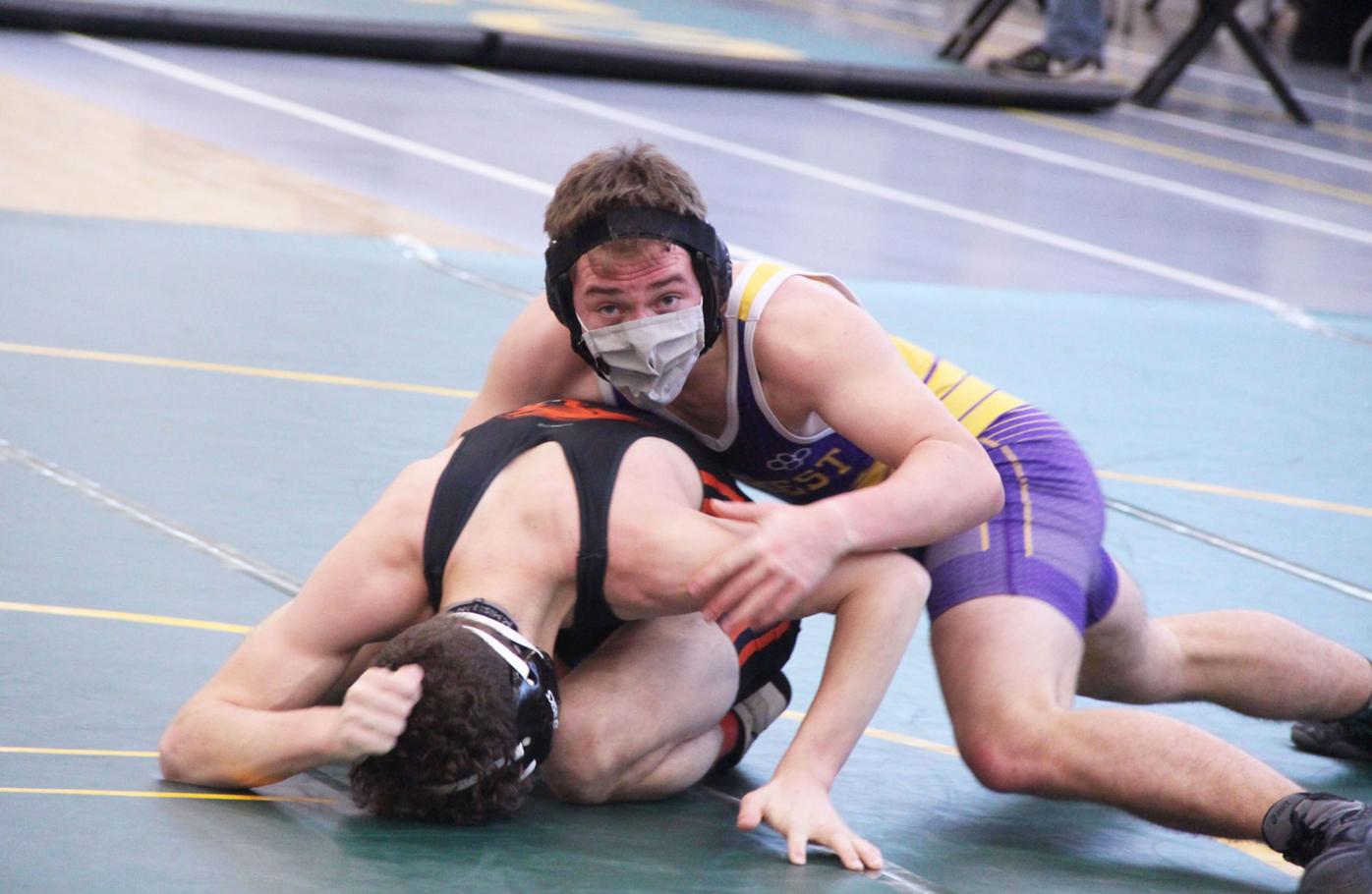 Koby Prellwitz was one of five seniors in DeForest's varsity lineup during the 2020-2021 season.

Norski junior Brody Hemauer celebrates a thrilling pin during the semifinal round at sectionals. Hemauer placed second at the sectional to earn his third trip to state.

Sophomore Luke Barske was one of two Norskies to advance to sectionals this winter.

Koby Prellwitz was one of five seniors in DeForest's varsity lineup during the 2020-2021 season.

It wasn’t without a lot of obstacles, but the DeForest prep wrestling team was able to navigate its way through the unprecedented 2020-2021 season.

Because of restrictions due to the COVID-19 pandemic, the Norskies were unable to start their season until January and couldn’t practice or compete in Dane County. Their schedule included just a handful of dual meets and no tournaments until the WIAA postseason.

The Norskies, who had to practice in Arlington, made the most of their limited opportunities to compete and went 3-3 in duals.

DeForest opened the season on Jan. 6 with a 60-18 loss to sixth-ranked Fennimore.

DeForest closed out the shortened regular season with three duals in Baraboo on Jan. 23. The Norskies earned their second win over Monona Grove, 36-28, and also defeated Cedarburg, 51-21. The host Thunderbirds edged DeForest 37-30.

The WIAA changed its format for the postseason. Instead of the top four finishers at each weight class advancing to the sectional, only two top two moved on. The sectionals also included more teams than a normal year.

The Norskies placed third behind Stoughton (281) and Beaver Dam (139) at the WIAA Division 1 Beaver Dam Regional with 134 points.

Under the old format, DeForest would have advanced 10 wrestlers out of the regional, but with only the top two moving on, they were only able to advance two. Sophomore 132-pounder Luke Barske and junior 170-pounder Brody Hemauer both punched their tickets to the sectional.

Hemauer claimed a regional title after defeating a pair of ranked opponents. He defeated Portage’s Lowell Arnold 5-1 in the championship match.

Hemauer earned his third trip to state after placing second at the sectional. He lost 14-3 to Arrowhead’s Noah Mulvaney in the championship.

Luke Barske lost both of his matches at the sectional.

Hemauer capped off his outstanding junior campaign with a runner-up finish at state. He became the first Norski to earn a spot in the state finals since his brother, Jackson, won his second title in 2017. But, Brody will have to wait another year for a shot at earning his first crown after a tough overtime loss.

Hemauer’s hopes of matching his brother with a state title were dashed when he dropped a 5-3 heartbreaker to West Bend West freshman Connor Mirasola in overtime in the championship match.

On his way to a second state medal, Hemauer finished the season 13-2.

The return of Hemauer, along with a talented group of younger wrestlers, will be a big boost for DeForest next season, but they will have to replace the talented senior group of Prellwitz, Hahn, Lokken, Jack Barske and Peyton Laufenberg.