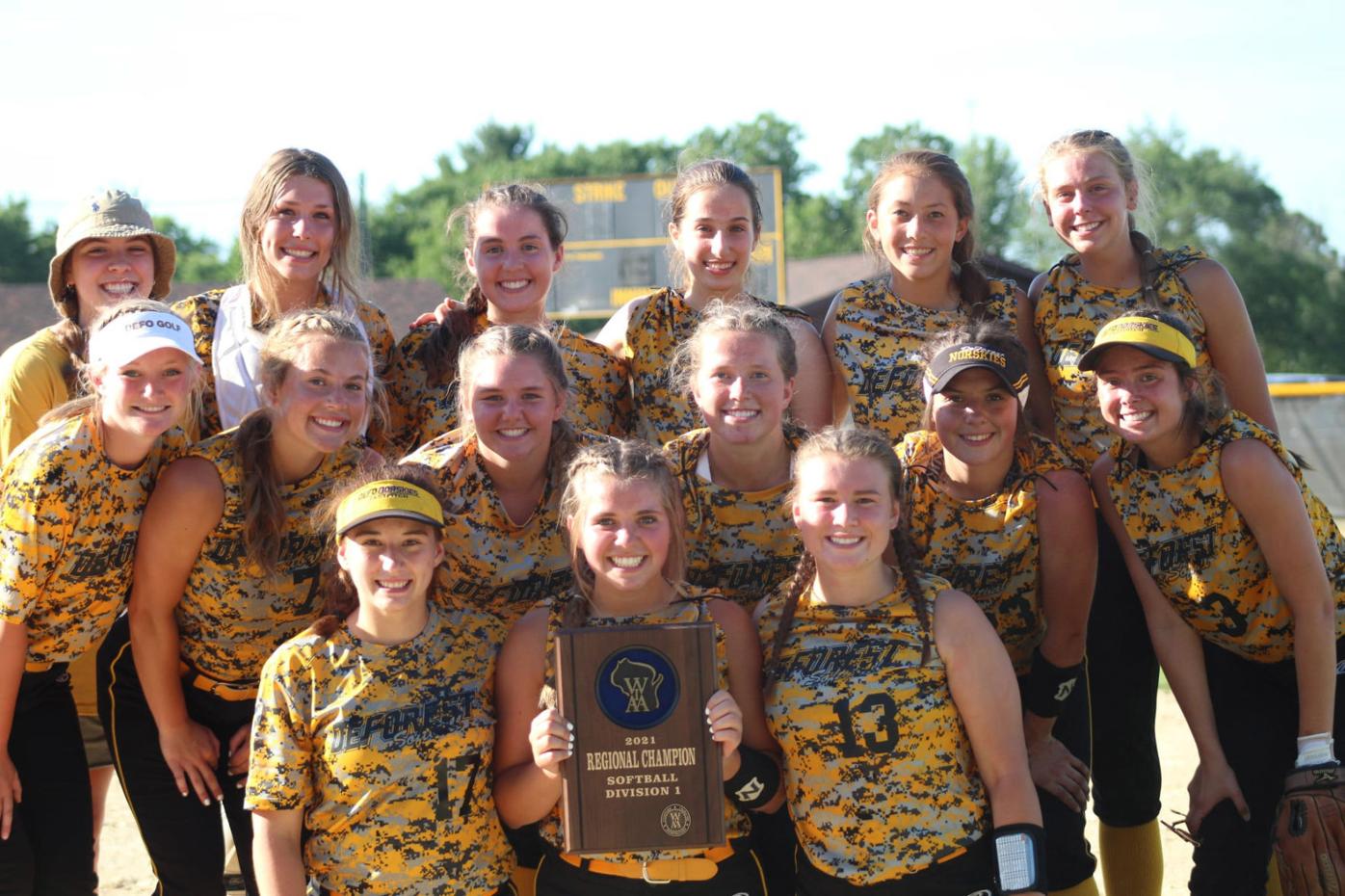 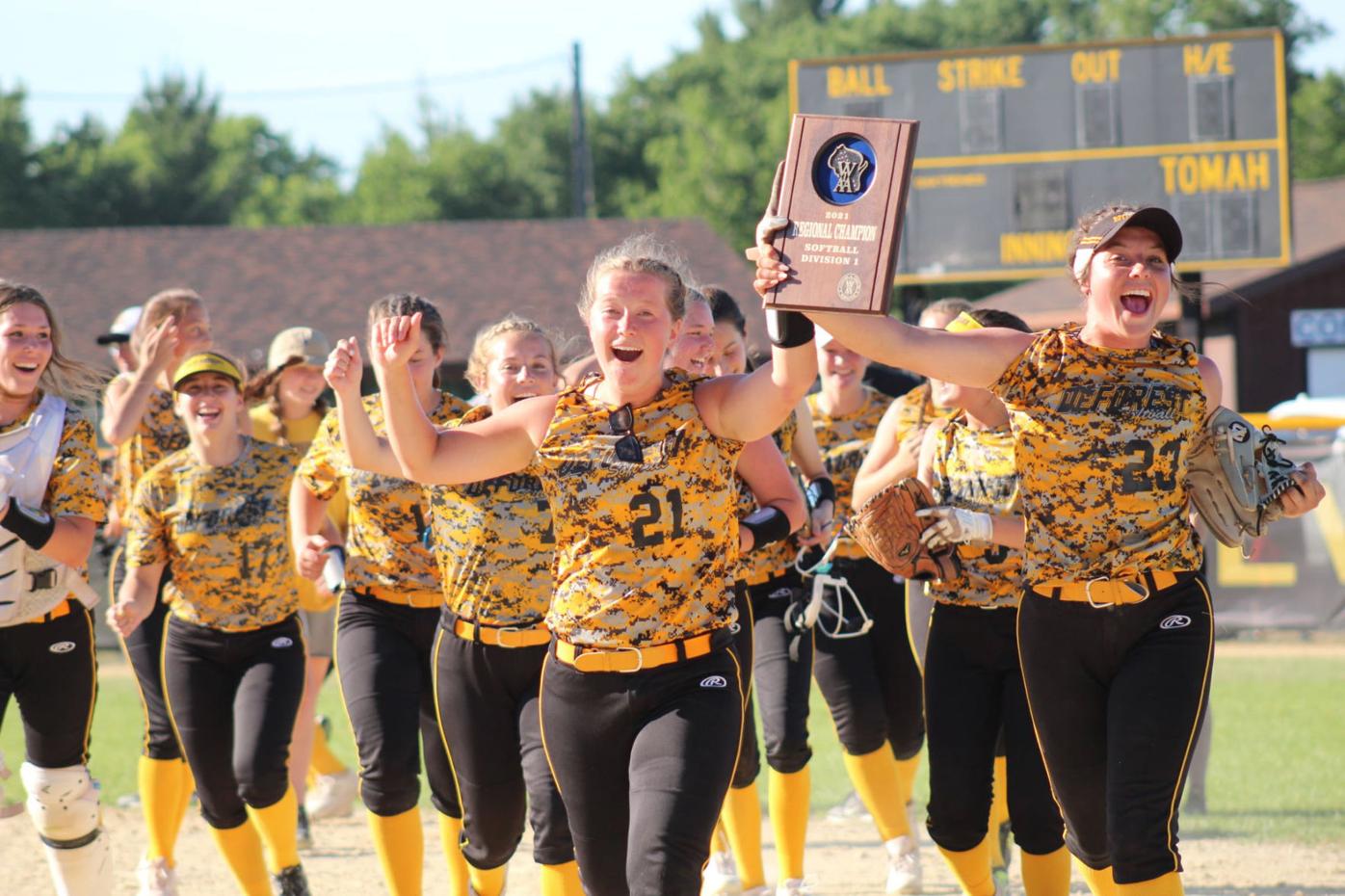 The Norskies’ Megan Elvekrog and Jordan Marty show off the regional title plaque. 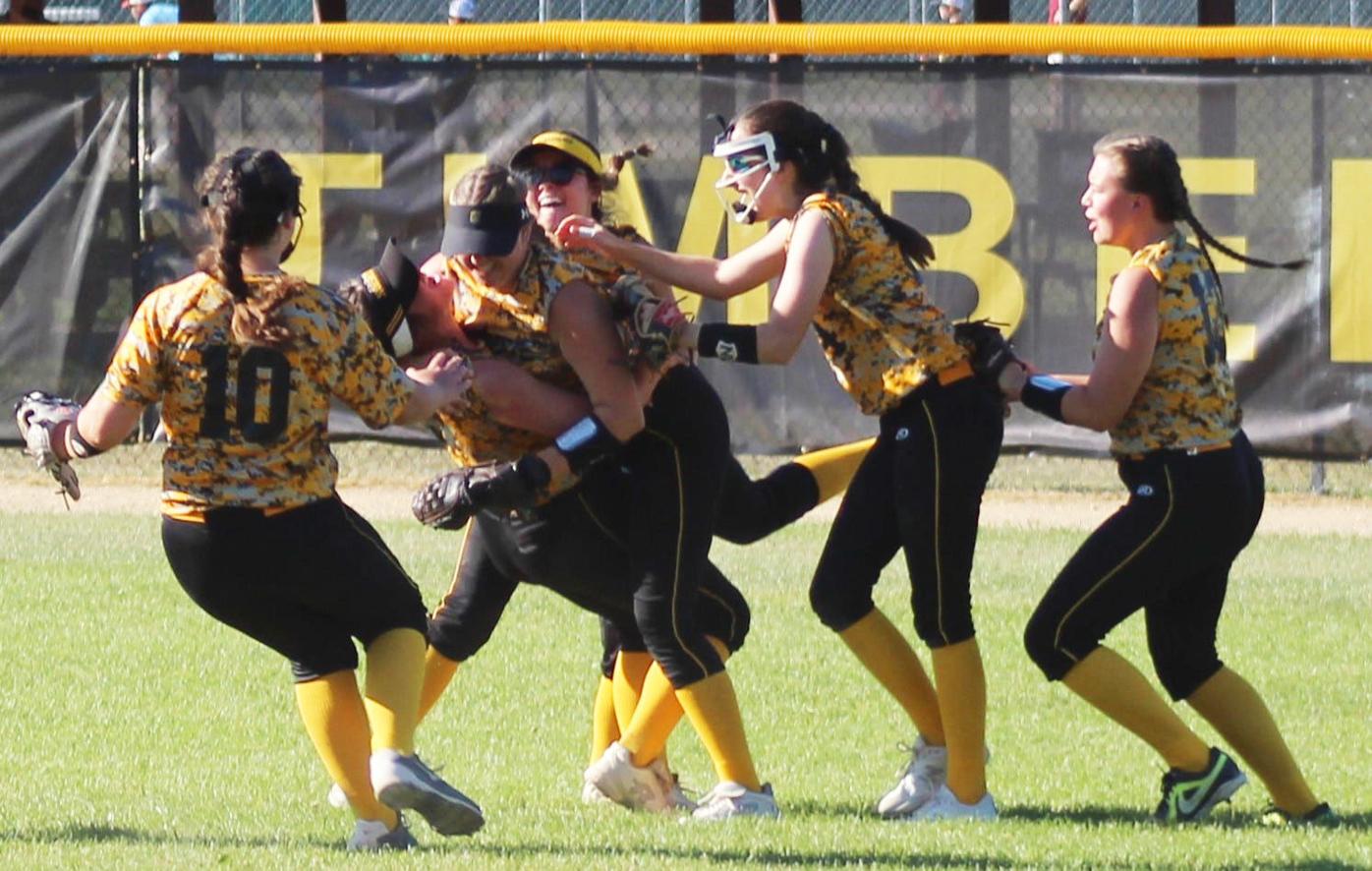 DeForest’s Trysten Schroeder is mobbed by her teammates after a game-saving diving catch for the final out in a 4-3 regional final win over Tomah.

The Norskies’ Megan Elvekrog and Jordan Marty show off the regional title plaque.

DeForest’s Trysten Schroeder is mobbed by her teammates after a game-saving diving catch for the final out in a 4-3 regional final win over Tomah.

The DeForest prep softball team picked the perfect time to play its best ball of the spring. After having its streak of five straight Badger North Conference titles snapped during the regular season, the Norskies have rebounded to put together an impressive run to a WIAA Division 1 regional title.

Fourth-seeded DeForest kicked off the postseason with a 2-1 victory over visiting La Crosse Central on June 14.

The visiting Norskies then knocked off top-seeded Tomah 4-3 in the regional championship on June 16.

It was the second straight regional crown for the Norskies, who have advanced to the regional finals for a seventh straight season.

The Norskies played at third-seeded Holmen in the sectional semifinals earlier this week. A recap will be in next week’s Times-Tribune.

The sectional championship game is June 23 in Middleton.

The state tournament is set for June 28-30 in Green Bay.

Jansen allowed just one run on five hits in a complete-game victory. She struck out nine batters and walked just one.

Larson, who allowed two runs on five hits, finished with three strikeouts and a walk.

The Norskies opened their scoring with a leadoff inside-the-park home run by Jordan Marty in the bottom of the second inning.

Central eventually tied game in the top of the sixth after scoring on an error.

DeForest answered with the eventual game-winning run in the bottom of the sixth. Jansen scored on a sacrifice fly to right field by Marty.

Jansen and Marty both had two hits for DeForest.

DeForest jumped out to a 4-0 lead in the regional championship and held on for the win.

The Norskies had a quick start to the game with two runs in the top of the first inning. Marty and Jaelyn Derlein both scored on errors.

DeFoerst scored two more runs on errors in the top of the third frame. Niah Larson and Derlein both came around to score.

Tomah also scored a pair of runs in the third inning. Lauren Noth had a two-run single.

The Timberwolves cut the deficit to one with a run-scoring sacrifice fly by Noth in the bottom of the fifth.

Tomah had a chance to score again in the bottom of the seventh after a single by Asha Eckelberg brought the winning run to the plate. The game ended one batter later after an amazing diving catch by Trysten Schroeder.

Marty led DeForest’s at the plate with two hits.

Jansen had another great game in the pitcher’s circle. She allowed just three runs on six hits and garnered nine strikeouts and a walk.