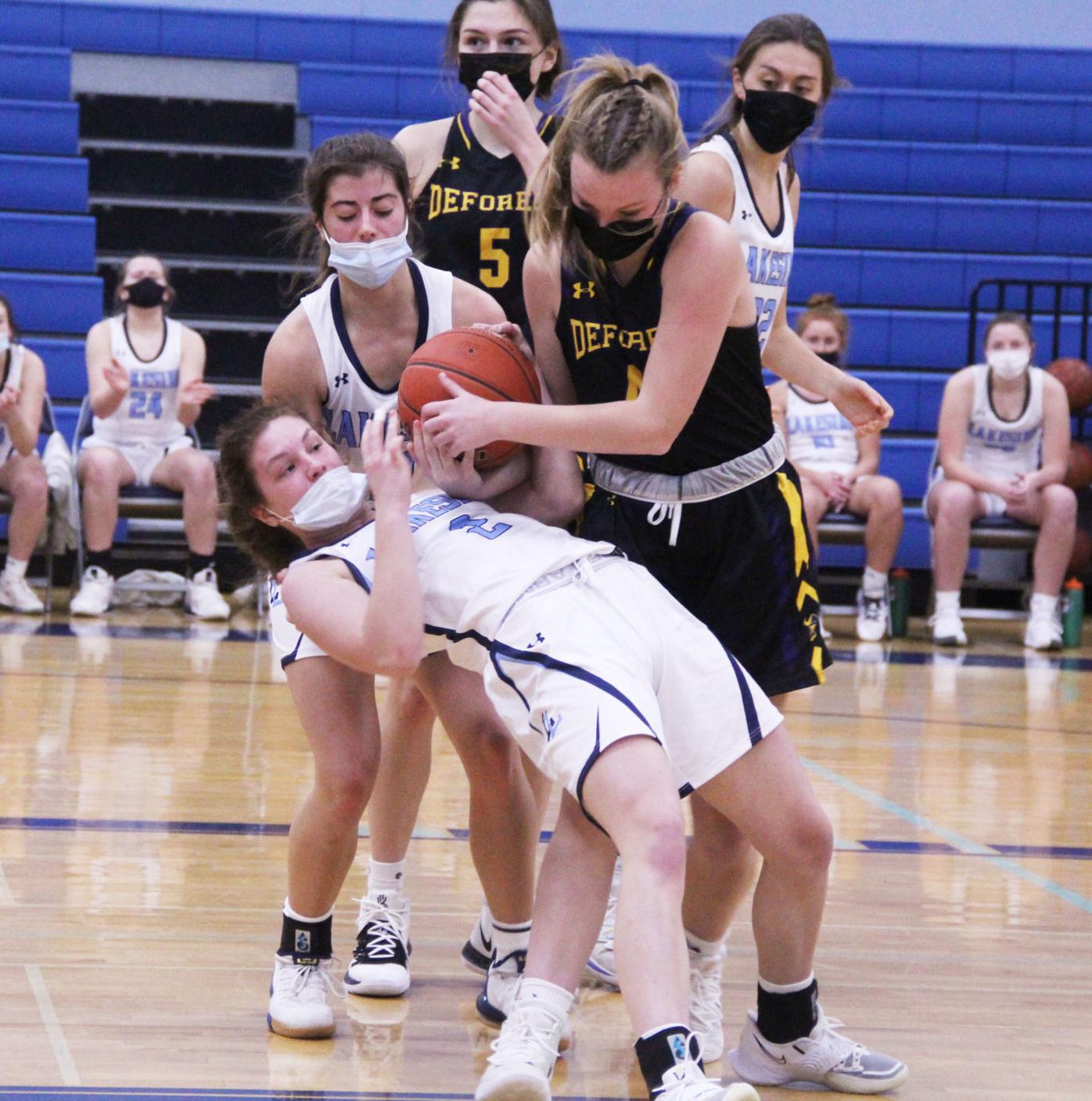 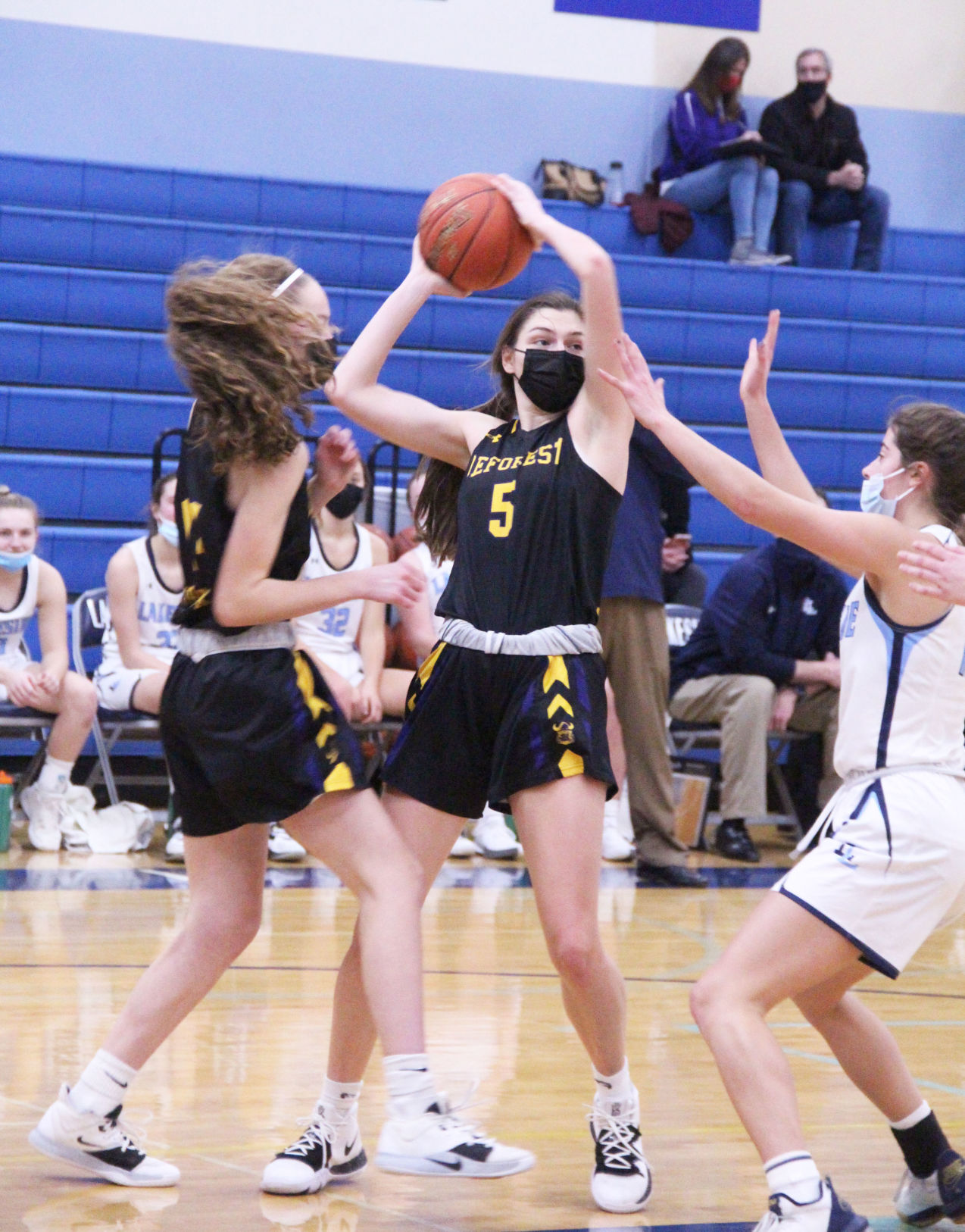 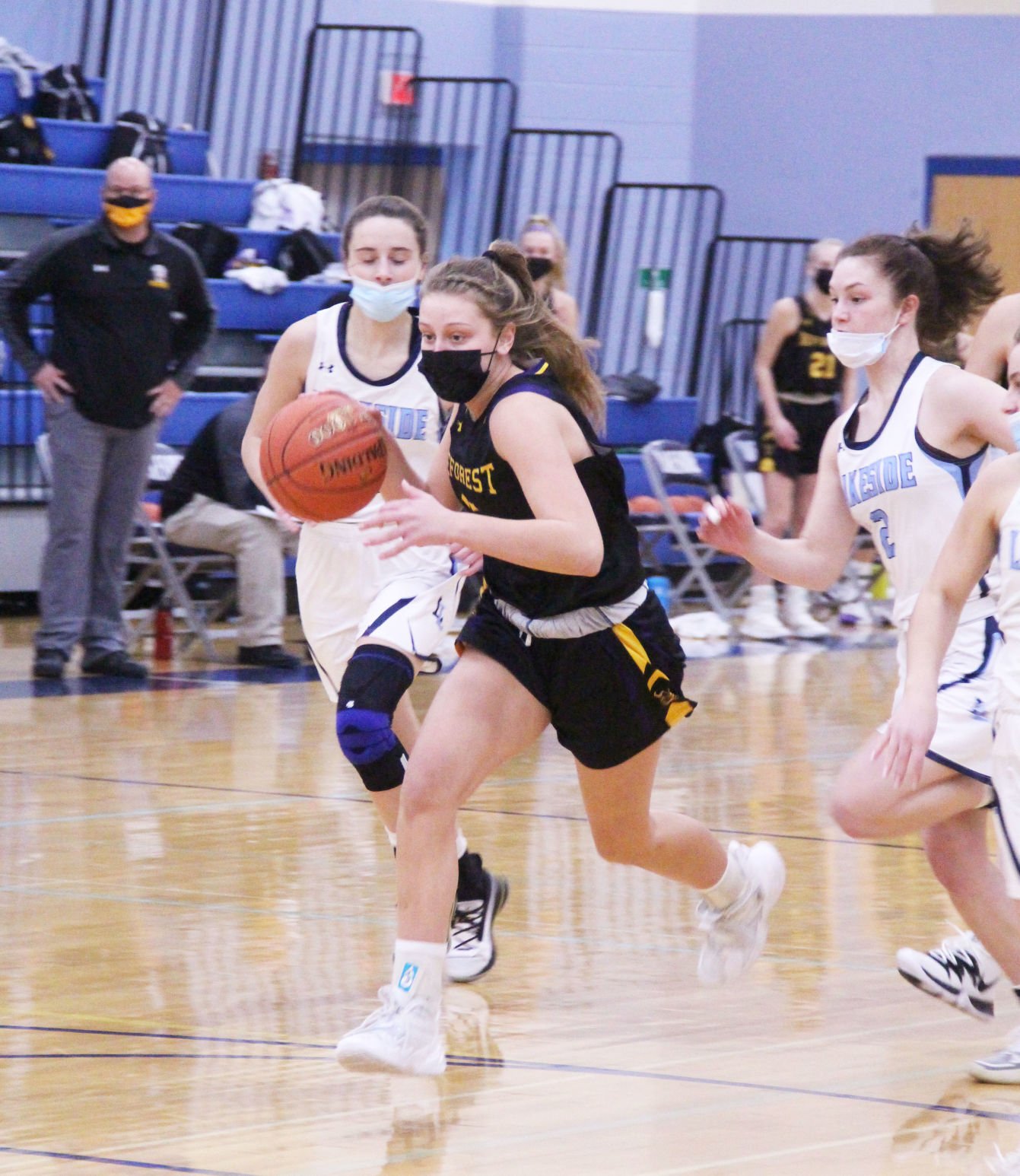 After weeks of not knowing when the season would start of even if there would be one, the DeForest girls basketball team stepped on the court for the first time last Saturday.

The Norskies faced a tough task in facing host Lakeside Lutheran, which had already played seven games coming into Saturday.

DeForest didn’t look like a team playing for the first time this season, as the Norskies rolled to a 64-52 non-conference victory.

“I’m thrilled for the girls just to have this chance to play,” DeForest coach Jerry Schwenn said. “Some teams are going back and forth with playing or stopping the season. I told the girls to just take every game as it comes because we don’t know what is ahead of us.”

The Lady Norskies have a lot of questions coming into the season, but Schwenn liked what he saw from his team in their first game.

“It’s a whole different cast of girls this year,” Schwenn said. “But, I was impressed with how the girls played. When one team comes in with eight games and the other is playing their first, you can really notice the difference. But, I didn’t think you could tell this was our first game. That is complement to our girls.”

Early on, the Norskies looked like anything but a team playing its first game of the season. They jumped out to a 10-1 lead behind eight points from Jaelyn Derlein.

“We started out hot and that was awesome,” Schwenn said.

Lakeside Lutheran answered with a 15-5 run to take their first lead,16-15, of the game with 8 minutes, 10 seconds remaining in the first half.

The lead changed hands several times over the final seven minutes of the first half.

DeForest got a three-pointer from Derlein with 3:53 left in the half to go up 27-25. But, they would not score again the rest of the half.

Lakeside’s Jenna Shadoski hit a late layup to send the teams into the locker room at halftime tied at 27.

Derlein led the way for DeForest in the first half with 11 points.

“She is somebody we are going to count on to be a playmaker for us,” Schwenn said.

After an opening basket by the Warriors, the Norskies got back-to-back three-pointers from Grace Roth and Rylan Oberg and they would never trail again.

The Lady Norskies did not flinch and put together a 17-7 outburst to close out the game. Senior Natalie Compe had eight points in the final push.

“I love the way she plays defense,” Schwenn said. “She is really active on the ball and even when we are playing a zone she is very involved. We are going to lean on all four of our seniors this year.”

The Norskies had four players score in double figures in the win. Derlein led the way with 18 points.

Roth was second on the team with 14 points, while Oberg and Compe chipped in 11 and 10, respectively.

Lily Schuetz was the only Warrior to score in double figures. She finished with 12 points.

Because of restrictions, the Lady Norskies will play all their games on the road this season.

The Lady Norskies will close out their first busy week of the season on Saturday with a 7:30 p.m. game in Lake Mills.