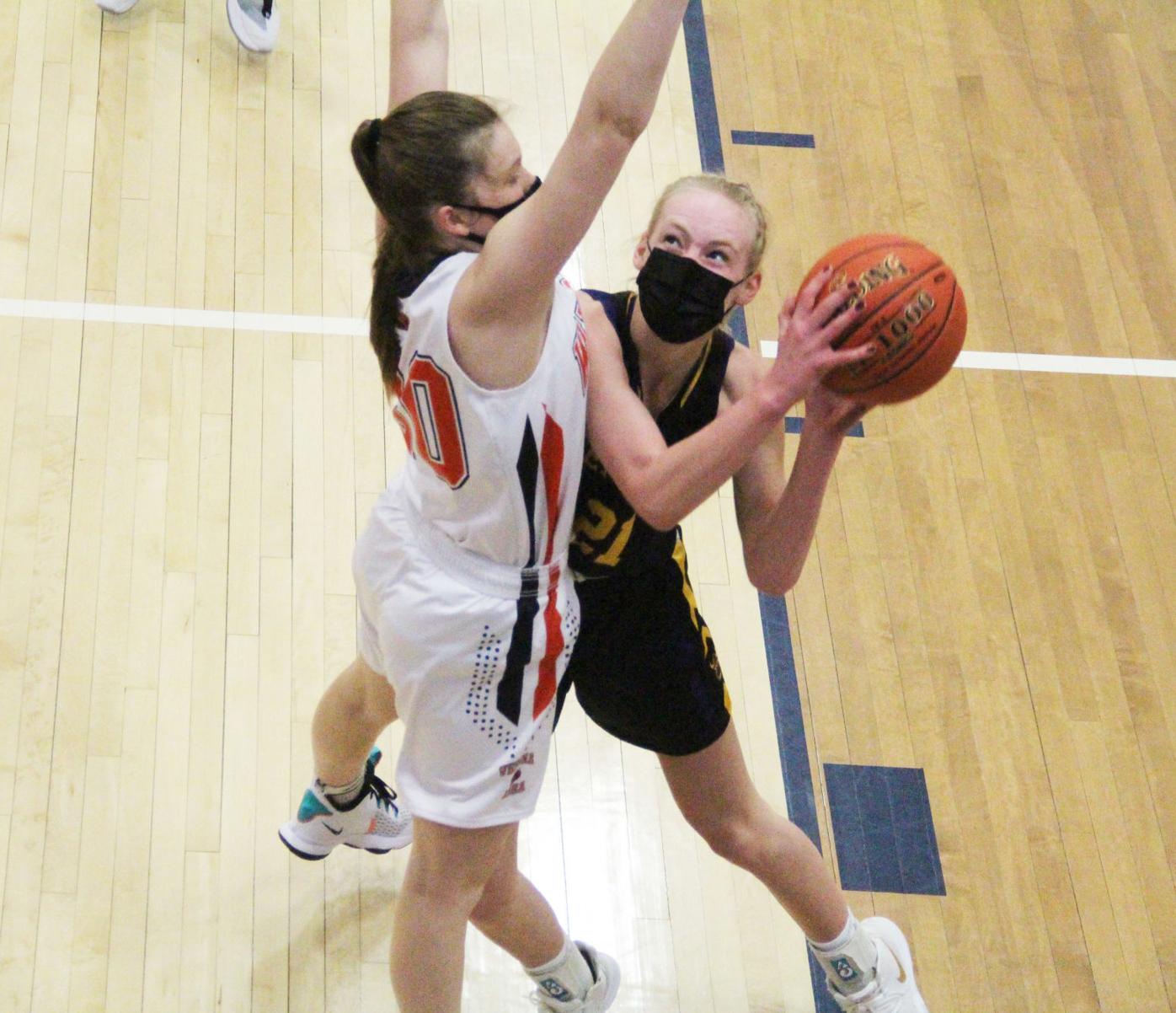 The Lady Norskies’ Avery Schaeffer looks for an opening to score in the regional semifinal. 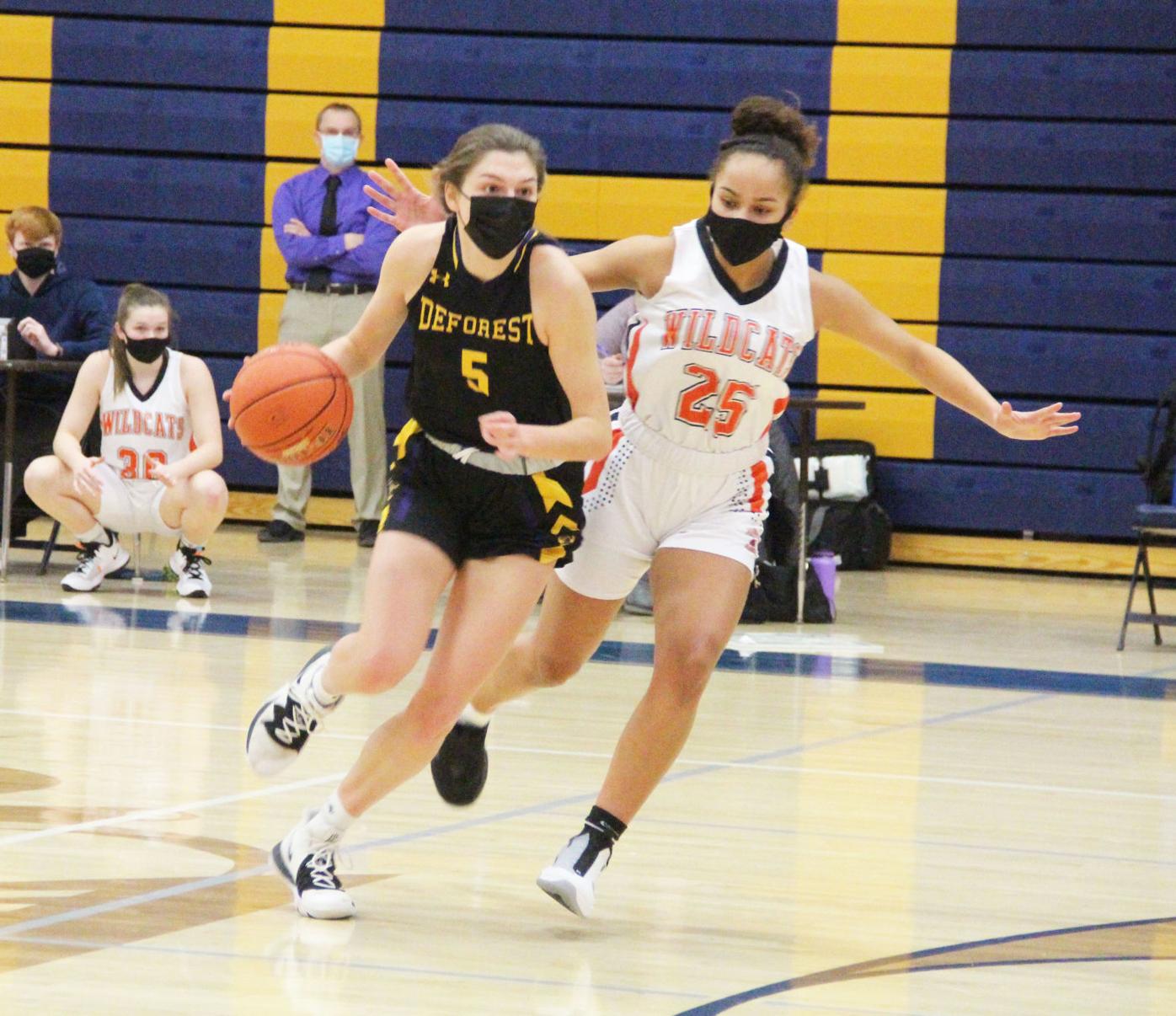 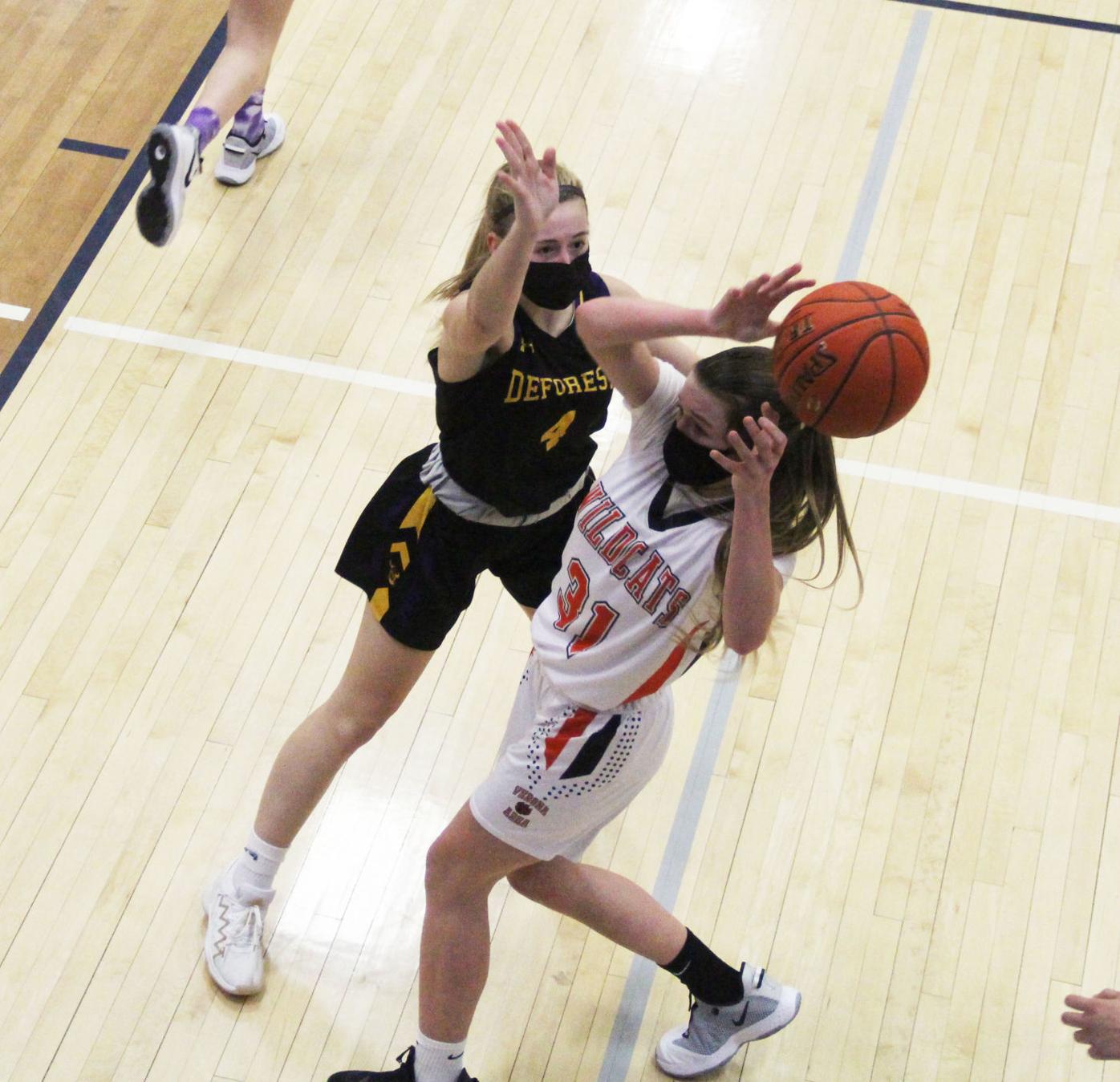 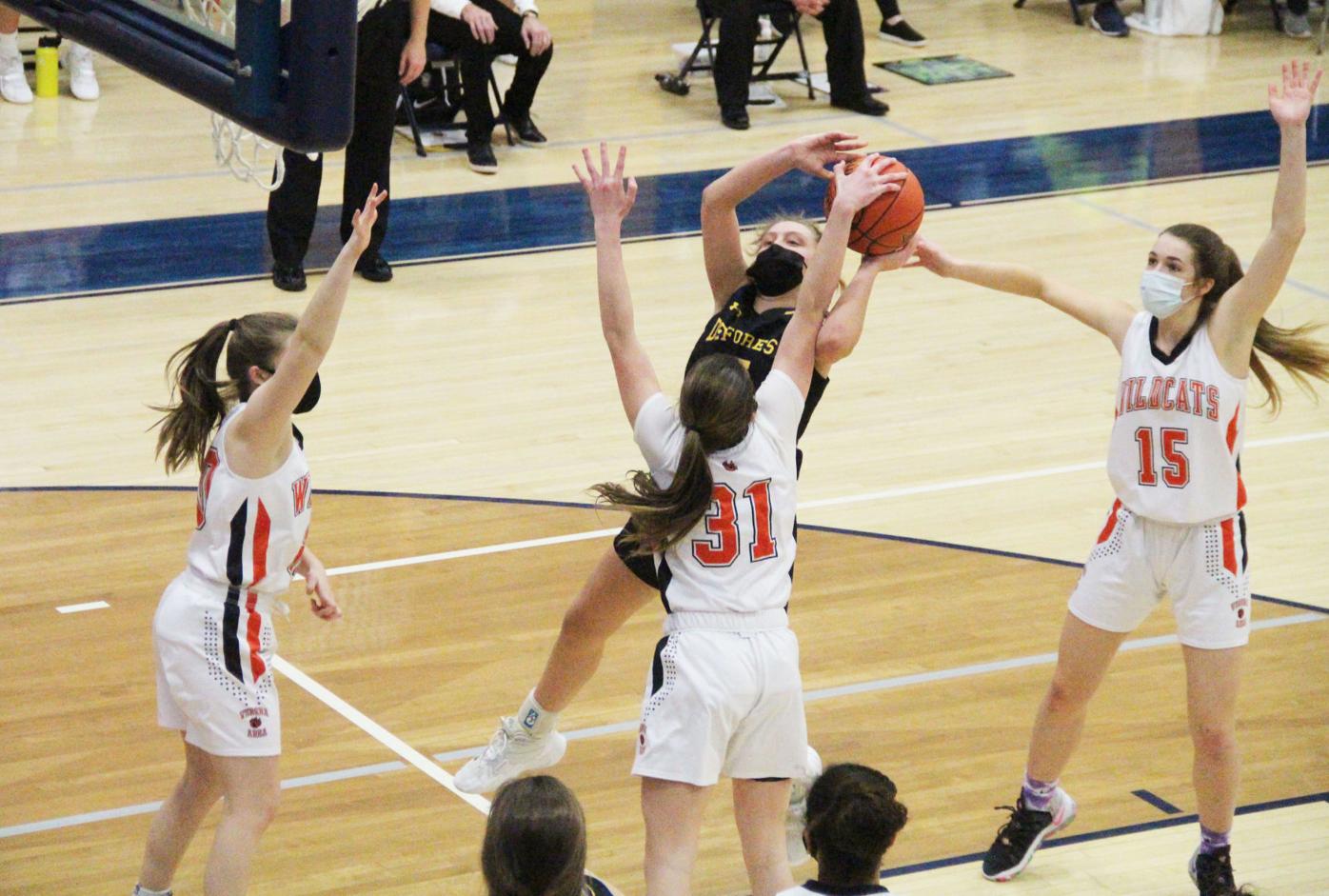 The Norskies’ Jaelyn Derlein is fouled going through the lane against Verona.

The Lady Norskies’ Avery Schaeffer looks for an opening to score in the regional semifinal.

The Norskies’ Jaelyn Derlein is fouled going through the lane against Verona.

After navigating through a regular season like no other, the DeForest girls basketball faced another big challenge in last Friday’s WIAA Division 1 regional semifinal against second-seeded Verona at Baraboo High School.

The Wildcats proved to be too tough, especially in the second half. They knocked off the third-seeded Norskies 65-45.

“They are a tough team and have some solid kids,” DeForest coach Jerry Schwenn said. “Our kids battled hard but it was a buzz saw of a team.”

The Lady Norskies, who dropped four of their final five games, finished the season with a record of 8-7.

“Coaches wear a lot of different hats with all you have to do, but it seemed like everything was magnified this season,” Schwenn said. “We faced a lot of things we have never had to before. To the girls’ credit, they really pledged to handle things the right way. They followed all the protocols and that was the biggest thing because we never had any issues with a COVID outbreak. I applaud the girls and their families for doing what they had to in order to get us 15 games. It was amazing to play that many games considering when we started.”

Verona followed up the win over DeForest by knocking off top-seeded Waunakee 67-56 in the regional final last Saturday.

The Lady Norskies never held a lead in the regional semifinal. They tied the game just once after falling behind 6-0 to open the contest.

Trailing 13-4, DeForest was finally able to grab some momentum. The Norskies went on a 15-6 run to tie the game at 19 with 5 minutes, 26 seconds remaining in the first half.

“They caused a lot of problems in the passing lanes,” Schwenn said. “We had to change some things that we liked to do to get some timing.”

Natalie Compe and Jaelyn Derlein both had five points during the comeback surge by the Lady Norskies.

After Verona went up by five points, DeForest’s Morgan Hahn hit a shot as time expired to cut the deficit to 29-26 at halftime.

The Wildcats took control of the game after scoring the first nine points of the second half to go up 38-26.

“I thought the run to start the second half was huge for them,” Schwenn said.

After a three-pointer by Grace Roth and a basket by Compe, the Norskies only trailed 45-36 with 9:20 remaining. But, they would get no closer.

Verona answered with eight straight points to go up 53-36 and all but put the game away.

The Norskies got three straight baskets from Maya Pickhardt to cut the lead to 54-42 with 5:07 remaining, but Verona outscored them 11-3 the rest of the way.

Roth led DeForest with 13 points, while Pickhardt came away with 11. Derlein finished with nine points.

The game marked the end for DeForest’s senior class of Kendall Rauls, Hahn, Compe and Roth.

“They are a group that wanted to make the most of their high school careers,” Schwenn said. “All four of them are three-sport athletes all four years, but at the end of the day, you have some kids who are committed to DeForest High School. They wanted to impact as much as they could in their time at the school and there is a lot to be said about that.”

Schwenn is hopeful things will get back to normal next season and the Norskies can again challenge for a long postseason run.

“Hopefully we can have an offseason to work on some things,” Schwenn said. “We didn’t have a lot of time to get ready for this season.”