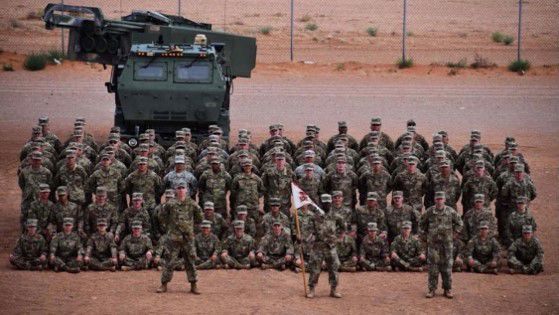 DeForest Area Police Department Officer Mikala Wollmuthlogs into her squad vehicle computer. As of February, Wollmuth, a re-enlisted veteran of the U.S. Army National Guard, was approaching the end of the introductory period of being accompanied by a field training officer and would soon be going out on solitary patrol throughout the communities of DeForest. She is one of several current and former service members among the deparment ranks. 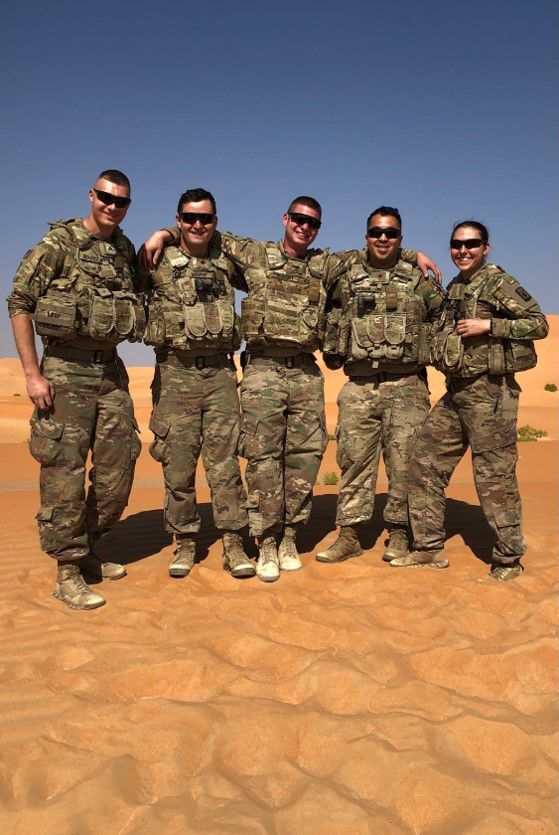 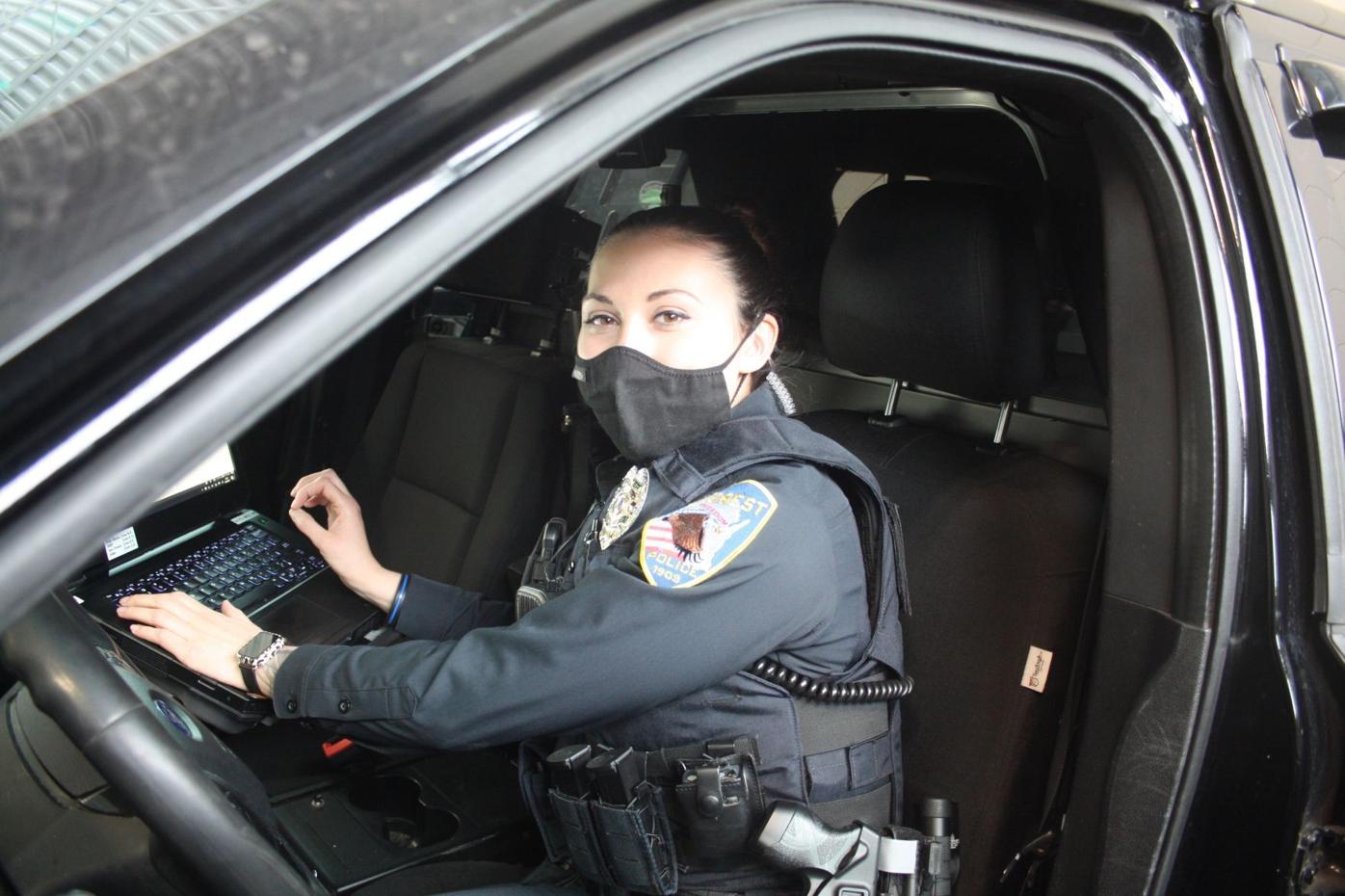 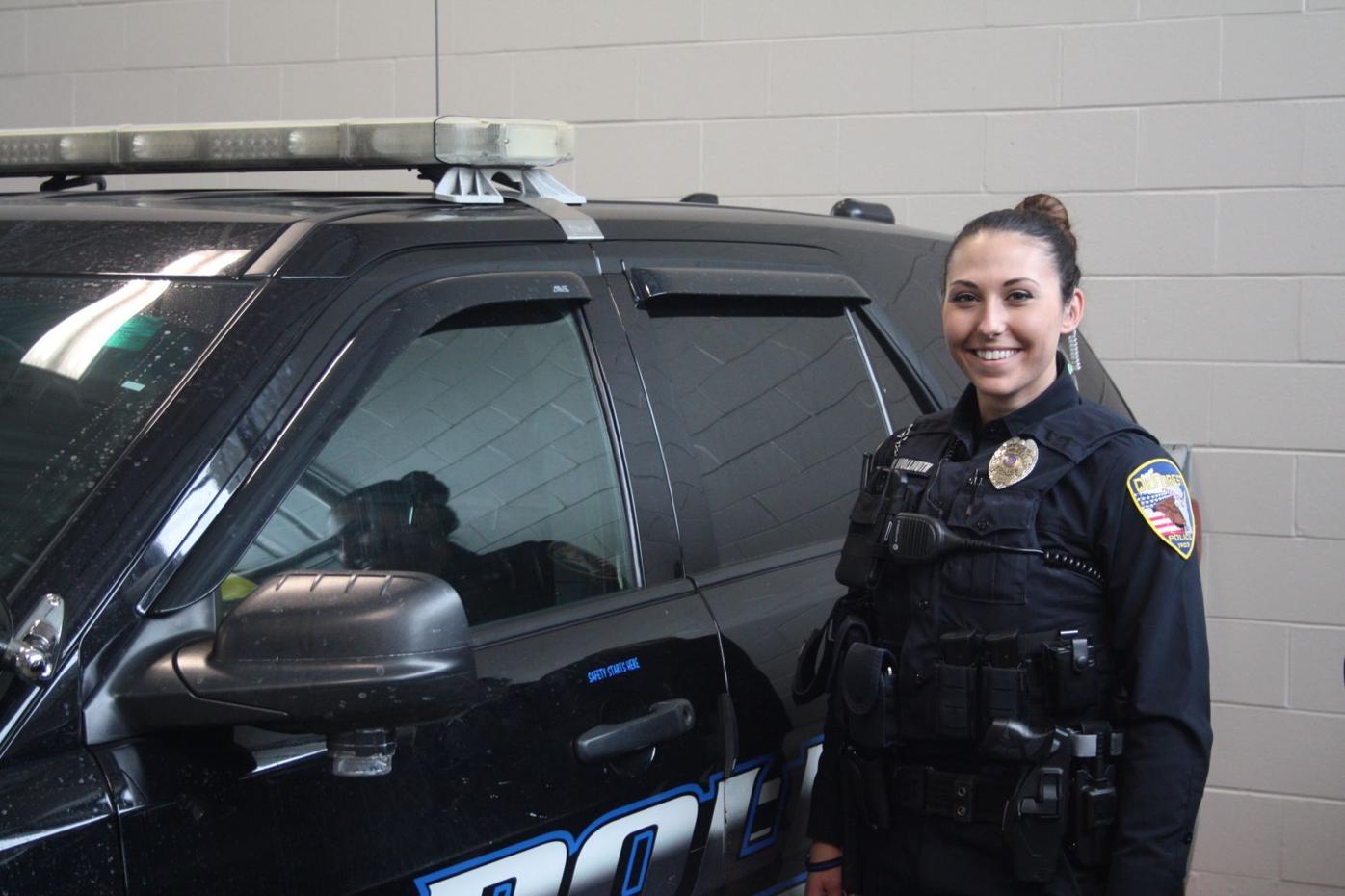 DeForest Area Police Department Officer Mikala Wollmuthlogs into her squad vehicle computer. As of February, Wollmuth, a re-enlisted veteran of the U.S. Army National Guard, was approaching the end of the introductory period of being accompanied by a field training officer and would soon be going out on solitary patrol throughout the communities of DeForest. She is one of several current and former service members among the deparment ranks.

One of the DeForest Area Police Department’s newest members is joining a tradition of moving from service to service, from the Army National Guard throughout the Middle East to DeForest and Windsor, to wherever she may next be needed.

“I’ve definitely had a lot of experience in the month that I’ve been here,” said Officer Mikala Wollmuth, as she approached the end of field training following her swearing in to the DeForest Area Police Department at the end of December.

The 24-year-old officer is again in an immersive new situation and far removed from her expectations a few years ago when she was considering her career options, but following a drive to help in her community.

“We didn’t have recruiters come to our high school and I didn’t know anyone in the guard—so I didn’t really know that branch existed,” said Wollmuth, recalling her introduction to the National Guard at 17, living outside Chicago in Gray’s Lake, Illinois. “I knew that the reserves existed and I knew active duty existed, so when I found out about the guard, then I decided that I might want to join.”

Wollmuth had been approaching graduation with a plan for becoming a nurse, but that changed when she began serving with the Guard as a wheeled vehicle mechanic in a field artillery battalion. Through that time she served in five different countries in the Middle East including in combat zones and non-combat zones.

“Knowing the kind of person I am, I felt that even though nursing would be a good fit for me, I would be more of an asset in a law enforcement role,” said Wollmuth. “I have another four years until my contract ends. We’ll see what happens in 20 years, I may just end up doing the 20 and retiring.”

According to DeForest Area Police Chief James Olson, since joining the department Wollmuth has impressed him and other members of the force with her ability to adapt to the environment and the unique demands of serving as a police officer.

“She is doing exceptional work, she is a dedicated public servant who is trying hard to learn about the world of policing and she is bringing her experience from the military to the team, to the village, to help keep people safe,” said Olson. “A lot of what we might think of as basic tasks, like driving the car. It’s not like driving to the store for example, you’re focusing on traffic, but you’re also looking for suspicious behavior and there are so many distractions in a police car that we try to take our time to make sure they understand how to control the environment the best they can.”

While working with a field training officer Wollmuth has, as one might expect in suburban-rural Wisconsin, done a lot of traffic work, in addition to more stressful situations like clearing a building in a suspected burglary and assisting in a death investigation. Of the latter, sensitivity and empathy become critical factors in effectively doing the job, and department leaders were relieved that Wollmuth came to the job equipped for such difficult moments with residents.

According to Wollmuth, she had a similar appreciation working with the other officers in the department.

“Working with this department I’ve noticed that they really have a good sense of building a relationship with the community and that was one of the biggest things that drove me to apply here,” said Wollmuth. “Not only is it nice to be told before working here that that is a goal of the department, you’re also seeing that even the least senior officers are out there building relationships. I’m glad that it wasn’t just being talked about, but it was actually being done.”

When Wollmuth was sworn in, she joined a strong contingent of military veterans in the DeForest Area Police Department--two current and five former service members.

When officers are deployed, it hypothetically could cause stress in staffing, but according to Olson, that has not come up.

“I think everyone here understands that service is service and they signed up and took an oath in that line of work as well,” said Olson. “And we are absolutely supportive of our veterans and military members in that venture and we’ll do anything we can to help them be successful in whatever they want to do.”

In the case of National Guard members, they are often mobilized for the same emergencies as local police and fire departments, but, Olson explained, there is reliable communication ensuring local departments do not lose staff in moments of greatest need.

“If you look at the civil unrest that has been experienced in the past year, and the pandemic, National Guardsmen get called out a lot and we haven’t experienced a whole lot of that,” said Olson. “[The Guard] know what their full-time job is, if it is law enforcement or fire service, the military is good at working with community safety, because they are aware that community safety is an all-over concern.”

Among officers who are military veterans, Wollmuch explained that there is recognition of similarities, but that also among those similarities are a world of unique tours, tasks and histories.

“Most of us don’t have the same experiences,” said Wollmuth. “And we all get what we’ve been through, but we bring different things to the table.”