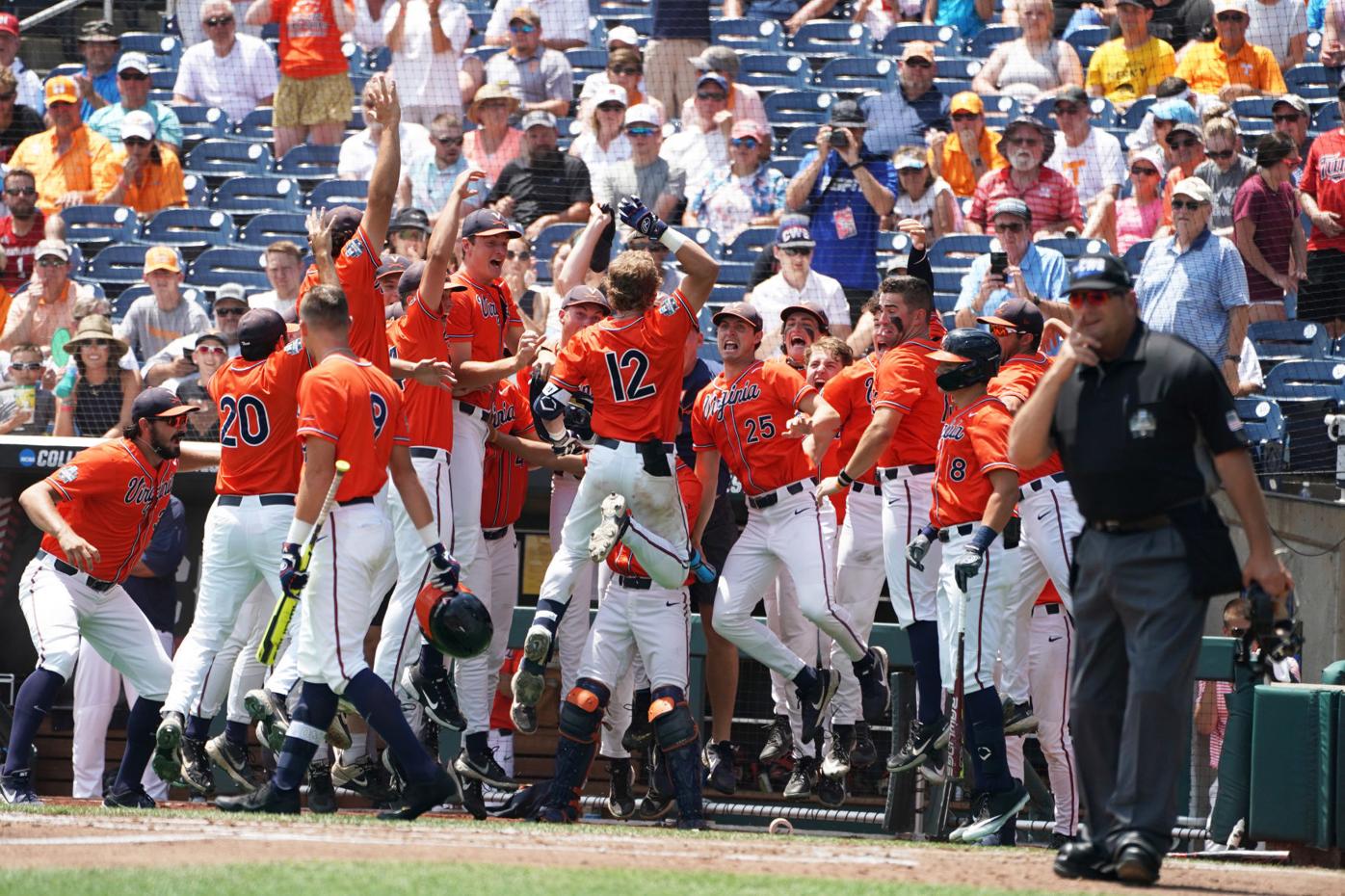 2016 DeForest graduate and University of Virginia catcher Logan Michaels (12) celebrates his first home run of the season in the first game of the College World Series. 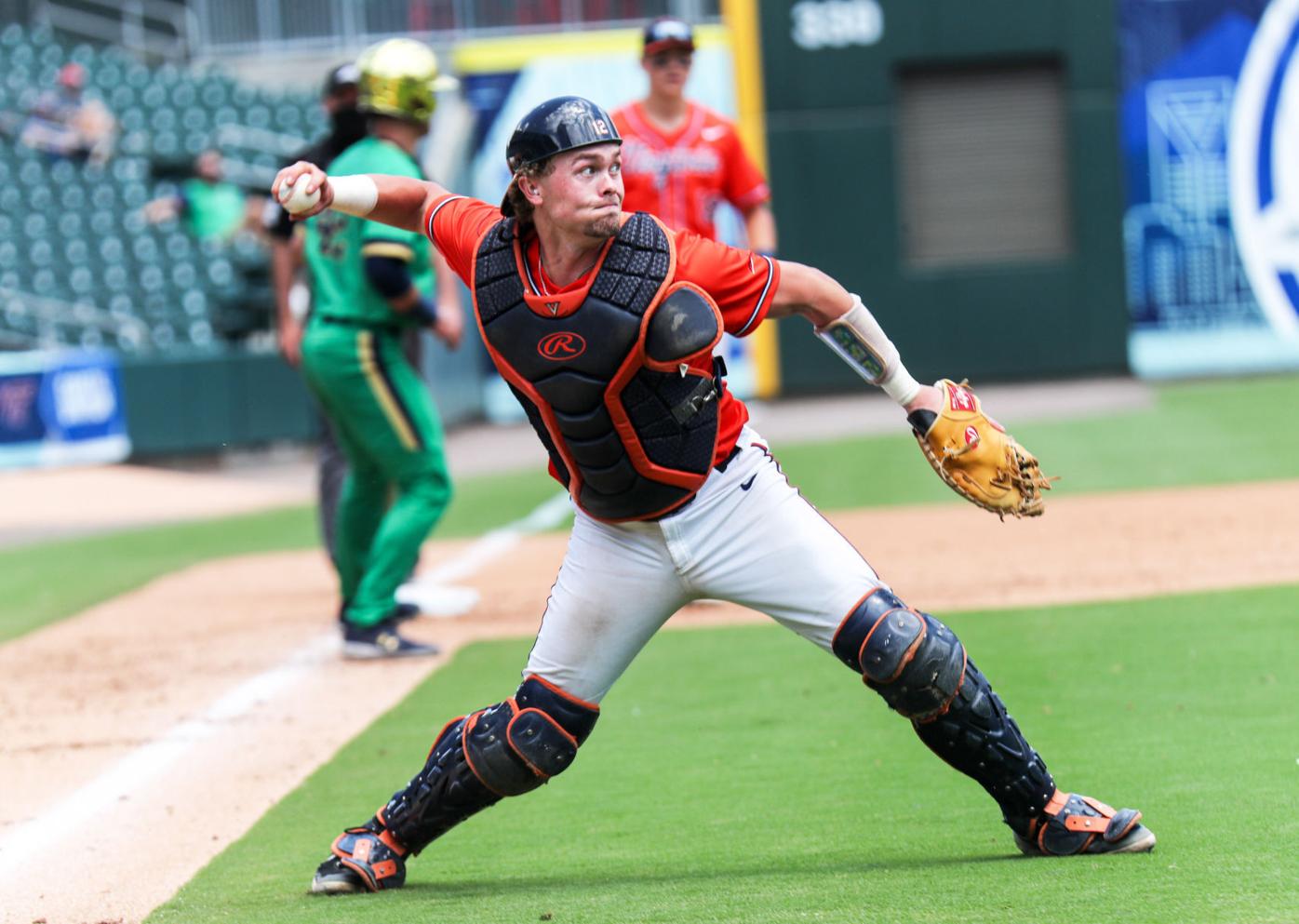 2016 DeForest graduate Logan Michaels recently signed with the Baltimore Orioles organization after finishing up his career at the University of Virginia.

2016 DeForest graduate and University of Virginia catcher Logan Michaels (12) celebrates his first home run of the season in the first game of the College World Series.

2016 DeForest graduate Logan Michaels recently signed with the Baltimore Orioles organization after finishing up his career at the University of Virginia.

In a story that seems tailor-made for a Hollywood movie, 2016 DeForest graduate Logan Michaels has been living his own fairytale as he finished up his collegiate baseball career at the University of Virginia.

In his final season with the Cavaliers, Michaels helped lead Virginia to an appearance in the College World Series.

“It has been absolutely unreal,” Michaels said. “It has been a lot of excitement. There are no words for what has happened over the last month. It has been unbelievable.”

The Cavaliers earned their fifth appearance in the College World Series. Their first since winning the title in 2015.

Virginia had high hopes of a postseason run after a strong 2020 campaign was cut short by the pandemic. But the Cavaliers struggled early on in the 2021 season, but eventually turned things around.

“We knew we had a team to make it last year when we were 14-4 when COVID ended the season,” Michaels said. “We knew we had the team to do it this year. We all came back with that expectations that we were going to make a run at it. We didn’t start off the greatest, so a lot of people were pressing. But we kept working at practice and it payed off in the end. We got hot at the right time.”

Virginia earned a trip to Omaha, Nebraska after rallying for a 2-1 series win over Dallas Baptist in a NCAA Super Regional.

The momentum carried over into the first round of the College World Series, thanks in part to Michaels.

Michaels became the talk of college baseball and the sports world after hitting his first home run of the season in a 6-0 opening victory over Tennessee.

The moment was magnified since it came on Father’s Day with Logan’s father Jeff in the stands.

Jeff Michaels has not had many chances to watch his son play as he has battled cancer since 2018.

Having his father in the stands is something Logan will cherish forever.

“That whole experience was awesome,” Michaels said. “To hit a home run on Father’s Day is something I will never forget.

ESPN and the national sports media quickly picked up on the moment and Michaels became a star.

“It was pretty cool,” Michaels said. “My phone is still blowing up from all of this in the last couple of weeks. It is crazy what one swing of the bat will do. I feel like everywhere I go now there is someone who recognizes me or says congrats. It is a pretty cool feeling. It was super cool that it happened, I was just happy we got a win that day.”

Logan was happy that the moment allowed others to hear his dad’s story and draw inspiration from it.

“It was great that we got to tell his story,” Michaels said. “His story has helped others who are going through the same thing. I have had people reach out on Twitter asking about what he has gone through. It has inspired a lot of people.”

“The home run was a super cool moment, but the coolest thing was them finding my dad and bringing him the ball,” Michaels said. “When I found that out after the game it brought tears to my eyes. There are good people in the world. It was nice that I was able to meet up with her the next day and sign a ball for her. They sat with my family for the next two games. We are friends now and have kept in touch. It is amazing what one little thing can do. Now we are friends forever.”

Unfortunately, there would be no storybook ending for the Cavaliers, as they lost their next two games at the World Series. They lost 6-5 to Mississippi State and 6-2 to Texas.

“At first I was pretty upset and disappointed that we didn’t win, because it was my final time playing college baseball,” Michaels said. “But when you sit down and think about it, you will see what an accomplishment it was.”

“I wish I would have hit a little better, but I feel like I was able to come through in big moments,” Michaels said. “At the end of the day, it is all about the team. You want to have individual success, but the team’s success is more important.”

Michaels’ baseball career is not over yet. He had hoped to be drafted during last week’s MLB Draft, but signed with the Baltimore Orioles after not being selected.

“There was a good number of teams telling me they may take me in the eighth, ninth or 10th rounds,” Michaels said. “I’m just excited to have an opportunity to play baseball at the pro level. For a guy who came from DeForest and walked on to a JUCO and then went to Virginia and is now playing professional baseball, is crazy. I’m super excited to get to work.”

Michaels left for Sarasota, Florida this past Monday to begin working with the Orioles organization.

“I want to go to Florida to prove I belong and then we will see what happens,” Michaels. “I’m just going to keep doing what I do. It has worked for me at this point, so why change. I’m going to work hard and show up every day to prove to everybody I belong.”