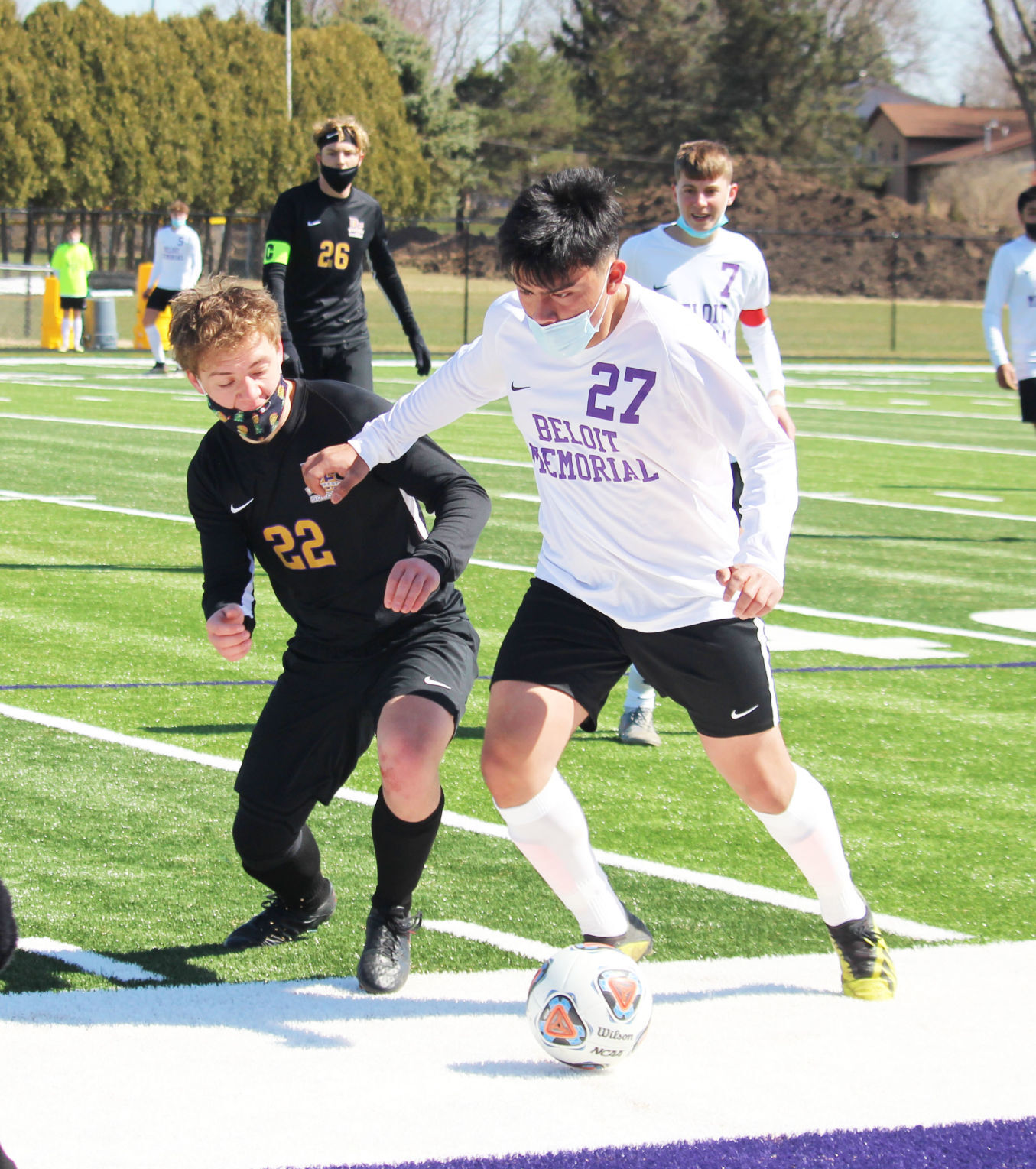 DeForest’s Koby Prellwitz (left) tries to take the ball away from a Beloit player. 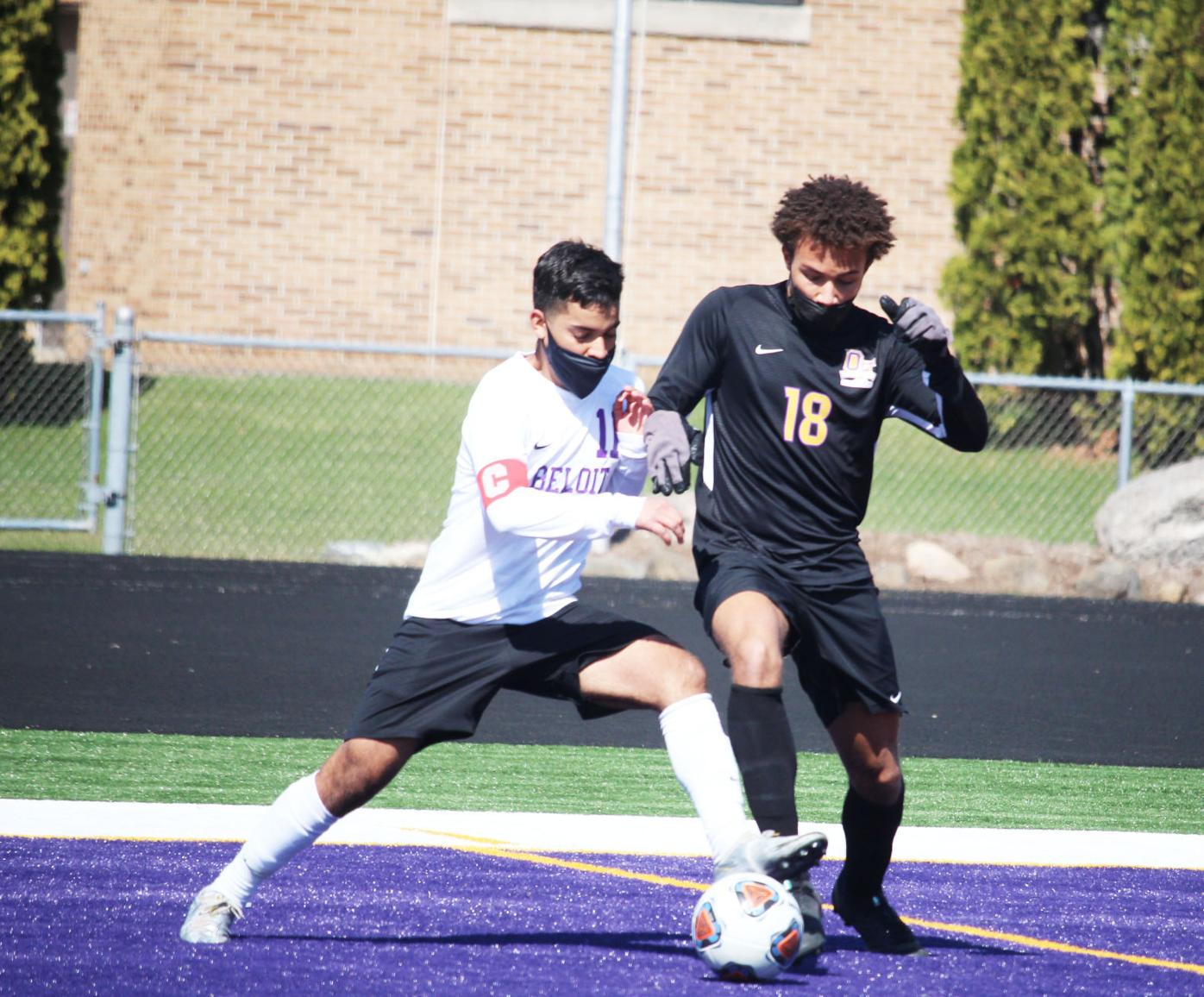 The DeForest boys soccer team opened the alternate spring season with wins over Fort Atkinson and Beloit Memorial. ABOVE: The Norskies’ Caleb Ekezie (right) battles for a ball. 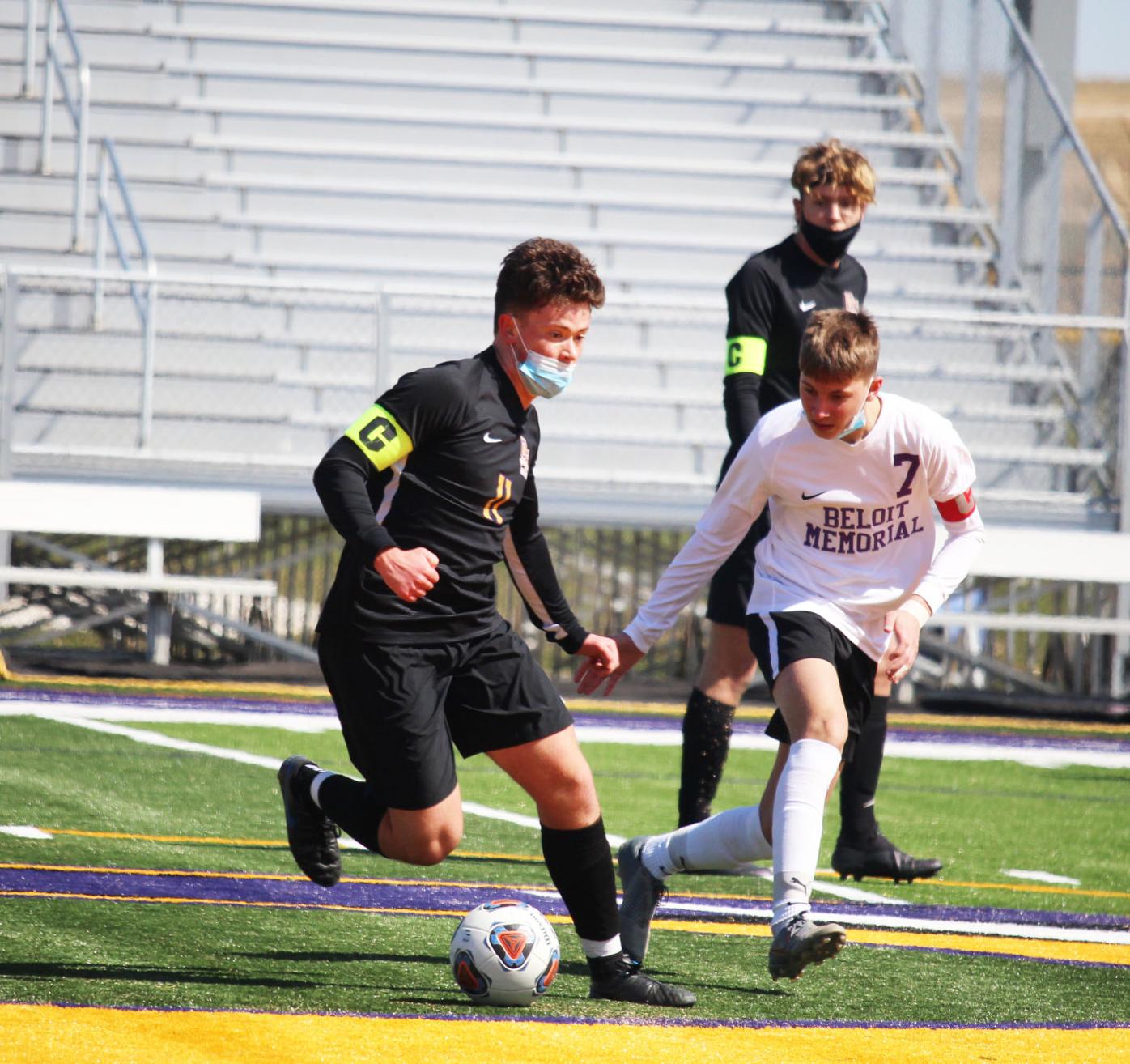 DeForest’s OWen Thoms (left) sprints after a ball during the first half against Beloit Memorial.

DeForest’s Koby Prellwitz (left) tries to take the ball away from a Beloit player.

The DeForest boys soccer team opened the alternate spring season with wins over Fort Atkinson and Beloit Memorial. ABOVE: The Norskies’ Caleb Ekezie (right) battles for a ball.

DeForest’s OWen Thoms (left) sprints after a ball during the first half against Beloit Memorial.

The DeForest boys soccer team could not have asked for a better start to the alternate spring season last week. The Norskies came away with a pair of victories.

The Norskies opened the shortened season with a 2-1 victory over visiting Fort Atkinson on March 30.

“It was definitely an intense game and you could tell both sides were thrilled to be back out there,” DeForest coach Kevin Krivacek said. “It was a physical game, which I think caused us to be a little looser with the ball. We played much better when we were using the whole field and created more space in the middle.”

DeForest followed it up with a thrilling 4-3 victory over visiting Beloit Memorial on April 1.

“We knew Beloit was going to have a strong attack coming off a 9-0 walloping of Whitewater,” Krivacek said. “We were disciplined defensively and much more secure and comfortable with the ball compared to Tuesday. The pressure we provided all over the field in the Beloit game was thoughtful and calculated. We were pressuring and covering as one unit, which made it difficult for them to create.”

The Norskies scored a goal in each half to win the defensive battle over the Blackhawks.

It took DeForest just 13 minutes to get on the scoreboard with a goal by Nick Anderson. Owen Chambers had the assist.

“Nick Anderson, who played like a skilled force in the middle, scored a nice goal early from a nice ball from Chambers,” Krivacek said.

The Norskies’ second goal came at the 51st minute. Chambers scored on an assist by Caleb Ekezie.

“Phil McCloskey had some nice saves and looked comfortable playing with his feet out of the back, which makes him a helpful outlet and distributor,” Krivacek said.

The Norskies jumped out to a 3-0 lead on Beloit Memorial, but had to hold off a late rally to earn the victory.

Owen Thoms got DeForest on the scoreboard with a goal 12:13 into the contest. Josh Roesel had the assist.

“Thoms scored a beautiful one-timer off a corner to start,” Krivacek said.

Just before the first half came to an, the Norskies got an unassisted goal from Chambers.

“Chambers worked hard for his goal, which showed the importance of playing until the end of the half,” Krivacek said.

DeForest opened the second half with a goal by Anderson. Dillon Sommers earned the assist.

Beloit answered with goals by Omar Munoz and Johnny Leon to cut the deficit to 3-2.

Blake Olson scored the eventual game-winning goal for DeForest at the 82:35 mark.

“Olson set the tone up front by hawking their goalkeeper and center backs,” Krivacek said. “In general, we did enough against a good attacking squad.”

Beloit got a late goal from Leon.