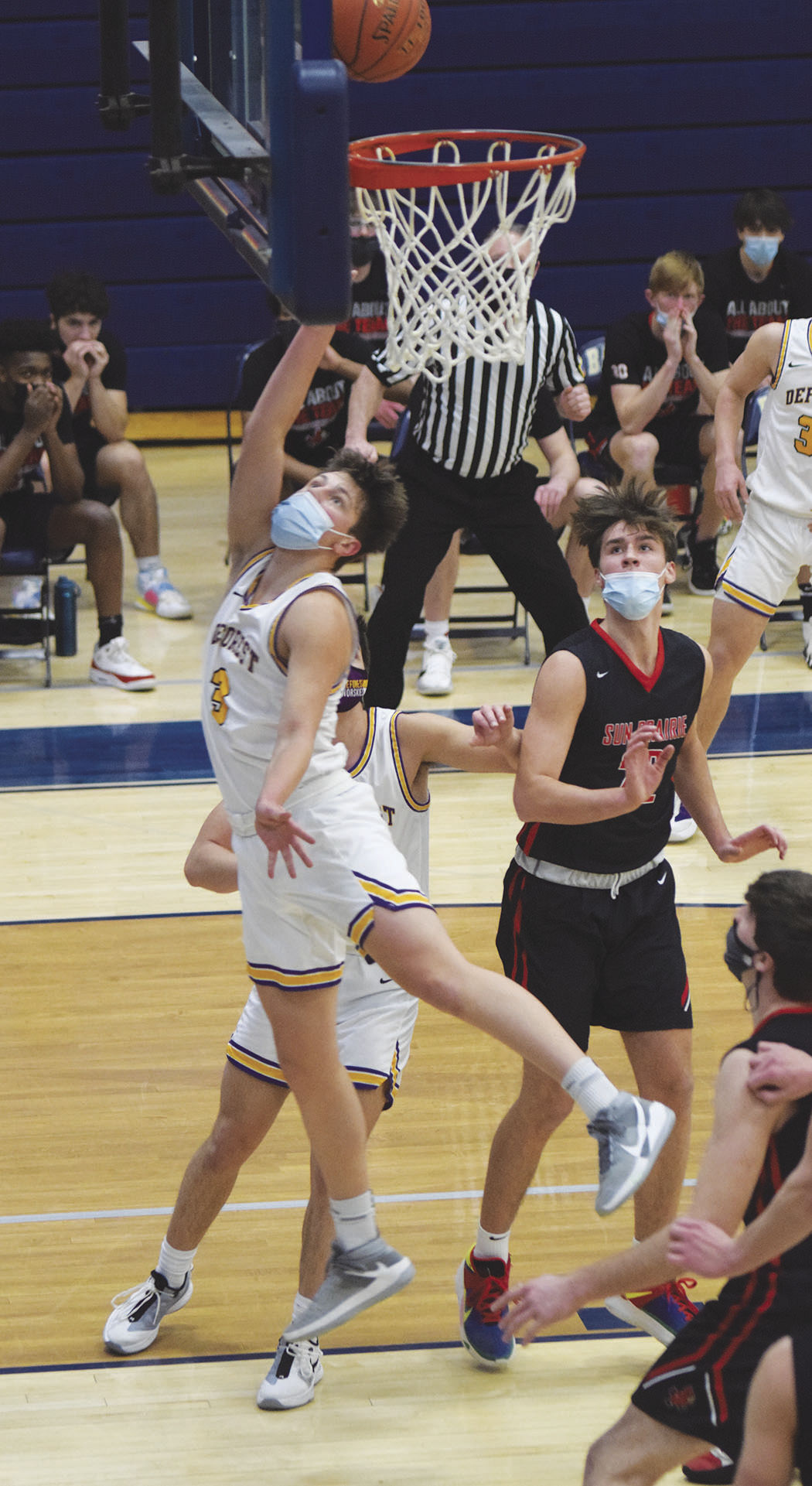 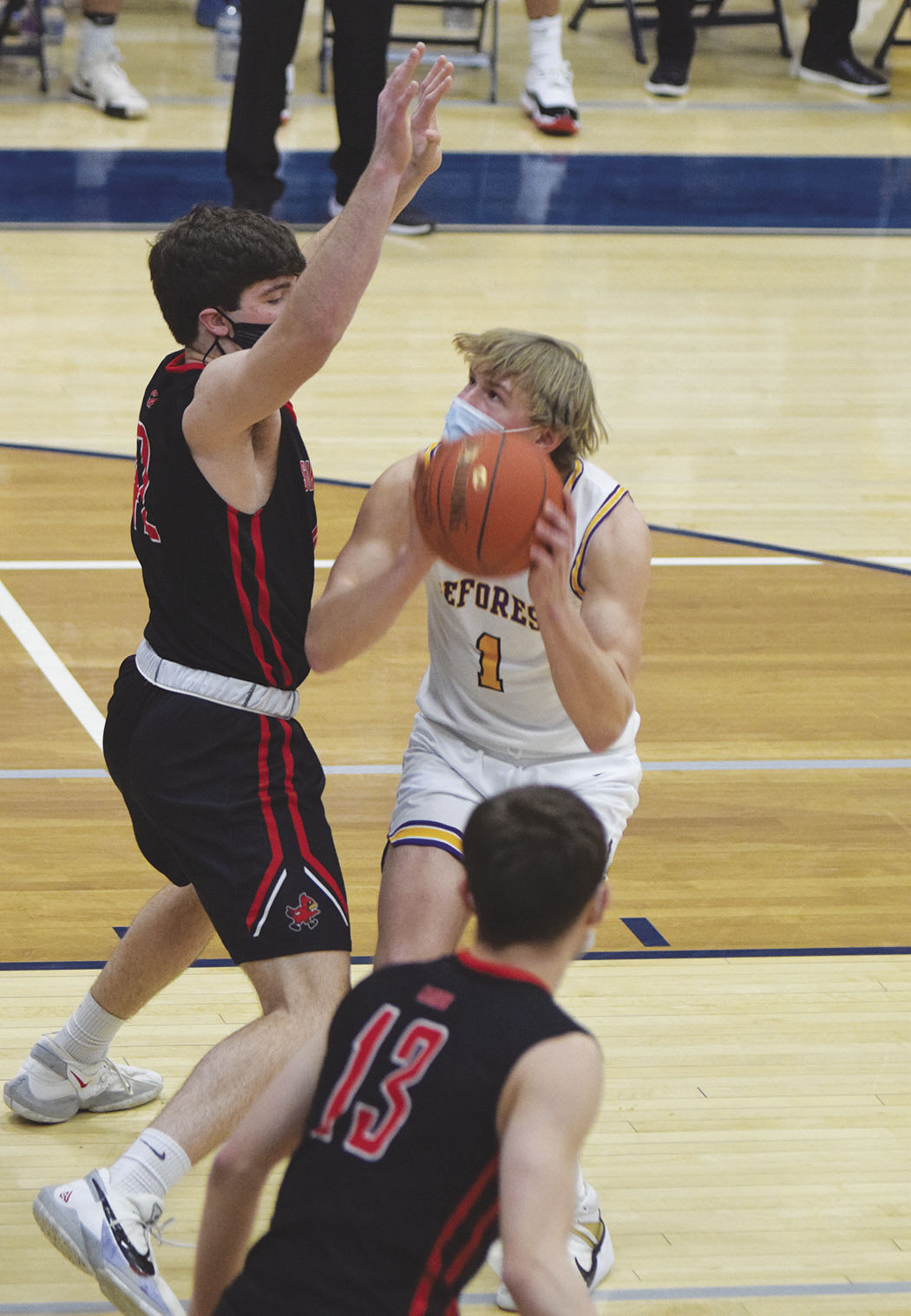 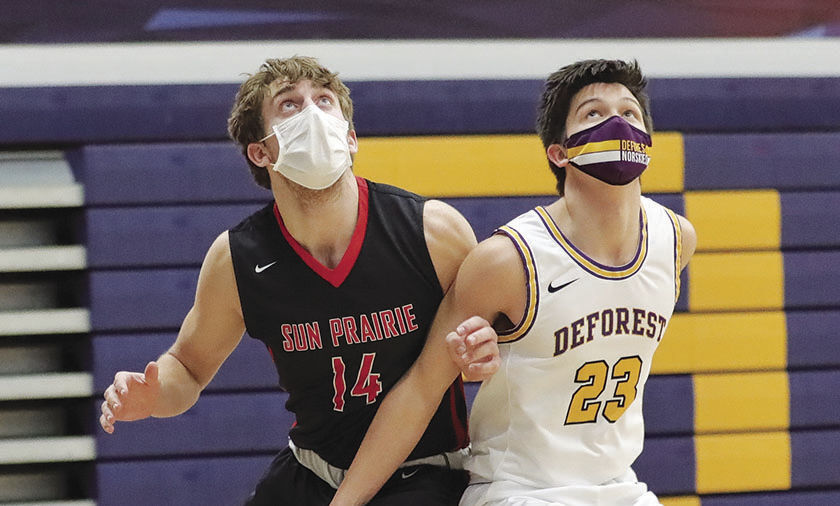 After not getting a chance to finish off last year’s postseason, the DeForest boys basketball team has a chance at a do over after capturing another WIAA regional title last week.

The Norskies earned their third straight regional crown after knocking off both Sun Prairie and Verona in Baraboo last week.

“It was an intense game,” Norski coach Craig Weisbrod said. “Sun Prairie is a very good team and well coached. Playing them poses a lot of challenges, because they are long and have some good scoring punch. It was a great atmosphere and the Norskies rose to the challenge. We were definitely ready and earned the victory against a good Sun Prairie squad.”

The Norskies then sprinted past Verona 70-54 on Saturday to earn the regional title.

“We handled their pressure,” Weisbrod said. “They tried to be physical with us and that led to some easy baskets for our bigs. Once again, our transition was great. Guys were flying up and down the court. We pounded them in the paint and at the rim. Defensively, we held their leading scorer to five points.”

The run to a regional title is even more impressive considering the two previous crowns came in Division 2 and this year they were bumped up to Division 1.

“The boys earned the regional championship,” Weisbrod said. “This past week we have been able to practice normally and we improved a lot. They have really bought in and I think we can get better in practice this week as well. They get their plaques on the wall at school forever.”

Last season after DeForest defeated Stoughton 66-57 in a Division 2 sectional semifinal, the WIAA canceled the season due to the start of the COVID-19 pandemic.

DeForest will look to match last year’s effort when it takes on Janesville Parker in the sectional semifinal in Baraboo at 7 p.m. on Feb. 25.

The sectional final is set for Saturday.

The Norskies have gotten hot at the right time. The two regional wins came after they won their final four regular season games.

The six-game win streak has pushed DeForest to 14-5 overall.

After a back-and-forth first half, the Norskies pulled away in the second half against Sun Prairie.

DeForest would trail for less than a minute in the first half and led 31-26 at halftime.

The Norskies scored the first six points of the second half to increase their lead to 11.

The Norskies outscored Sun Prairie 35-25 in the second half.

Deven Magli was 9-for-11 from the field and led DeForest with 19 points.

“Deven Magli was outstanding,” Weisbrod said. “His cutting and defense set the tone for the game.”

Max Weisbrod came away with 17 points and seven assists in the win, while Brody Hartig chipped in eight points. Nolan Hawk grabbed a team-high seven rebounds.

“Sun Prairie tried to stop Max and it opened it up for others,” Weisbrod said. “We had a lot of great cutting and willing passers. Our fast break was tough for them to handle.”

Thanks to a remarkable effort by Max Weisbrod and a great first-half showing, the Norskies ran to the win over Verona.

Weisbrod did it all for the Norskies. He recorded a triple double with 19 points, 11 rebounds and 10 assists.

“Max had a big night,” Weisbrod said. “He was locked in and played great. He did a great job of creating opportunities for teammates.”

The Norskies set the tone in the first half and led 43-25 at halftime.

DeForest was able to maintain a healthy lead throughout the second half.

Verona outscored the Norskies 29-27 in the second half.

The Wildcats got a game-high 21 points from Kolson Roddick.