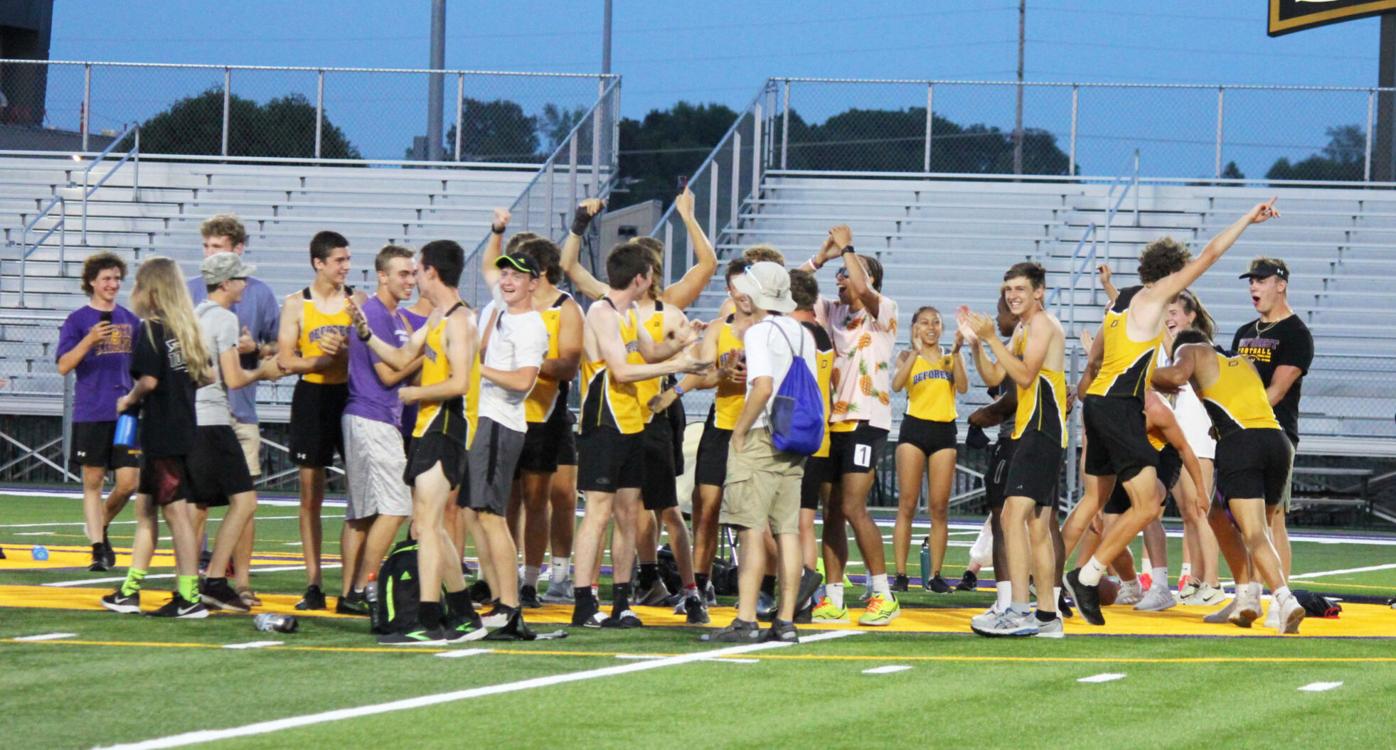 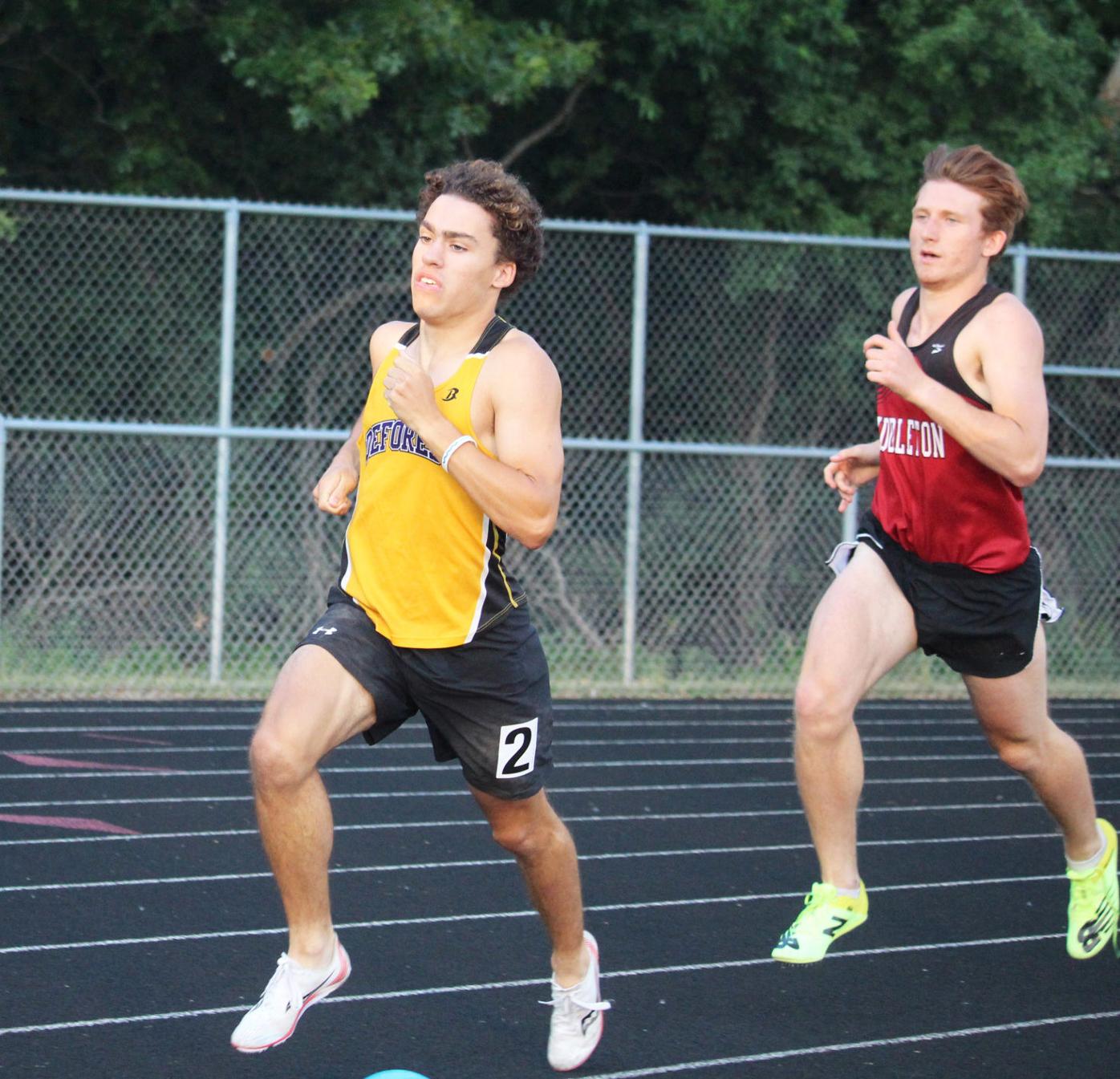 ABOVE: Jackson Grabowski had the only individual conference title for the DeForest boys track team this spring. He claimed a crown in the 800. BELOW: Ferris Wolf was one of four Norskies to qualify for the state meet individually. 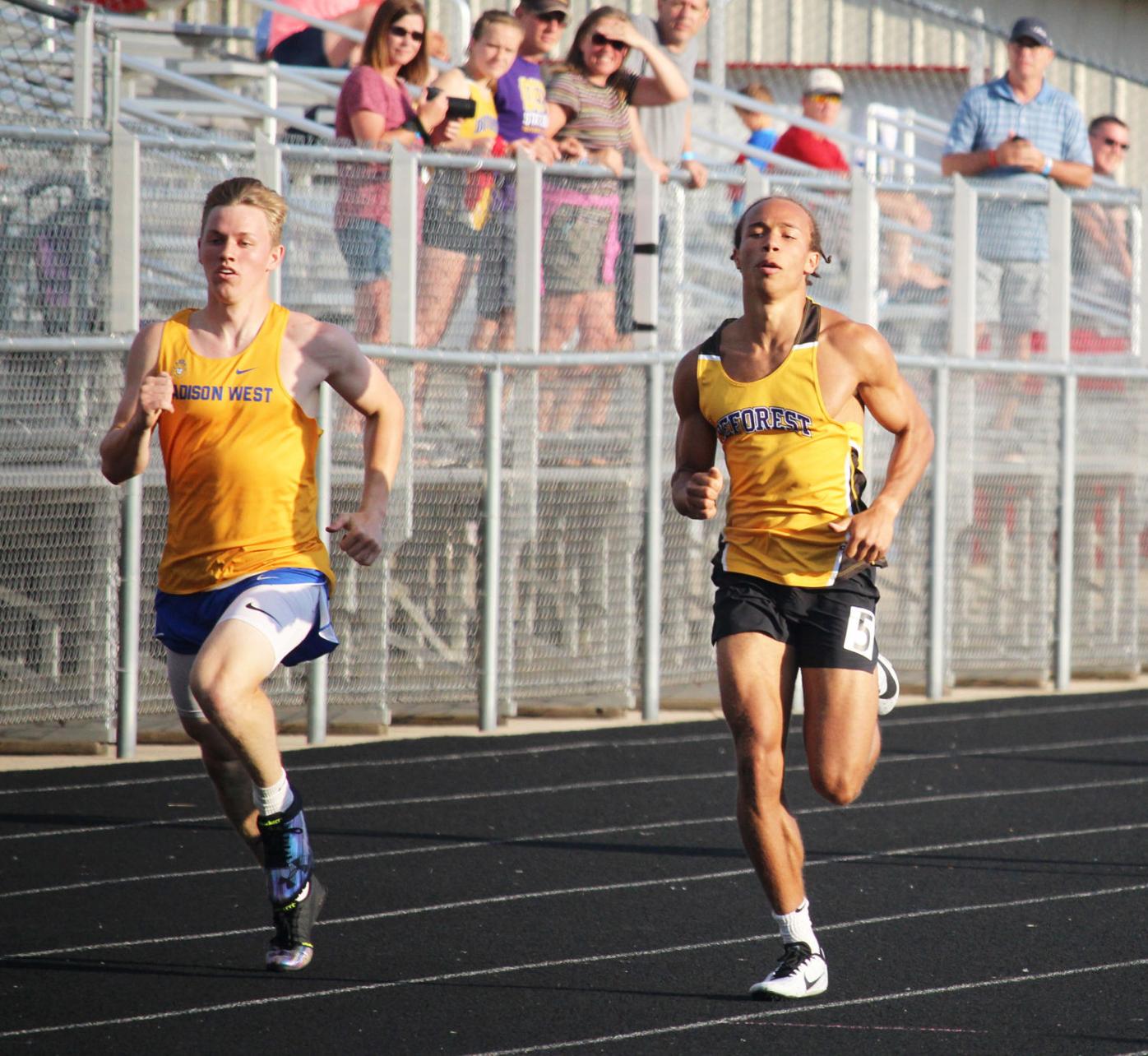 Caleb Ekezie(right) led the DeForest boys track team at the state meet with a 15th-place finish in the 400. 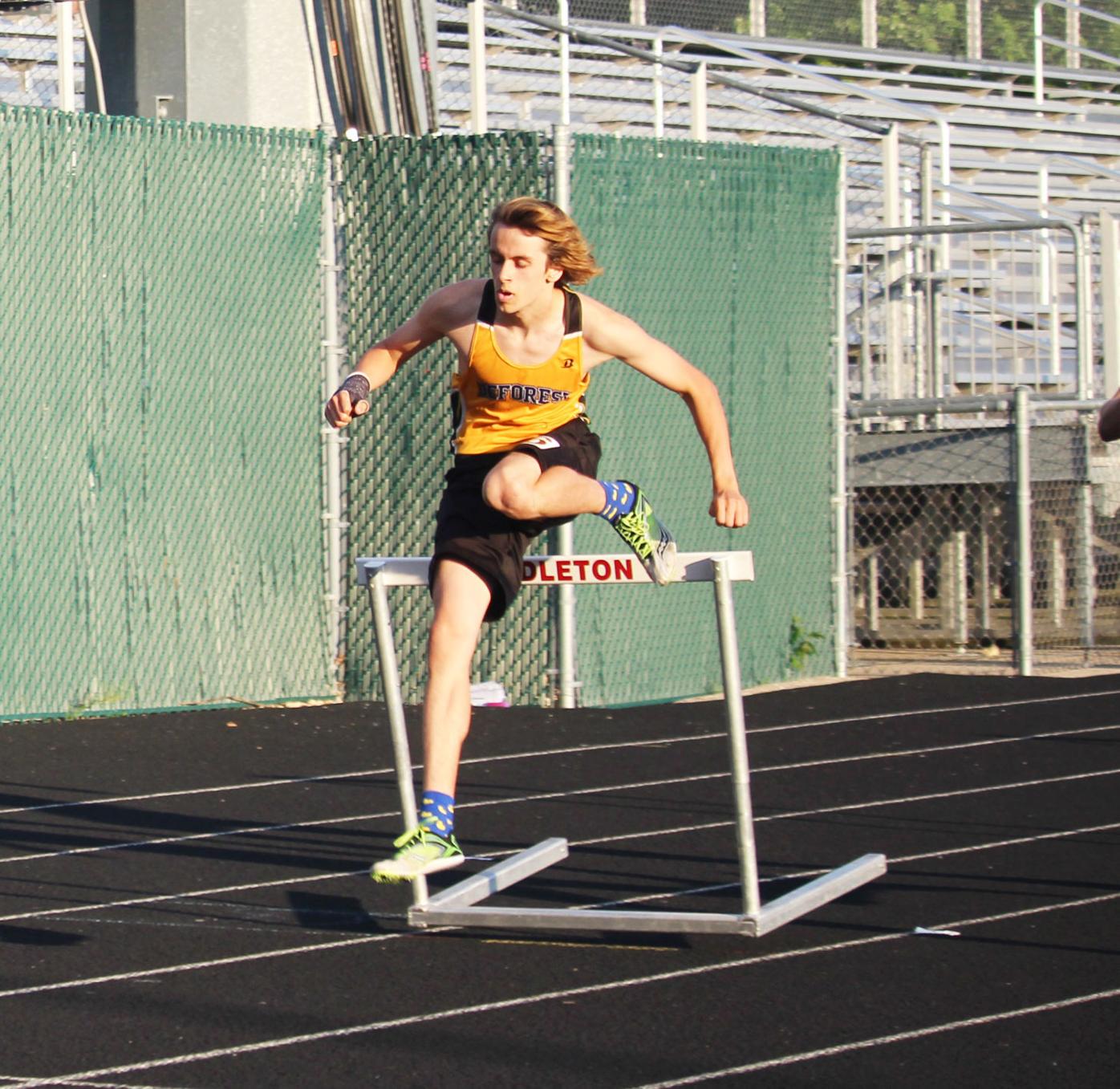 Ferris Wolf was one of four Norskies to qualify for the state meet individually.

ABOVE: Jackson Grabowski had the only individual conference title for the DeForest boys track team this spring. He claimed a crown in the 800. BELOW: Ferris Wolf was one of four Norskies to qualify for the state meet individually.

Caleb Ekezie(right) led the DeForest boys track team at the state meet with a 15th-place finish in the 400.

Ferris Wolf was one of four Norskies to qualify for the state meet individually.

A year away from competition did little to slow down the DeForest boys track and field team. The Norskies captured another Badger North Conference title and had one of the best postseasons in program history.

“The boys track season was a great success for our program and our kids,” DeForest coach Joe Parker said. “Winning a second consecutive conference title after losing some key players from the 2019 team and qualifying a record number of events to the state meet are two obvious measures of that success, but the more meaningful one was the opportunity to return to competition after the year lost. While we were smaller, it gave our coaching staff an opportunity to get to know every athlete and help them progress in their development.”

Because of the ongoing pandemic and the alternate fall season, the Norskies had a late start to the season. They then had to navigate through a season filled with restrictions and protocols.

“The biggest challenge was replicating high levels of competition in a dual/triangular meet format,” Parker said. “It was not until our home invite that we got to compete against more that four teams and that depth of competition is hard to replicate. Our kids did a really nice job of rising to the occasion when the opportunity was there.”

DeForest opened the season by splitting a home triple dual with Fort Atkinson and Milton.

The Norskies then dropped their first Badger North Conference dual to Waunakee. They followed it up by finishing third at the Watertown Triangular.

DeForest started to pick up momentum after winning a quadrangular it hosted against Oregon, Mount Horeb and Sauk Prairie.

The Norskies continued to pick up the pace by winning a triangular in Portage.

After a great dual meet in Waunakee, DeForest closed out the regular season by winning a triangular in Baraboo.

“Winning the final Badger North Conference title at home was the highlight of the season,” Parker said. “Winning three of the four relays at conference and getting two of those to the state meet is what helped me to decide naming the relays as our team MVP.”

The Norskies followed up the conference crown by placing fourth at both the WIAA Middleton Regional and Memorial Sectional.

Deven Magli, Ferris Wolf, Caleb Ekezie and Jackson Grabowski all quailed for state for the Norski boys, along with two relays.

Caleb Ekezie had the highest finish at the state meet. He was 15th in the 400.

“We had such a range of diverse experience with this group,” Parker said. “We had four-year athletes who qualified for the state meet as a capstone achievement for their careers all the way to a senior that got a hold of me with only four weeks left in the season to see if he could come out because his friends convinced him. What is important to me is that I felt like all of these guys got something out of this year. Whether they just wanted to have a good time with their buddies, be a part of a team and a sport that they knew very little about, or had goals that they continued to work towards over the course of their careers, this senior class has a lot to be proud of.”

The Norskies will return a good core of athletes next season and should be in the mix for another conference title.

“We have a core of talent coming back for the 2022 season,” Parker said. “It will be difficult to judge where we will fall in the new Badger East until next year’s season is halfway through. We will need to recruit underclassmen as the lost two years of middle school track will not have helped us at all.”