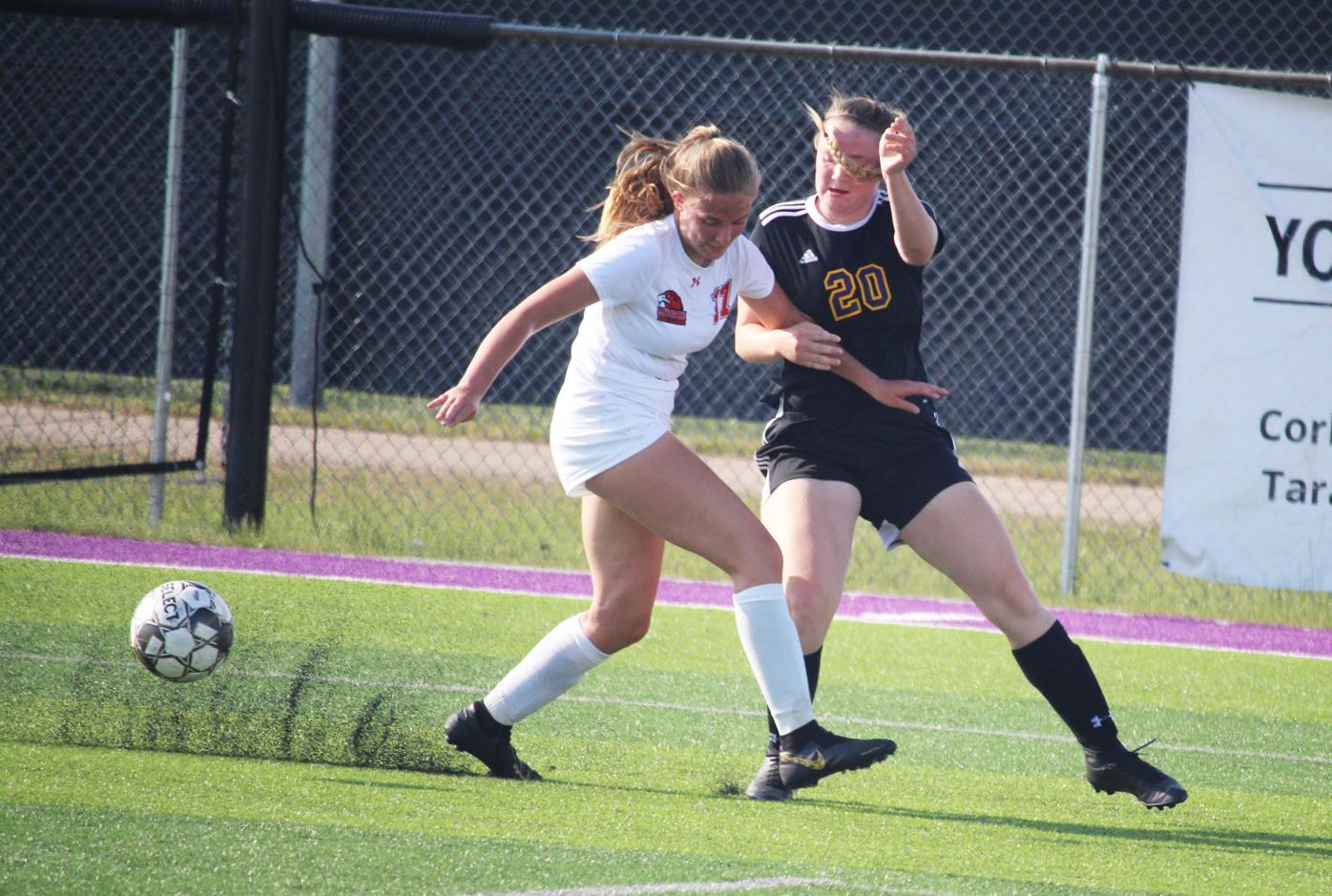 DeForest’s Ellie Doucette and Milton’s Mackenzie Deuel battle for a ball during the first round of the WIAA Division 2 playoffs. 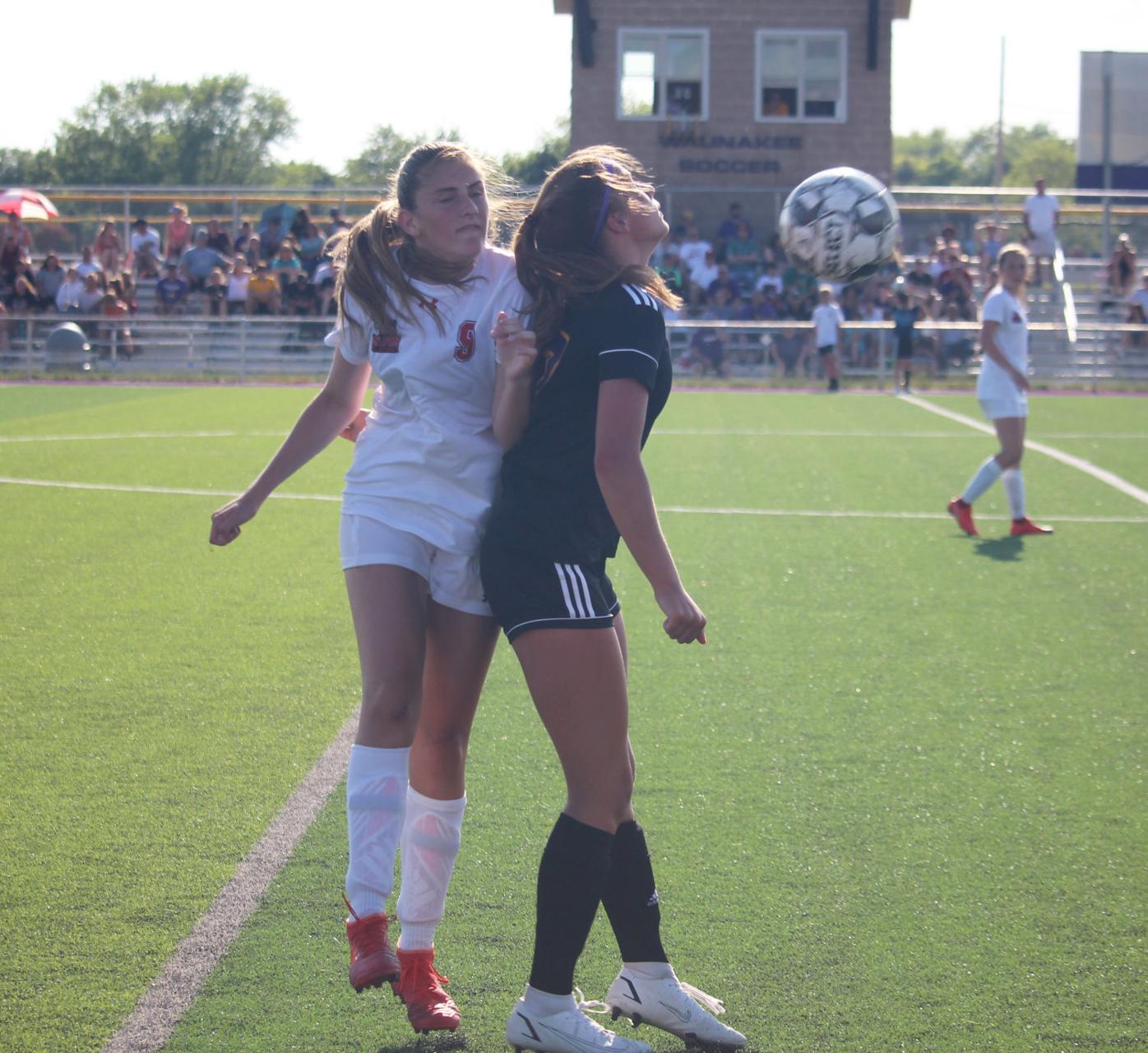 The Norskies’ Elyse Snortum (right) ties to stop the ball against Milton. 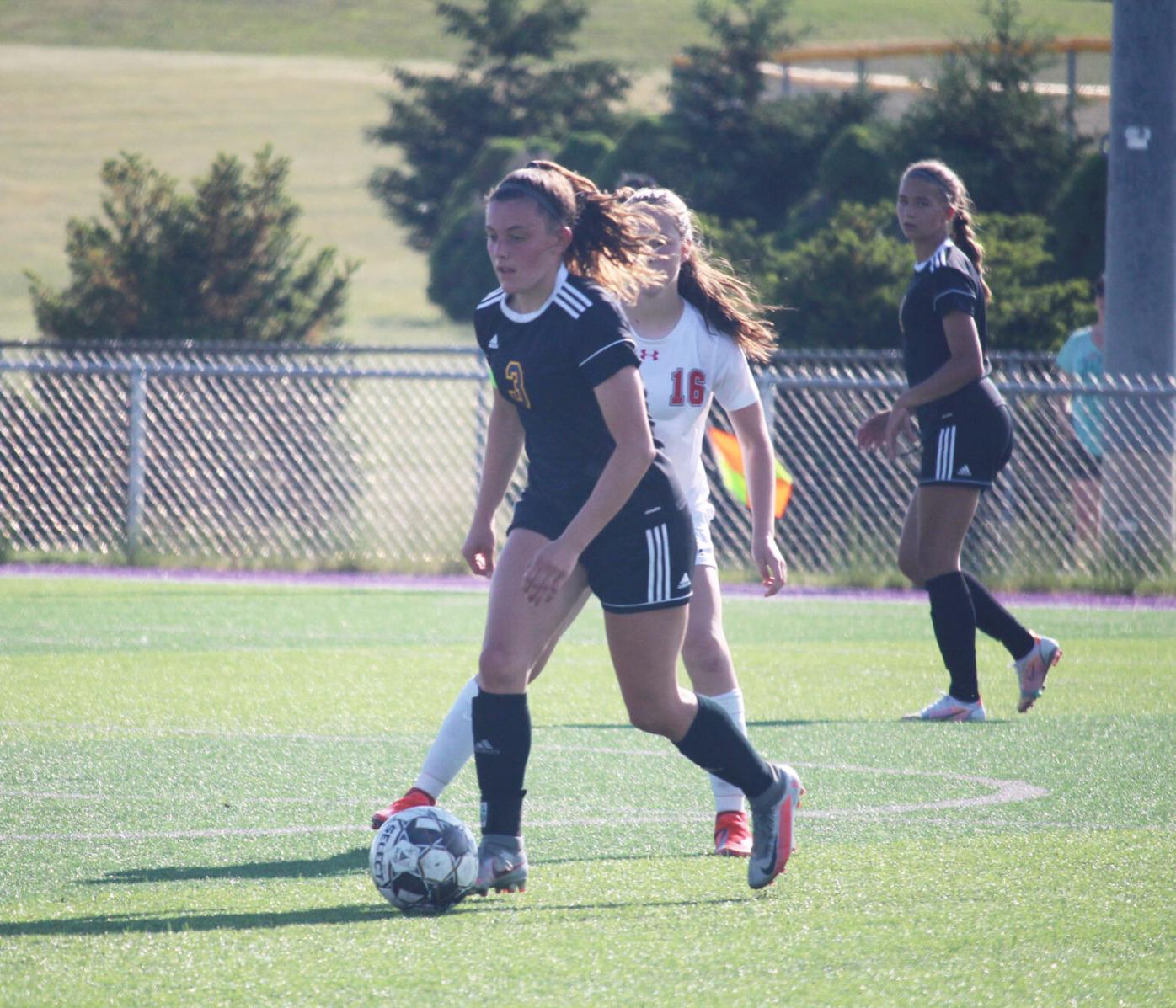 Jessica Camarato had a goal during DeForest's 4-0 regional-opening win over Milton last week. 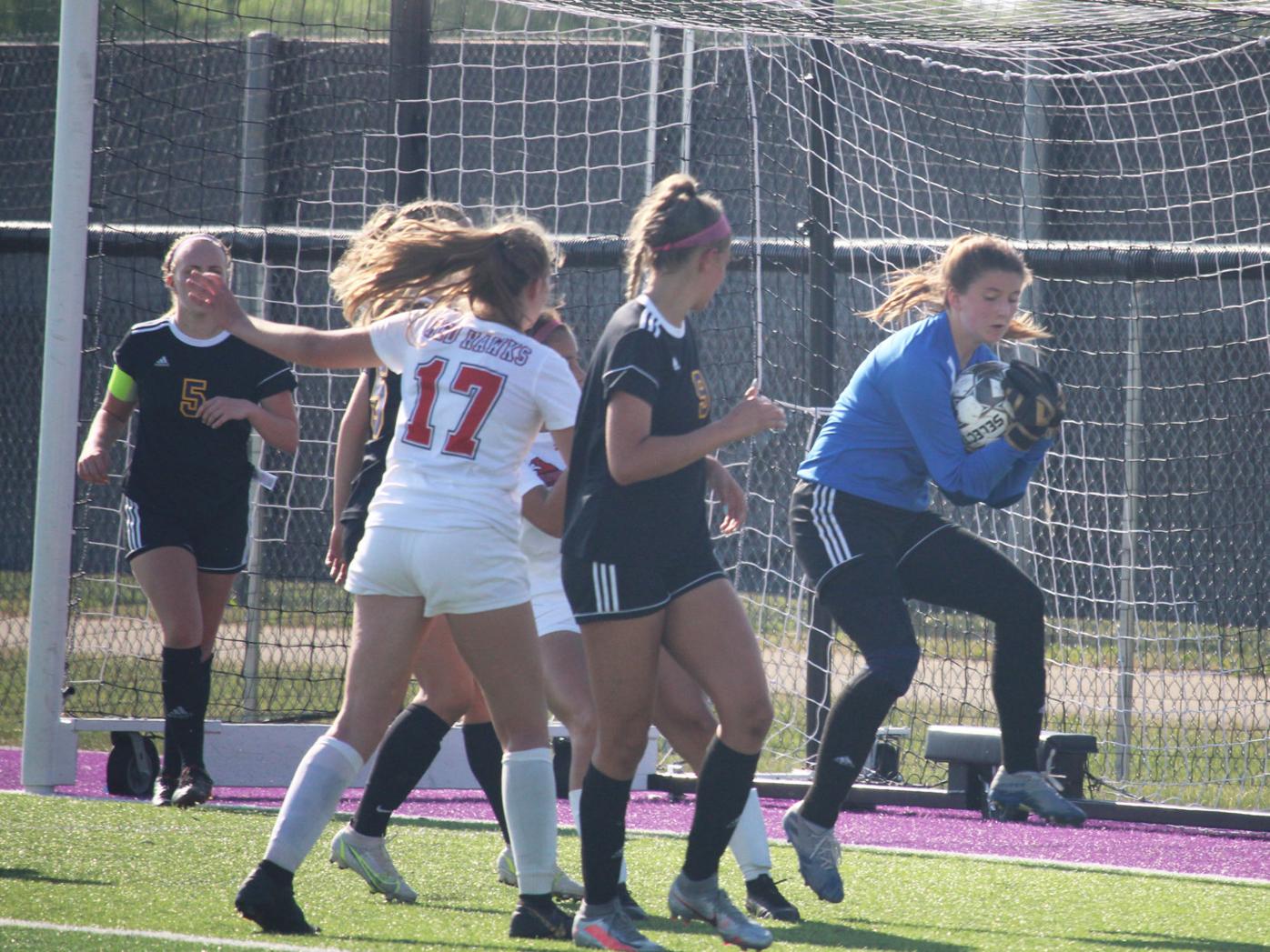 DeForest’s Ellie Doucette and Milton’s Mackenzie Deuel battle for a ball during the first round of the WIAA Division 2 playoffs.

The Norskies’ Elyse Snortum (right) ties to stop the ball against Milton.

Jessica Camarato had a goal during DeForest's 4-0 regional-opening win over Milton last week.

Thanks to a great defensive effort, the DeForest girls soccer team opened the WIAA Division 2 playoffs with back-to-back shutouts to win a regional title.

The Norskies earned their second straight regional crown after blanking both Milton and Monona Grove.

Second-seeded DeForest opened regional play with a 4-0 victory over seventh-seeded Milton in Waunakee on June 8.

“Milton was very much a game of surviving the heat,” DeForest coach Tim Esser said. “Short shifts and a lot of subbing was the game plan. I don’t think playing at 7 p.m. would’ve helped much with the temperature, but playing at 4:30 p.m. was pretty tough on both teams having to deal with the sunlight in addition to the heat/humidity. We took Wednesday off just to recoup from what was one of the hotter games we’ve ever been involved in.”

The Norskies improved to 13-2-1 with the victories.

Norski goalie Meta Fischer earned her 10th shutout of the season in the regional opener.

DeForest got on the scoreboard with a goal by Rylan Oberg six minutes into the contest. Elyse Snortum had the assist.

Just before the first half came to an end, the Norskies went up 2-0 on a goal by Jessica Camarato, thanks to an assist by Maya Pickhardt.

Oberg scored her second goal of the game 13 minutes into the second half off an assist by Pickhardt.

Oberg completed the hat track in the 79th minute. Lexi Kulow had the assist.

DeForest had another great defensive effort against Monona Grove and Fischer garnered her 11th shutout.

“The Monona Grove game was a rematch from the first game of the season when we beat them 2-1,” Esser said. “In the first 45 minutes, we just hung on as MG had the wind in addition to just being a more aggressive team. Our defense of Mallory (Taylor), Karina (Kuzdas), Bree (Wilkinson), Amber (Westra), Jess (Camarato) and Meta (Fischer) did a heck of a job to weather the storm during that first half of play. At half, we talked about regaining some of the possession that was missing in the first half. Our players did a great job with the halftime advice from the coaches and gradually regained control of the game as the second half progressed.”

The game was scoreless at halftime.

DeForest scored the game-winning goal during the 75th minute. Oberg scored from 30 yards out after a great pass by Pickhardt.