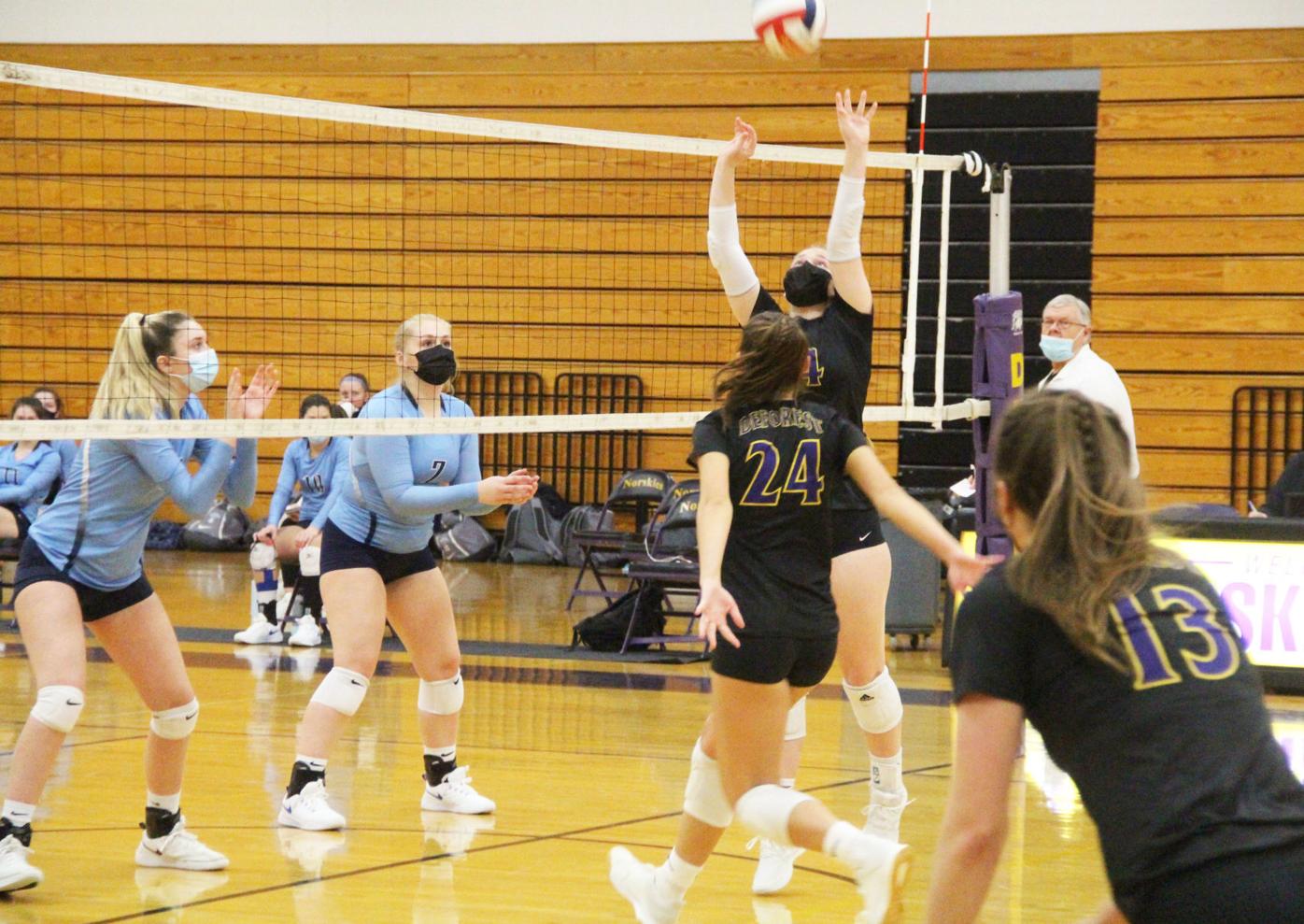 DeForest’s Ellie Doucette sets a ball at the net against Monona Grove. 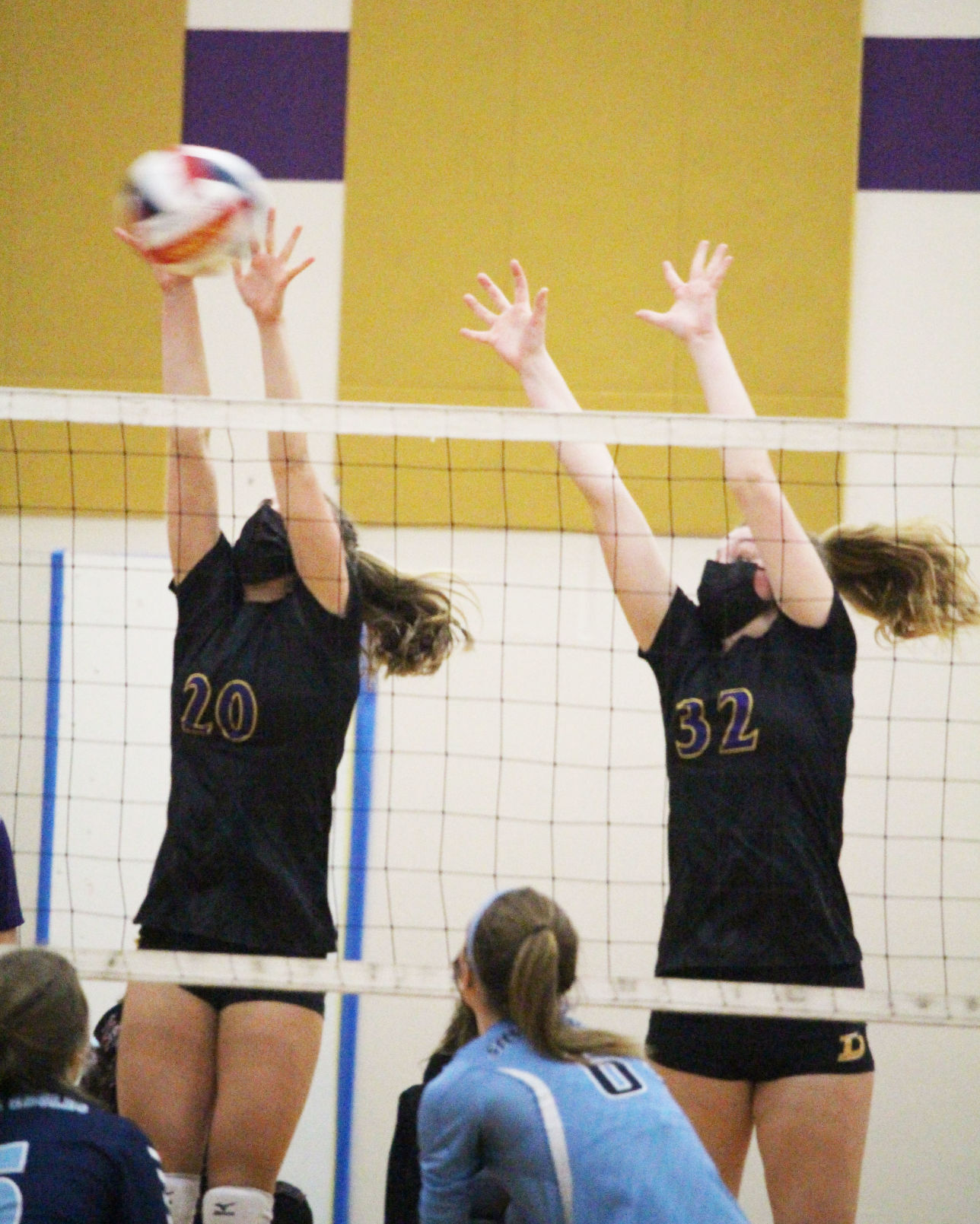 DeForest's Abigail Eiselt and Morgan Hahn go up for a block against Monona Grove. 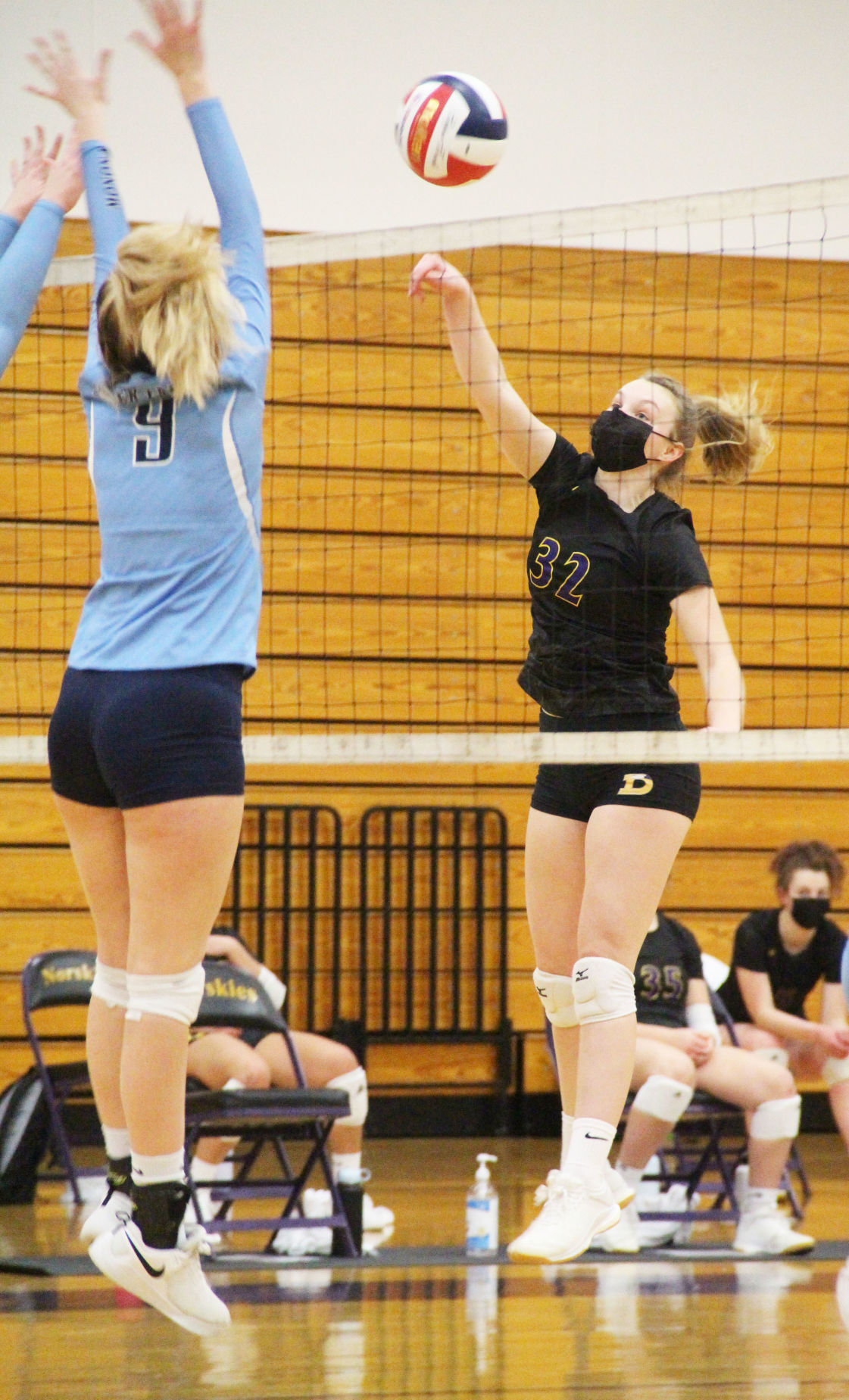 DeForest’s Ellie Doucette sets a ball at the net against Monona Grove.

DeForest's Abigail Eiselt and Morgan Hahn go up for a block against Monona Grove.

The DeForest prep volleyball team is in the midst of a remarkable run. The Norskies scored shutouts over Monona Grove, Middleton and Oregon last week.

The Lady Norskies have won five straight matches and all of them have been shutouts.

In the first indoor sporting event at DeForest Area High School in over a year, the Norskies blanked visiting Monona Grove 3-0 on March 23.

The Lady Norskies capped off the impressive week with a 3-0 victory over visiting Orgon on March 25.

DeForest is off to a 6-2 start this season.

The Norskies next seven matches will be on the road, starting with a 7 p.m. contest in Mount Horeb on April 6.

In the dominating performance, DeForest won all three games by at least six points.

The first game was the closest of the night. The Norskies prevailed 25-19.

The Lady Norskies had all the momentum in Game 2 and cruised to a 25-14 win.

Deforest completed the sweep with a 25-17 decision in Game 3.

Kendall Rauls and Doucette combined for 33 assists in the win.

The Lady Norskies continued to build momentum against Middleton.

DeForest set the tone with a 25-18 win in the opening game.

DeForest ended the night early with a 25-20 victory in Game 3.

Elvekrog and Rauls both had four aces. The duo also recorded 19 and 10 digs, respectively.

The Norskies had their most dominant win of the week against Oregon.

DeForest dictated the pace in the first game and came away with a 25-14 win.

The second game was all Lady Norskies. They erupted for a 25-6 victory.

The Norskies were just as impressive in a 25-12 triumph in Game 3.

Compe had a team-high 11 kills, while Rauls helped the offense with 18 assists.

Doucette came away with five aces, while Elvekrog added four.