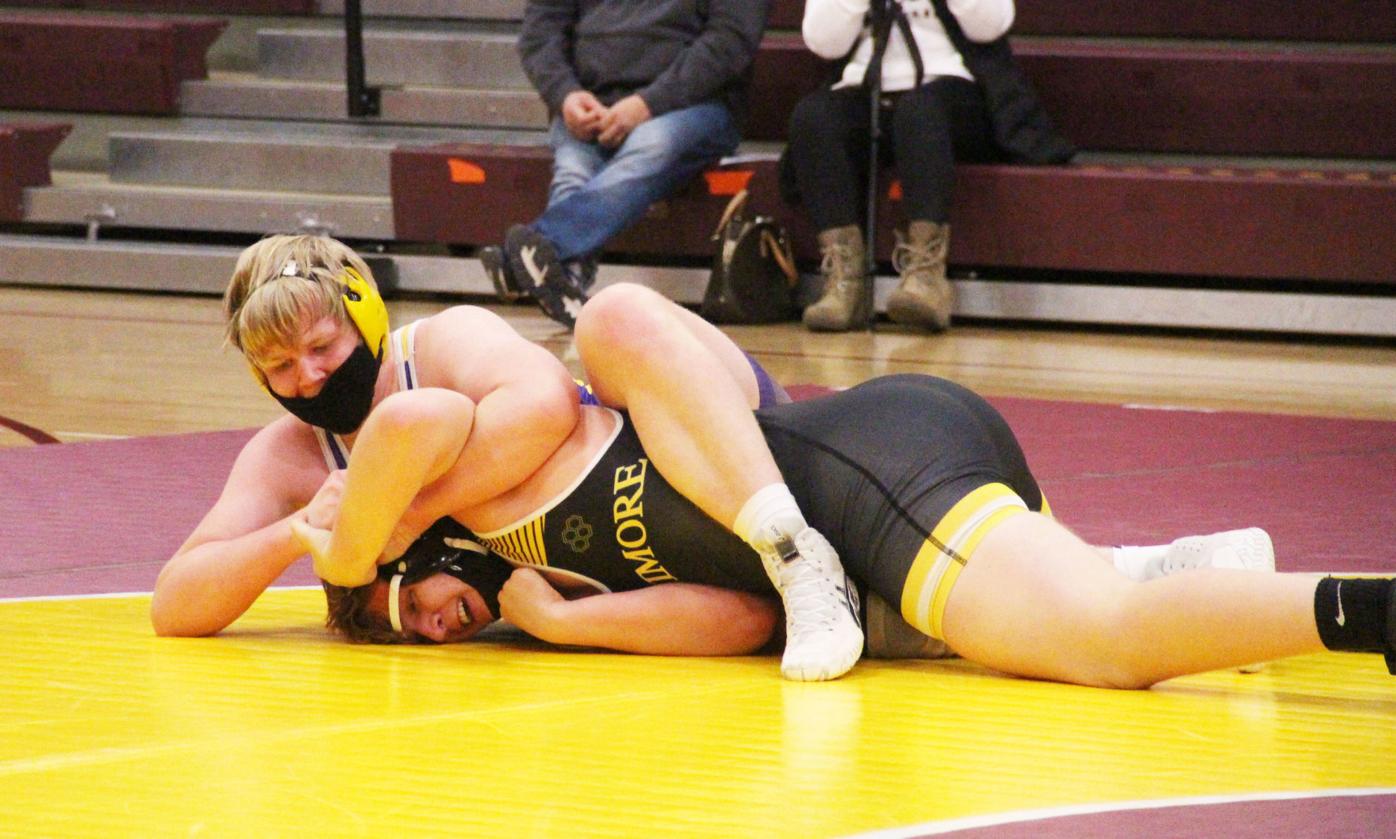 Senior 220-pounder Jack Barske was one of three Norskies to earn a win in the season opener against Fennimore. He pinned Cameron Winkers in the third period after falling behind 7-2. 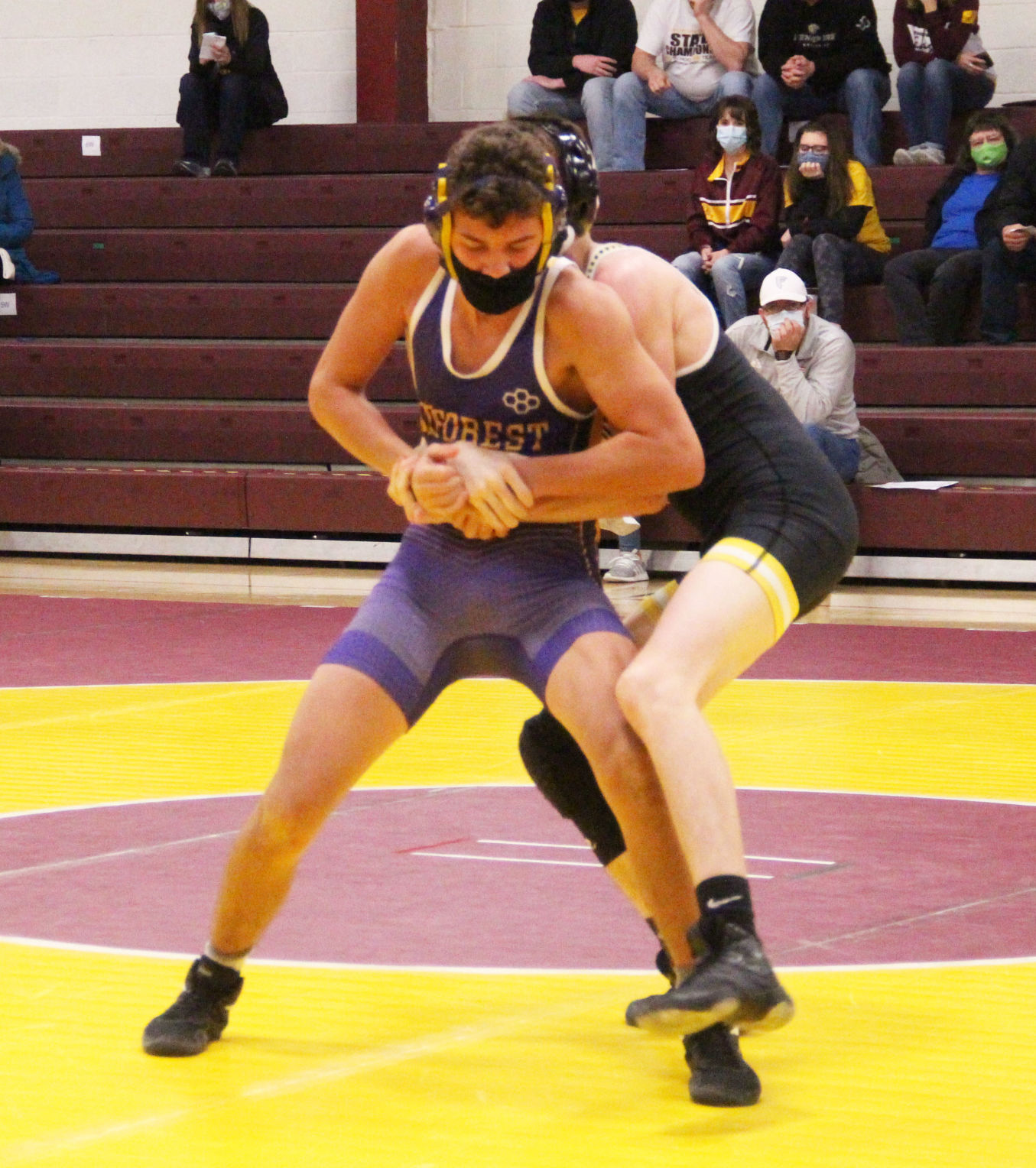 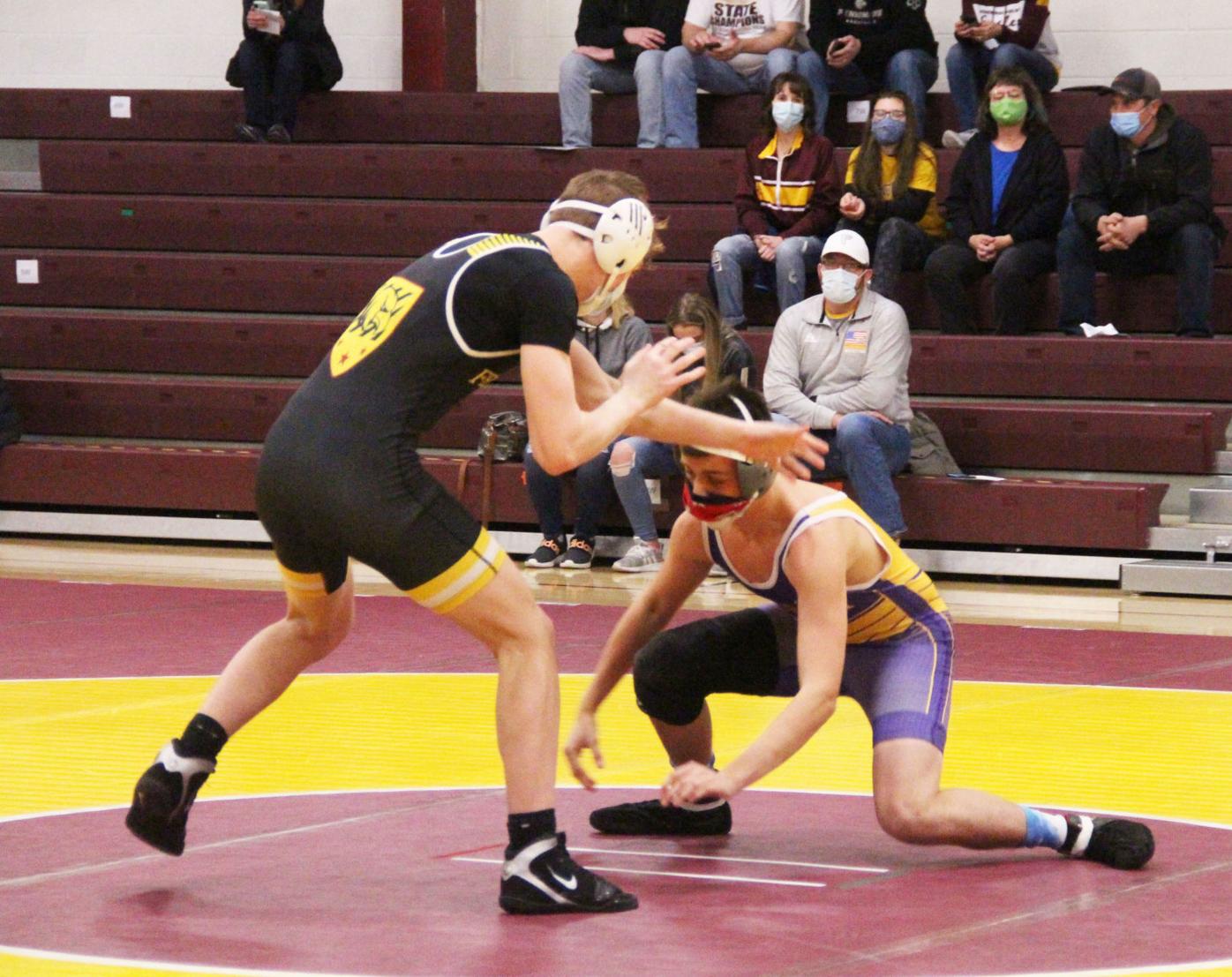 Senior 220-pounder Jack Barske was one of three Norskies to earn a win in the season opener against Fennimore. He pinned Cameron Winkers in the third period after falling behind 7-2.

After delaying the start of the season, the DeForest prep wrestling team kicked off the 2020-2021 campaign with a non-conference dual in Fennimore on Jan. 6.

“It was great to get back at it,” DeForest coach Tyler Rauls said. “It is not just being able to wrestle in a meet, but also everything that goes with it. It is great to take that first bus trip and start building a bond as a team.”

The Norskies faced a tough opening challenge against the Golden Eagles, who are ranked sixth in Division 3.

“We faced a very seasoned team,” Rauls said. “They have been in the running for a state title the last four, five or six years. I don’t know where they will be this year, but they have a great culture.”

“As a young team, we had intensity at the beginning, but then things kind of snowballed on us,” Rauls said. “Experience is a factor for us.”

The Norskies got on the scoreboard at 170, as defending state place finisher Brody Hemauer pinned Cameron Wolf in 1:12.

“He never stops and is very committed to wrestling,” Rauls said. “He has been training and training and this is what he looks forward to.”

DeForest’s second win came at 220 pounds. The Norskies’ Jack Barske trailed 7-2 when he fought off his back to pin Cameron Winkers.

“That was a big win for him,” Rauls said. “He couldn’t wrestle last year because of an injury, so to have him get back on the mat and get a win was fantastic. He puts in the work every day, so I’m happy for him.”

Fennimore garnered wins in the next six weight classes to put away the dual.

Heavyweight Wyatt Miles started the run for the Golden Eagles by sticking Jagger Lokken in 3:36.

Fennimore 106-pounder Ian Crapp came away with a fall in 1:39 against Logan Ohrt.

The Golden Eagles went up 60-12 when 132-pounder Jayden Glasbrenner pinned Tucker Schmidt in 2:42.

The Norskies had 138-pounder Luke Barske receive a forfeit for their final win of the night.

There was a double forfeit at 145 pounds to close out the dual.

The Norskies will be back on the mat on Jan. 13. They will travel to Milton to face the Red Hawks and Monona Grove starting at 6:15 p.m.

DeForest will close out the regular season on Jan. 23 with a quadrangular in Baraboo starting at 10 a.m.