DeForest’s boys cross country team takes off from the starting line during the second of three Division 1 boys races at the WIAA State Cross Country Championships at Arrowhead High School on Saturday. 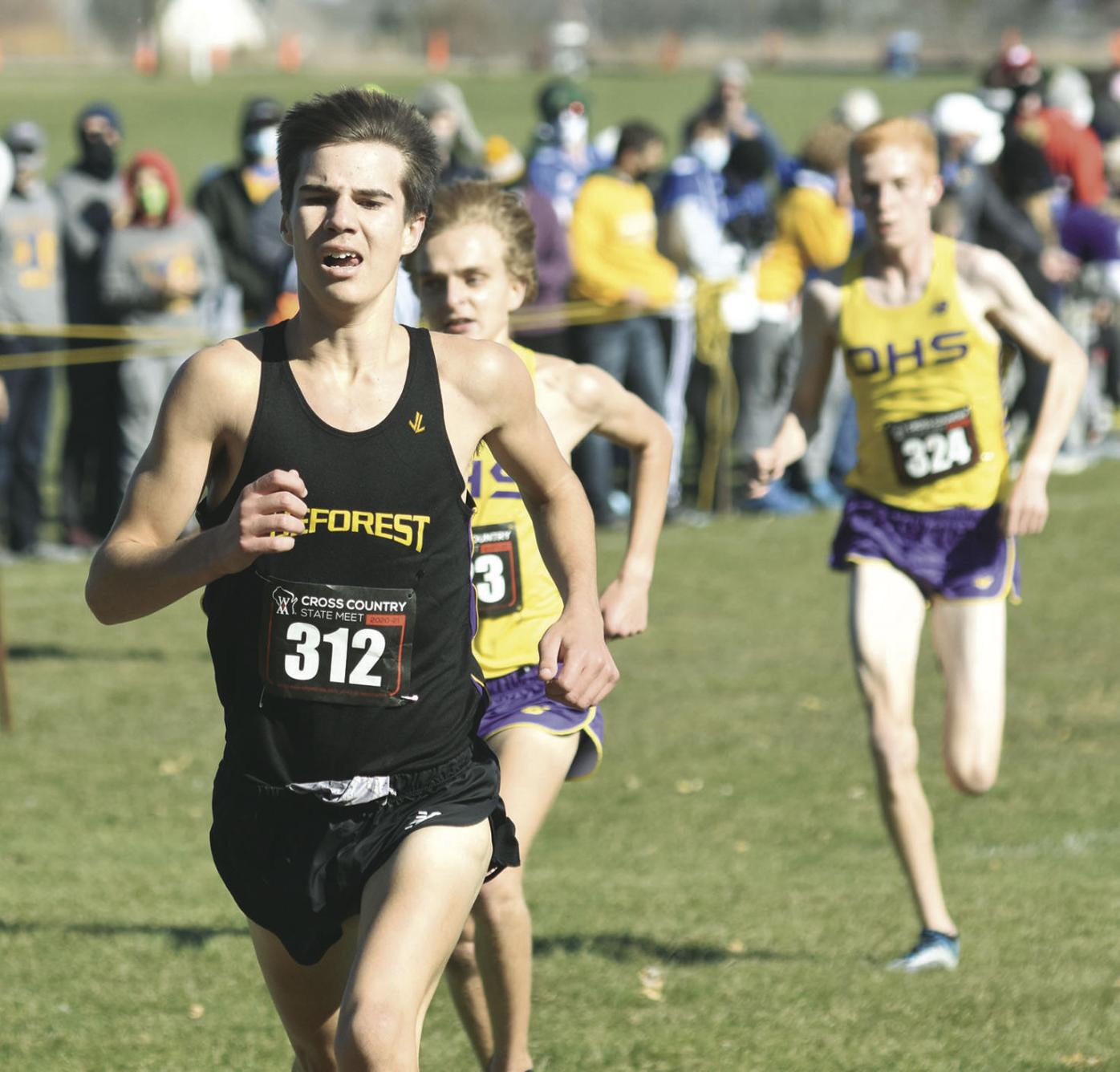 DeForest’s boys cross country team takes off from the starting line during the second of three Division 1 boys races at the WIAA State Cross Country Championships at Arrowhead High School on Saturday.

After a regular season filled with adversity, the DeForest boys cross country team faced some more on the final day of the 2020 season. Competing in their first WIAA state meet since 1999, the Norskies had the battle the wind and cold temperatures along with a talented field at the WIAA Division 1 state meet in Arrowhead on Halloween.

“The wind became an even bigger deal in the small field,” Norski coach Joe Parker said. “Any gap that started to open up quickly became huge. The guys really took an aggressive approach to the first 1,000 meters, which tells me they understood the intensity needed to perform at that level. Unfortunately, some suffered because of it.”

When the three sections were completed and the times and scores were added up, DeForest finished in 11th place with 233 team points.

Sophomore Isaiah Bauer was the top runner for the Norskies. He finished 30th overall with his time of 16 minutes, 37.3 seconds, which put him 16th among team scoring runners.

“Isaiah had a great last mile to finish 30th overall from all sessions, a great accomplishment for a sophomore,” Parker said. “He was the only one that saw any time dropped from the sectional meet, but that was not uncommon with the wind.”

Junior Elijah Bauer was the second Norski to finish the race. He placed 62nd overall and scored 36 team points after finishing in 17:14.4.

Junior Jackson Grabowski was the final scoring runner for the Norskies. His time of 18:18.0 put him 100th overall and 70th among scoring runners.

The state meet wrapped up the 2020 season for the Norskies and Parker was very pleased with how it went.

“As far as the entire season, the program started the season with 30 runners navigating the new protocols and safety measures necessary to complete the season healthy,” Parker said. “Meets took on an entirely different look with most of our starting lines paired down from the hundreds we were used to at some meets, to as few as two runners starting at a time. The term ‘Wave Starts’ was introduced as a means to adapt to local and WIAA regulations. In the end, 98 percent the guys ran lifetime-bests, a measure of their ability to focus on what they could control in an otherwise difficult period to navigate school, sports and social interactions.”

The Norskies really excelled in the WIAA postseason.

“Without a conference championship, the team could still measure their success with the sub sectional and sectional titles that eventually earned them a trip to the state meet,” Parker said. “We had a great group of Senior leaders that I will miss dearly, but there remains a core of individuals that are ready to fill those leadership shoes.”