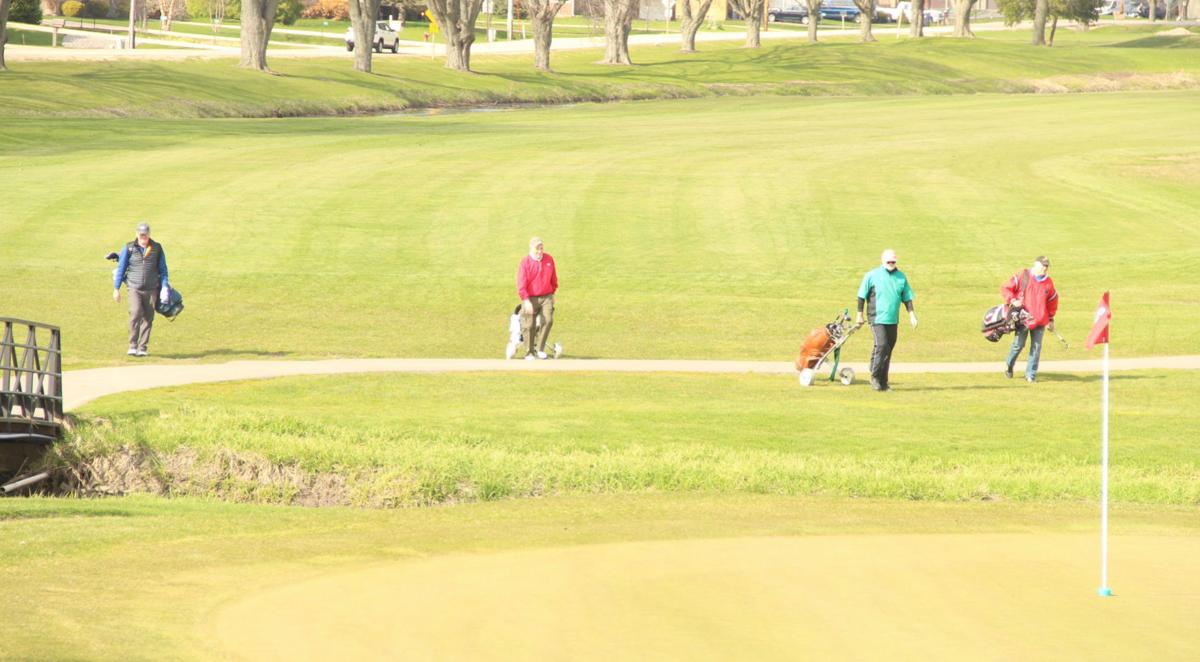 ABOVE: Golfers practice social distancing during their rounds at Lake Windsor Country Club last Friday. It was the first day the course opened after Governor Tony Evers made changes to his Safer-at-Home order. LEFT: Jordan and Mike Maves enjoyed a round of golf last Friday. 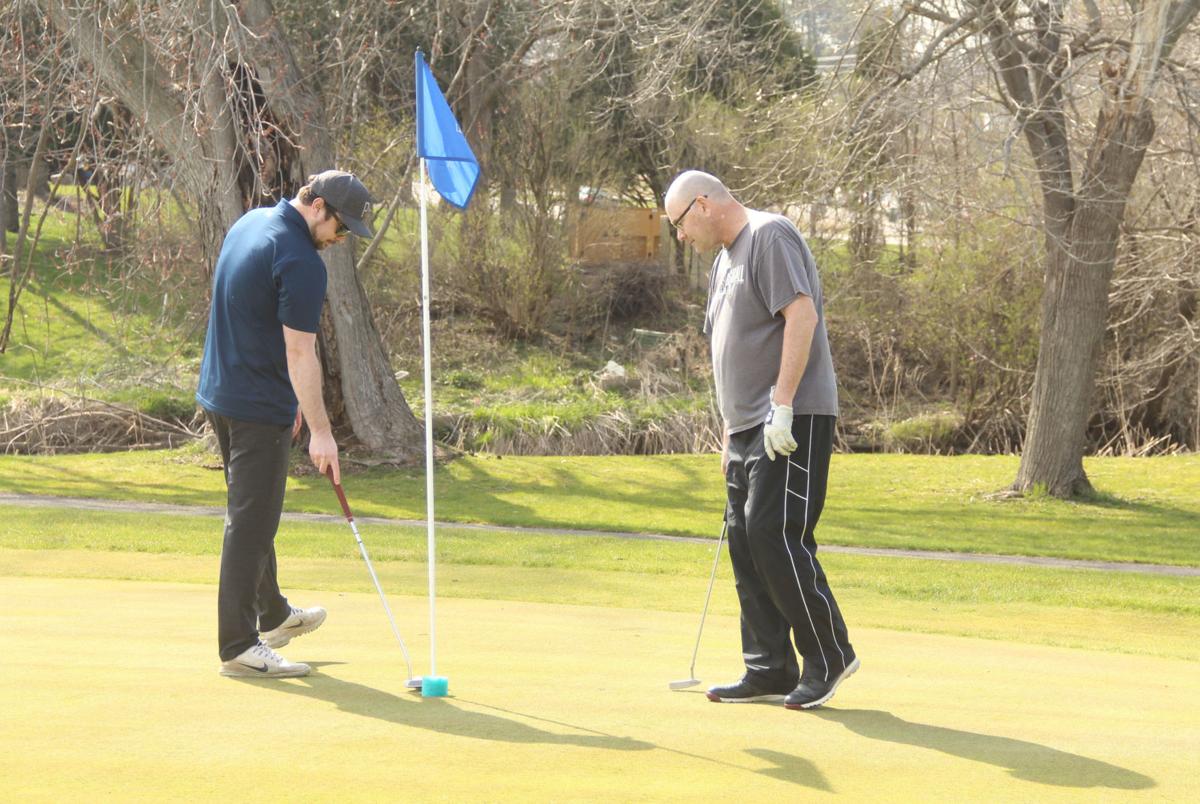 Jordan and Mike Maves enjoyed a round of golf at Lake Windsor Country Club last Friday.

ABOVE: Golfers practice social distancing during their rounds at Lake Windsor Country Club last Friday. It was the first day the course opened after Governor Tony Evers made changes to his Safer-at-Home order. LEFT: Jordan and Mike Maves enjoyed a round of golf last Friday.

Jordan and Mike Maves enjoyed a round of golf at Lake Windsor Country Club last Friday.

The world got back to normal a little bit last Friday, at least for golf lovers. Governor Tony Evers made updates to his Safer-at-Home order and allowed golf courses to open.

Lake Windsor Country Club was one of the courses that opened for play on Friday.

“We are excited to be open again,” Lake Windsor PGA Director of Golf Scott Mowatt said. “The course was packed on the first day.”

Lake Windsor was able to get the course ready and it was in excellent condition for Friday’s opening.

“We were ready to go,” Mowatt said. “We had a minimal staff up until last week, but once we got the word we could open, we got a bunch of staff back to work to get the course ready. The nice part was that we were ready to open before everything was closed, so it was not a hard adjustment.”

Lake Windsor Country Club is keeping its normal hours of operations, with tee times from 8 a.m. to 6 p.m. But, they are spacing out the tee times to avoid the congregating of groups.

“The biggest thing for us was adjusting tee times to spread people out,” Mowatt said.

Jordan Maves of Fitchburg and his dad, Mike, who came down from Wausau, were two of the golfers who hit the course at Lake Windsor on Friday.

“We had to get out here on the first day,” Jordan Maves said. “It felt really good to get out and play.”

The Maves’ felt safe on the course.

“There is no one around us, it is wide open. So, I feel safe,” Mike Mavis said. “They let you pay online, so you don’t even have to go inside to check in.”

In order to open up, Evers set up guidelines for courses. The guidelines have been changing even since last Friday.

Due to the guidelines, courses have had to make a few adjustments. There are no holes on the greens, instead golfers must get close to the pin. At first, only those with disabilities were allowed to use golf carts, but that has since been updated.

“Now anybody can get a cart, but it has to be a single rider unless the golfers come from the same house,” Mowatt said.

Lake Windsor is using a limited workforce at this time.

“We are scaled back a little bit on the golf side,” Mowatt said. “Those on our banquette side have not been able to work, so we are trying to find things for our team members to do on the course.”

Lake Windsor is offering a limited food and beverage menu and will bring it out to you. They had brought in portable toilets for the first few days, but after changes to the guidelines, they will open up the restroom inside for golfers.

Mowatt and the Lake Windsor staff received a small amount of calls about usage of the course over the last month, but that ramped up when Evers announced that courses could open.

“The phones started ringing off the hook once the announcement was made,” Mowatt said. “Before that, the hardest part was keeping people from walking, riding bikes and fishing on the golf course. That was tough.”

The Maves’ plan on getting more rounds in after enjoying their time on the course on Friday.

“I hate to say it, but I have been practicing in my living room for a while, but now I can get out and play when I want,” Mike Mavis said.