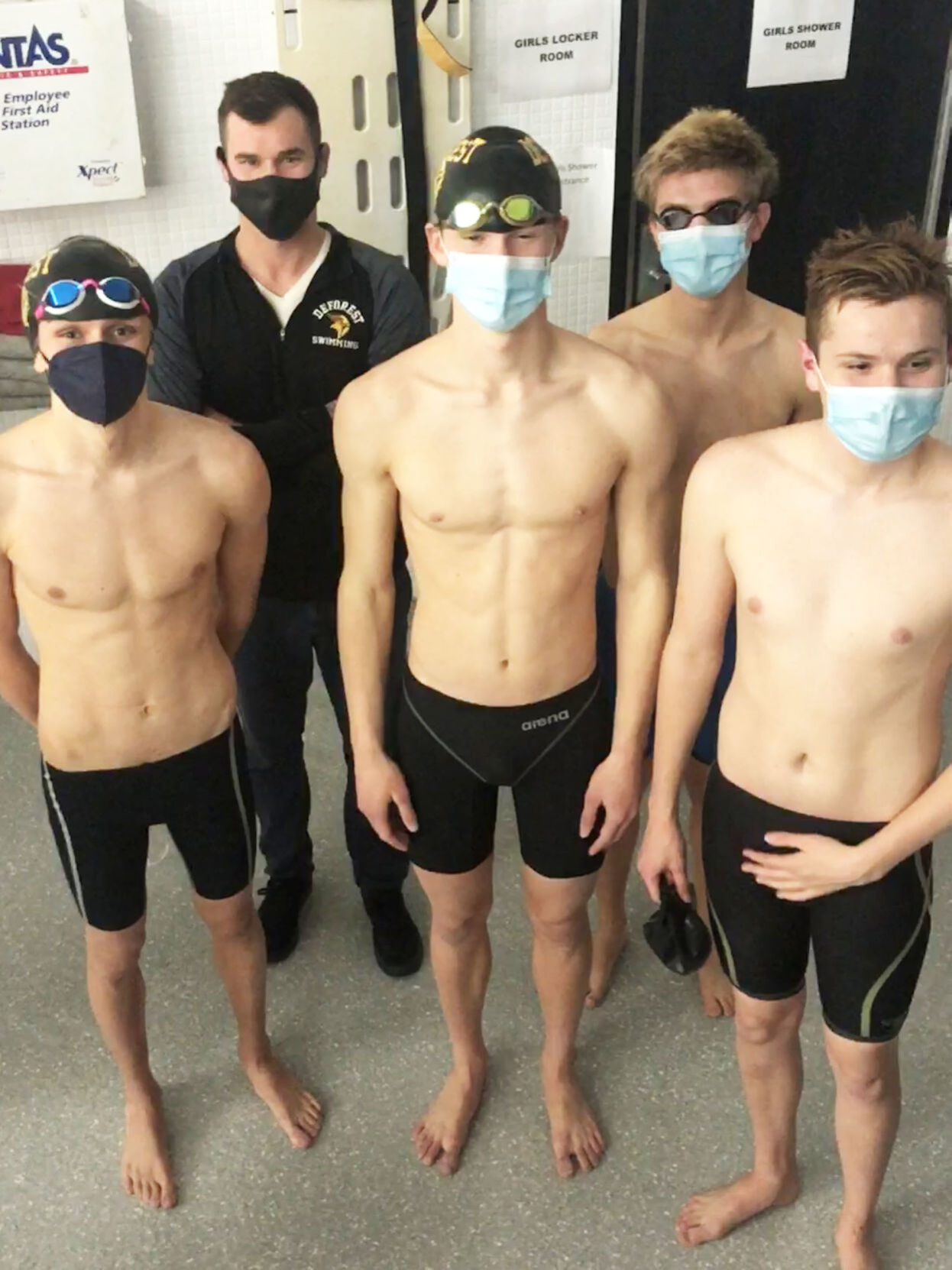 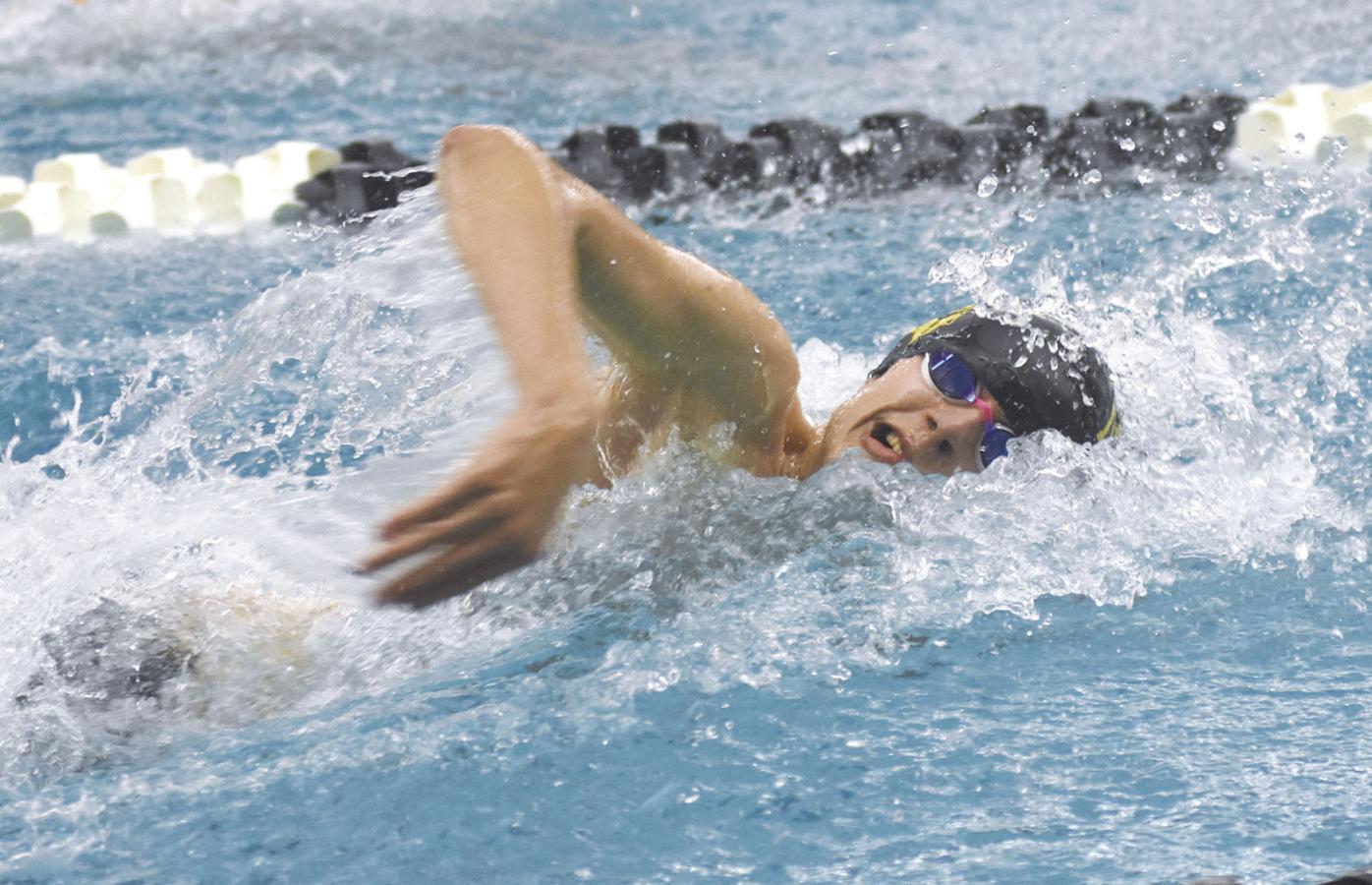 ABOVE: DeForest’s Ferris Wolf medaled in the 50 freestyle and 100 freestyle at last week’s WIAA Division 2 state meet. RIGHT: The Norskies’ Zak Nowakowski placed 14th in the 100 breaststroke at the state meet. 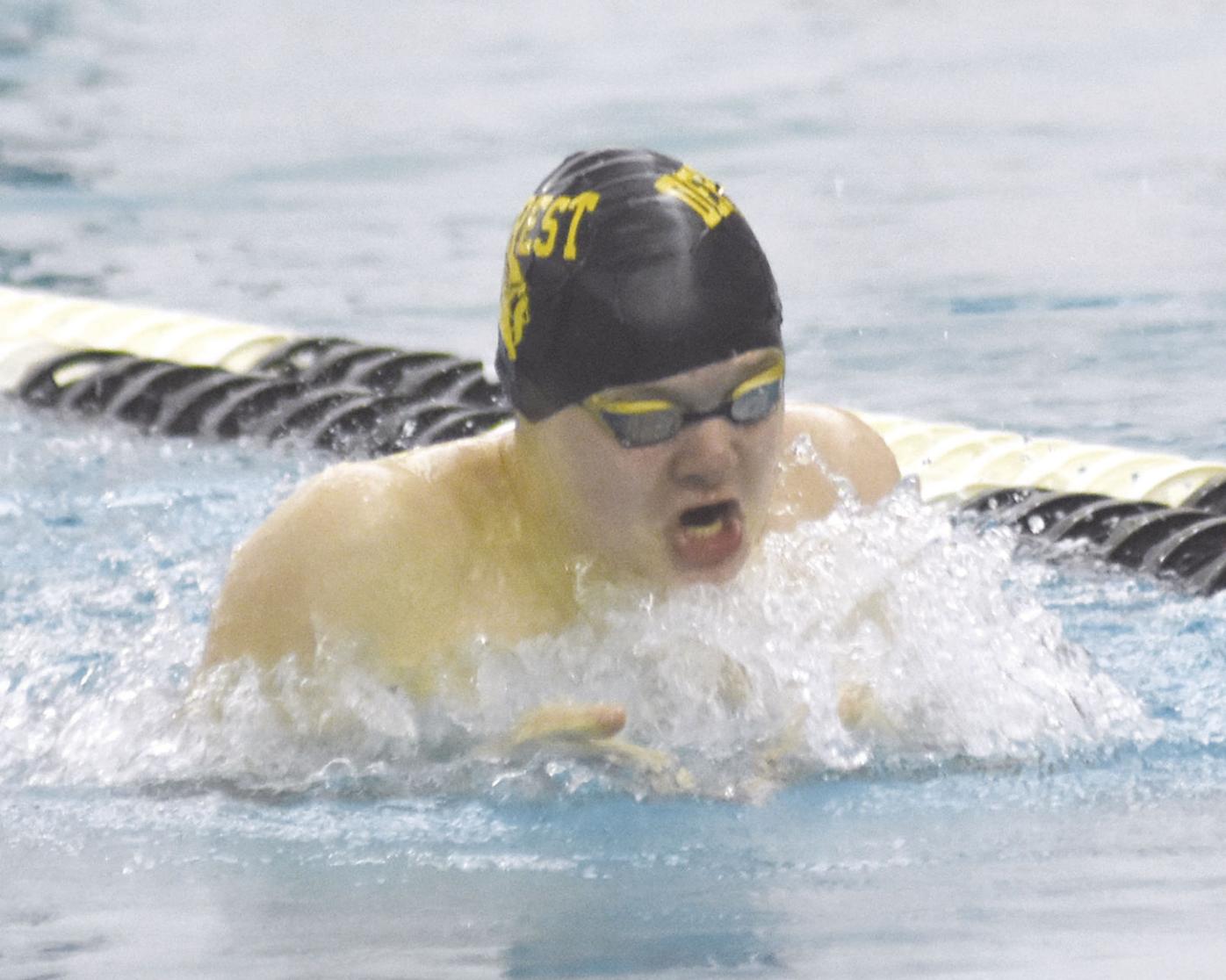 The Norskies' Zak Nowakowski placed 14th in the 100 breaststroke at the state meet.

ABOVE: DeForest’s Ferris Wolf medaled in the 50 freestyle and 100 freestyle at last week’s WIAA Division 2 state meet. RIGHT: The Norskies’ Zak Nowakowski placed 14th in the 100 breaststroke at the state meet.

The Norskies' Zak Nowakowski placed 14th in the 100 breaststroke at the state meet.

The DeForest boys swim team closed out the wild 2020-2021 season with a great showing at the WIAA Division 2 state meet last Saturday.

The Norskies finished the day with 35 points to finish in 16th place.

“Overall it was a really great way to end such a strange season,” DeForest coach Matt Engelhardt said. “We didn’t have a lot of race experience, but the guys took advantage of every opportunity they had in practice to improve.”

Because of restrictions, this year’s Division 2 state meet was moved from the UW-Madison Natatorium to Waukesha South High School.

Senior Ferris Wolf scored most of the team points for the Norskies as he came away with a pair of medals.

Wolf started the night by placing fifth in the 50-yard freestyle with his time of 21.96 seconds. A little while later, he placed sixth in the 100 freestyle after touching the wall in 48.36 seconds.

“Ferris had two huge time drops in the 50 and 100 freestyle,” Engelhardt said. “He was seeded seventh in both and had a goal of making top six and getting on the podium. The first heats in both races had some big time drops which meant he would have to swim really well. He ended up breaking 22 seconds in the 50 for the first time to finish fifth. In the 100, I was really happy with how aggressively he took out the first 50.”

“Zak Nowakowski had some huge time drops in his individual events at sectionals just to qualify,” Engelhardt said. “He slipped a little on his turn in the relay and had a little bit of a rough race in the IM, but I was really happy with how he bounced back in the 100 breaststroke. He dropped over a second in that event and broke 1:05, which was his goal.”

The night started with Nowakowski and Wolf joining forces with juniors Caden Herrick and Dylan King in the 200 medley relay. The foursome turned in a time of 1:47.03 to place 15th.

“Our medley relay dropped about a half second from their seed time and moved up one place to 15th,” Engelhardt said. “Caden Herrick had a lifetime-best split leading off, Ferris Wolf had a PR on the fly leg and Dylan King also went a season best time anchoring. It was some really good experience for Caden and Dylan swimming in their first state meet.”