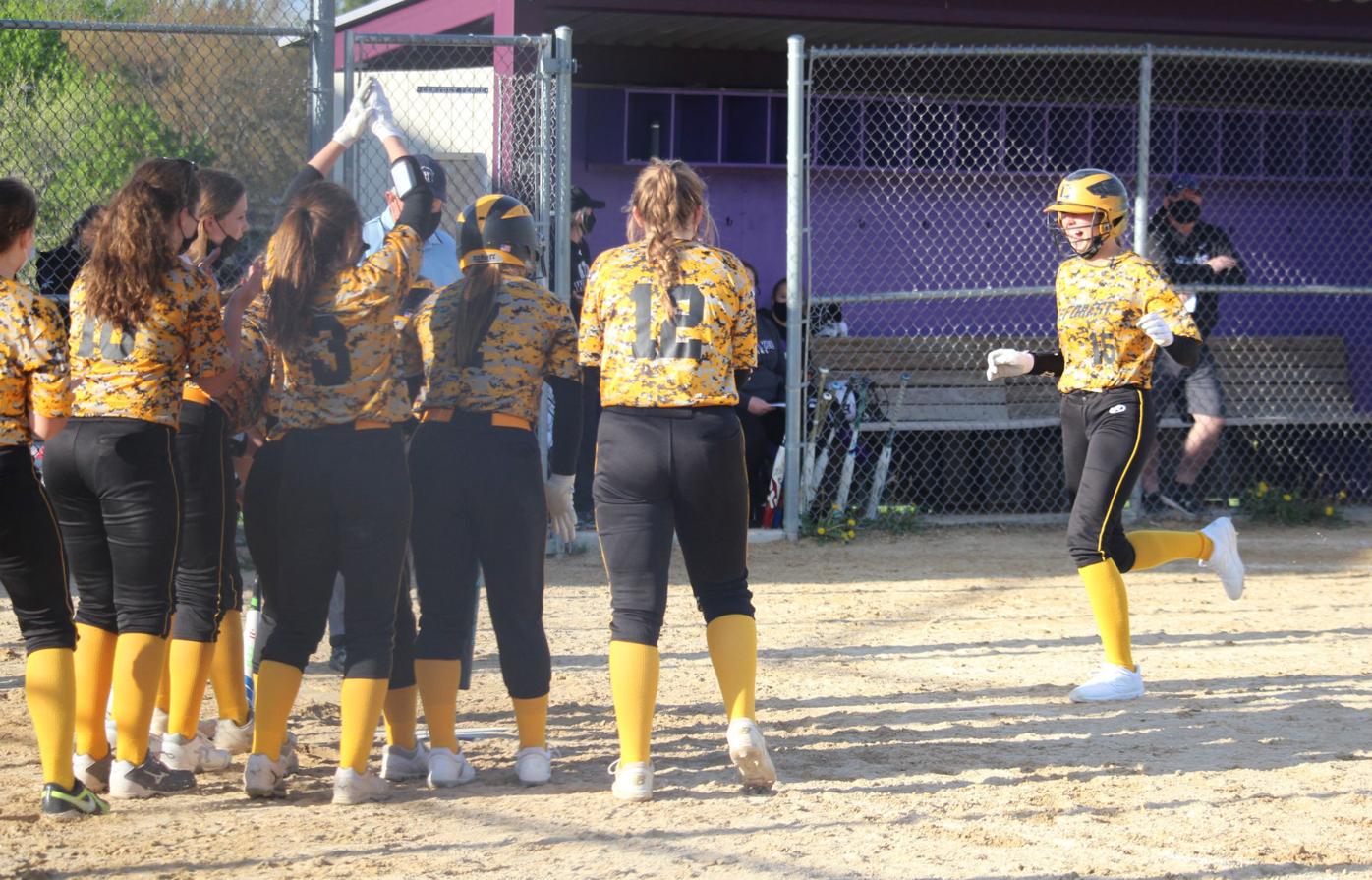 The Norskies’ Jaelyn Derlein is greeted by teammates at home plate after belting a home run against host Waunakee. 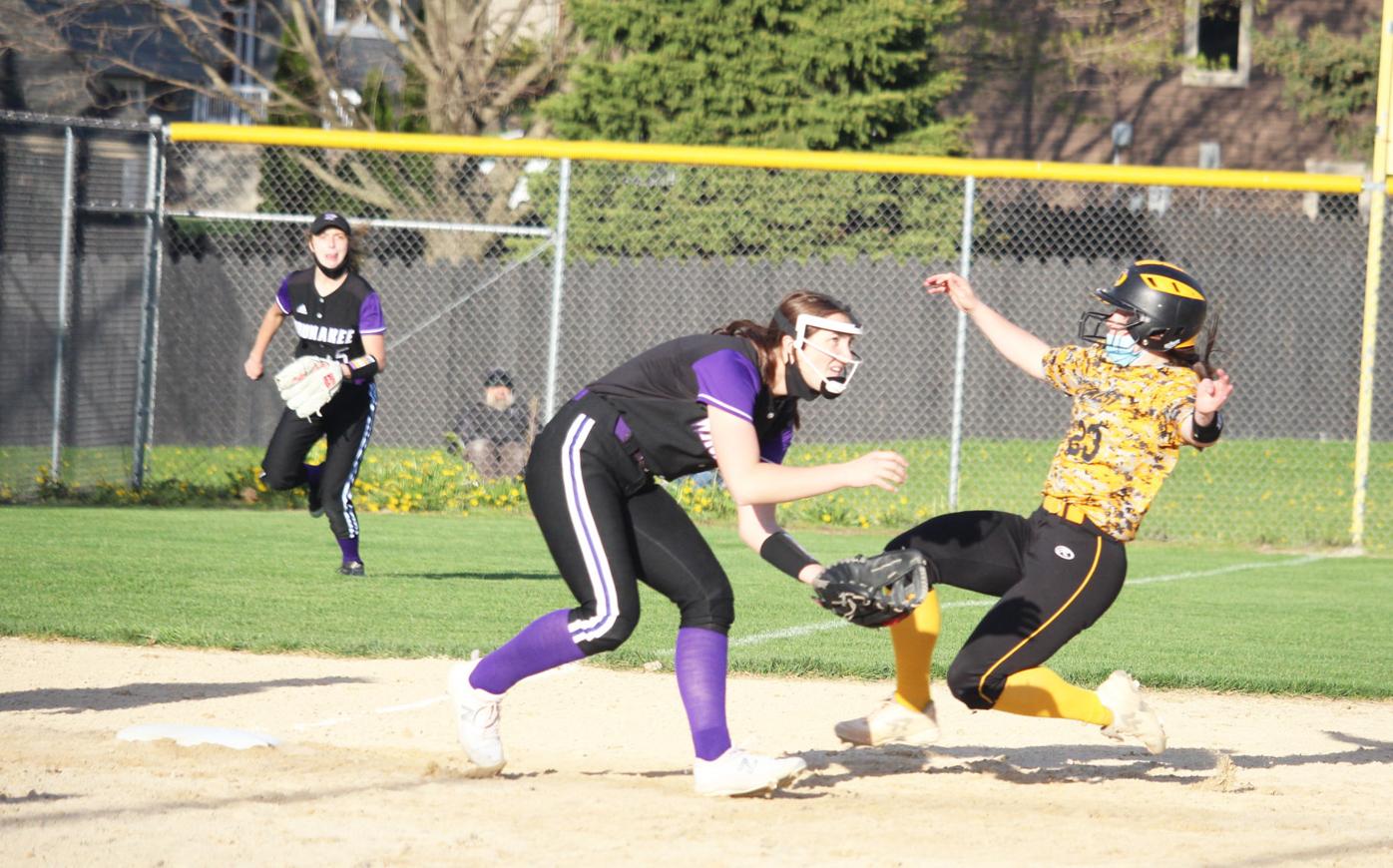 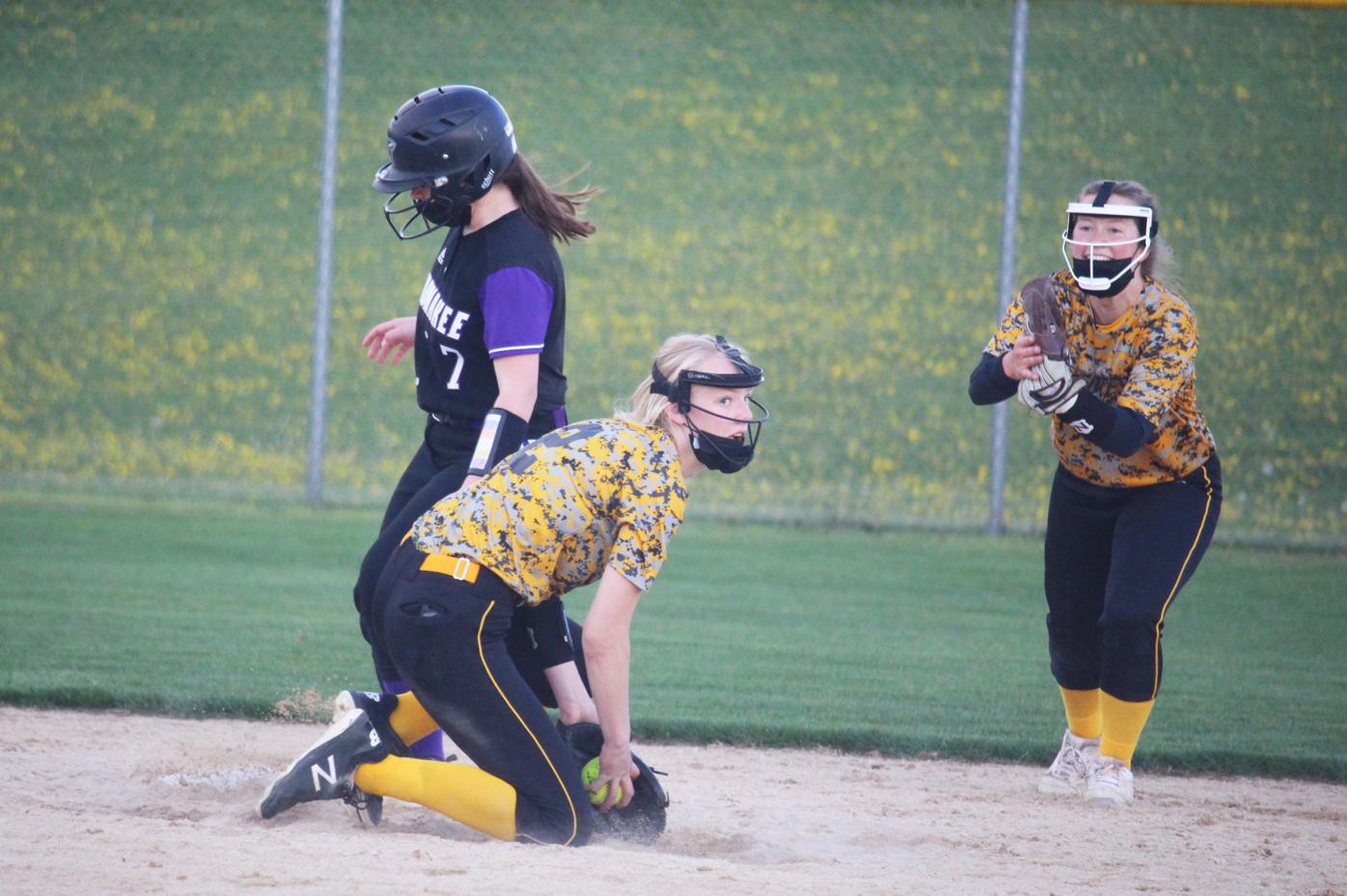 DeForest shortstop Avery Schaeffer tags out a Waunakee runner, while teammate Meg Elvekrog cheers her on.

The Norskies’ Jaelyn Derlein is greeted by teammates at home plate after belting a home run against host Waunakee.

DeForest shortstop Avery Schaeffer tags out a Waunakee runner, while teammate Meg Elvekrog cheers her on.

The DeForest prep softball team hit the road for the first time this spring last week and came away with mixed results.

In their first road game of the year on May 4, the visiting Norskies thwarted Badger North rival Waunakee 8-2.

The Norskies were unable to carry over the momentum into the following day’s matchup with host River Valley. The Blackhawks prevailed 6-1.

DeForest was back at home on May 6, when they shut out visiting Sauk Prairie 6-0.

The week’s results left the Norskies 3-5 overall and 3-1 in the Badger North Conference.

This Friday DeForest will travel to Portage for a 5 p.m. conference game. The Norskies will make a trip to Beaver Dam for a 5 p.m. tilt on May 18.

DeForest scored in each of the first five innings to easily take care of the Warriors.

The Norskies got going with two runs in the top of the first inning. Morgan Reierson was hit by a pitch with the bases loaded, while Jaelyn Derlein followed with a run-scoring single.

After Waunakee scored a run in the bottom of the first, DeForest got the run back int the top of the second on a sacrifice fly by Avery Schaeffer.

Megan Elvekrog highlighted a three-run third inning for DeForest with a two-run single. The third run scored on a passed ball.

The Norskies’ Trysten Schroeder plated a run with a ground ball in the top of the fourth.

Derlein led off the top of the fifth with a home run to center field to put DeForest up 8-1.

Derlein finished the game a perfect 4-for-4 at the plate, while Jordan Marty was 3-for-4. Schaeffer and Elvekrog both had two hits.

Kylee Jansen pitched a complete-game four-hitter for DeForest. She came away with seven strikeouts and three walks.

The Norskies trailed from beginning to end against the Blackhawks.

River Valley scored a run in the bottom of the fourth, but didn’t score again until the fifth frame, when it exploded for four runs.

Both teams came up with a run in the sixth. The Norskies scored their run on an error.

Jansen and Schroeder both pitched for the Norskies. Jansen had six strikeouts and a walk in taking the loss.

A quick started helped DeForest earn its third conference win of the season.

The Norskies plated three runs in the opening inning. Reierson opened the scoring with a two-run single, while Allie Parmenter scored on a passed ball.

DeForest went up 4-0 in the bottom of the second on a sacrifice bunt by Schaeffer.

The Norskies’ final two runs came in the fifth. Schroeder had an RBI triple and scored on a single by Reierson.

Derlein had a team-high three hits, while Reierson contributed two.

Marty had a great game in the pitcher’s circle. She had six strikeouts and three walks in a complete-game one-hit shutout.