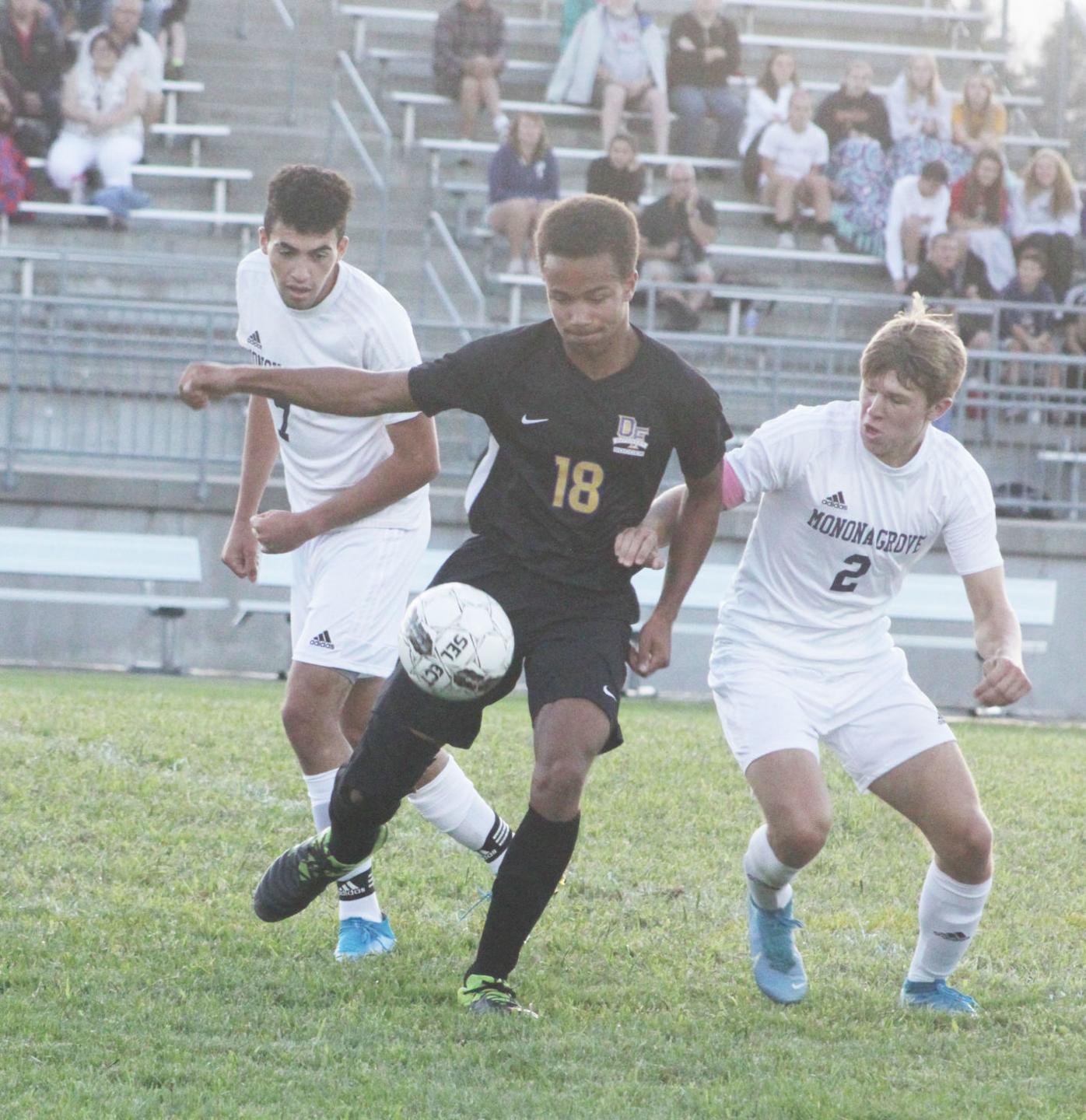 Junior Caleb Ekezie is back to lead DeForest's defense this spring. 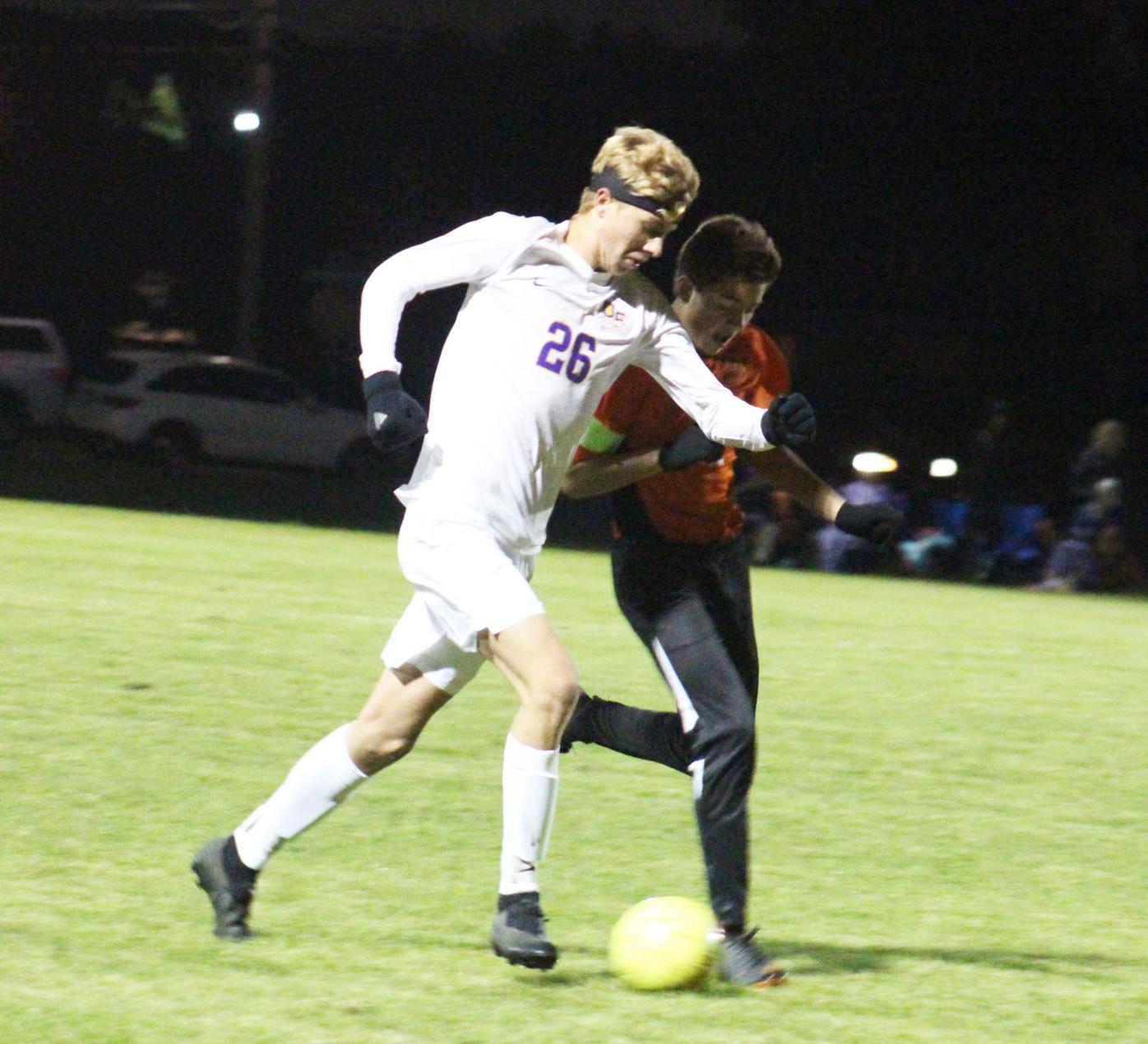 Senior Nick Anderson returns to the Norskies after finishing the 2019 season with seven goals and six assists.

Junior Caleb Ekezie is back to lead DeForest's defense this spring.

Senior Nick Anderson returns to the Norskies after finishing the 2019 season with seven goals and six assists.

The DeForest boys soccer team enters the alternate spring season with a young and experienced roster, but coach Kevin Krivacek is hopeful the Norskies can gel quickly.

“We are young,” Krivacek said. “I think we have some talent on the wings and outside backs, but we are filling a lot of minutes from a senior-heavy team in 2019. I do think there are a number of players that have the potential to breakout this spring. I think we will be really strong through the center of the field, from goalkeeper through our striker/No. 9, which is critical. I think we have a smart group of boys who read and understand the game well.”

The Norskies were one of many teams who had to move their fall season to the spring because of the ongoing COVID-19 pandemic.

“I think we are all grateful to be together and getting the chance to play,” Krivacek said. “We are willing to do what it takes to ensure our seniors get an experience to finish up their career having fun and competing for our school.”

The Badger Conference will not crown a champion this spring, but the WIAA might possibly hold a postseason tournament for spring teams.

Even with no conference title to play for, the Norskies have plenty of motivation for the season.

“These kids are hungry to play and compete,” Krivacek said. “The seniors are playing for pride and a legacy. The younger guys are looking to prepare themselves for the conference slate in the fall.”

DeForest finished 11-7-1 overall during the 2019 fall season. The Norskies placed fifth in the Badger North with a 3-4 mark.

The Norskies fell 2-1 to Oregon in a WIAA regional final.

DeForest has to replace two all-conference players with the graduation of Evan Ridd (first team) and Kennedy Wallace (honorable mention).

The Norskies only return one All-Badger North performer, but it is at a key position, goalie. Honorable mention all-conference goalie Phillip McCloskey (Jr.) is back.

“Phil is a disciplined and athletic goalkeeper,” Krivacek said.

Junior Gabriel Kennedy will back up McCloskey.

The Norskies will be led at midfield by senior Nick Anderson and junior Owen Thoms.

“He will be a critical part of our attack,” Krivacek said. “He is athletic and skilled on the ball. He has good vision on the field.”

Thoms, who is moving from to midfield from defense, had four assists in 2019.

“Owen is a really strong outside back who will likely transition to a role in the midfield,” Krivacek said. “He is strong on the ball, has a good understanding of the game, and I think he will be a creator this year.”

Junior Caleb Ekezie is back to lead DeForest’s defense.

“Caleb is an incredible athlete and has good instincts for a center back,” Krivacek said. “I see him more as a vocal leader this year who will help keep us organized and difficult to score against.”

The Norskies have set several goals for the spring season.

“We would like to play hard, stay positive and compete in every game for 90 minutes,” Krivacek said. “We are still seeking that regional championship and I think this spring will help us next fall achieve that goal.”

DeForest opened the spring season this past Tuesday at home against Fort Atkinson. A recap will be in next week’s Times-Tribune.

The Norskies will play nine games this spring.