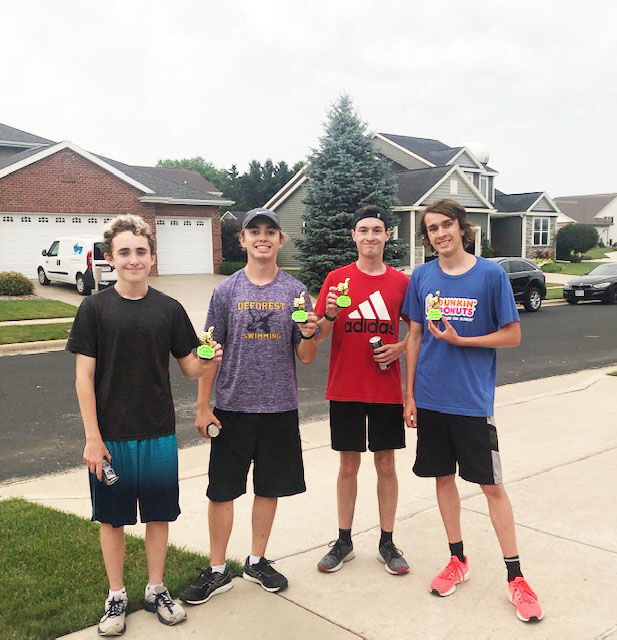 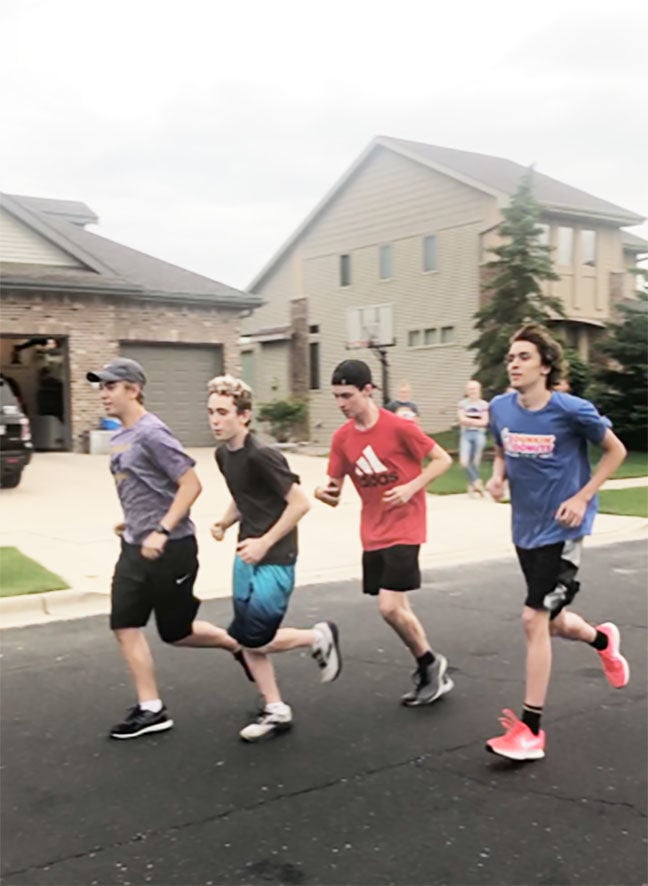 Life has been different for nearly everyone during the COVID-19 pandemic. High School athletes have had their lives turned upside down like most in the United States.

The pandemic wiped out the end of the winter season and the entire spring.

With limitations on what they can do, athletes have had to get creative on their workouts and other activities.

Four DeForest athletes, who lost their respective track seasons this past spring, decided to make a challenge out of running during these strange times.

Norski seniors Ferris Wolf, Korbin Eisler and Reid Morauske and sophomore Bryce Morauske came up with an idea to run a marathon, 26.2 miles over a 24-hour period. They would run at least one mile per hour.

“With all the uncertainly going on, like track season getting canceled, we tried to find differant ways to stay active,” Wolf said. “We didn’t want to just go out and run, we wanted something more challenging. Someway to stay active and be ready if we have a season in the fall.”

The foursome not only runs track for the Norskies, but are also a part of the cross country team.

The goal of the challenge was not only to help with their out-of-season training but to raise awareness about mental health.

“Mental health is a real issue during these crazy times,” Wolf said. “You are more isolated since you can’t be in large groups.”

The foursome put their plan into action over a weekend at the beginning of July.

“We had to face sleep deprivation and not eating,” Reid Morauske said. “It was a hard challenge.”

The group got the idea for the challenge after seeing a YouTube video.

“Running a mile every hour was an interesting idea,” Reid Morauske said. “With it being our senior year, we wanted to do something we would remember.”

Most of their running was done around their neighborhoods.

Lack of sleep was a big issue during the challenge. Ferris, Korbin and Reid all fit in short naps when they could, while Bryce stayed up the entire 24 hours.

“Staying awake was tough,” Bryce Morauske said. “Another big thing was being hungry and not eating food because of a fear of cramping or throwing up.”

Another challenge came up during the final hours of the run, a thunderstorm.

“It was hard for some of us during the last four miles because of a storm,” Eisler said. “Two of us did the last couple of miles on a treadmill.”

The group did have a few spectators, who practiced social distance while cheering them on.

“It was great how much support we had,” Reid Morauske said. “We had a lot of people stop by and cheer us on. Some cheered us on through social media.”

The foursome is considering doing the challenge again and including more of their cross country teammates.

“Some of our teammates did a similar challenge, but overall, there is some interest in doing something like this again,” Wolf said. “We are open to doing with more people on the team. We didn’t want to make it bigger the first time because of a spike in COVID cases. We wanted to social distance and not expose people.”

The foursome did receive some good news last week, as the WIAA decided to move forward with the fall cross country season. Practice is set to begin on Aug. 17.

“We are training with the expectation that we are going to have a season,” Wolf said. “But in the back of our minds, we know it is a possibility that we could have it canceled.”

They will continue to train for the season and that may include another challenge.

“Training helps me forget about what is going on,” Wolf said.