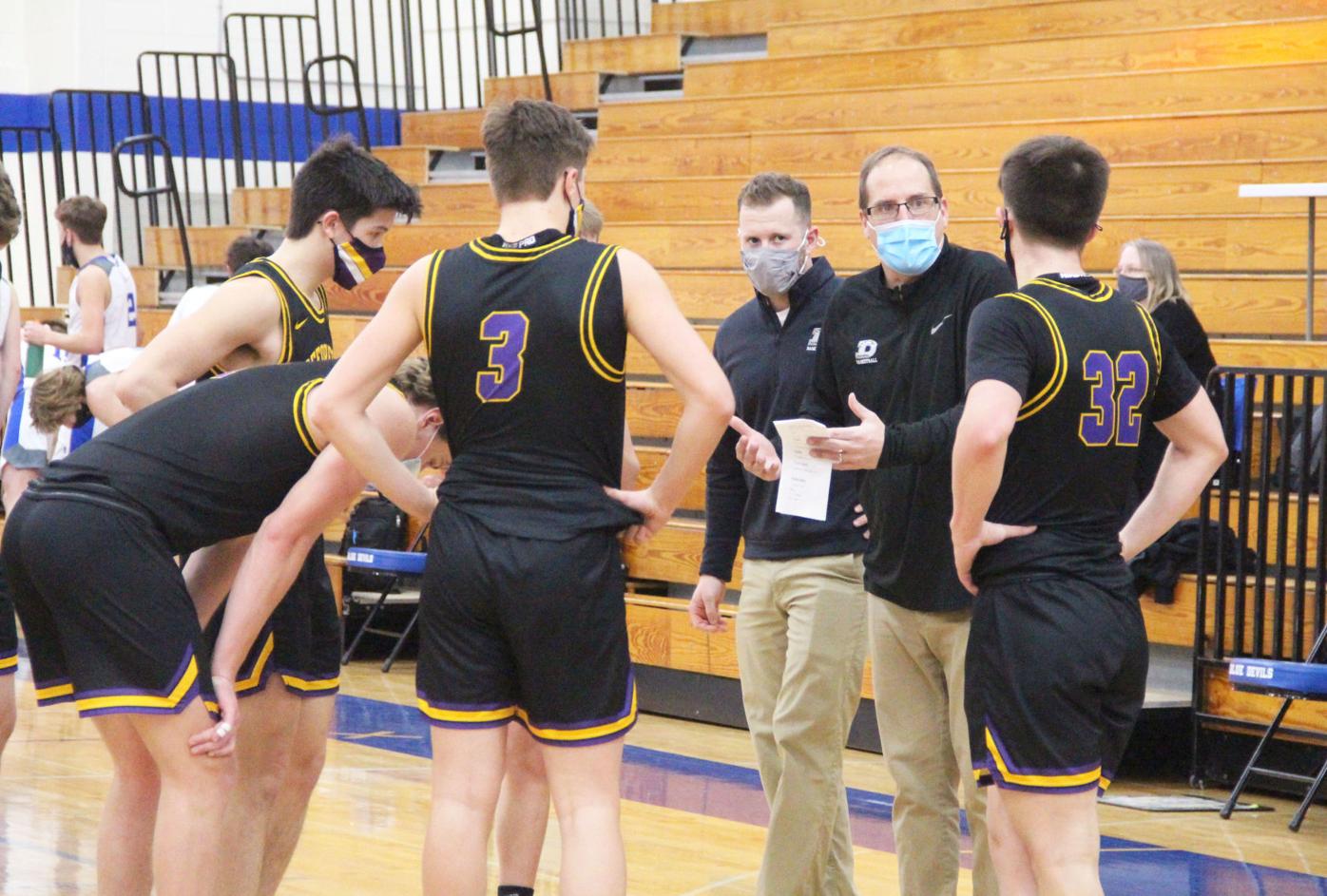 DeForest coach Craig Weisbrod talks to his team during a timeout against Lodi. 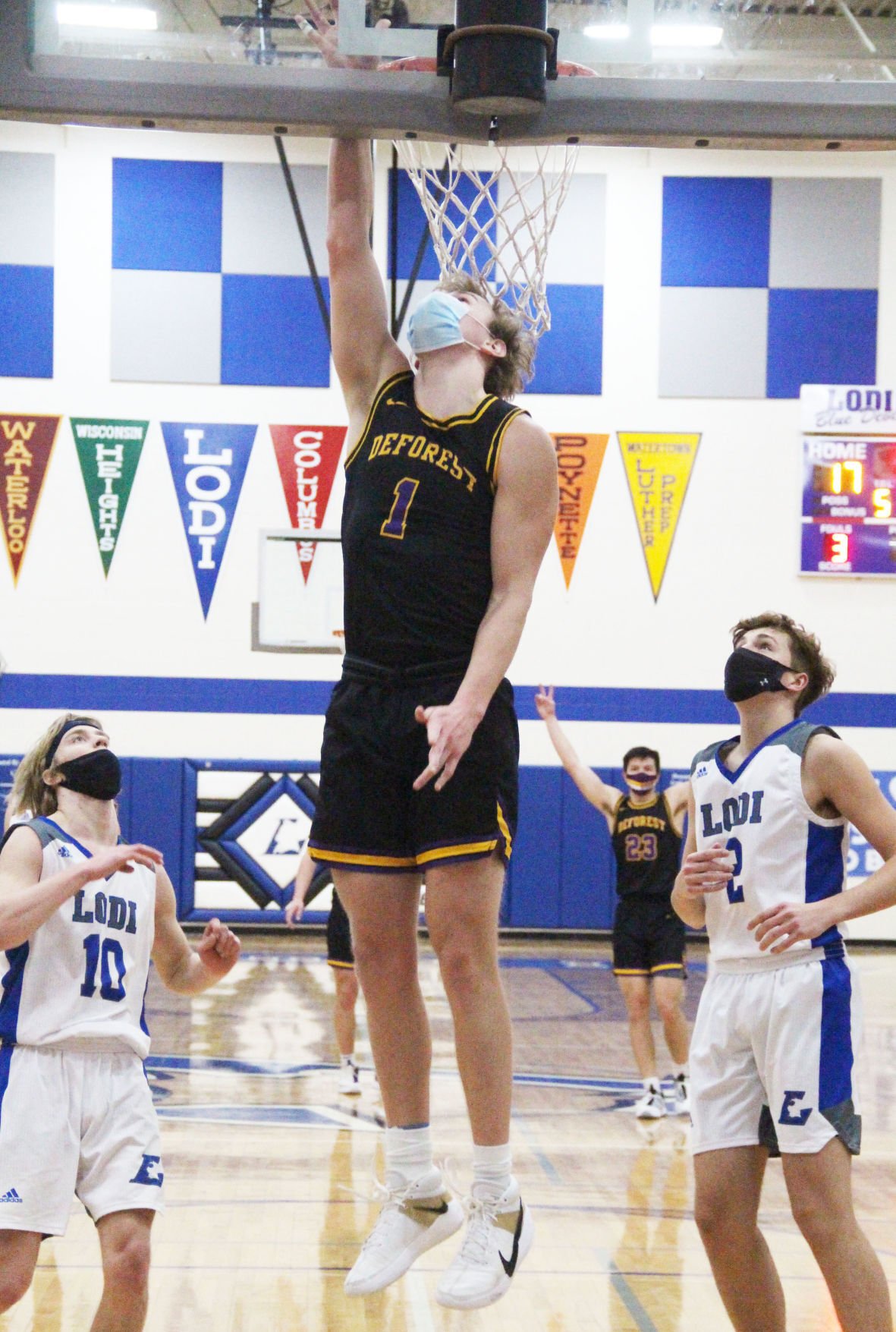 The Norskies' Nolan Hawk goes up strong with the ball against Lodi. 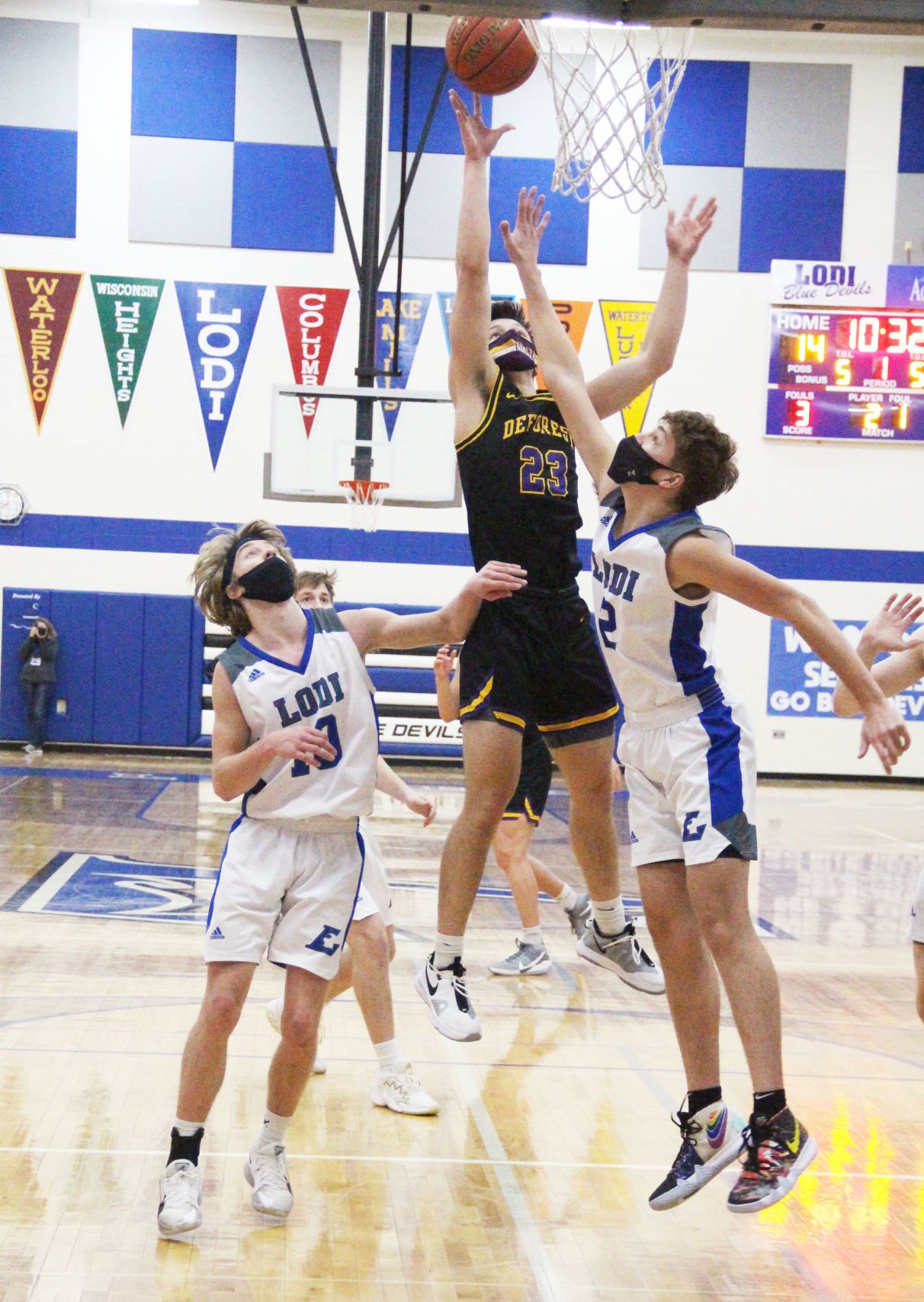 DeForest’s Deven Magli reaches for a rebound during last week’s win over Lodi.

DeForest coach Craig Weisbrod talks to his team during a timeout against Lodi.

The Norskies' Nolan Hawk goes up strong with the ball against Lodi.

DeForest’s Deven Magli reaches for a rebound during last week’s win over Lodi.

The DeForest boys basketball team is heading into the WIAA postseason with a lot of momentum after closing out the regular season last week with four victories.

The following night, the Norskies captured a 74-64 win over host New Berlin Eisenhower.

DeForest traveled to the Just A Game Fieldhouse in Wisconsin Dells on Feb. 11 and garnered a 51-49 victory over Stoughton.

DeForest finished the regular season with a 12-5 record.

The second-seeded Norskies will take on either third-seeded Sun Prairie or sixth-seeded Oregon in a regional final in Baraboo at 8 p.m. on Friday. The regional final will be held the following day.

The Norskies snapped a two-game losing streak with the win over the Blue Devils.

DeForest had a slow start to the game, and trailed 29-27 at halftime.

The Norskies picked up the pace in the second half, especially on the defensive end. They closed the game with a 32-21 outburst.

A big first half was the difference for the Norskies.

DeForest set the tone early and led 43-29 at halftime.

The Norskies had a very balanced scoring attack. Weisbrod led four players in double figures with 15 points, while Hawk contributed 14.

Deven Magli and Tim Fredrickson came through with 13 and 12 points, respectively, for DeForest, while Josh Jansen and Brody Hartig both finished with eight.

DeForest had to rally for the thrilling win over the Vikings.

Stoughton had the momentum in the first half and led 36-25 at halftime.

The Norskies turned up the defensive pressure in the second half and limited Stoughton to 13 points.

Janson poured in a team-high 16 points, while Hawk and Weisbord added 14 and 11, respectively.

It took two overtimes to decide the outcome of the regular-season finale.

DeForest forced the game into overtime after outscoring Oshkosh 28-27 in the second half.

Both teams scored five points in the first overtime.

The Norskies put together a tremendous effort in the second overtime. They ended the game with a 12-3 surge.

Oshkosh North got a game-high 25 points from Jalen Keago.