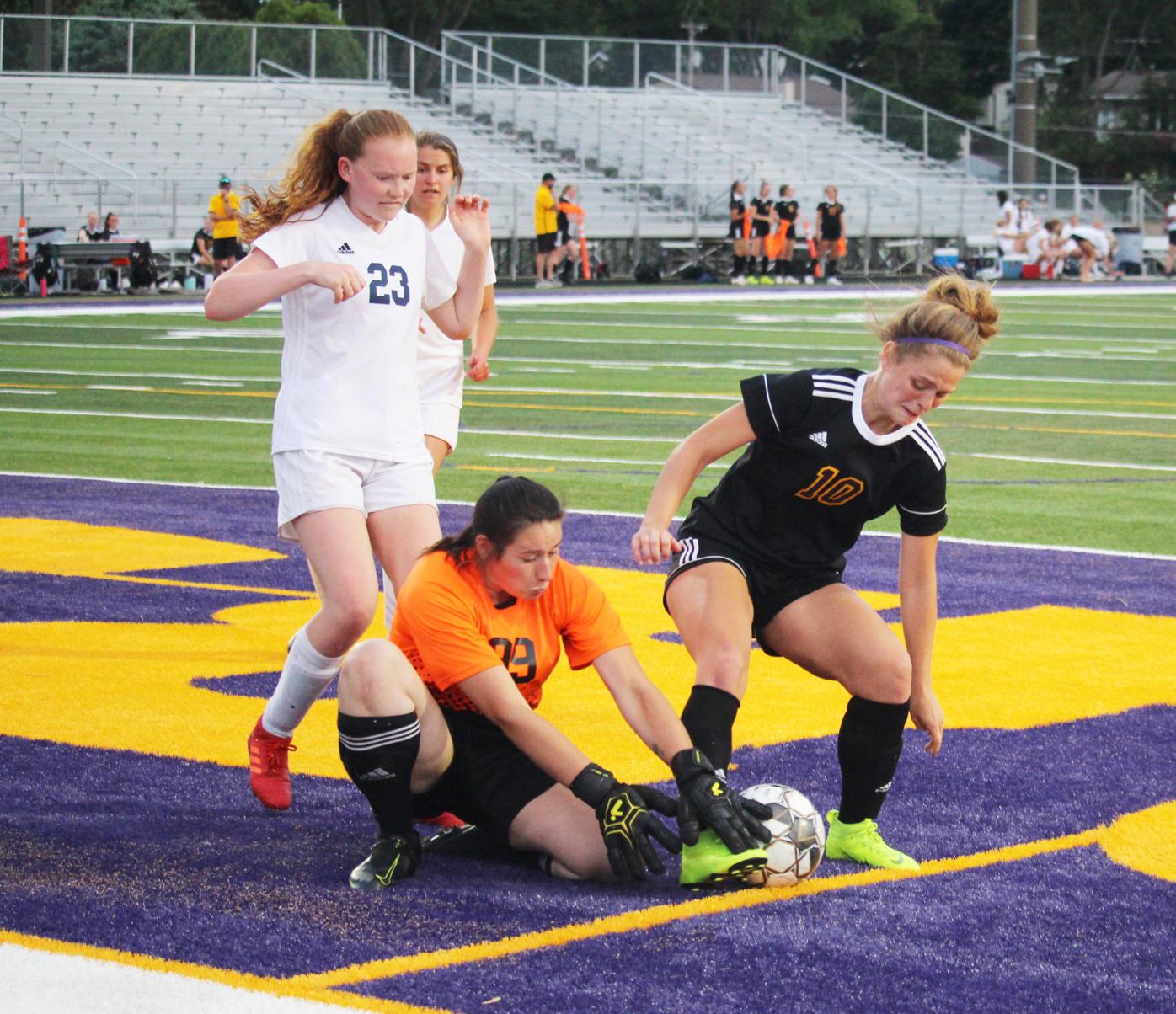 DeForest’s Delaney Lokken tries to kick the ball away from Reedsburg’s goalie. 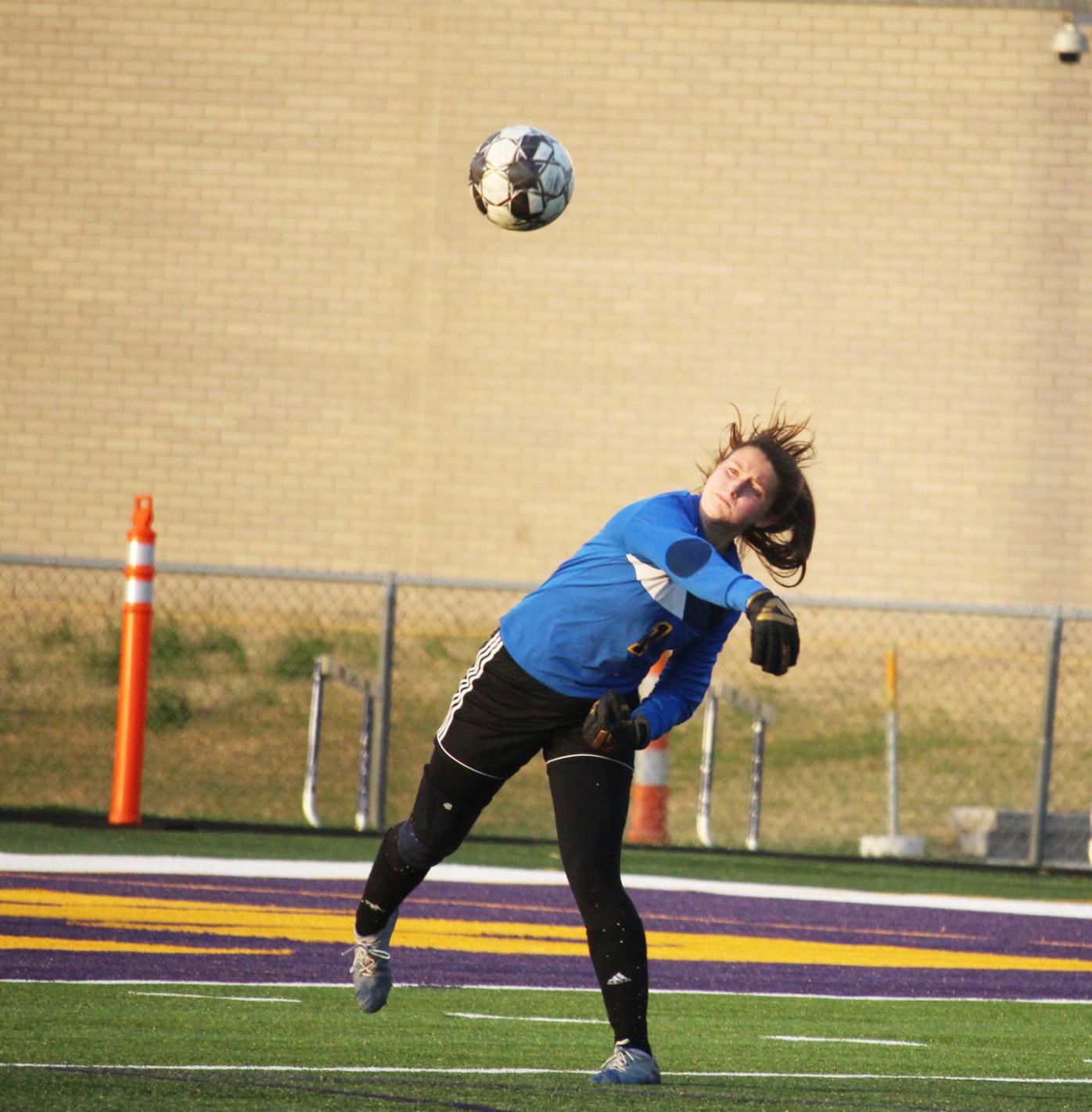 Norski goalie Meta Fischer throws the ball back in play against Reedsburg. 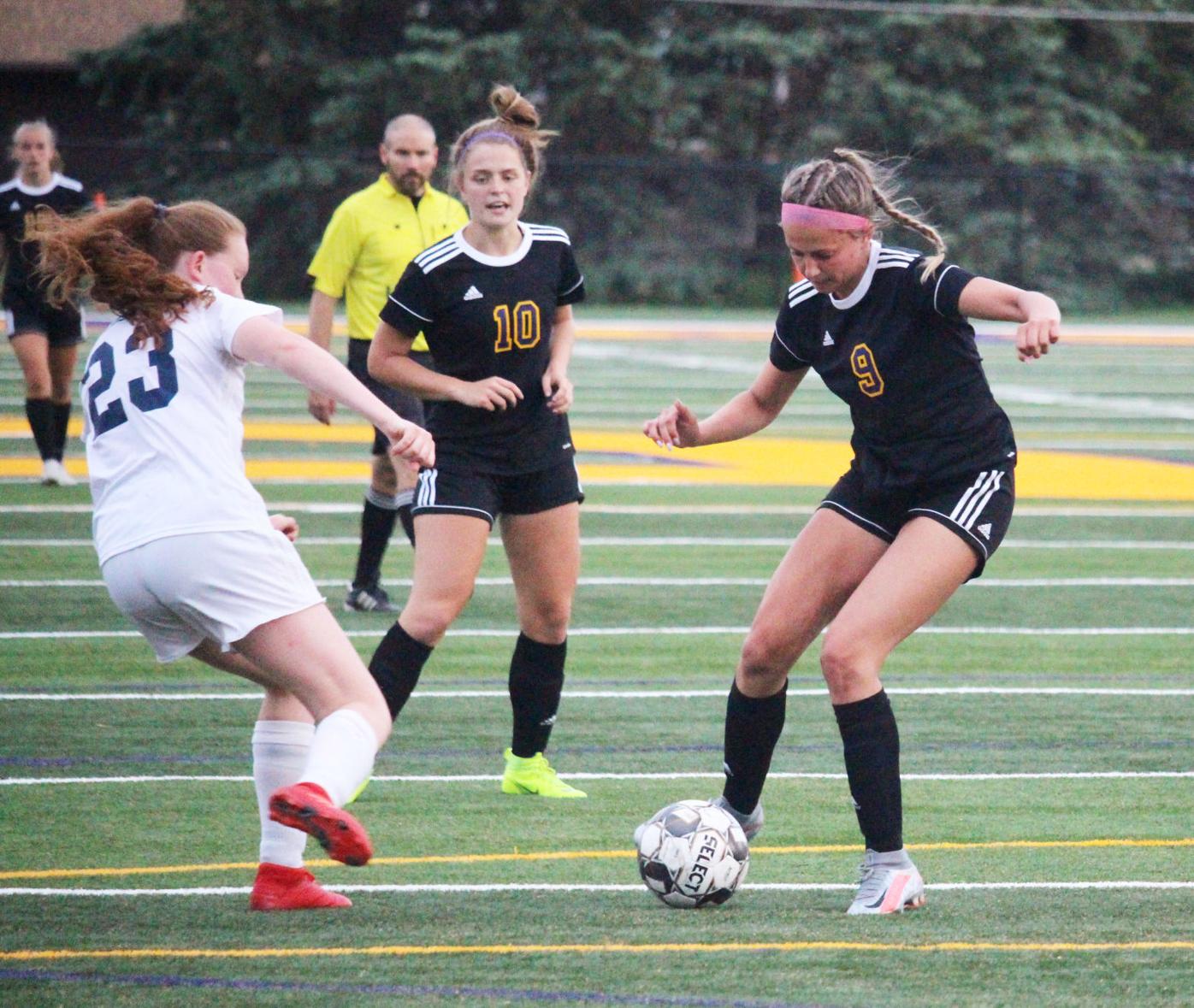 DeForest's Anabelle Albers kicks the ball down field against Reedsburg.

DeForest’s Delaney Lokken tries to kick the ball away from Reedsburg’s goalie.

Norski goalie Meta Fischer throws the ball back in play against Reedsburg.

DeForest's Anabelle Albers kicks the ball down field against Reedsburg.

The DeForest girls soccer team closed out the regular season in style last week. The Norskies shut out Milton and Reedsburg at home.

“We did a lot of things well during the Milton game, but just missed on numerous opportunities to put the ball in the back of the net,” DeForest coach Tim Esser said.

DeForest closed out Badger North Conference play with an 8-0 victory over visiting Reedsburg on June 3.

“In the Reedsburg game, we got off to a fast start and never looked back,” Esser said. “We had seven first half goals which allowed us to spread minutes around throughout the entire roster in the second half.”

The Norskies finished the regular season 11-2-1 overall. They went 5-2 in the Badger North to place third behind Sauk Prairie (7-0) and Waunakee (6-1).

DeForest has received a No. 2 seed in the WIAA Division 2 playoffs. They opened against seventh-seeded Milton this past Tuesday. A recap will be in next week’s Times-Tribune.

The regional final is set for this Saturday. The higher remaining seed will host the regional championship.

Goals were hard to come by in the Badger Conference crossover game.

The Norskies got goals from Lexi Kulow and Rylan Oberg in the victory.

DeForest goalie Meta Fischer had two saves on her way to the shutout.

The Norskies scored early and often against the Beavers. They raced out to a 7-0 halftime lead.

Jessica Camarato and Oberg both scored two goals for DeForest, while Izzy Grothaus, Amber Westra, Kyra Lange and Anabelle Albers each had one goal.

Albers, Kulow, Mallory Taylor and Maya Pickhardt each had an assist for DeForest.

Meta came away with another shutout after recording one save.