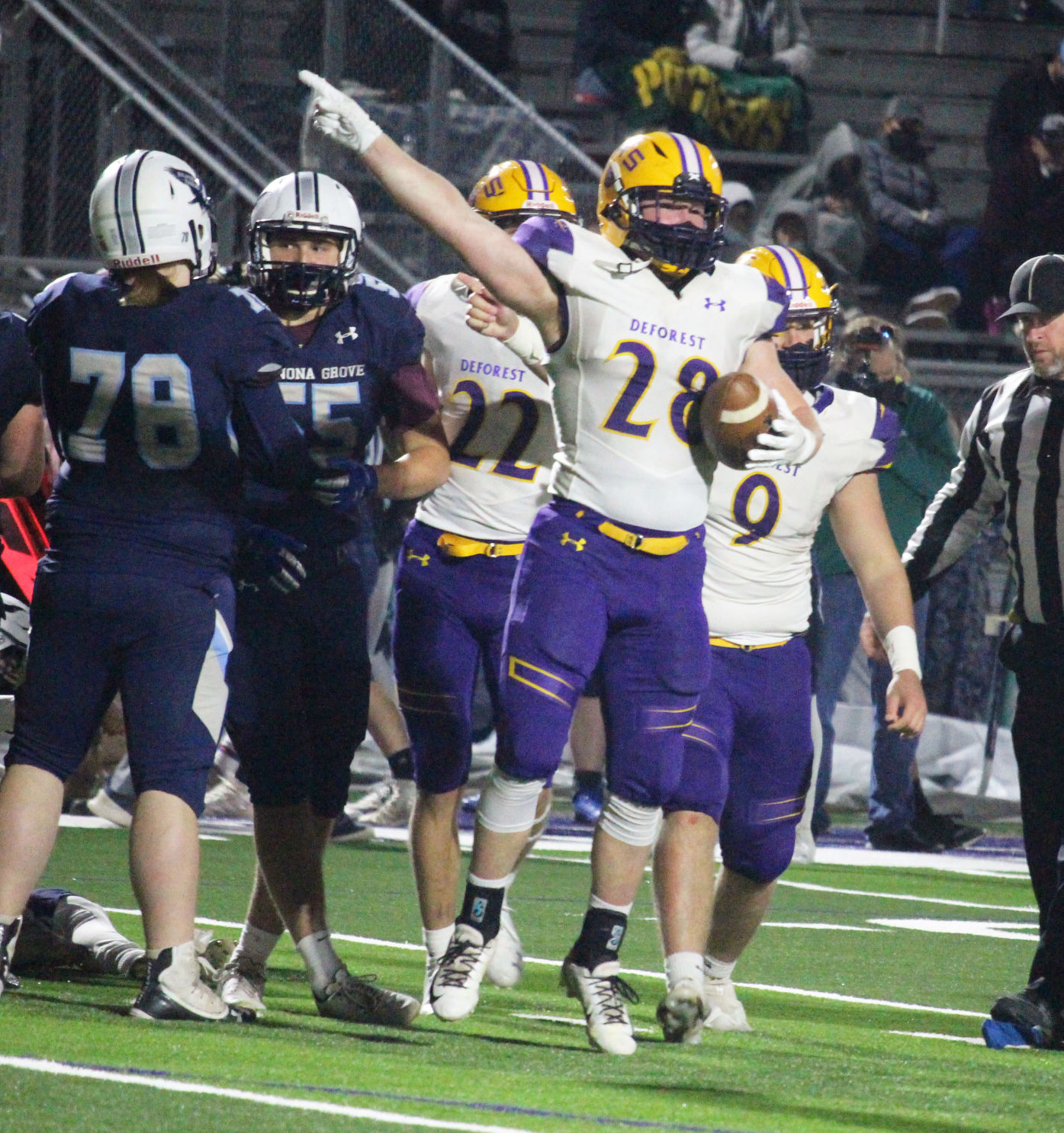 The Norskies’ Mason Kirchberg celebrates recovering a fumble in the fourth quarter of last week’s 28-13 victory over Monona Grove. 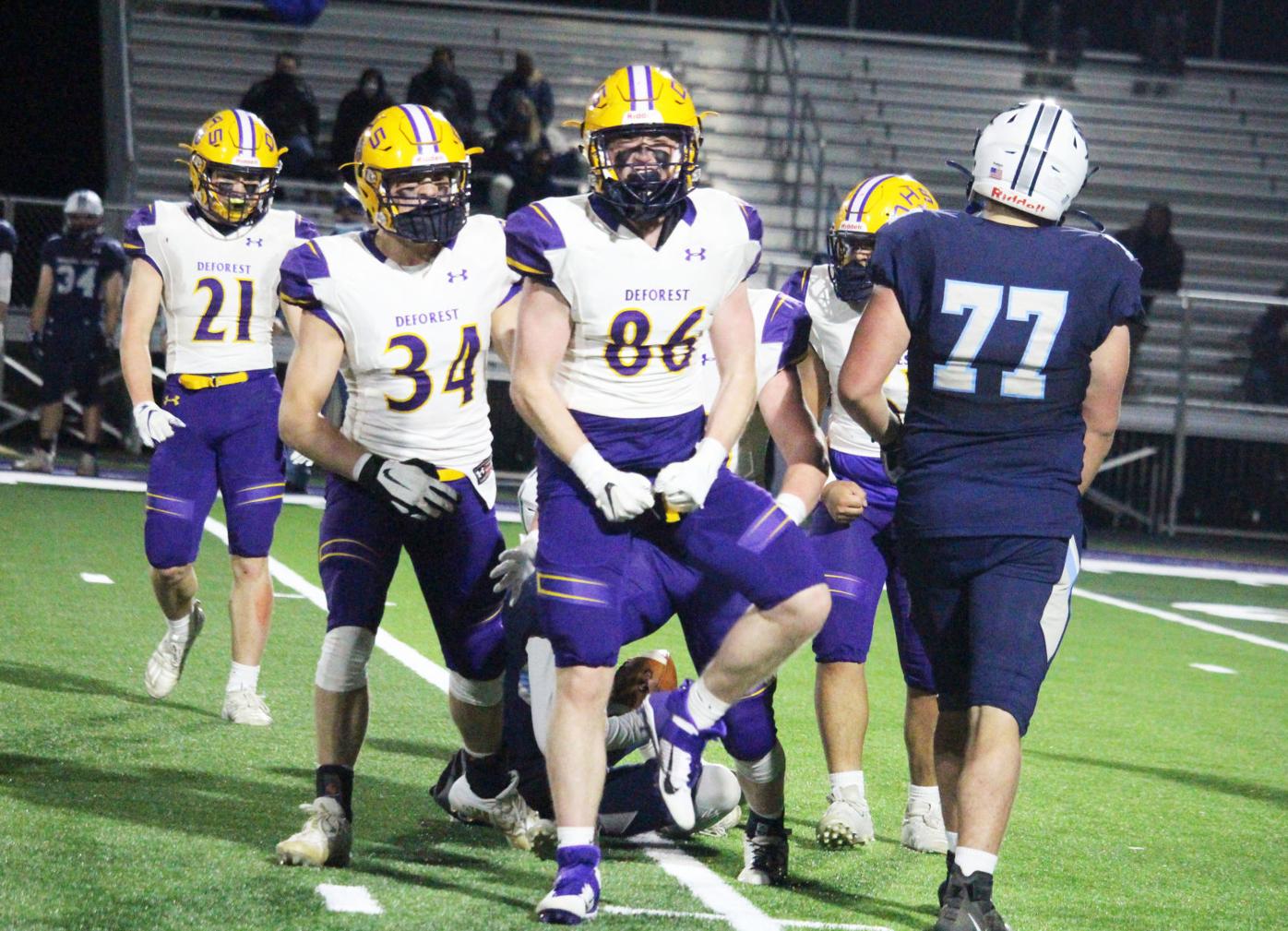 DeForest defensive end Ryan Buschmann is fired up after recording a sack against Monona Grove. 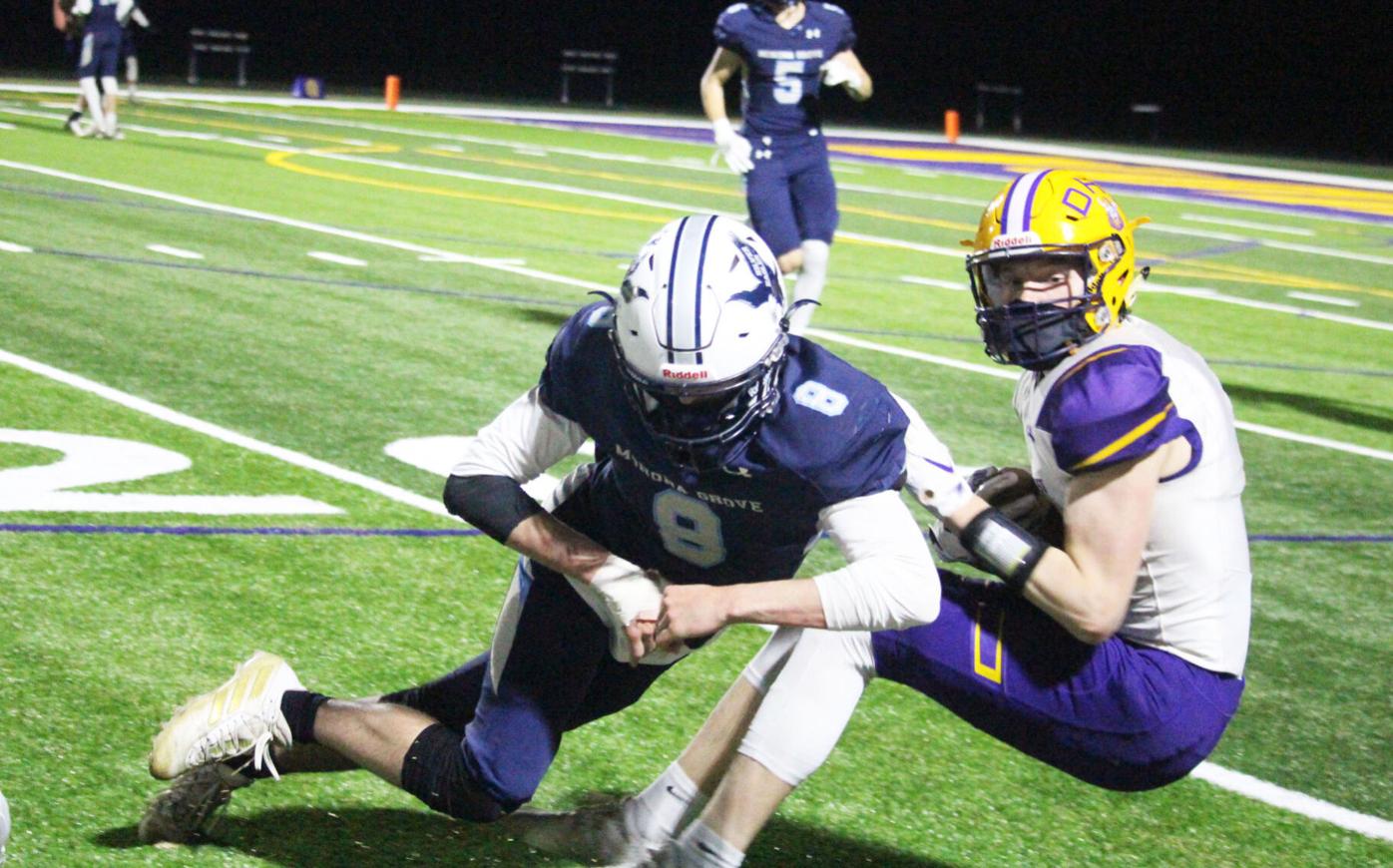 The Norskies' Bryce Jacobsen hauls in a pass during Friday's win over Monona Grove. 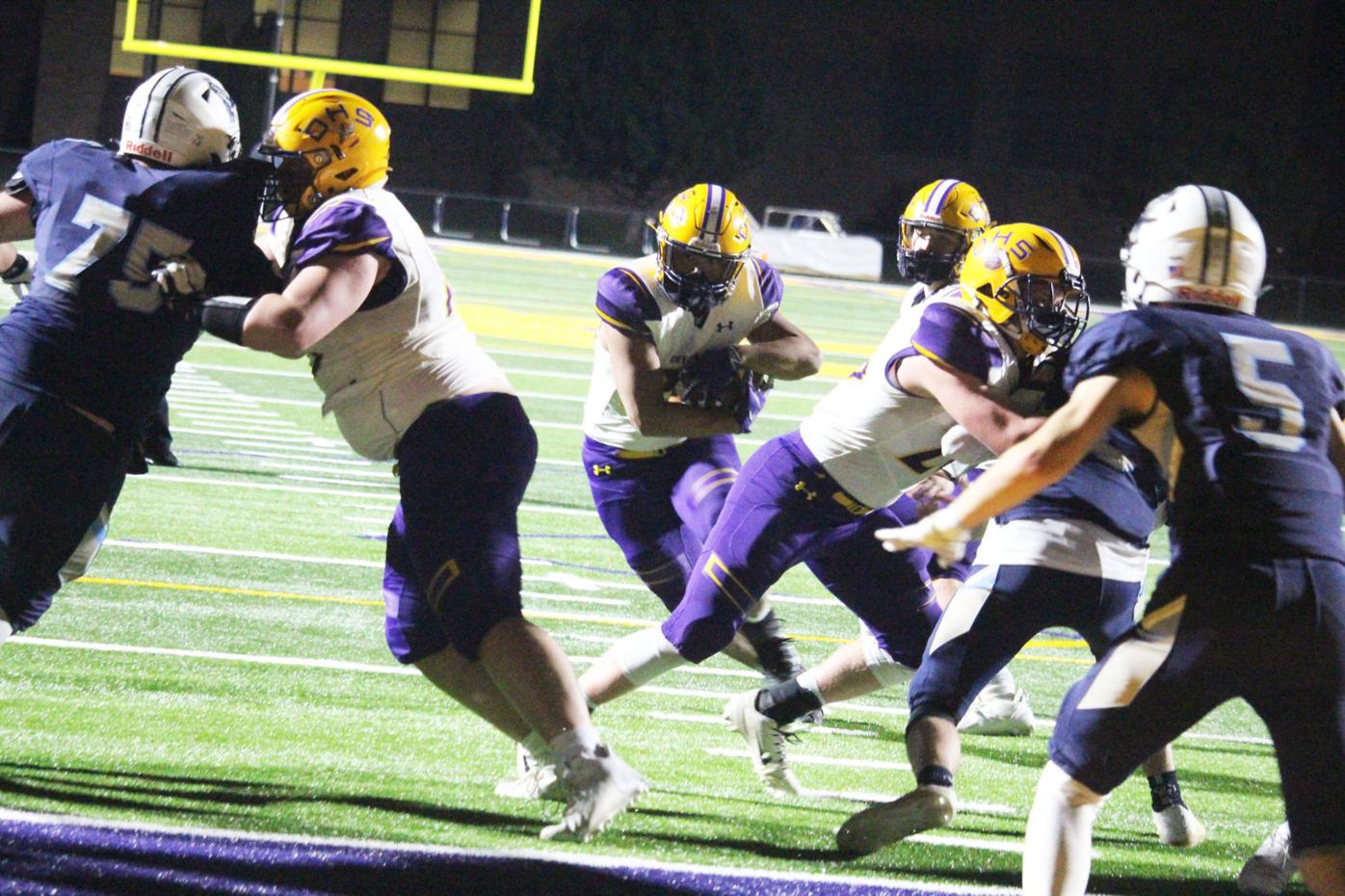 DeForest’s Gabe Finley goes up the middle for a touchdown against Monona Grove.

The Norskies’ Mason Kirchberg celebrates recovering a fumble in the fourth quarter of last week’s 28-13 victory over Monona Grove.

DeForest defensive end Ryan Buschmann is fired up after recording a sack against Monona Grove.

The Norskies' Bryce Jacobsen hauls in a pass during Friday's win over Monona Grove.

DeForest’s Gabe Finley goes up the middle for a touchdown against Monona Grove.

For the first time during the alternate fall season, the DeForest prep football team faced some adversity last Friday. The Norskies fell behind by two touchdowns against visiting Monona Grove.

DeForest erased the deficit with four unanswered touchdowns in a 28-13 victory at Stalder Field.

“One of our motto’s is ‘Keep moving forward,’ first-year Norski coach Aaron Mack said. “You can’t forget about what put us in that position, but you have to use it and respond. I was really proud with how the coaches and players responded. It has been a while since they have been in that situation. So, it was neat to see how we responded.”

The Norskies are 5-0 in the alternate fall season.

DeForest trailed for the first time this season after Monona Grove scored the lone touchdown of the first quarter. Casey Marron threw a 38-yard touchdown pass to Tyler Dahlhauser. The extra-point kick was no good.

The lead grew to 13-0 after Marron and Dahlhauser hooked up for a 56-yard scoring strike with 2 minutes, 18 seconds remaining in the first half.

The Norskies went into halftime with a little momentum after Mason Keyes threw a 5-yard touchdown pass to Deven Magli with 6 seconds remaining in the first half.

“How you end halves and begin halves is very important,” Mack said. “It is something we have emphasized. So, to get the score before halftime was really big in helping us do what we did in the second half.”

Ty Tisch had the extra-point kick following the touchdown to cut the lead to 13-7 at halftime. It is the first time the Norskies have trailed at halftime of a regular-season game since midway through the 2018 season.

The second half belonged to the Norskies. They scored 21 unanswered points.

“Our defense got stops in the second half and our offense played complimentary football,” Mack said. “They took our running game away in the first half, but we stayed patient and figured some things out.”

DeForest took the lead, 14-13, with 3:23 left in the third quarter after a 1-yard touchdown run by Gabe Finley and extra-point kick by Jagger Lokken.

The Norskies got some breathing room after Keyes’ second touchdown pass of the game. He hooked up with Nolan Hawk for a 16-yard touchdown. Tisch added the extra-point kick to increase the lead to 21-13.

Mason Kirchberg then recovered a fumble to set up DeForest’s final touchdown, a 6-yard scoring run by Finley. Lokken had the extra-point kick.

Keyes finished the game 16-of-27 passing for 224 yards, two touchdowns and an interception.

Max Weisbrod, Magli and Bryce Jacobsen each had four catches for the Norskies, while Hawk finished with three. Weisbrod had a team-high 91 yards receiving, while Magli finished with 50.

For the second straight game, Bryan Sels had an interception for the Norskies.

Marron finished the game 21-of-38 passing for 230 yards, two touchdowns and two interceptions. Dahlhauser had six catches for 130 yards and two touchdowns.

DeForest will now gear up for a big matchup with Waunakee this Friday. The Norskies will host the Warriors at 7 p.m. Both teams are undefeated this spring.

“We have to have a good week of preparation and get ready for what should be a great game,” Mack said. “