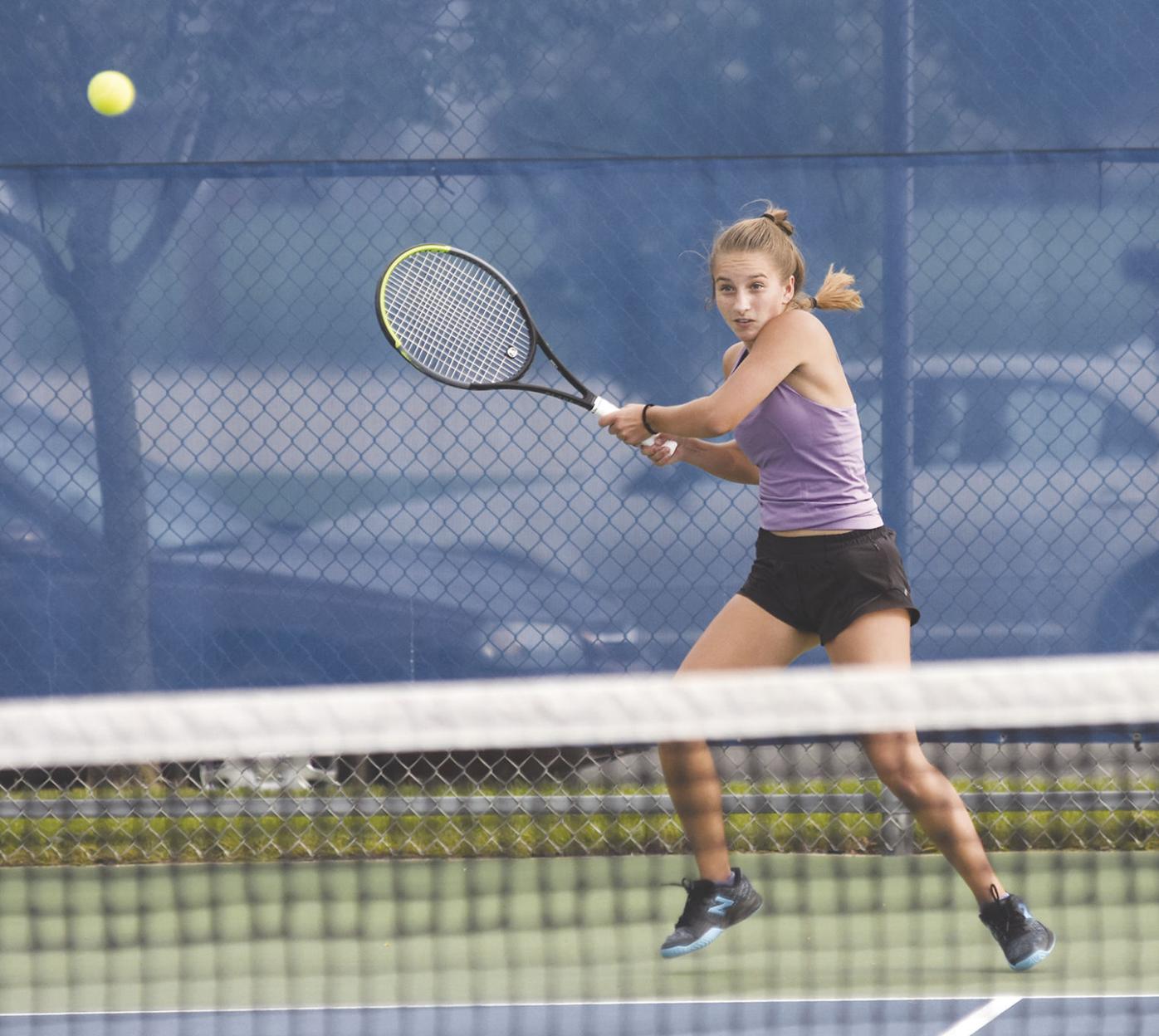 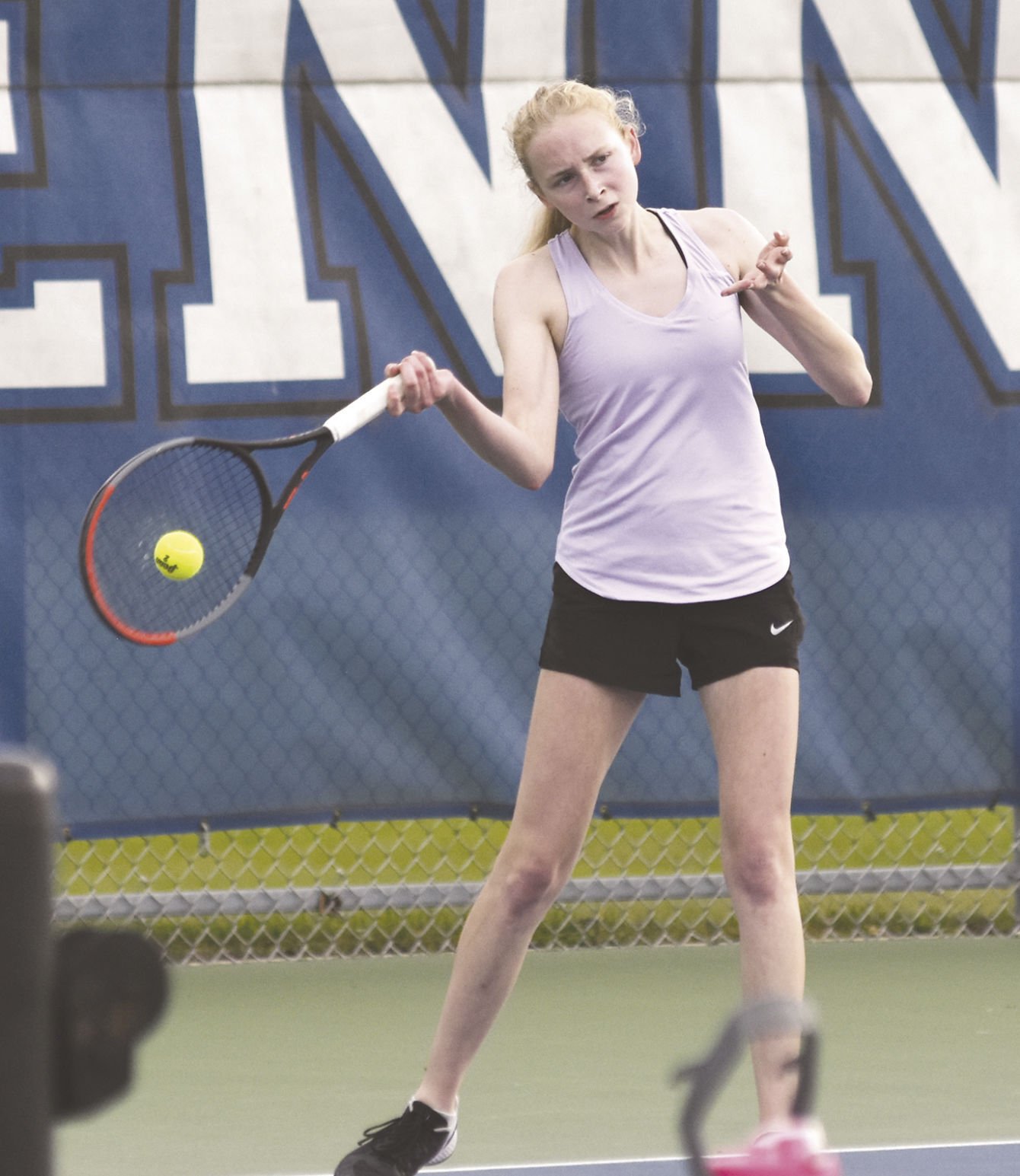 Lauren Armstrong won all three of her matches for the Norskies last week.

Lauren Armstrong won all three of her matches for the Norskies last week.

Great weather greeted the DeForest girls tennis team during its busiest week of the season so far. The Norskies played well but were unable to come away with a victory in three matches.

The Lady Norskies opened the week with a trip to Watertown, where they lost 7-3 to the host Goslings.

“It was nice to have some dry weather and get some tennis in,” DeForest coach Kristin Pachal said. “We had some good matches versus Watertown. They are always solid competition. I thought the girls played fairly well. There were one or two matches that slipped away that we probably should have pulled out.”

The Norskies also suffered a 7-3 loss the following night against visiting Madison Edgewood.

On Sept. 17, DeForest traveled to Reedsburg and played the Beavers to a 5-5 tie.

“Our top 4 singles players put in a good showing and all four won their matches,” Pachal said.

The Lady Norskies will be back in action on Sept. 24. They will play in Beaver Dam at 4 p.m.

The Lady Norskies did very well at the top of their lineup. They claimed wins at three of the top four spots. But Watertown closed out the dual with six straight wins.

The Norskies got wins at No. 1 and 2 singles from Samantha Fuchs and Lauren Armstrong. Fuchs knocked off Aubrey Schmutzler 6-0, 6-1, while Armstrong bested Danielle Krakow 6-4, 6-4.

“It was nice to see Kaiya Hegarty struggle in her first set and be able to make adjustments to come back and win,” Pachal said. “That was good experience for a freshman.”

The Lady Norskies had No. 3 Ashley Hegarty, No. 5 Grace Galbraith, No. 6 Annie Manzi, No. 7 Evi Weinstock, No. 8 Morgan Hahn, No. 9 Lex Finley and No. 10 Emily Shields all lose in straight sets.

The Lady Norskies may have not gotten the team win, but they did garner the biggest individual win of the night.

“We knew that it was going to be a tough match,” Pachal said. “The girls are both excellent players, competitors and friends. Those are always tough matches.”

“It was a really fun and stressful match to watch,” Pachal said. “They went back and forth, and Samantha played a really great match for the win. She played her tough and kept her emotions in check for the duration of the match. Even though the girls pretty much stayed on serve in the second set and Samantha was down 3-6 in the set tie-breaker, she was able to come back for the win. It was some really outstanding tennis.”

Armstrong picked up her second win of the week, as she netted a 7-5, 6-3 victory over Morgan Merckx.

Emily Shields had the only other win for DeForest. She triumphed over Logan Grabbins 6-2, 6-3.

The Lady Norskies had another strong showing at the top. They earned wins in the top four spots.

Fuchs completed a perfect week with a 6-0, 6-0 shutout of Danielle Peyer.