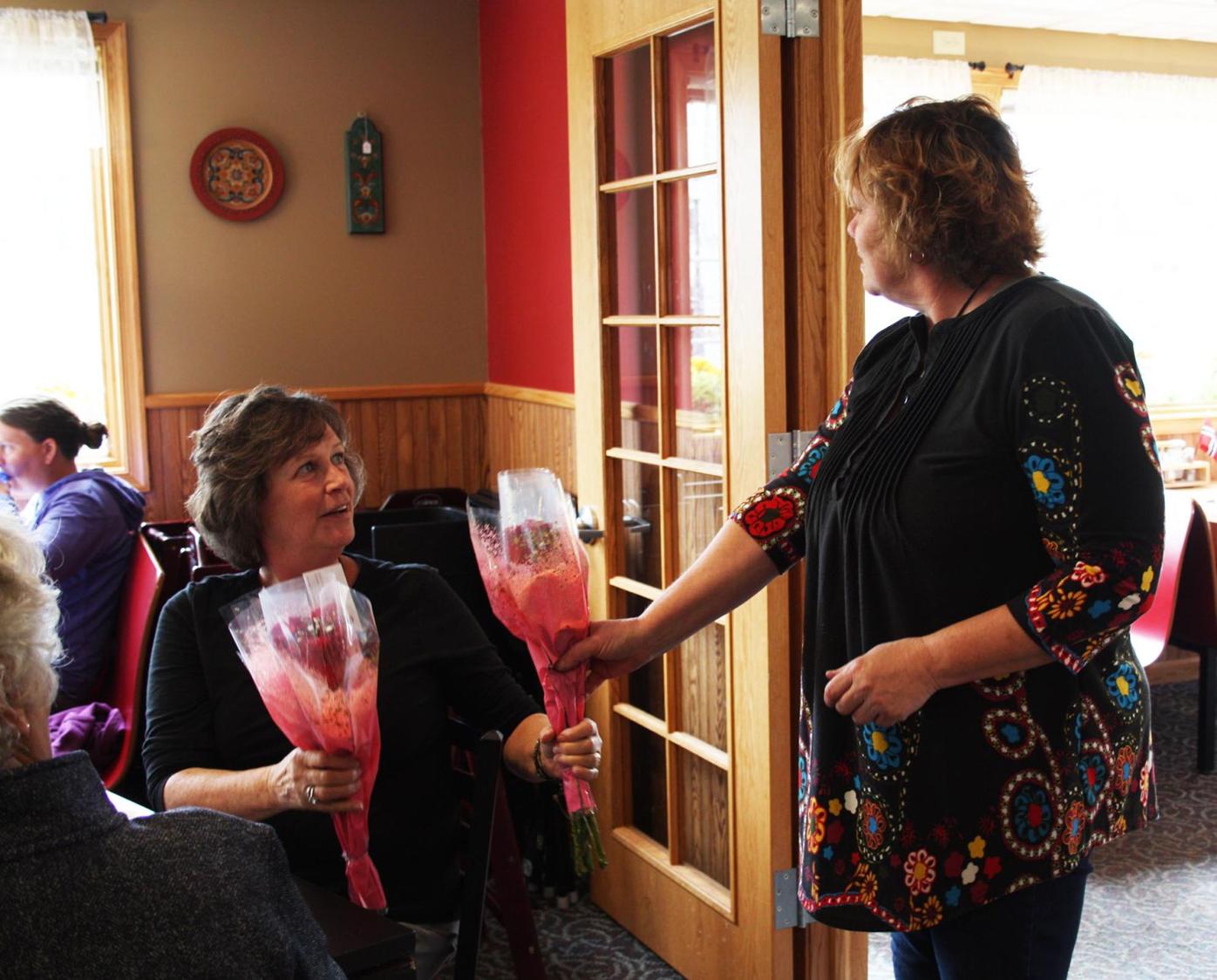 Co-owner of the Rose Cottage in DeForest Romni Pullen (right) gifts a stranger in Norske Nook with two bouquets last week as a part of national Petal It Forward day. 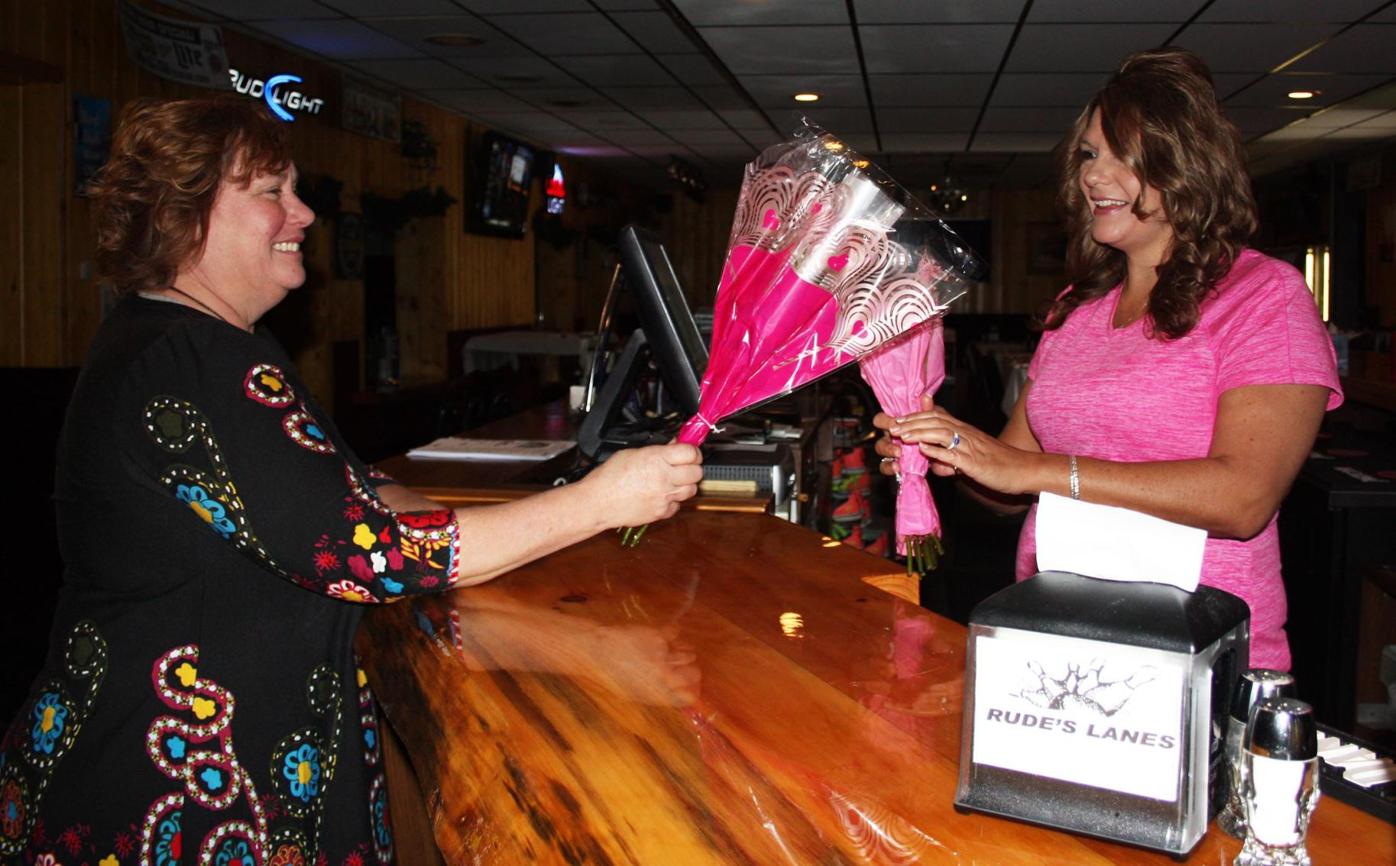 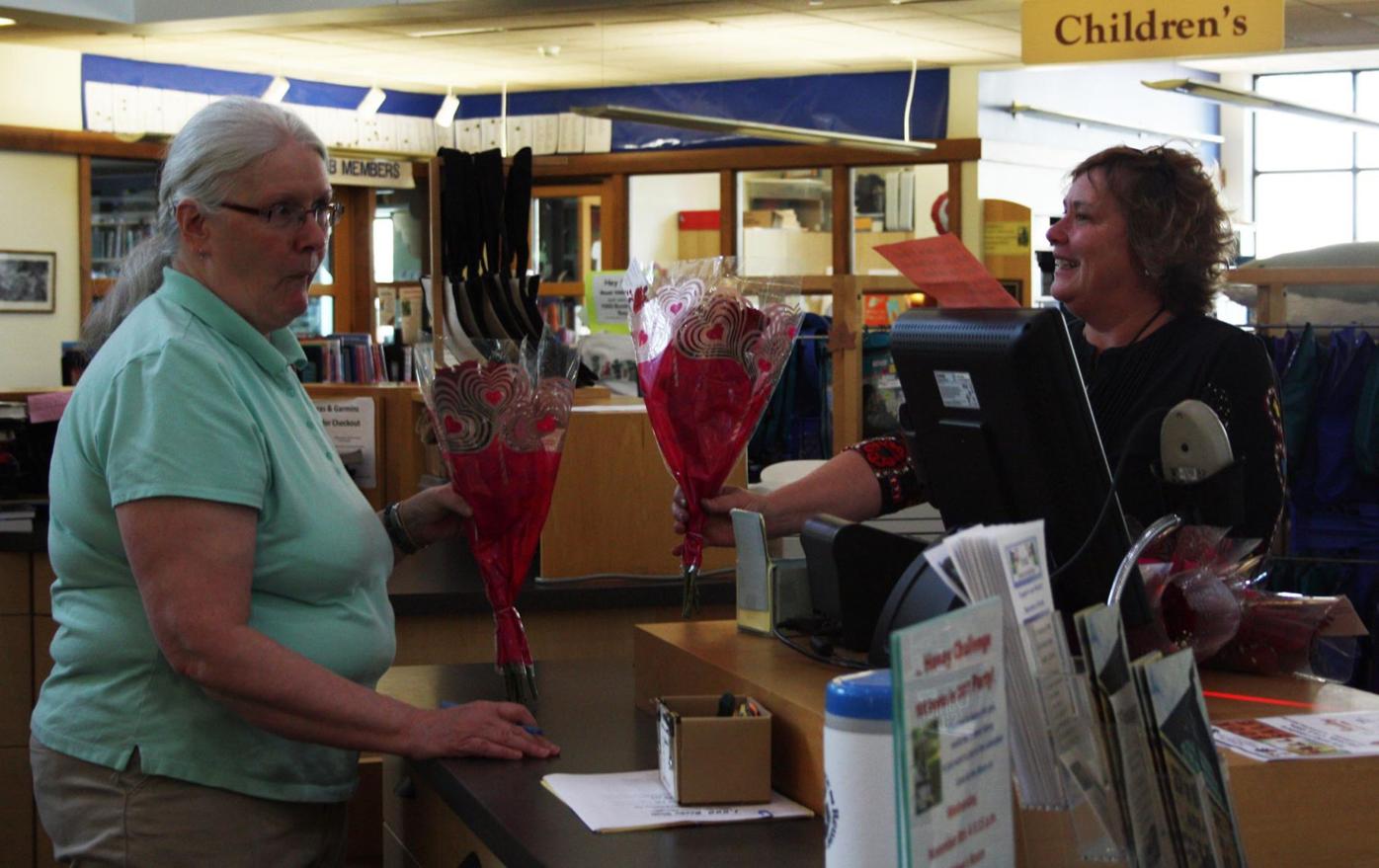 Co-owner of the Rose Cottage in DeForest Romni Pullen (right) gifts a stranger in Norske Nook with two bouquets last week as a part of national Petal It Forward day.

With all the negativity in the world, a local floral shop recently decided to join with florists across the nation to brighten strangers’ days with flowers.

DeForest’s Romni Pullen of the Rose Cottage spent some time last Wednesday afternoon bringing smiles and surprise to random individuals’ faces as she traveled around the community taking part in national Petal It Forward day. Although the day’s task was rather simple – hand out two bouquets to a stranger and ask them to give the second away to also Petal It Forward – the national movement aims to emphasize positivity and, for florists like Pullen, means more than just giving out free flowers from their shop.

“My partner, John Rodriguez, and I decided that we wanted to start doing a good deed for somebody every single day,” Pullen said, adding that when the wholesaler contacted Rose Cottage about doing a Petal It Forward event, they thought it was a good opportunity for doing just that.

Rodriguez spent the day handing out bouquets at businesses on his delivery route, while Pullen stayed local, gifting flowers to strangers inside the DeForest Area Public Library, as well as in Norske Nook and Rude’s Lanes. Between their individual efforts and presenting additional arrangements to the first 20 people who visited the Rose Cottage on Wednesday, the floral shop gave out 60 bouquets. Next year, Pullen said they will gift 100.

During the movement’s efforts on Oct. 11, floral industry members in over 460 cities participated in Petal It Forward events, according to the Society of American Florists (SAF). Like the Rose Cottage, in Wisconsin a number of florists joined in during the day, in areas including Columbus, Cottage Grove and Madison. The annual campaign, sponsored by SAF, aims to harness the “pay it forward” mentality and highlight the “positive benefits of giving and receiving flowers,”according to its website.

As for Pullen, she believes random acts of kindness like Petal It Forward give people a much-needed break from all of the negative they’re accustomed to seeing and feeling.