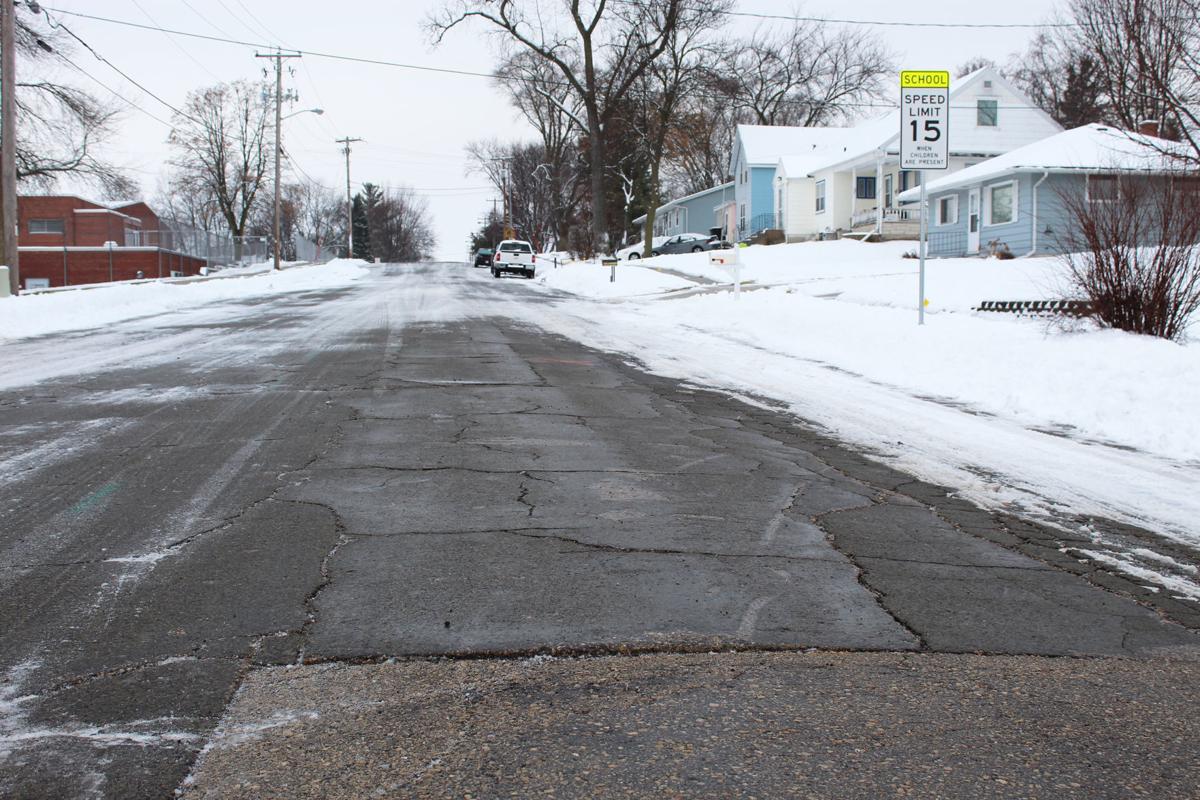 Columbia Avenue, near Eagle Point Elementary School, will be reconstructed this year from Madison Street to Cleveland Avenue. 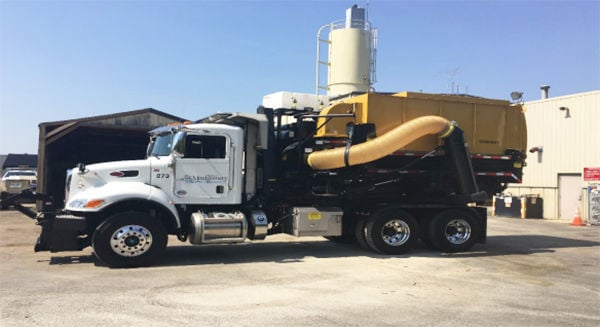 Pictured here is a truck similar to the one DeForest’s public works crew will be using for curbside leaf pick-up come fall.

Columbia Avenue, near Eagle Point Elementary School, will be reconstructed this year from Madison Street to Cleveland Avenue.

Pictured here is a truck similar to the one DeForest’s public works crew will be using for curbside leaf pick-up come fall.

It will be another busy year for local projects, as DeForest officials gear up to undertake items like a pool study, street projects and equipment purchases.

Many residents have inquired over the years about the village constructing a community pool. According to Director of Public Services Kelli Bialkowski, the idea clearly came into focus after the village completed its 2011-2015 parks and open space plan. At that time, staff polled the public about various topics, including what they’d like to see improved upon.

While staff worked last year on the newest parks and open space plan, they received similar responses. Bialkowski said talks of a pool have become “a very clear, dominant conversation.”

Reflecting on recent feedback, Bialkowski said residents want more activities available for the area’s teenagers, such as a pool. Additionally, a public pool could offer swimming lessons, which Bialkowski called “a life skill,” and more programming opportunities. However, details about the swim lessons would need to be ironed out, as the village currently provides the instruction at the high school’s facility.

After hearing the community’s opinions, the village board began discussing the topic, which eventually led to the upcoming pool study, slated to kick off this week.

“The board felt like it was time to at least start the conversation more seriously and pick out a location,” Bialkowski said. “Even if that means the pool financially can’t be done just yet, let’s just start planning for it in eventuality.”

When trustees approved the village’s 2020 budget, $35,000 was earmarked for the pool study, which aims to determine an optimal size, identify potential sites, explore amenities, pinpoint financial impacts and engage the community to establish facility’s needs. According to Bialkowski, officials planned to meet Tuesday to consider creating a pool task force and determine who will be involved in the process.

Officials aim to have the study wrapped up this spring, but Bialkowski said it’s hard to determine what will happen next, not knowing what will come out of the process. She said the board may want to put the topic to a referendum once costs are made clear.

On a separate but other water-related topic, designs for the splash pad to be installed in Fireman’s Park will begin this year. Bialkowski said staff is getting ready to dig into a grant application, which could fund $50,000 of the $450,000 project. The village will also reach out to the community in an attempt to fundraise an additional $25,000 for the amenity, according to Bialkowski.

Tentatively, the new splash pad, which will be the village’s second one, is anticipated to open in the summer of 2021.

Some might agree with the attitude that in Wisconsin there are only two seasons – winter and construction season. While local road projects might not get as much attention as interstate ones, there are several on the docket for DeForest this year.

Last week the village put several street projects out to bid, aiming to have them start in April and be complete by August. Reconstruction – meaning work to the street and its utilities underneath – is planned for Columbia Avenue from Madison Street to Cleveland Avenue. That project will include sidewalk replacement, removal and replacement of pavement, installation of curb and gutter and excavation to replace water, sanitary and storm sewer mains.

According to Greg Hall, the village’s public works project coordinator, DeForest staff use roads’ PASER scores to determine which streets receive updates. The PASER (Pavement Surface Evaluation and Rating) data rates roads on a 1-10 scale, with 10 being a new street and 1 being essentially gravel, according to Hall. The Wisconsin Department of Transportation requires municipalities to submit PASER data every other year.

Local streets with PASER scores of 3 or 4, “poor” ratings, are typically addressed first, according to Hall. Officials also consider how highly traveled a road is – those with more traffic often end up topping the priority list. Hall said thoroughfares like River Road and Main Street have been done recently, which means “some of those smaller roads on the back burner” are now being addressed.

Property owners near the work sites will receive multiple letters from the village, according to Hall, who anticipated the first round of communication would be sent out this week. Right before work starts in the spring, Hall will send out another mailing and residents can sign up for email updates throughout the project duration.

“One of my top priorities is to keep the residents alert of what’s going on and in tune with what’s happening,” Hall said.

A larger-scale road project in the village – the widening of Highway 19 from Interstate 39/90/94 to River Road near Fleet Farm – is already in the works. And while drivers may have seen changes happening recently, as crews prepare to make the two-lane stretch into four lanes and create a roundabout intersection at River Road, Hall said construction will pick up at the end of March, meaning motorists can expect delays.

More information about the Highway 19 project can be found at https://projects.511wi.gov/wis19riverroad/

Another village project relating to driving – construction on the Innovation Drive Bridge, which has been years in the making – may begin soon, depending on the weather, according to Hall. The bridge’s purpose is to provide a secondary access point into Conservancy Place. Its path will lead out onto County Road CV, roughly halfway between Vinburn and Windsor Roads.

Hall anticipates the Innovation Drive Bridge to be complete around August.

Some new traffic signals in DeForest are on the work schedule for 2020, too.

Residents can look forward to curbside leaf pick-up services beginning this fall. The village recently ordered its new leaf-vac truck and officials anticipate it will be ready in time for service later this year.

While its main purpose will be for leaf pick-up, the truck is multi-use, with the ability to haul snow during the winter. In addition, it will have a hook lift attachment for things like dump boxes.

The public service fleet will also receive a new dump truck, which will replace one being traded in, this year. The piece of equipment, anticipated to arrive in late summer or early fall, will have a plow, wing and salter; in addition to snow removal, it will be used to haul material from street projects, water main breaks and park projects.

On the public protection side of things, the DeForest Windsor Fire and EMS Department will also gain new equipment in 2020. The fire department’s Squad 1 and Engine 2 will be replaced with one rescue pumper for $775,000. In addition, Ambulance 54 will be substituted with a new $200,000 ambulance. Tentatively, the fresh fire and EMS equipment is scheduled to go into service in September.

For more about upcoming DeForest projects, residents should plan to attend the yearly projects open house, scheduled for Feb. 27, at which time they can browse renderings and talk with staff about goings-on.