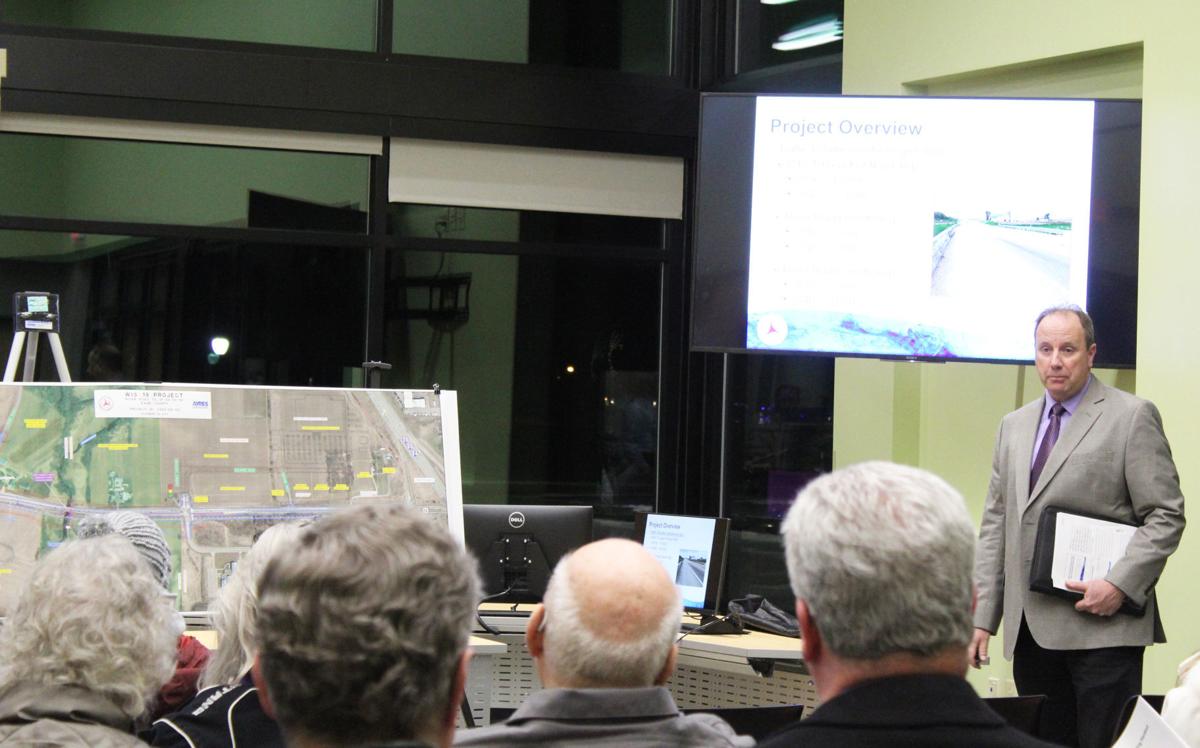 The Wisconsin Department of Transportation held a public involvement meeting last week about the upcoming Highway 19 expansion between River Road and I-39/90/94. Pictured here: Matthew Barr, the project’s manager with Ayres Associates, discusses the project plans during a presentation at the meeting. 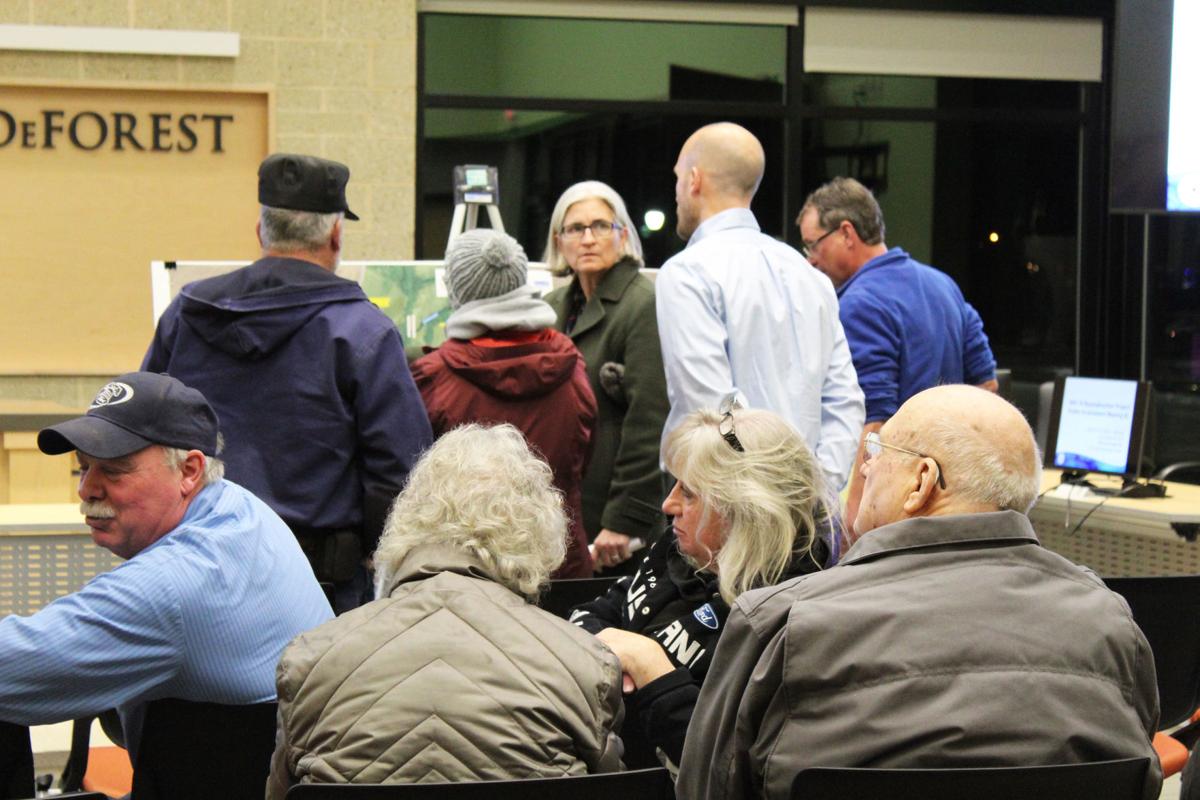 The Wisconsin Department of Transportation held a public involvement meeting last week about the upcoming Highway 19 expansion between River Road and I-39/90/94. Pictured here: Matthew Barr, the project’s manager with Ayres Associates, discusses the project plans during a presentation at the meeting.

It’s been six years since the Wisconsin Department of Transportation (WisDOT) initiated a project to add two lanes and address intersection needs to a local stretch of Highway 19. According to officials, construction is slated to begin in 2020.

The $9.8 million reconstruction of a 1.2 mile portion of Highway 19 just west of River Road to the I-39/90/94 interchange has been in the works since 2012. WisDOT held a second public involvement meeting about the project on Nov. 29 at DeForest Village Hall. Approximately two dozen people were in the crowd that listened to a presentation about the plans.

The project’s first public meeting occurred in 2016. Since then, officials have been working to acquire land along the corridor, create designs for two intersections and prepare an environmental impact document.

According to Matthew Barr, the project’s manager with Ayres Associates, traffic volumes along the stretch of Highway 19 are projected to grow to over 33,000 vehicles per day in 2040. In 2016 those volumes were a little over 18,000.

When construction begins in 2020, the section of roadway will be expanded from two to four lanes with a 50-foot median down the middle. The “deteriorating” bridge going over the Yahara River will also be replaced, which was one of the main reasons for the project, according to Barr. The current two-span bridge will be exchanged with two new single-span bridges, one in the existing bridge’s location and another approximately 50 feet south.

Additionally, a roundabout will be constructed at the River Road intersection, which was built in 2002. There will be two lanes in each direction along Highway 19 and one lane in each direction on River Road feeding into the roundabout, according to Barr. There will also be a full lighted intersection installed where Tierney Crossing and Liuna Way meet River Road. Once the project wraps up, there will be changes made to existing entrances/exits serving traffic going into Fleet Farm – the Cashel Way intersection there will remain, but the left-in option for drivers there will no longer be possible.

WisDOT will also be adding an access road off Highway 19 which will include a parking area along the Yahara River and a launch for canoes and kayaks, according to Barr.

While officials don’t yet have the project’s construction timeline finalized, Barr said Highway 19 will have at least one lane in each direction open at all times.

“We’re not going to let work occur at peak times,” Barr said. “… The plan is to build the new lanes along the southside of the roadway while traffic just stays where it is now and once the new lanes are built, shift all the traffic over to the south lanes and rebuild the north lanes.”

As for River Road during construction, Barr said officials plan to leave the south leg open for most of the timeline. However, they plan to close the north leg of River Road for the majority of construction. There will be a detour put into place which will direct vehicles north to County Highway CV that ties back to Highway 19 near the interstate. When asked by DeForest Village Board Trustee Jason Kramar what was driving the closure of that portion of River Road, Barr listed a number of factors.

“Any time you can close roads during construction it makes it safer for the workers, it speeds up the schedule of work and it’s less expensive,” Barr said.

Both Kramar and Windsor Village Board President Bob Wipperfurth expressed concern about the detour adding extra traffic to the area where County Highway CV meets Highway 19.

“It’s one of the worst intersections in all of Dane County,” Wipperfurth said. “… So now you’re going to be dumping a lot more traffic into that corridor. I’m hoping that there can be some provisions made to monitor and make sure that’s safe.”

When another attendee asked officials why they weren’t planning to build three lanes in each direction on Highway 19 during this project, Karla Knorr, a WisDOT project supervisor, said the projections revealed four lanes on the stretch will be enough to accommodate traffic for over 20 years.

Officials are still acquiring right-of-way lands for the project, which Barr estimated would continue into next summer. He said they will finalize construction plans in August 2019, with bidding for the project to occur late next year.