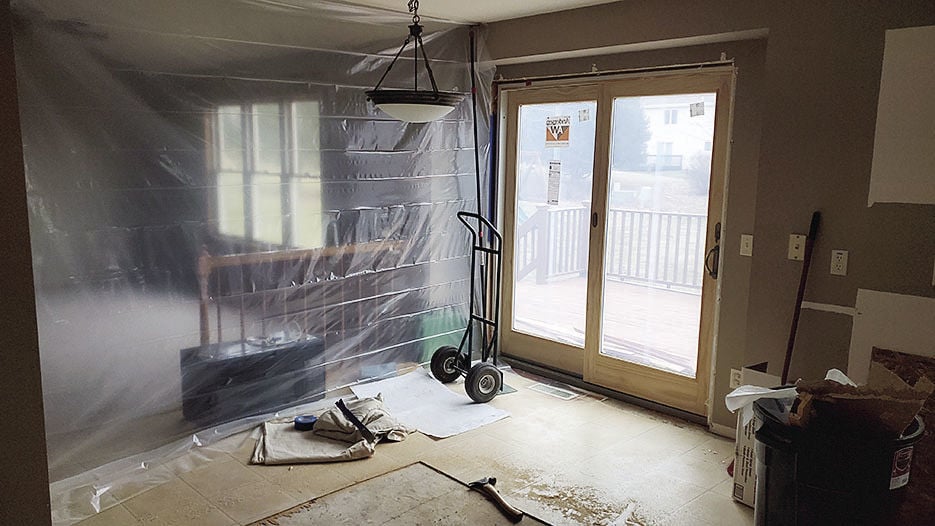 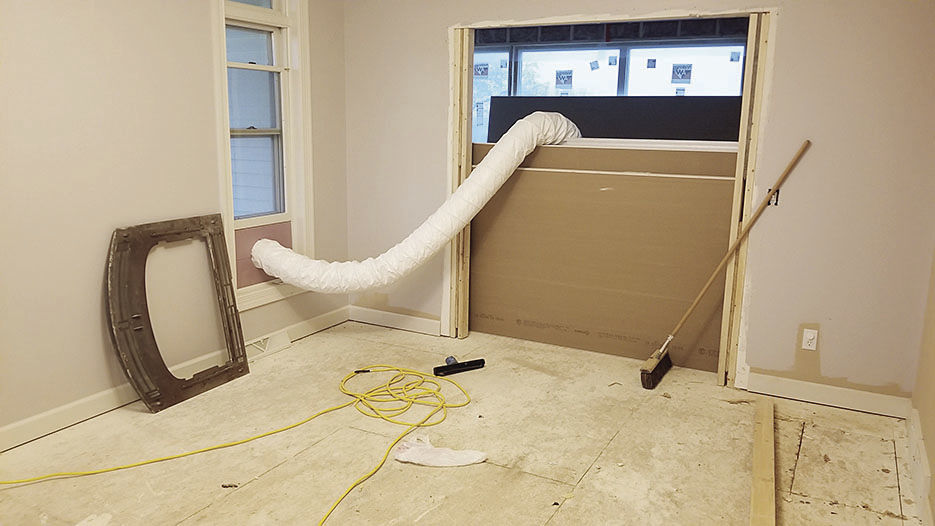 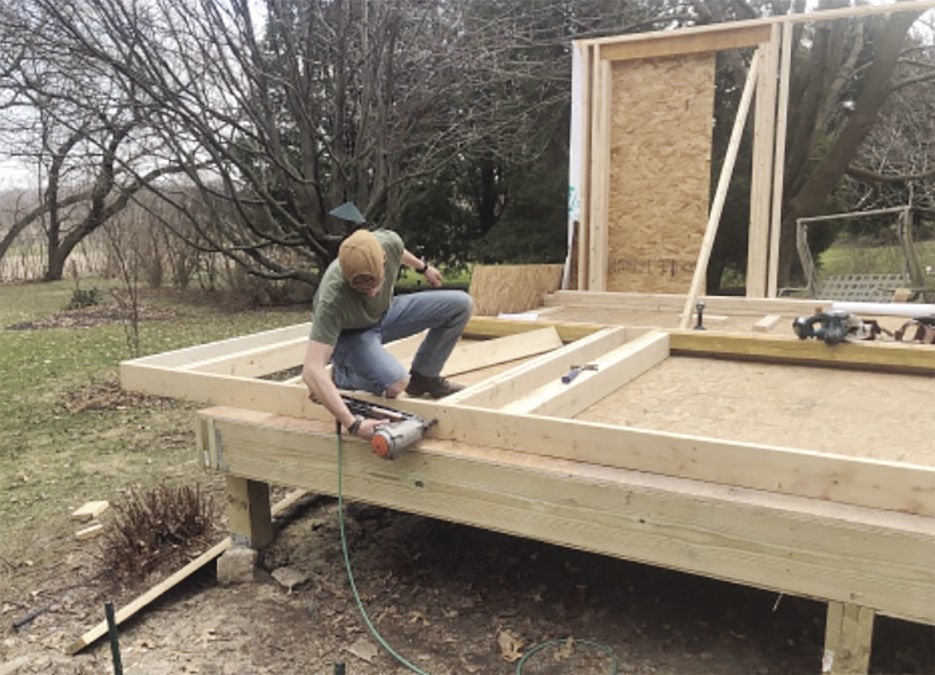 Calls had slowed considerably for DeForest’s Degnan Design-Build-Remodel for two weeks with the onset of the COVID-19 outbreak and Gov. Tony Evers’ Safer at Home order.

Then, a couple of weeks ago, the pace picked back up again, and the phone started ringing off the hook, making up for that initial loss in a hurry.

“We had several first meetings with people,” said Degnan, president of Degnan Design-Build-Remodel, whose interactions with customers have come by teleconferencing.

Tim O’Brien Homes, out of Pewaukee, does a lot of construction in the DeForest area. The pandemic has changed how the company deals with clients.

“We have gone to having our model homes open ‘by appointment only’ since the Governor’s order,” said Jamie Feivor, new home sales professional for Tim O’Brien Homes. “This obviously has made it more difficult to connect with customers and prospects since so many of them like to walk through model homes and available spec homes for sale. Our sales team has been able to overcome this by setting virtual appointments and using technology to adapt.”

That’s a common theme in the industry.

Working virtually with clients is becoming the new normal for home construction and remodeling companies.

For Karl Beckman, of Beckman Builders in DeForest, that’s especially true with material selection. Beckman explained that he sends clients to websites to view them. However, if that doesn’t work, he drops off materials with clients to let them see them up close, while still maintaining social distancing.

Beckman said COVID-19 did lead to a drop in business, but that may be changing with Gov. Tony Evers relaxing some of the Safer at Home restrictions with his Badger Bounce Back plan.

“It’s slowed down some, with bidding on projects and people not wanting us in their homes,” said Beckman.

Over the April 24-25 weekend, Beckman said he got six contacts.

“There was nice weather, and people said they’d like to do something, so it’s picking back up,” said Beckman.

Currently, Beckman Builders is finishing up the kitchen and bath projects the company was working on before the spread of the coronavirus, using plastic sheeting to wall off workers from homeowners. Basement projects, too, allow for that kind of separation.

Beckman expects to start on more exterior home projects “where we’re not infringing on homeowners’ space,” as well as doing more of the cosmetic work prevented by Gov. Evers’ initial order.

Outside work will be good for following shelter-in-place provisions, according to Beckman. It’ll give homeowners improved outdoor spaces to use during the quarantines.

“If they’re stuck at home, they can enjoy their backyard,” said Beckman.

Degnan advises that outdoor living projects, such as building a deck or performing landscape work is feasible. Adding a patio, fire pit, outdoor kitchen, pergola or gazebo can be accomplished safely, according to Degnan. In a blog, Degnan wrote that “home improvements are permitted to take care of critical housing infrastructure in compliance with the ‘Safer at Home’ order.”

Getting supplies has become a bit of a challenge. Where materials used to take four to six weeks to arrive, Beckman said they are now expecting shipping time of at least two months. He explained that suppliers are behind because they don’t have the amount of workers to make their products.

Crystal Welsh, a floor and home consultant with Madison’s Coyle Carpet One, has seen the same thing.

“Material has been affected with longer lead times or unknown lead times due to factories being shut down/delayed or fewer employees working with production declining,” said Welsh.

Otherwise, however, it’s been business as usual for Coyle Carpet One. Welsh works mainly with residential new construction. She said she’s been busy with homes being bid, selections being made and installations taking place.

“We have been labeled as essential,” said Welsh. “Our showroom has remained open but with shortened hours and by appointment only with specific designers. Most of our installers are still working. Our residential new construction, apartment and commercial contract business is open and moving forward as normal.”

What can be done?

Even with area residents self-quarantining, home remodeling and new construction work can still take place, according to Degnan.

“There could be things that are driving you crazy about your home right now as you are spending much more time there during the COVID-19 crisis,” said Degnan, who has written a blog on the Degnan Design-Build-Remodel website about the subject.

Degnan said it is still safe to remodel at this time, with social distancing being practiced. That’s especially true of outdoor projects.

“A carpenter who can work solo or a pair of carpenters working on a deck, screen porch, three-season room, or other addition can work safely,” said Degnan. “The general contractor should carefully schedule trade contractors such as electricians, insulators, drywallers, and flooring installers to minimize contact and only have one of these trade contractors on-site at any given time. This working style is normal under most circumstances and will have minimal impact on the overall schedule of the job.”

Degan also said that projects are staged so that most work is completed outside the home, leading to less time inside a house for workers.

“A professional remodeling company should already be skilled at cleanliness and confining work areas during the remodeling process,” writes Degnan, in his blog. “The additional steps needed for health and safety during the COVID-19 crisis is a minimal amount of extra work.”

If completing a room addition, having a patio door or French door that will remain in place between the house and the new room keeps work areas isolated, according to Degnan. He cautions that workers may need access to the rest of the home a few times to take care of electrical work.

Work on four-season rooms offer different challenges. That’s where plastic construction dust barriers come in, as well as HEPA filters. They help keep workers in areas isolated from the home. Such filters are used to handle dust and scrub the air, while creating a negative air chamber, according to Beckman.

Feivor said indoor air quality is more important than ever.

“We’ve worked hard to avoid any safety issues by limiting the number of trade partners in the home working at once, sanitizing homes, wearing masks during pre-construction and pre-move-in appointments with customers, etc.,” said Feivor.

Beckman said his workers are diligent in wiping things down. In certain spaces, they are wearing masks and gloves. However, gloves can’t be worn for some work because they tear, said Beckman.

While the situation has caused some uncertainty in the housing market, homeowners still feel the need to make changes and the time is right, according to Feivor.

“Interest rates are still historically low, making now a great time to buy or build,” said Feivor. “Also, many people do not want to walk through and purchase an existing home at this time, so new construction has that advantage over resale.”

For Degnan, it’s also a good time to plan for a renovation, so everything can be in place for it at a later date. He explained that the design and estimating process takes months, and top-flight remodelers already have a backlog of work that’s just as long. Degnan opined that backlog will grow larger as jobs slow or are put on hold temporarily.

Degnan suggests starting on the design and selections process now via video chats and limiting the amount of in-person appointments.

“This will set people up for being ready to proceed with their project as things return to normal and the backlog of work heads for production,” Degnan writes. “Waiting too long could result in several months or even a year’s delay compared to what you were prior hoping for.”