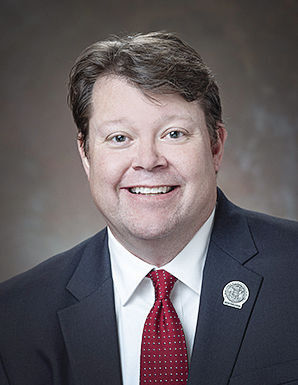 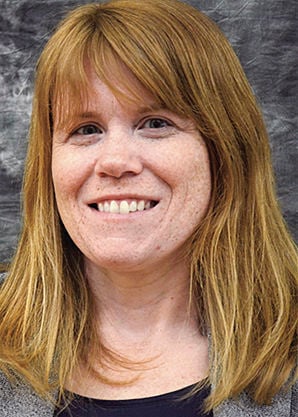 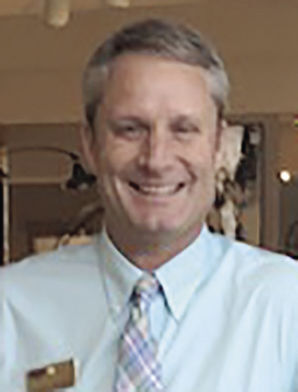 Incumbent John Jagler, a Republican from Watertown, is facing a challenge from two local candidates in the race for the 37th Assembly seat in the Wisconsin State Legislature.

Democrat Abigail Lowery, a member of the DeForest Village Board, and independent Stephen Ratzlaff, also from DeForest, are both vying against Jagler in the upcoming Nov. 3 election.

All three talked to the DeForest Times-Tribune about their backgrounds, the issues they feel are important to local voters and what makes them the right person for the job.

Originally from the Lodi-Poynette area, with a lifelong connection to Columbia County, Lowery has lived the last 12 years in DeForest. It’s where she moved with her husband after they were married.

A stay-at-home parent currently, Lowery formerly worked as a special education teacher. Lowery said she has enjoyed serving on the village board and has enjoyed campaigning and talking to people.

As a member of the village board, Lowery said most of her job involves listening to constituents.

“I do a lot more listening than talking,” said Lowery.

That helps her gather valuable information on how to represent people, she said.

Lowery believes the 37th Assembly district needs better representation, and that goes double for the DeForest-Windsor area, which is divided up into three districts “because we have gerrymandering,” said Lowery.

Lowery said the incumbent Jagler is rarely ever in the local area. She also feels it’s hard to get ahold of him.

Lowery said she is running to help create a better future for her children and those of her constituents. She is worried about the climate crisis and doesn’t see current elected officials doing anything about it.

Getting rid of gerrymandered districts in the state is a top priority for Lowery. She’s all for redrawing the maps, instead of leaving them as is, which she feels leads to the same people being elected for the same seats over and over.

“There’s a need for competitive elections, rather than handing them to the same incumbents year after year,” said Lowery.

Lowery doesn’t like how the DeForest-Windsor area is carved up into three districts. Up until a year ago, Lowery lived right on a dividing line, which made it difficult for her neighbors to determine who their representatives were.

The makeup of the district is also a problem. For example, Lowery compared the communities of DeForest and Ixonia, saying they are very different. Issues that are important in one locale may not generate much concern in others in the district. As an example, Lowery cited the proposed liquified natural gas plant proposed for Ixonia.

“I would bet that 95 percent of the people here have no idea that’s going on there,” said Lowery.

If elected, Lowery said she would also do what she could to help Wisconsin accept federal Medicare expansion. She said the funding would help cover medical expenses for 80,000 people, while adding it could also be used for other health care initiatives.

One would involve providing health care for those who work with people with disabilities. Lowery said they don’t earn a living wage currently, and that leads to a revolving door of caregivers. She sees that happening with the care provided for her own brother.

Lowery feels her experience as a special education teacher would serve her well in the Assembly. While in that job, Lowery had to write up individualized education plans and other documents for her students.

“I feel I was really strong in drafting IEPs and hearing all stakeholders,” said Lowery, who believes those skills will translate into her becoming a good Assembly representative.

Being a voice for “those who feel voiceless and powerless” is something that drives her political aspirations. Having an autistic brother has also given Lowery a sense of how to handle bureaucratic red tape. Also, being on the village board has helped Lowery become familiar with a number of local officials in the district. She’s come to understand and become familiar with their concerns.

Lowery feels there are clear differences between herself and the others running for the seat. Regarding redistricting, she said of Jagler that he “thinks the current process is working.”

Lowery is also keen on closing dark store loopholes, where companies want to be taxed at the local level as if their stores are empty buildings.

Lowery said she would also work toward having a better plan to deal with COVID-19 and to take action on crucial infrastructure and transportation issues in the state.

After growing up in Rhinelander, Ratzlaff transferred to Monona Grove in his senior year of high school. He’s lived in the area ever since, except for a short stint in the Navy.

He worked at American TV & Appliance selling furniture until the company closed all of its stores in 2014. Since then, Ratzlaff has been in furniture sales at Steinhafels.

Between 1998 and 2017, Ratzlaff also worked as an EMT in the Deerfield-Cottage Grove area.

So, what made him throw his hat into the ring?

“I just got fed up with politicians not being accountable to their constituents,” said Ratzlaff. “They don’t return phone calls or emails.”

Ratzlaff said that Jagler is “out of touch with constituents” and talked about never being able to get ahold of him.

Looking at the bigger picture, Ratzlaff believes that the 37th Assembly district is too stretched out and gerrymandered, which contributes to the lack of accountability.

One of the biggest concerns to Ratzlaff is the condition of state roads. To Ratzlaff, it’s a non-partisan issue.

“It affects poor people. It affects rich people. Whether you’re Democrat or Republican, we all use the same roads,” said Ratzlaff.

To pay for road improvements, Ratzlaff advocates a return to gas tax indexing, which Lowery agrees with. The idea tied gas tax increases to inflation, allowing them to rise automatically. It was the way the state funded road construction projects between 1985 and 2006, when the system was repealed by Gov. Doyle.

Ratzlaff thinks that was a mistake.

“With inflation, the costs of these projects go up, and now we can’t keep up,” said Ratzlaff. “Basically, the longer we go, the farther we’re going to get behind the 8-ball.”

The first thing Ratzlaff said he would do if elected is to introduce a bill re-indexing the gas tax and tying it to the Consumer Price Index.

Secondly, Ratzlaff wants to do away with gerrymandering, which he also sees as a nonpartisan issue.

“I believe voters should pick their representatives, not the other way around,” said Ratzlaff, who hopes Wisconsin will follow the Iowa model. “If the GOP has a better idea, I’d be happy to hear it.”

Establishing term limits for legislators is another priority for Ratzlaff.

“There needs to be citizen legislators, not professional politicians,” said Ratzlaff. “That’s why nothing is getting done. Everybody is too entrenched.”

While some of those concerns may overlap with those of Lowery, Ratzlaff is quick to note their differences. Ratzlaff said that those who caused property damage during protests in Madison related to alleged incidents of police brutality against African-Americans should be considered lawbreakers and need to be held accountable.

“We have to have law and order or we’ll fall apart,” said Ratzlaff, who has lived in DeForest since 2004.

When asked about his qualifications, Ratzlaff said he has the ability to listen to people. That comes from his sales background, which he said also helps him solve complex situations in order to get things done. And, as a salesperson, he is always accountable to customers.

Ratzlaff said that while he’s running as an independent, he said, “When people ask which way I tilt, I say to the right.” He’s been a Republican most of his life.

Currently finishing up his fourth term representing Assembly District 37, Jagler has lived in Watertown for around 30 years. He is married with three kids.

Formerly, Jagler served as a news reporter and then hosted a morning show on the radio station WTMJ, before leaving in 2010 to work with Wisconsin State Senator Scott Fitzgerald, who was then elected by his party as the Senate majority leader.

Jagler worked with Fitzgerald during the contentious Act 10 period, and when redistricting occurred, Jagler was encouraged to run for the 37th Assembly seat.

These days, Jagler also works in real estate, is a communications consultant and helps run a family business selling dog treats. It was started for one of their children who has Down’s syndrome and Jagler said it has become a full-time family business.

“I have lots of irons in the fire,” said Jagler.

Jagler believes the biggest issue facing Wisconsin is the state’s response to COVID-19, with the most pressing and most challenging concern being next year’s state budget. Decreases in the amount of sales tax generated by the state could have a big impact.

By re-establishing the so-called “Rainy Day Fund,” also known as the Budget Stabilization Fund, in the last decade, the Legislature has positioned the state to come through the pandemic in better shape than neighboring states, according to Jagler.

Making sure state hospitals have everything they need to handle the uptick in coronavirus cases is another one of Jagler’s priorities.

Jagler thinks his experience separates him from the other candidates and that it will be especially important during what the upcoming budget cycle, which is expected to be challenging. It’s also a crucial factor, Jagler feels, because he said he and his office have helped constituents navigate state government bureaucracy to get unemployment compensation and small business funding to keep them afloat through COVID-19.

Fixing state roads is another top concern. Jagler feels the long-term solution to the issue is open road tolling, also called cashless tolling or free-flow tolling. It’s a system that would collect tolls on toll roads to fund road construction in the state without using toll booths.

“It’s been a privilege to represent the district these last four sessions,” said Jagler. “I don’t take that lightly. We have a good staff that’s helping constituents and I’m proud of that.”