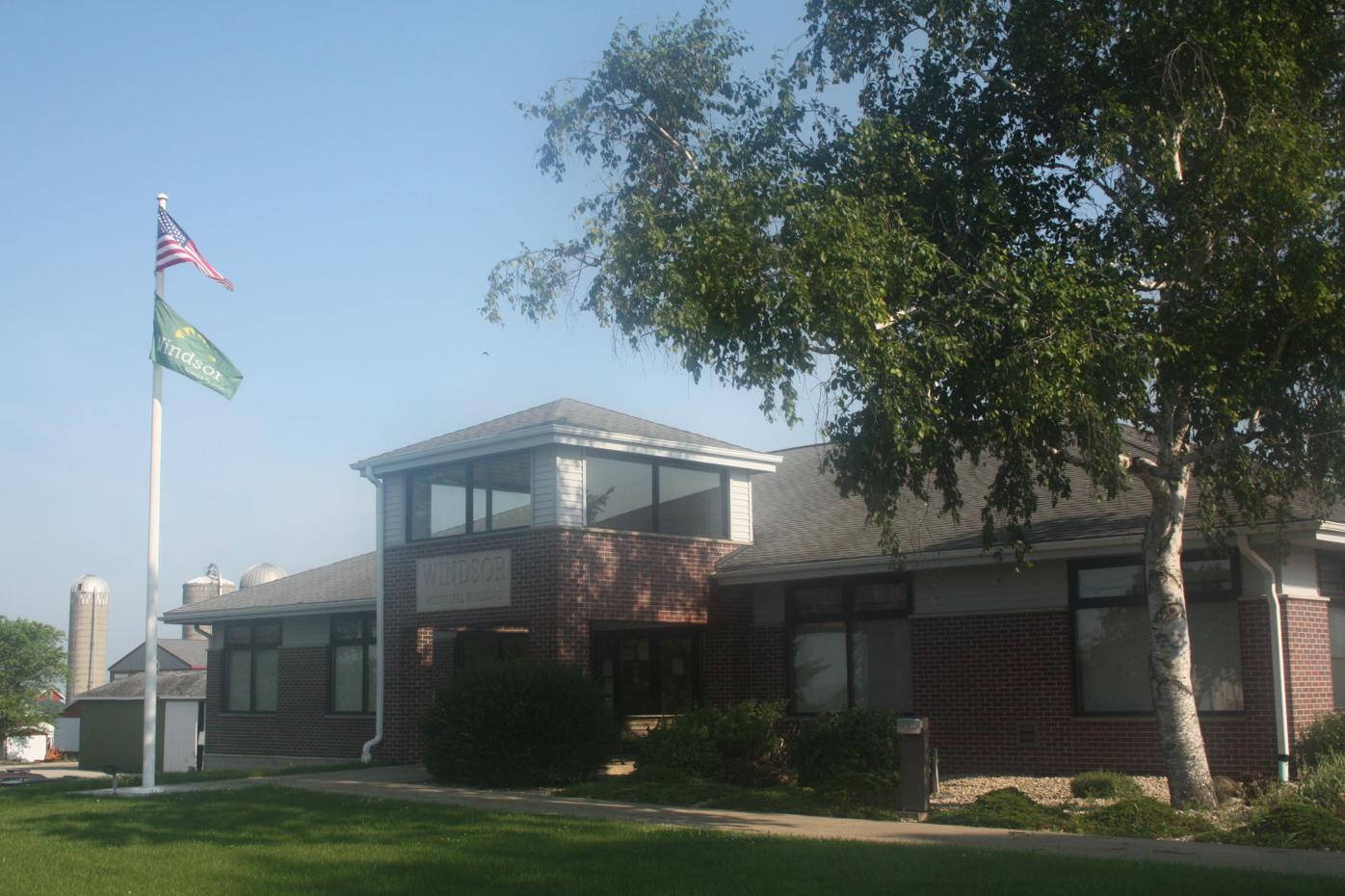 The proposed Gebhardt Development apartment complex, as summarized to the Village Board by Windsor Village Deputy Administrator and Director of Economic Development Jamie Rybarczyk, would include a single apartment building south of Gray Road (shown vertically on left) with an adjacent plot dedicated to a conservancy area.

The proposed Gebhardt Development apartment complex, as summarized to the Village Board by Windsor Village Deputy Administrator and Director of Economic Development Jamie Rybarczyk, would include a single apartment building south of Gray Road (shown vertically on left) with an adjacent plot dedicated to a conservancy area.

The Windsor Village Board gave preliminary approval for a 122-unit, four-story apartment building planned for construction at Gray Road and County Highway CV.

In a unanimous vote of four-to-zero, the Windsor Village Board agreed to move forward with the project proposed by Gebhardt Development. Village Board President Bob Wipperfurth also recognized the validity of some of the concerns of those who have shared skepticism and opposition to the plan, highlighting traffic safety and infrastructure improvement as a priority for both the villages of Windsor and DeForest.

In the Sept. 2 meeting Jamie Rybarczyk, in presenting the proposal, addressed some of the steps that had followed the Plan Commission meeting where the project was given approval to go before the Village Board.

“There were several residents that brought up the issue of traffic,” said Rybarczyk,” explaining that Gebhardt Development had hired a contractor to put together a traffic impact study, which estimated that the development would add around 665 vehicle trips per day, but only 40 trips and 55 trips expected in the peak morning and evening hours, and the others spread throughout the day.

When asked by Wipperfurth about public input on the subject since several residents spoke at the Plan Commission meeting, Rybarczyk gave a tally of two emails--one for, one against--a letter from United Church of Christ of Windsor in support, and a phone call earlier that day that was in support of the project.

Windsor resident Michael Esser, speaking as someone who lives in the area north of Gray Road, pointed out that the data offered from the traffic study was dated as early as 2018 and that significant growth has happened in the area in the meantime.

“Also Innovation Drive has come online and added traffic,” said Esser. “The data that measures the anticipated outflow for the parking lot onto Gray Road--it just seems low with the number of residents that will be there and the number of parking stalls.”

Specifically, to address the issue, Esser recommended that the village add a right-hand turn lane at the intersection of Gray Road and CV.

Wipperfurth was receptive to the idea as a separate, if relevant issue.

“I would agree with you that in some respects adding a right-hand turn lane should help significantly,” said Wipperfurth. “We’re just trying to get a better understanding of area needs before we go to site specifics. I think your thoughts are well-warranted and we’ll take them into advisement.”

Resident Megan Grundahl spoke up to offer support for the project, saying that in her work in landscaping with Manthe Lawn Care, she had worked with Gebhardt and had seen a track record of respectable standards for their properties.

The company’s reputation and business model was a key factor for Wipperfurth as well, as he explained it was important that Gebhardt Development was in the business of retaining ownership and maintaining on-site management, as opposed to flipping buildings for sale to separate property managers, “I think they run a pretty clean operation.”

Trustee Bruce Stravinsky gave support for Esser’s argument for a right-hand turn lane, and something that could be addressed in CV renovation in the next two to three years.

Wipperfurth explained that the village was planning for discussions with Dane County of a plan for the whole of the CV corridor, including lighting, stormwater management and traffic: “we’re going to look at all the intersections as well to see what needs to be done to improve those.”

The resolution passed 4-to-0 due to the absence of Trustee Don Madelung, who submitted his resignation, which was announced at the previous meeting. Madelung announced that he would be unable to continue on the board as he pursued a new professional opportunity.

An interim trustee would need to be selected until the next election in Spring 2022. As Wipperfurth opened the floor to recommendations of how the board would like to handle the situation, board members gave their support to a process similar to that last time they had a vacancy.

The village would take applications for the position to be reviewed by Wipperfurth and Village Administrator Tina Butteris, who would then offer their recommendation, or recommendations, for the board to review and approve or decide whether to continue the search.

Village Trustee Kristine Schmidt was appointed to her position through such a process in July 2020. The village will receive applications for the vacant seat through 4:30 p.m. on Oct.1.