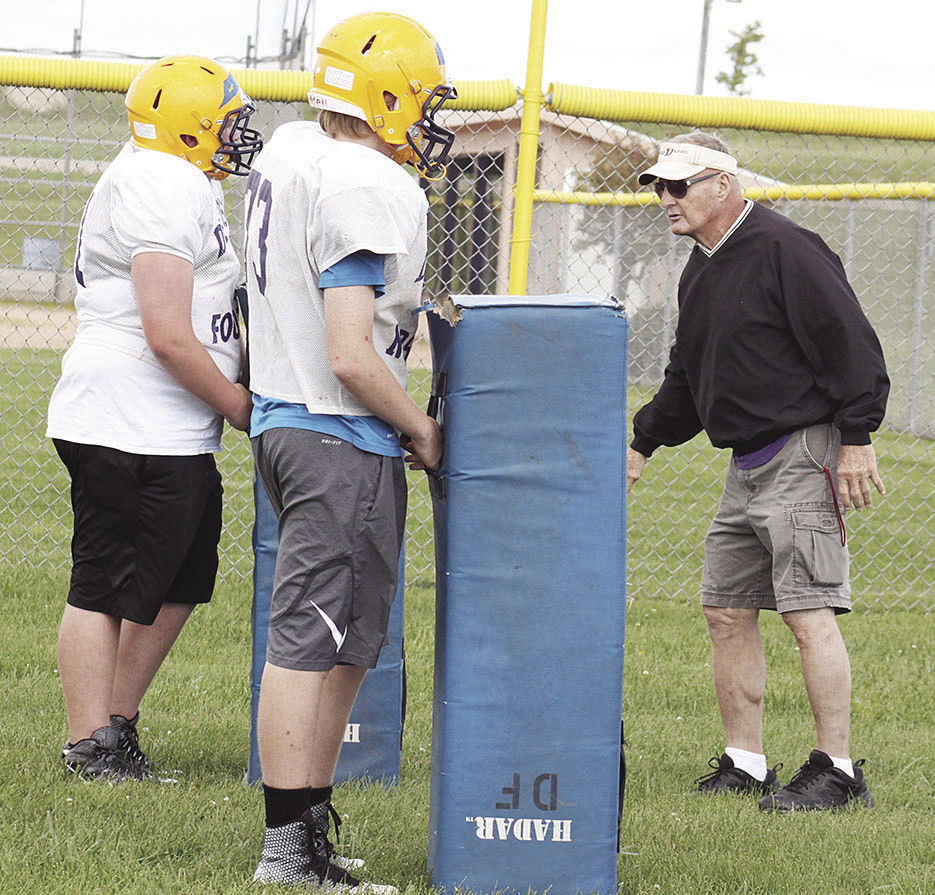 Hall of Fame coach Jerry Roelke coached DeForest football for 50 years, with his final season come in 2017. His spent 32 of those years as the varsity head coach. 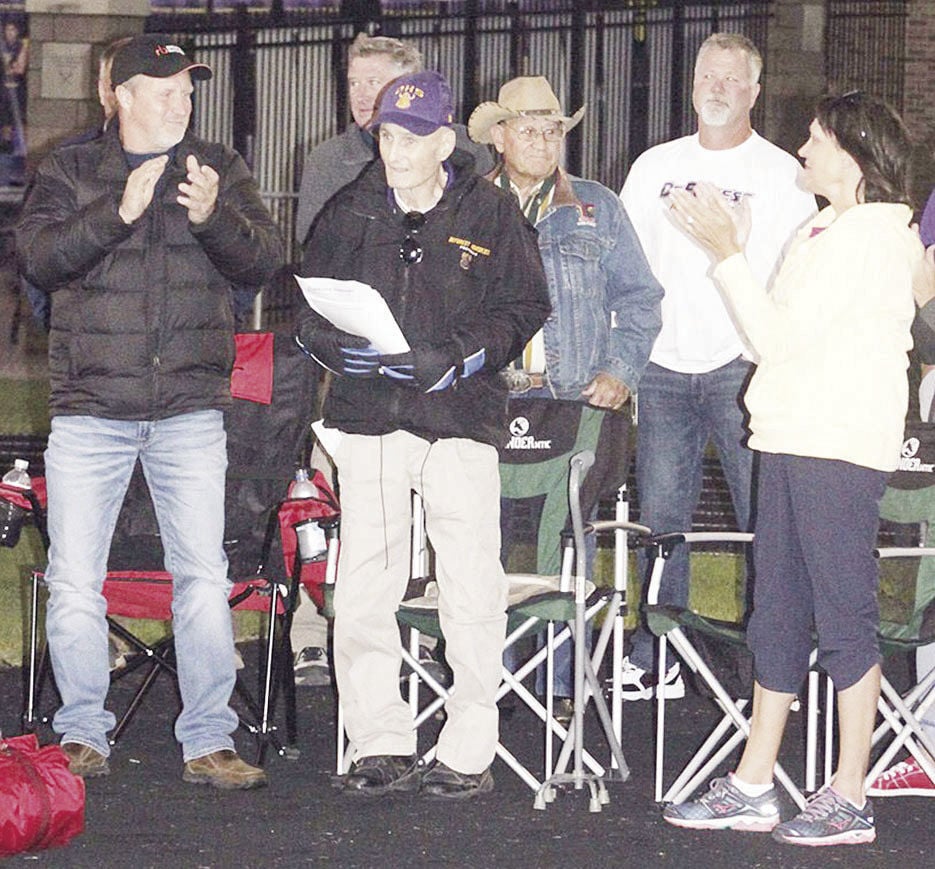 Long-time DeForest football coach Jerry Roelke lost his battle with cancer on Oct. 8. The Hall of Fame coach returned to see his former team play one last time on Sept. 13 and was recognized during the Norskies’ win over Portage.

Hall of Fame coach Jerry Roelke coached DeForest football for 50 years, with his final season come in 2017. His spent 32 of those years as the varsity head coach.

Long-time DeForest football coach Jerry Roelke lost his battle with cancer on Oct. 8. The Hall of Fame coach returned to see his former team play one last time on Sept. 13 and was recognized during the Norskies’ win over Portage.

There is no doubting the love former coach Jerry Roelke had for the DeForest football program. The school and program meant everything to the Hall of Fame coach.

Even in his final days, the Norskies were on his mind. One of his final wishes was to make the trip from Florida to DeForest to watch his former team. He made the trip with his wife and daughter to see the Norskies face Portage at Stalder field on Sept. 13.

“It was really special to have him up for a game,” current Norski coach Mike Minick said. “For him to write his script and come and be at a game was really special. I know he was excited about doing it. The reception for him was incredible.”

It would be the final time in DeForest for Roelke, 77. He lost his battle with cancer on Oct. 8.

“You know cancer is bad when it takes down a man like that,” said Jerry Holmes, who was a part of Roelke’s 1982 state championship team.

His appearance at the game earlier this season meant a lot of the current Norskies.

“He meant everything to the program,” Norski senior quarterback Trey Schroeder said. “He put in a lot of work into everything he did. He taught us a lot of lessons. His dedication to the program and love for football was unmatched.”

Minick, who played for Roelke and replaced him as head coach, says there is little doubt what the long-time coach meant to the program.

“He is the face of DeForest football along with coach (Dutch) Stalder,” Minick said. “They laid the ground work for this program and the tradition we have.”

Roelke’s winning tradition continues with this year’s Norski squad, which is 8-0 heading into the final game of the regular season this Friday. He coached this year’s junior and senior classes as freshmen.

“The rest of the season we will be playing for him,” Schroeder said.

Roelke coached the Norskies for 50 years until the end of the 2017 season. He spent the first 32 years as DeForest’s head coach.

“It is a tough time right now,” Minick said. “He was a father figure to many, including myself. He was a tremendous man and human being. We are going to miss coach a lot.”

Roelke compiled an impressive record of 186-118-1 as head coach. It helped him earn a spot in the Wisconsin Football Coaches Association Hall of Fame in 2001.

“Back then he was a hard-nosed coach,” Holmes said. “He was a very fair coach, but he expected a lot out of everybody. He softened a bit as the years went on, but was always a great coach.”

Roelke stepped down as head coach following the 2000 season and Minick took over.

“Everything I do is because of him,” Minick said. “He is my mentor and I always look at how he ran his program for so many years and tried to build on that.”

Along with being a teacher in the district, Roelke served as DeForest’s athletic director from 1974-1992. During his tenure, the school had 75 percent of its student population involved in at least one sport.

“He has influenced thousands of kids,” Minick said. “He would push you in the right direction when he thought you were veering off the wrong way. He helped a lot of people.”

Even after giving up the head coaching job, Roelke stayed on with the program for another 18 years.

“He loves kids,” Minick said. “He just couldn’t get away from the practice field and working with young people. It was so in his blood.”

Holmes is like many in DeForest who played for Roelke and later had his son play for the legendary coach. He also coached alongside him for several years.

“He started out as my coach and teacher but over the years he also became a close friend and somebody I respected very much,” Holmes said. “He was a guy who would do anything for you.”

Schroeder is also the second generation in his family to play for Roelke.

“Knowing that he coached my father and was still around to coach me shows how much he cared about the program,” Schroeder said.

Roelke’s final trip to DeForest was special. It gave his former players and students a chance to show how much they cared about him.

“He was in great spirits that night,” Holmes said. “People really wanted to see him. They kept stopping by all game long. He was very excited, but tired at the end of the night.”

This Saturday, a celebration of life will be held for Roelke at DHS. A visitation will be held from 10 a.m.-2 p.m., immediately followed by a funeral service.